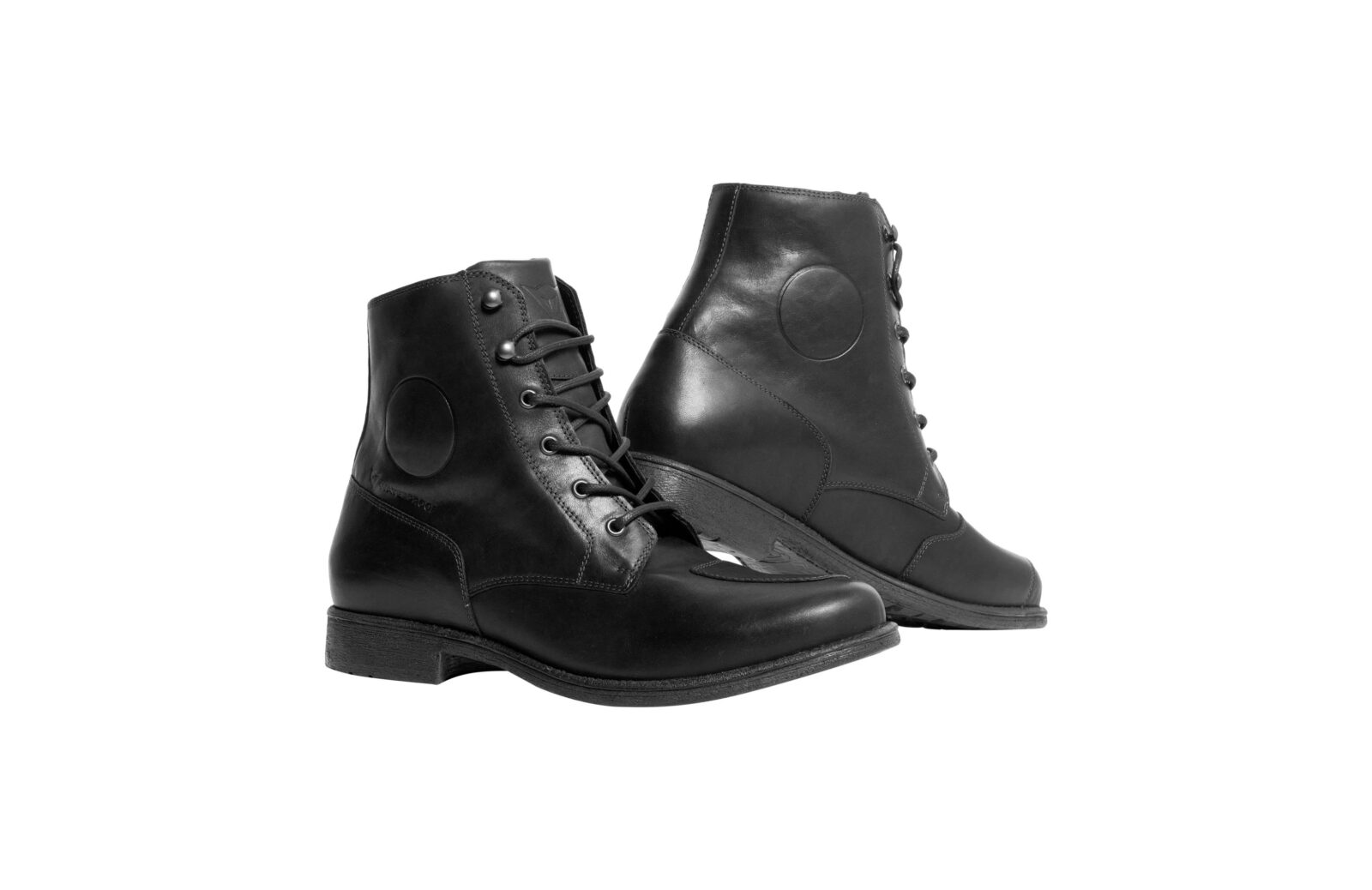 The new Dainese Shelton D-WP Boots look almost completely like regular streetwear, making them ideal for urban and city riders who need to walk without hobbling when they get off their bike.

Each pair os made with a full grain cowhide leather upper fitted with an internal D-WP breathable waterproof membrane to keep your feet dry during unexpected downpours. There’s built-in malleolus protection and a stiffened sole to help protect your feet against injury – as a result the boots are certified to the CE – Cat. II – EN 13634 safety standard.

Dainese offer the new boots in either black (above) or dark brown (below), with sizes ranging from 40 to 46 and an MSRP of $219.95 USD. Outside of the realm of motorcycles you’d be hard-pressed to find good pair of Italian leather shoes for under $220 USD, which makes the Shelton D-WP Motorcycle Boots seem like a good buy.

Lino Dainese and the History

Dainese is a dyed-in-the-wool Italian company but it was founded because of a trip on a Vespa to London by company founder Lino Dainese in 1968 when he was just 20 years old. It was in Britain that he saw the original cafe racers being piloted at high-speed by Ton Up Boys, wearing their protective leathers.

On his return to Italy he decided to dedicate himself to designing and manufacturing the best motorcycle leathers in the country, and some of the best in the world. He chose a symmetrical logo called the “speed demon” for his new company and in 1972 they sold their first product – a pair of motocross trousers.

In 1978 the company would develop the first motorcycle back protector in collaboration with the great Barry Sheene and designer Marc Sadler. In the decades since, Dainese has become a leading motorcycle gear company with riders competing in almost every form of two (and three) wheeled motorsport. 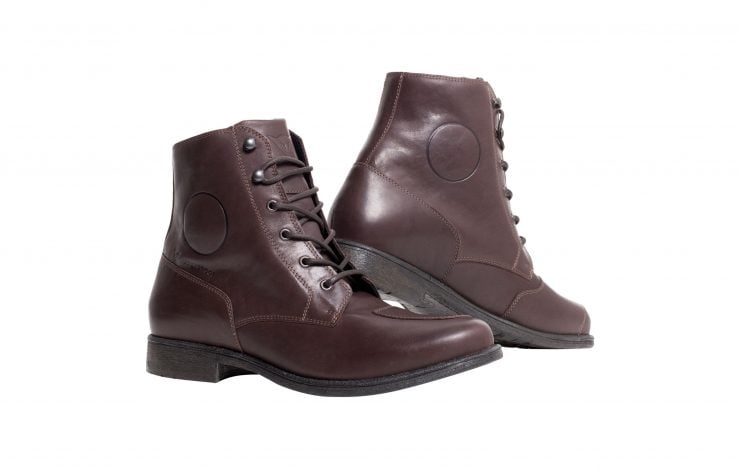 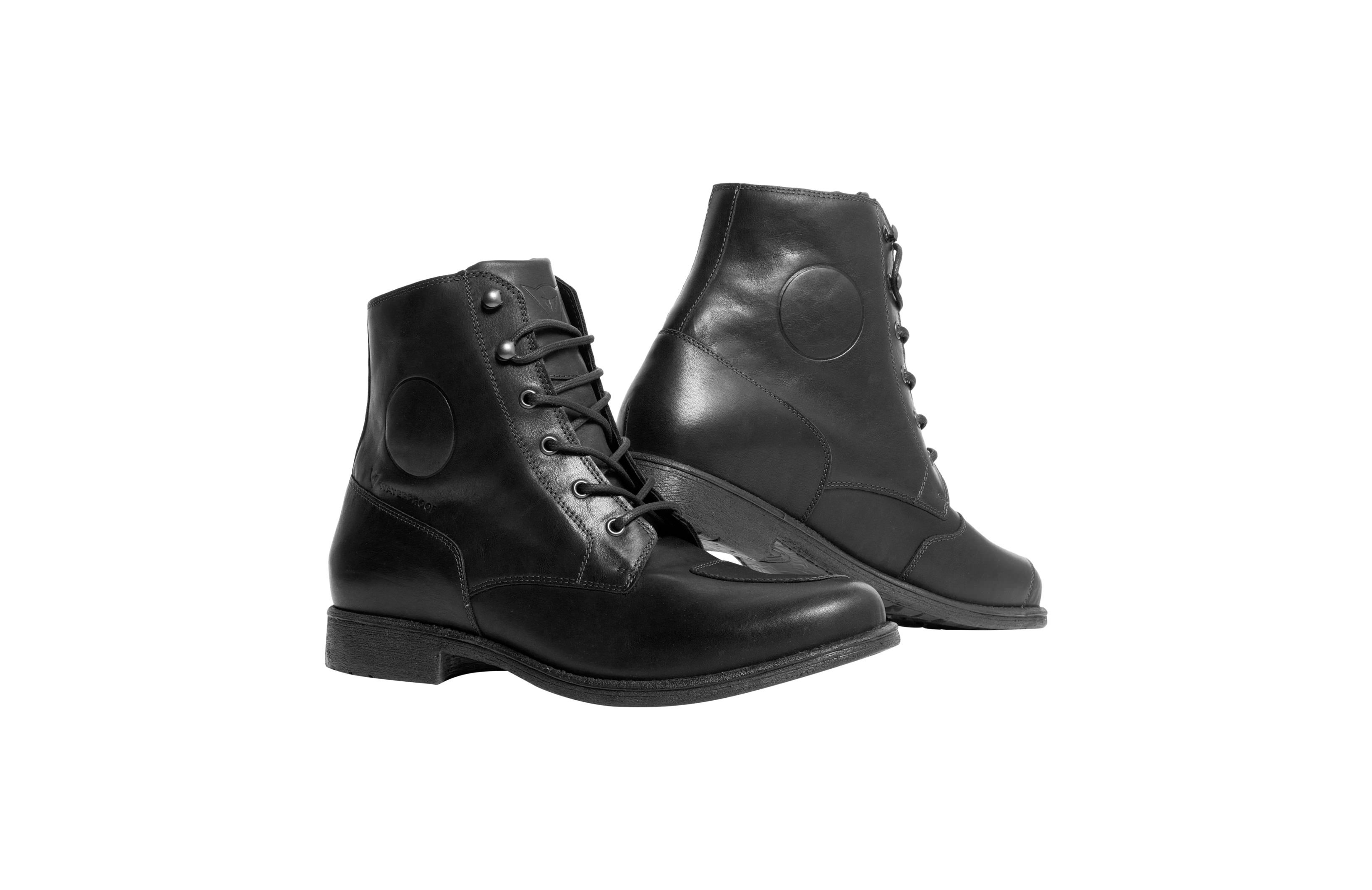