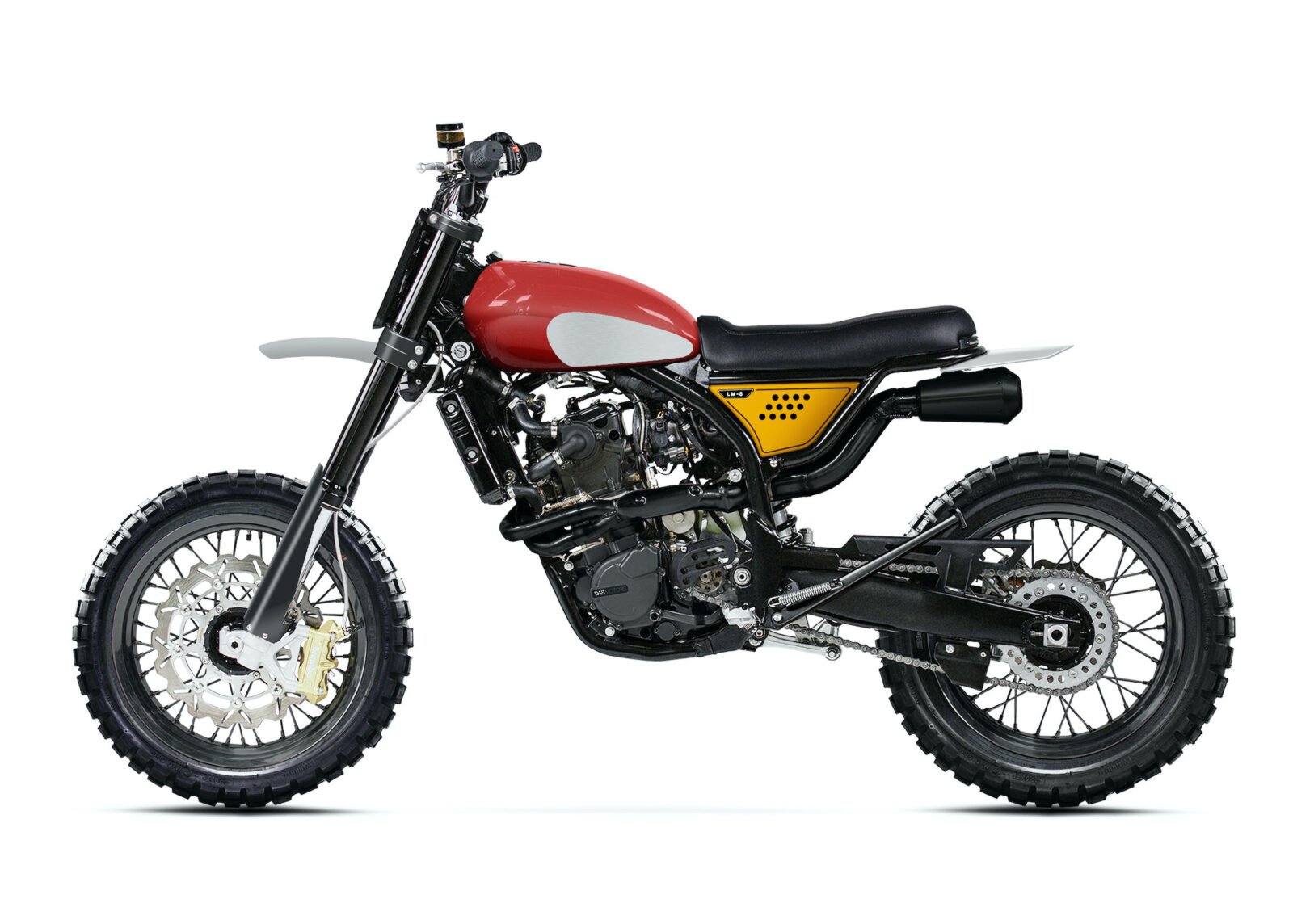 The Dab LM-S is a 100% road-legal production motorcycle that has passed both Euro4 and TÜV standards – two of the hardest anywhere in the world.

Typically we don’t see custom motorcycle builders taking the time to even attempt to pass these kinds of tests as it’s exceedingly difficult and the process would bankrupt many small to medium sized garages. The benefit of passing these tests and getting certified is that your new production motorcycle is then road-legal, easily insurable, and it’ll pass those anxiety-induing annual safety checks that custom motorcycle riders dread.

Having passed these tests and achieved certification, the Dab LM-S is now undoubtably one of the most interesting low-volume production motorcycles in the world. Dab Motors has an online configurator that allows you to set your bike up the way you want it, and prices start at €16,900 ($18,360 USD) – although not cheap it’s certainly not bad for a low-volume motorcycle of this calibre. 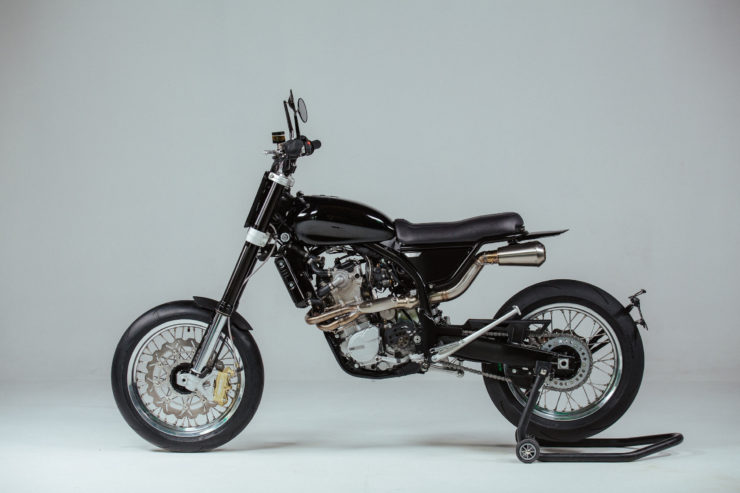 At its heart the Dab LM-S uses the highly-regarded 53 hp Husqvarna 510 motor, a fuel-injected single-cylinder 501cc engine with liquid-cooling, double overhead cams, four valves per cylinder, and a compression ratio of 12.9:1. The team at Dab created a modified version of the Husqvarna 510 frame, a tubular steel cradle frame paired with an alloy swing arm and an alloy sub frame.

The team at Dab Motors wanted to keep the curb weight of their new motorcycle as low as possible while still including all of the lighting, safety, and emissions elements required for legality. Impressively the final weight of the Dab LM-S is just 125 kilograms (275 lbs).

A new subframe was developed along with a new seat and fuel tank, it was important to give the LM-S classically-inspired styling paired with an entirely modern engine, frame, suspension, and brakes. Up front the LM-S uses 48mm USD Kayaba forks with adjustable compression and rebound damping and in the rear there’s a Kayaba monoshock with adjustment preload, compression and rebound damping. 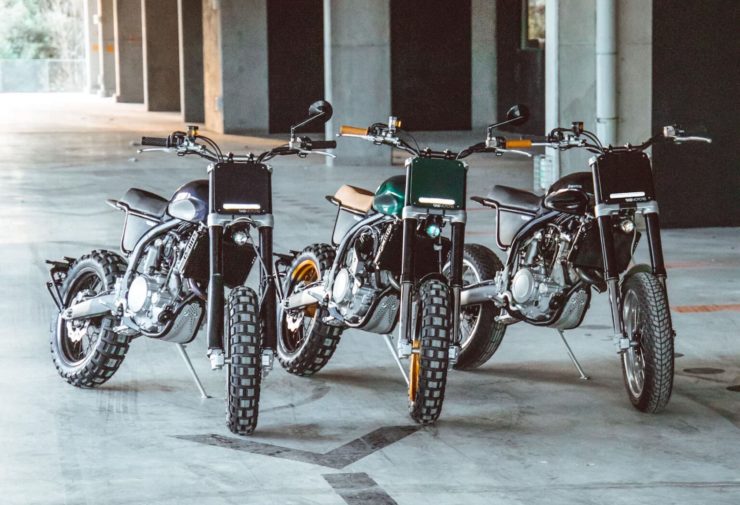 This suspension can be optionally upgraded to 48 mm Öhlins MX 48 RXF forks with special CNC high resistance fork legs and an Öhlins TTX monoshock respectively. In order to keep weight down the bike uses composite fibre bodywork 7050-T6 aluminium rims, and a slew of other lightweight components. A custom 2-into-1 exhaust was developed that includes a subtle catalytic converter and a short, under seat muffler.

Alloy fenders are fitted front and back over the top of the Continental TKC80 tires, and you’ll find Brembo brakes front and back with a four-piston Brembo radial up front and a single piston floating Brembo disc in the rear. A wide set of Renthal handlebars complete the build, making a clear statement as to the bike’s intentions.

Although I’m sure some will argue it’s hard not to think that this is essentially the exact bike that Husqvarna themselves should be building as a supplement to their other more modern-looking offerings. The LM-S by makes excellent use of the Husqvarna 510 engine and ancillaries, and the red/silver paint color combination above shows the classic Husqvarna livery beloved by many in the 1960s and 1970s.

The market for a genuinely capable dual-sport motorcycle with retro design influences has been proven time and again with the Triumph Scrambler series, the Ducati Scramblers, the CCM series, and the similar offerings from BMW, Moto Guzzi, and others.

One of the great benefits of a low-volume manufacturer like Dab Motors is that they can move quickly and make decisions without having to send for approval up a never ending hierarchy of middle managers all trying to justify their existence. This means they can build the kind of production motorcycles we actually want, rather than the range of unsweetened-cold-porridge-motorcycles we so often seem to get offered by the big manufacturers. 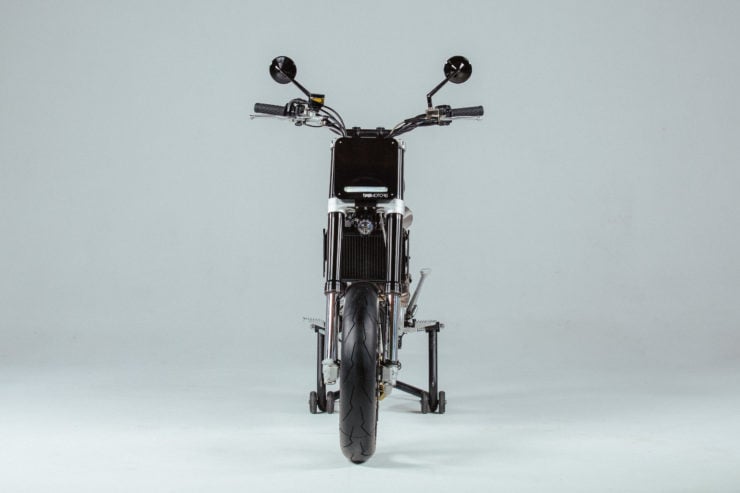 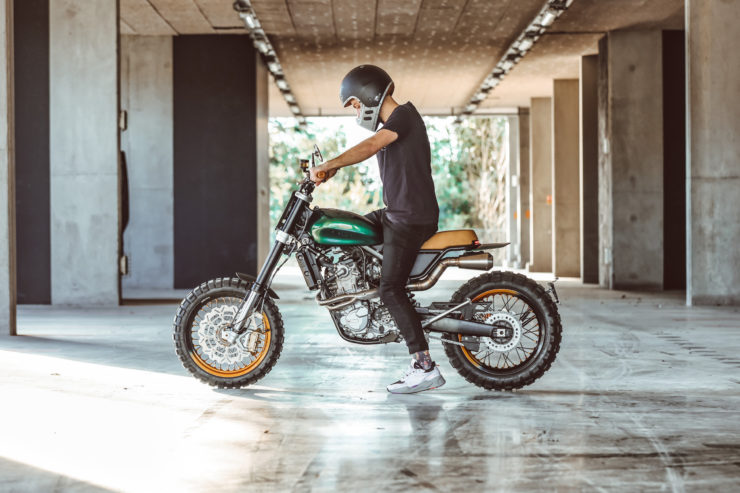 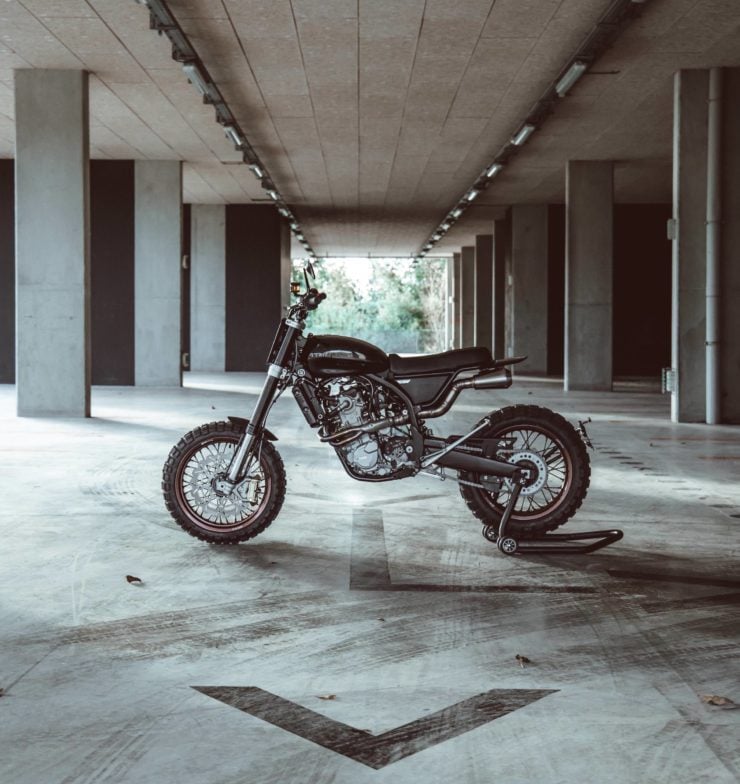 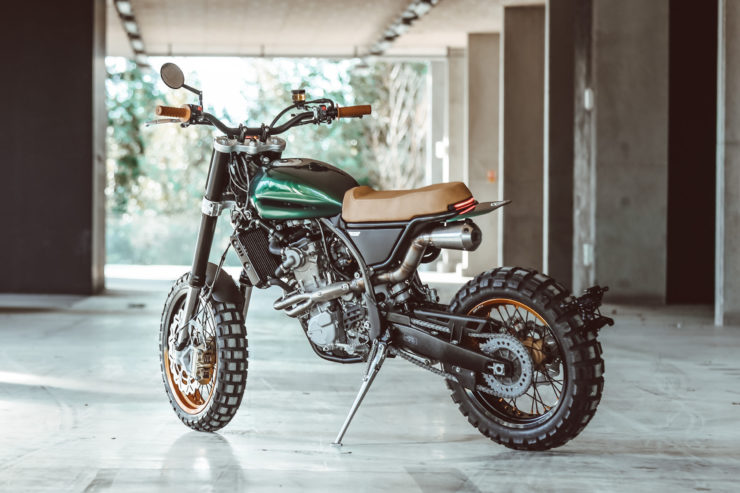 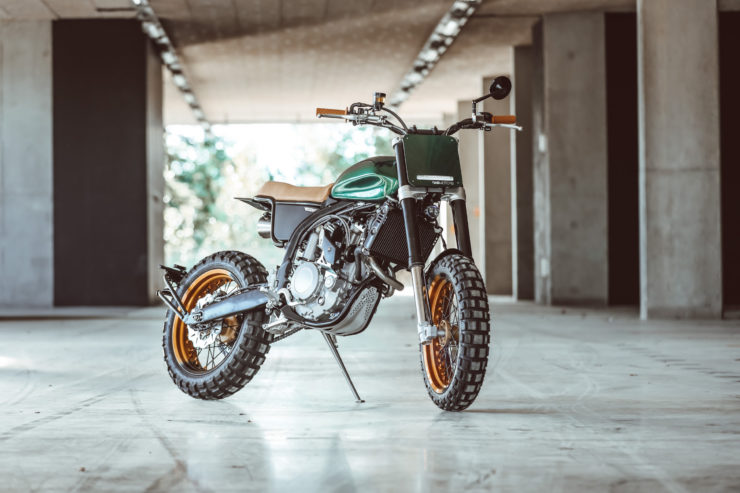 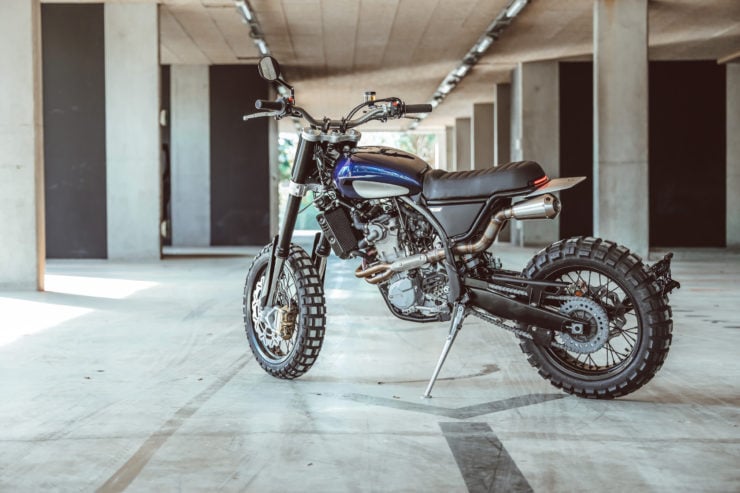 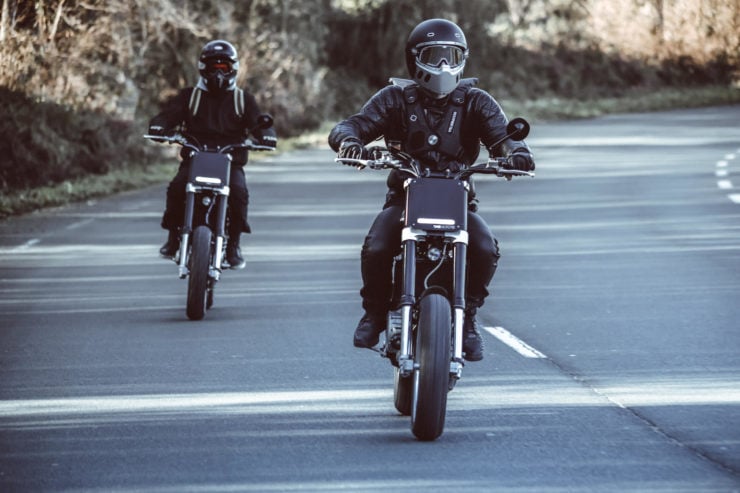 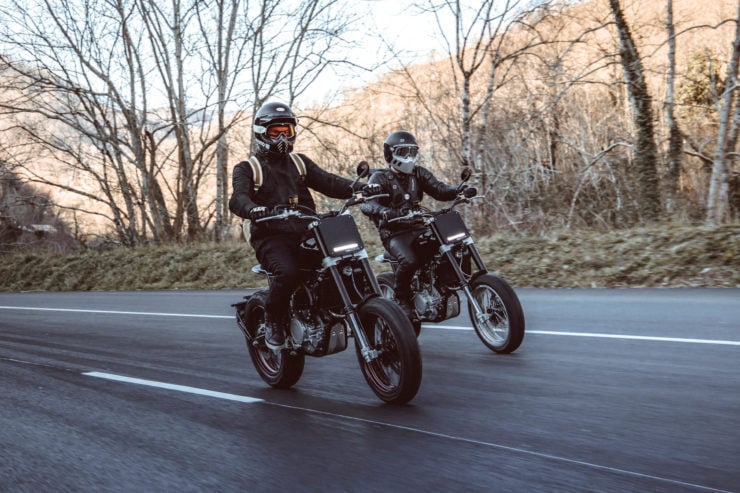 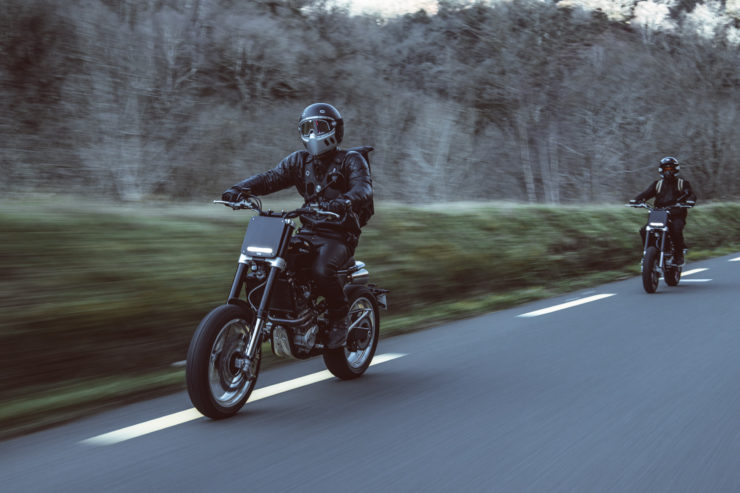