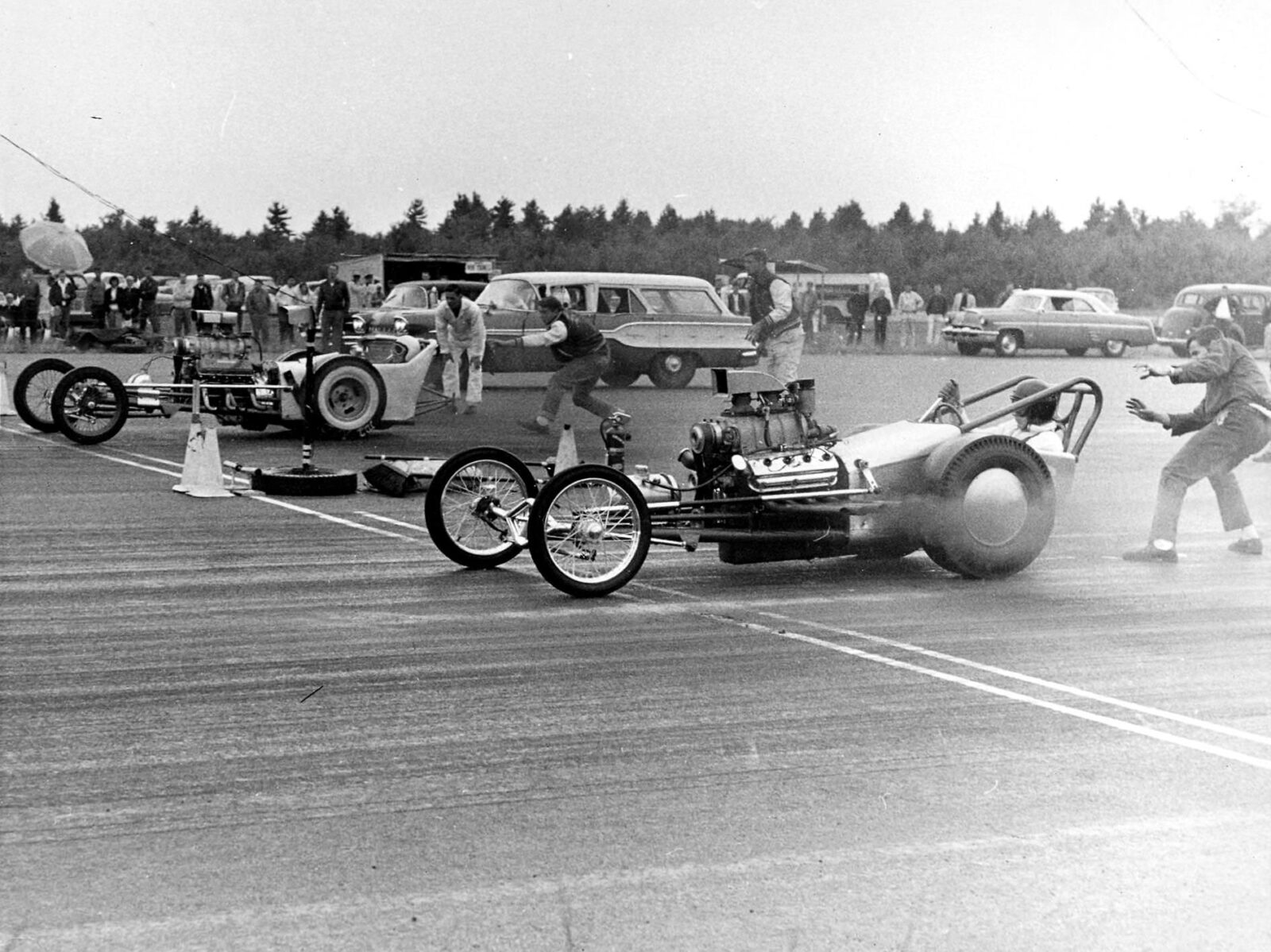 These early drag racers popped into our email inbox last week with a request to find more information on them. It’s thought that the photograph was taken in Sanford, Maine by friends of 1960s top fuel racer Bruce Wheeler – whose collection they originally came from.

The cars in the image are just about as bare-bones as it’s possible to get, they’re essentially just a basic frame and an engine with a smattering of bodywork and a wheel bolted to each corner. I love it. 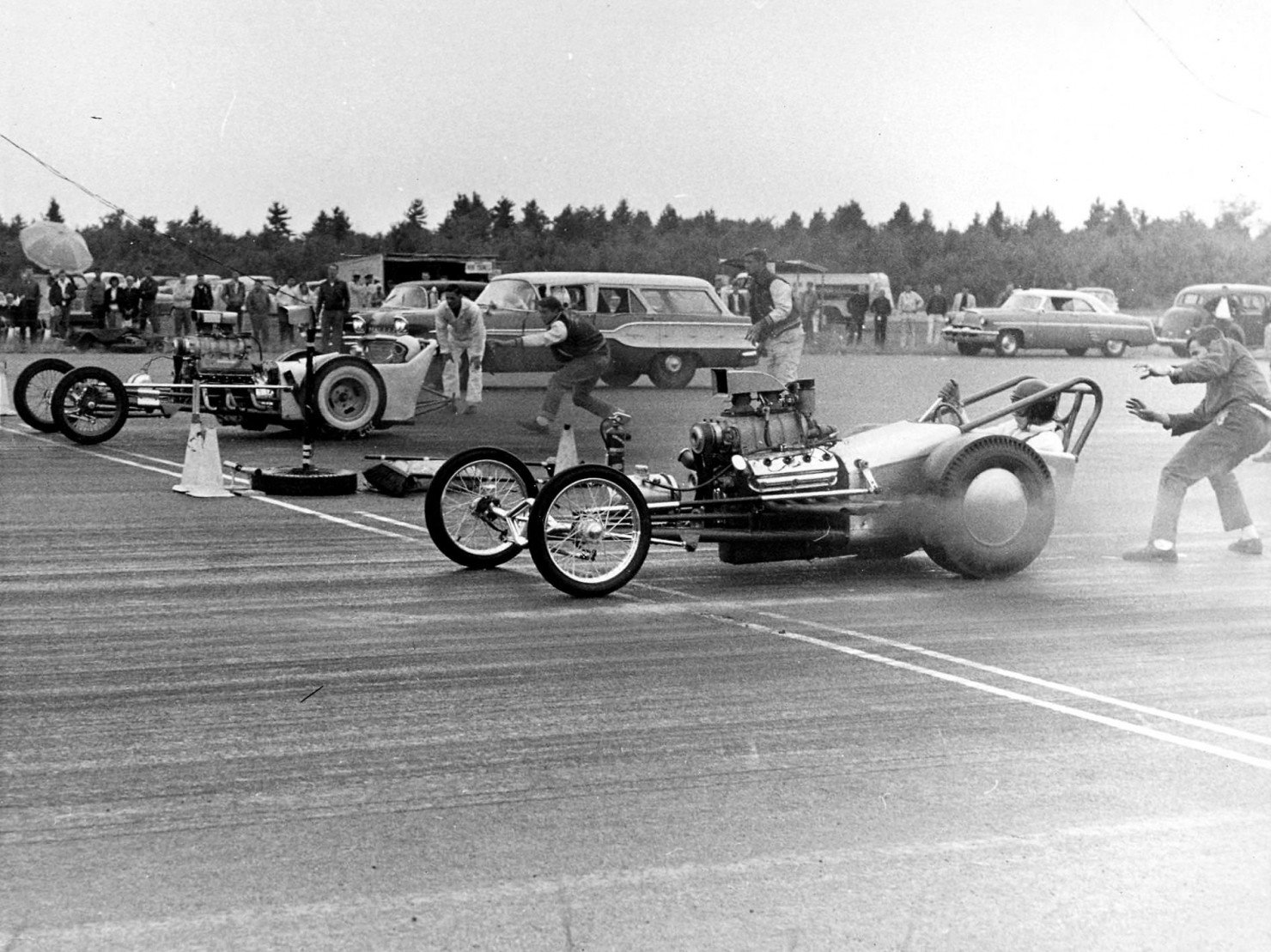 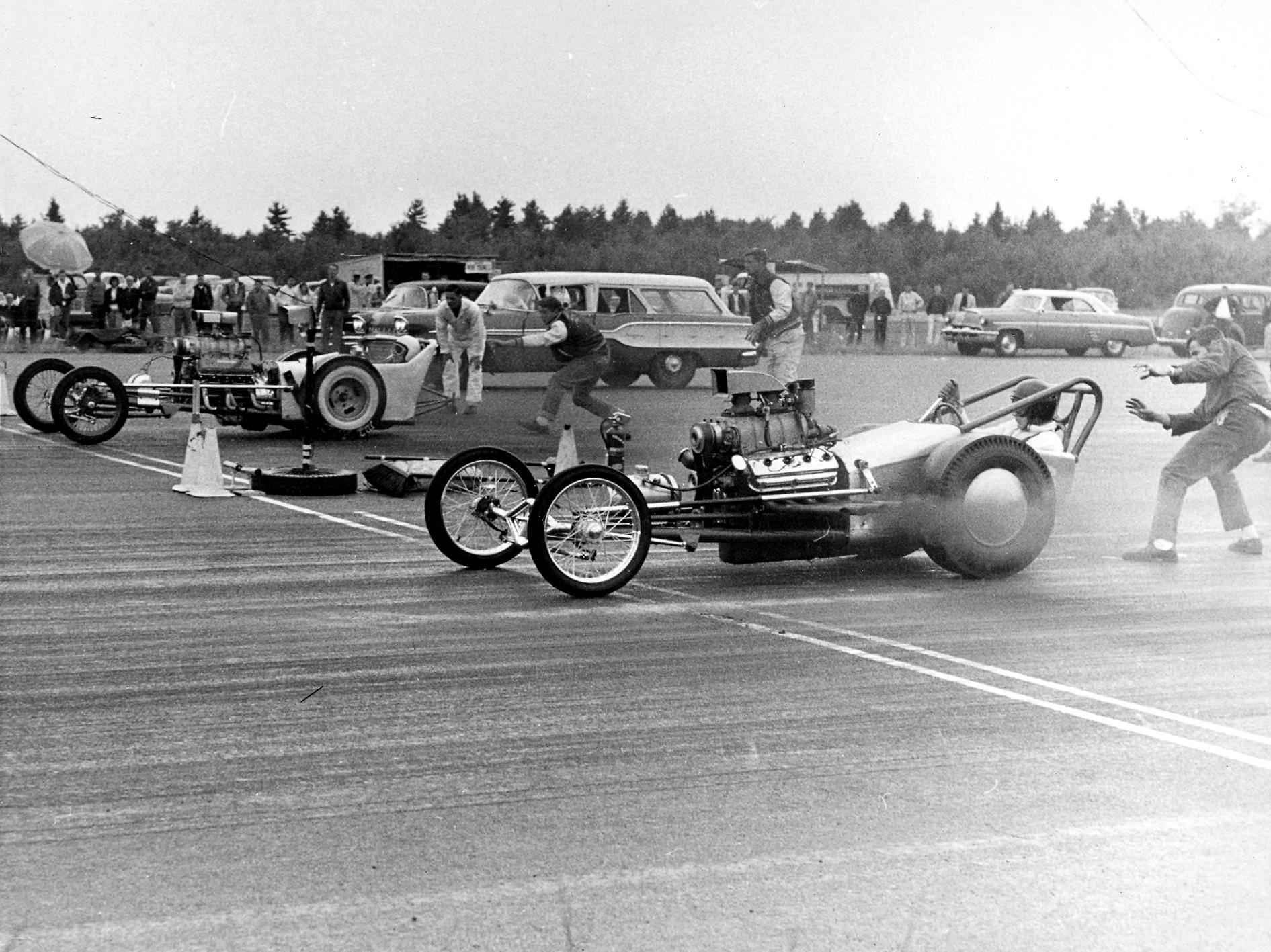