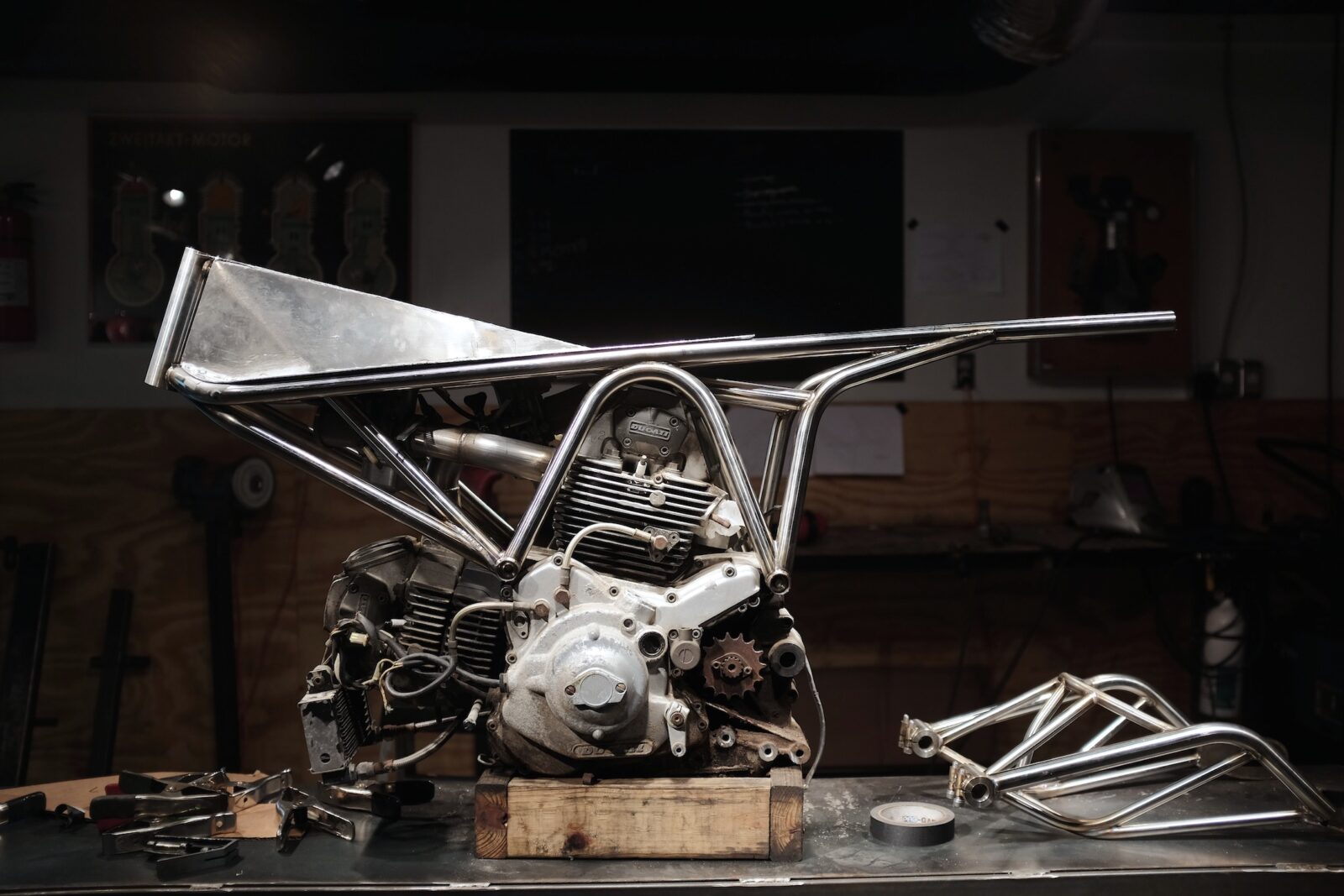 Editor’s Note: This article is part of the new Renaissance Series on Silodrome where we go back and feature some of the most important custom motorcycles that have been built in recent years.

All of these motorcycles will have been built three or more years ago and the story about the bike will be written by the team who built it. The purpose of the series is to showcase these bikes to an audience you may never have seen them before.

This article was written by the team at Revival Cycles, when possible we like to bring you the story of a custom motorcycle in the words of the team who built it to cut out the middle man and give you direct insight into their though process and methodology. 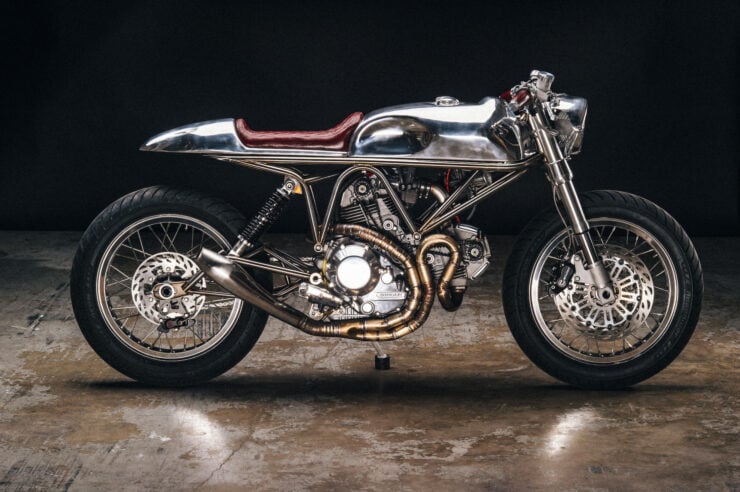 At Revival Cycles, our permanent mission statement is that our final product has to be better than the original. This can be challenging when the original is an already great machine that just happens to have been nearly devoured by an angry dog.

“The J63 started as a Ducati 900SS SP, which is, of course, a rare bike, but a pit bull had literally torn it to shreds,” explains Revival’s founder, Alan Stulberg. “I bought it in Houston for $500. A client wanted a bike like our previous Ducati, the Pyro, only better.”

After we ripped away the bright yellow stock plastics and revealed the gorgeous 90-degree v-twin hidden underneath, redesigning the frame and modifying the suspension was only the beginning of the comprehensive build. All-new bearings, gaskets and rings were installed, and the cylinders honed. The crank was balanced and the valves were renewed; the heads were ported and polished for maximum efficiency.

When it came time to build our first frame, it was designed in CAD — based on a sketch Alan drew on a napkin — with only a few parameters: Wire wheels. Twin shocks. All stainless everything. No paint. A scratch-built frame gave us complete control of the chassis geometry and suspension.

The 18” wheels are an aesthetic choice, but a compromise in performance; we used a 21-degree steering head angle for smaller trail and quicker steering, bringing the gyroscopic precession axis closer to the rear contact patch. 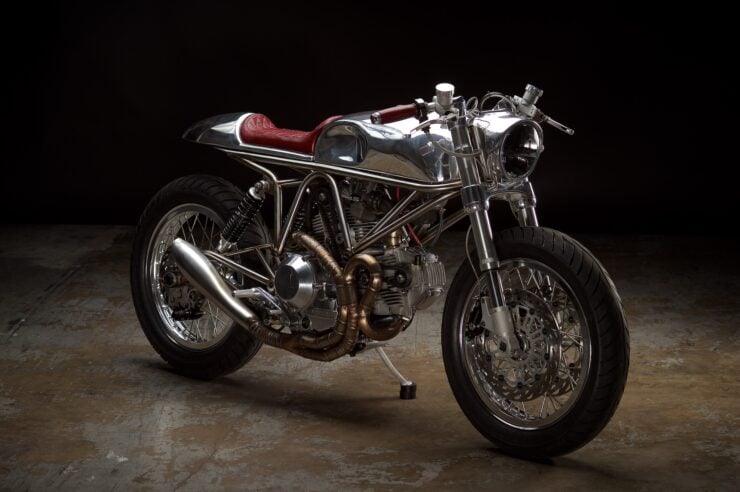 The steeper head angle increases fork flex from riding and braking loads, so triple clamps without pinch bolts were a must. These create uneven clamping forces and reduce stiffness at the slot; the fork tubes are held with a tapered collet, which applies consistent radial clamp force for a stronger fork assembly.

The frame design pulls elements from the 750 F1, the round-case 750SS, and the 900SS, highlighting the air-cooled engine and belt-driven cams. The frame is deliberately stiff, as it’s not a full racebike. We used a semi-exotic stainless steel tubing called Ferralium, which matches chrome-moly mechanically, but has better corrosion resistance, so everything could be left exposed.

When you’re not hiding behind a flashy paint job, the craftsmanship has to be perfect. Aluminum sheet was shaped by hand to create the slender tank and tail; hours of polishing put mirror finishes on almost all of the bike’s alloy components. To add a final touch of color, we added deep red grips and a diamond-stitched seat, beautifully made in-house at Revival’s custom leather shop.

With a completely new-design frame, fork, and swingarm, the J63 is very much an experiment. Having changed nearly every variable, there were a lot of opportunities for problems, but through commitment and hard work, we got it right on our first try, and the way this bike rides is remarkable.

The bike’s feel is intuitive and predictable, and the chassis works with the rider. With the bodywork running parallel to the road, and the tail tapering off sharply, this bike has an awesome velocity — even when it’s sitting still.

Former champ Kevin Schwantz test drove the bike on the world famous Circuit of The Americas track. We asked him to take it easy on the brand new machine, but instead he grinned at us and then roared off for 10 full-throttle laps.

At the end of the workout, he gushed over the bike’s smooth handling and manageable power. “That was the ultimate test,” Alan says. “It couldn’t have been any better.” 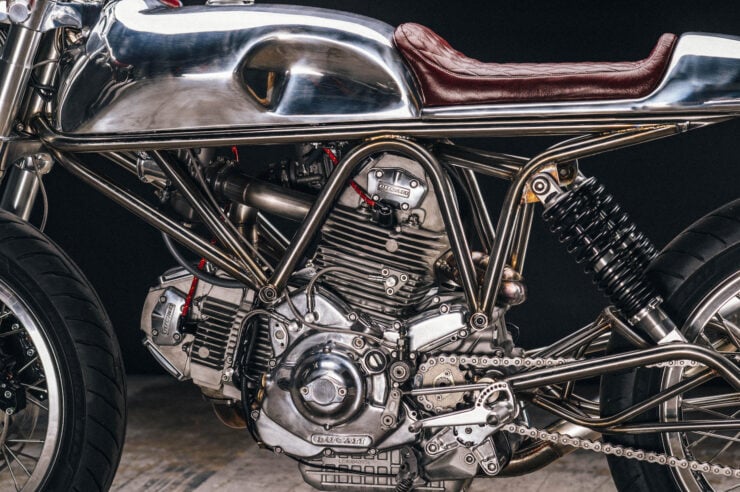 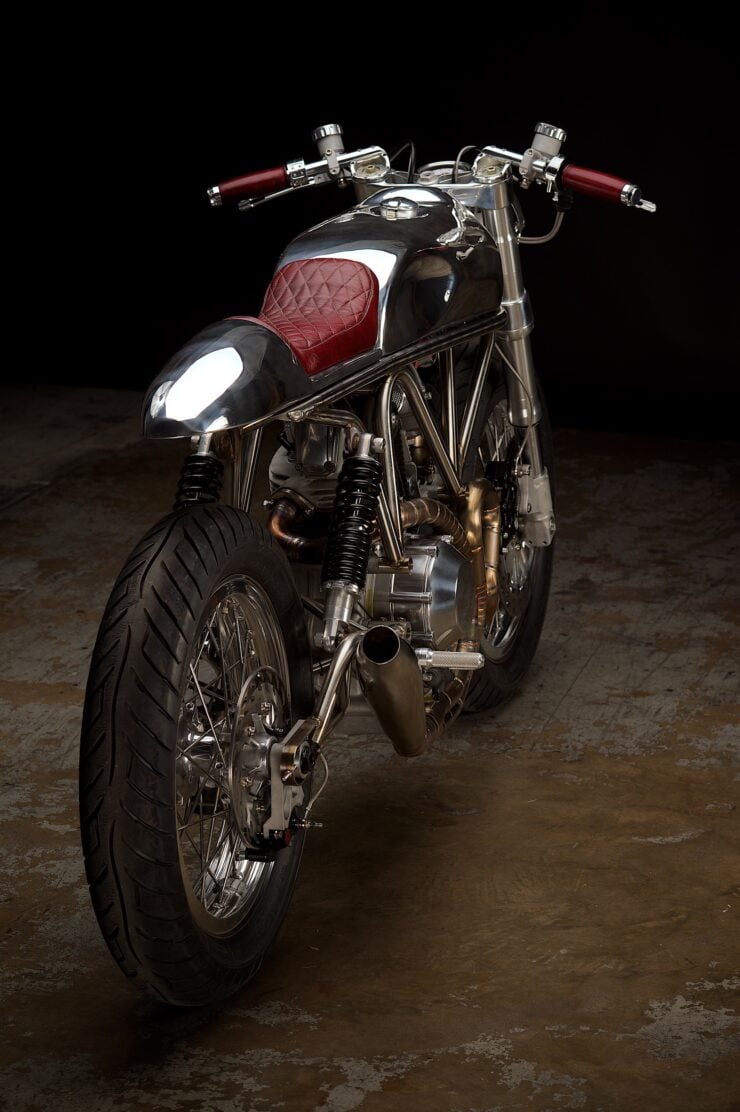 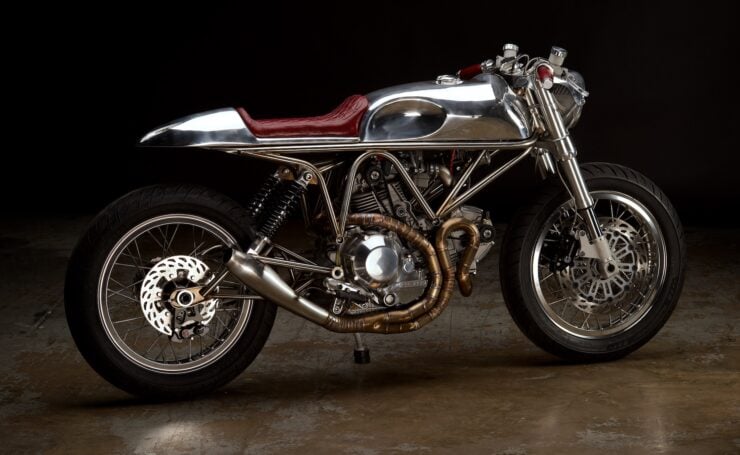 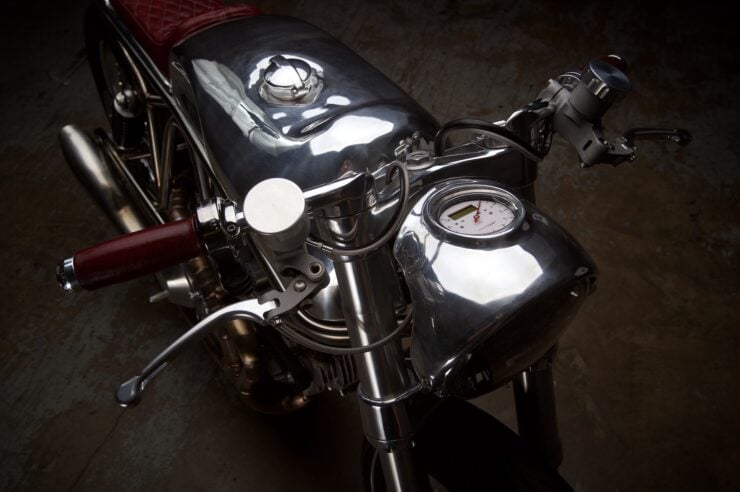 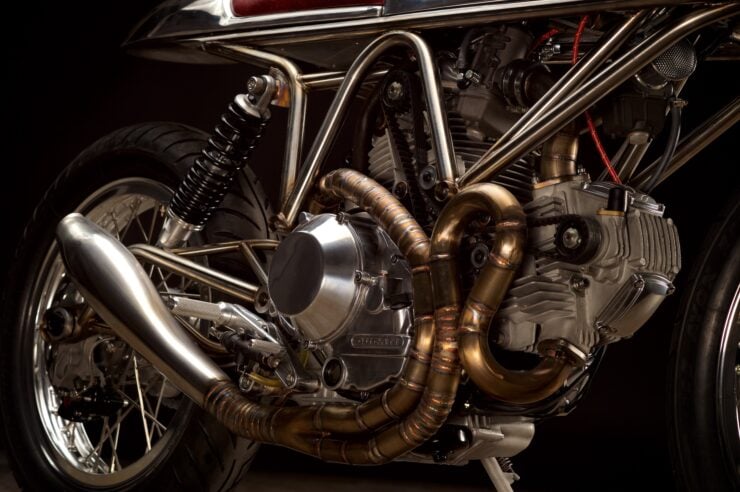 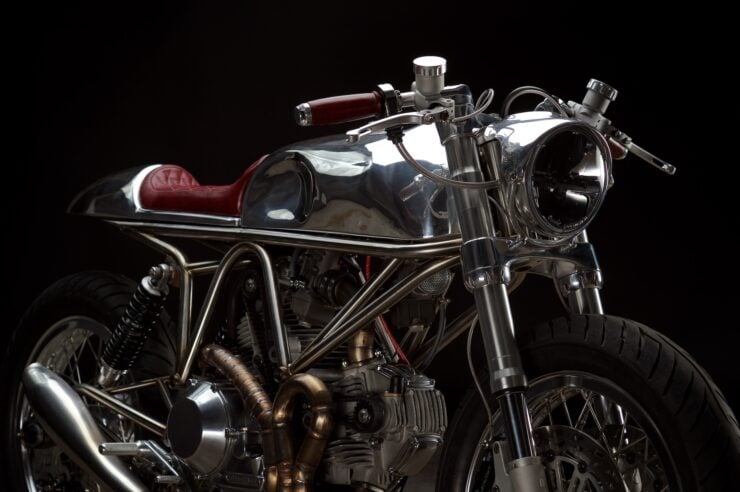 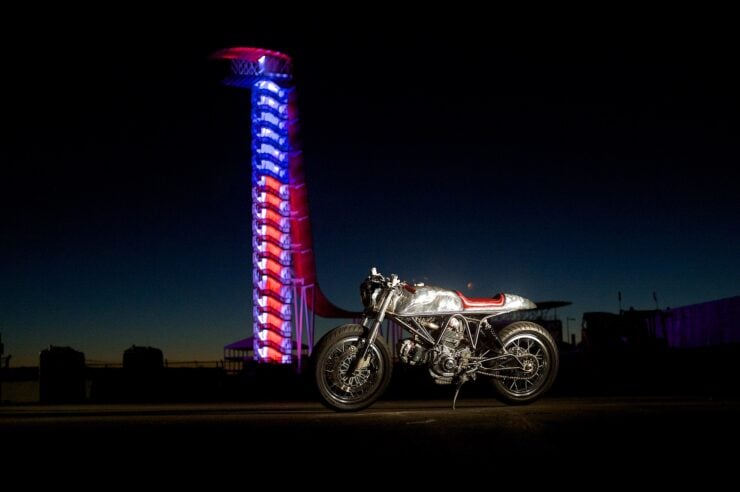 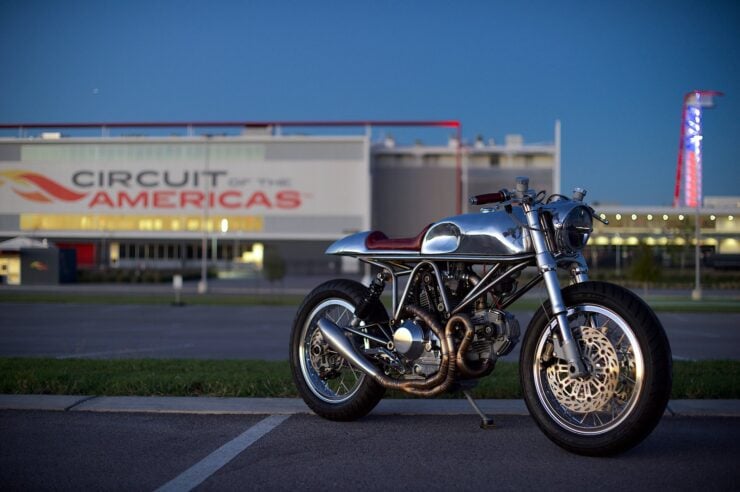 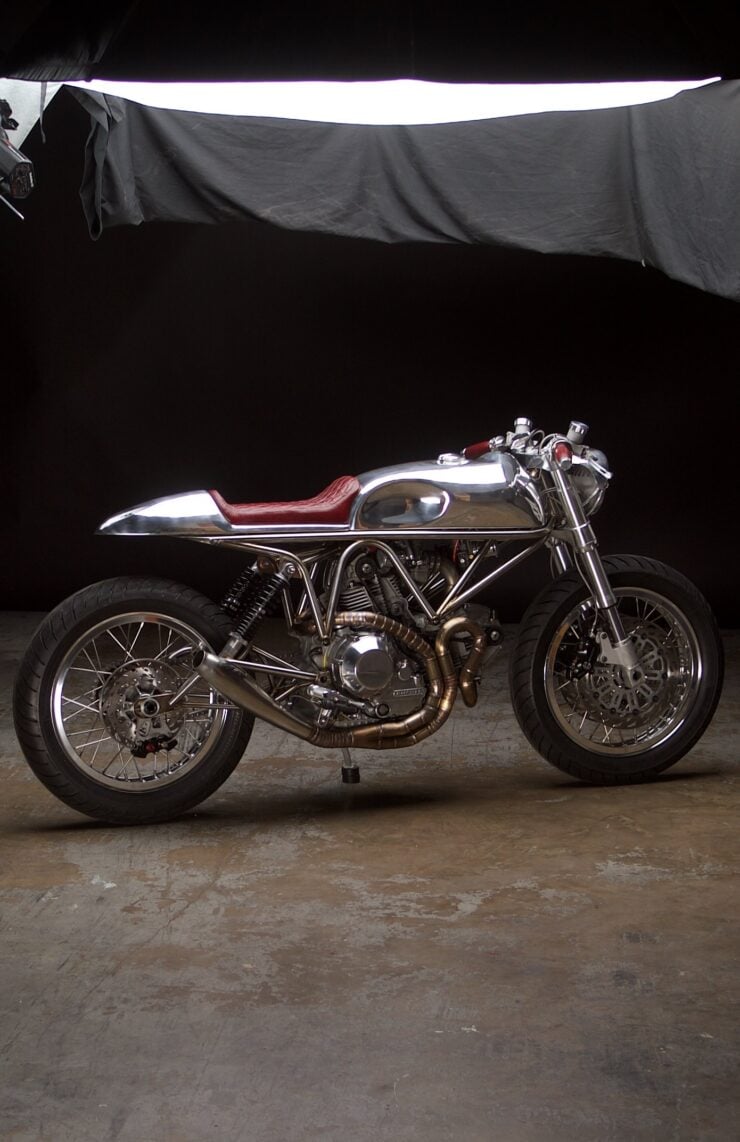