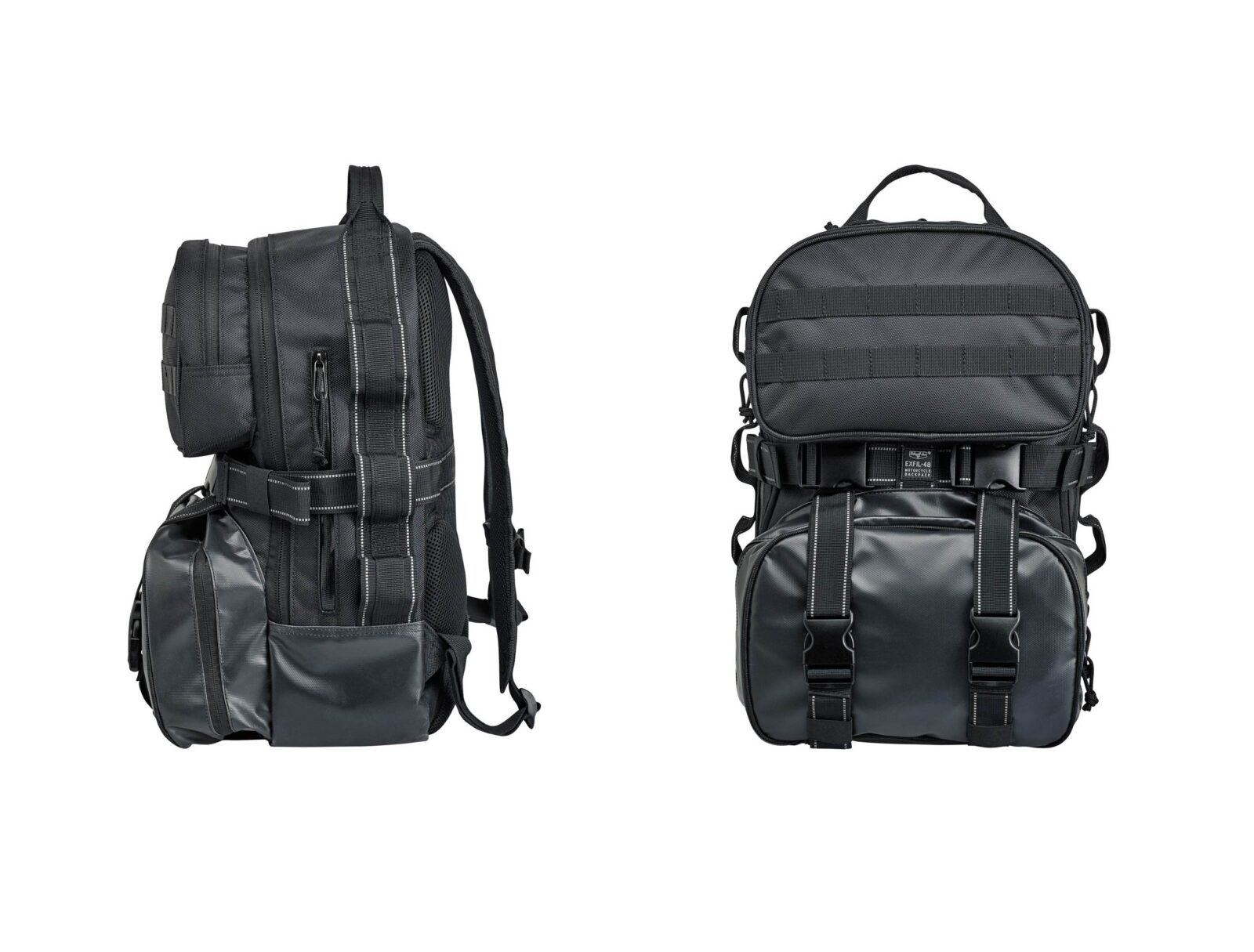 The Biltwell EXFIL-48 Backpack was developed for motorcyclists and anyone else planning a road trip that need to carry a few days of supplies and who may require access to tools at some point.

The team at Biltwell designed this backpack with its own built in tool section – the lower compartment of the bag unzips to reveal plenty of space for wrenches, screw drivers, pliers, and other tools that can all be accessed quickly by the side of the road.

The main compartment of the EXFIL-48 can accommodate up to 48 12-ounce cans of beer (hence the name), which should leave ample room for all your gear in those rare situations when you don’t need to carry around 48 beers.

Inside there’s a padded tablet/laptop pocket and there’s an upper exterior compartment for easy access to the zipper pouch for keys and incidentals.

The bag has a 1680 denier ballistic nylon outer chassis with a PVC coating for moisture resistance and durability, and it uses heavy-duty nylon zippers with easy-grab pulls throughout.

Carrying the bag when you’re on foot is made easier thanks to padded shoulder straps and BioFoam back with ventilated panels for airflow and comfort.

The bag also has compression straps that double as mounting straps, allowing you to strap the bag to your pillion seat or sissy bar for long rides to give your shoulders a rest. 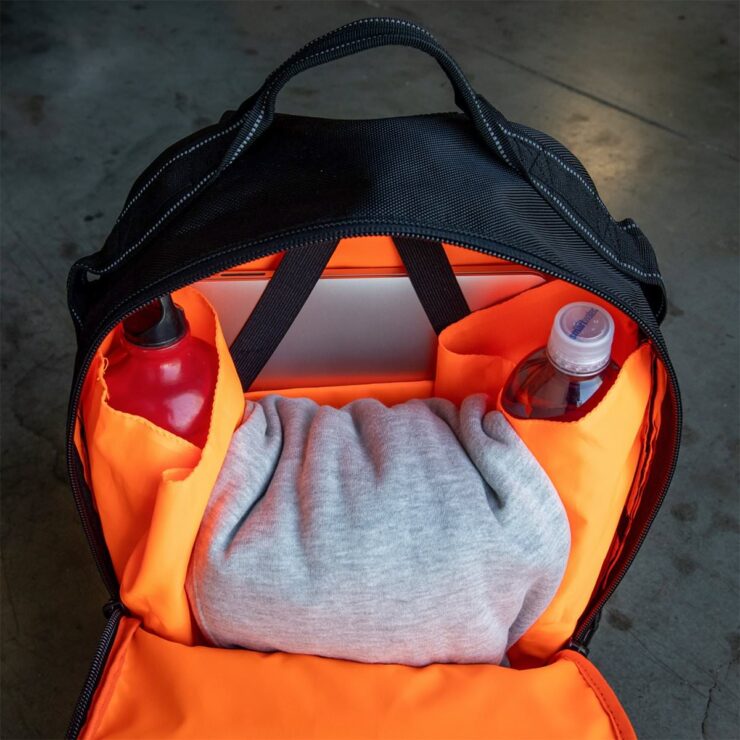 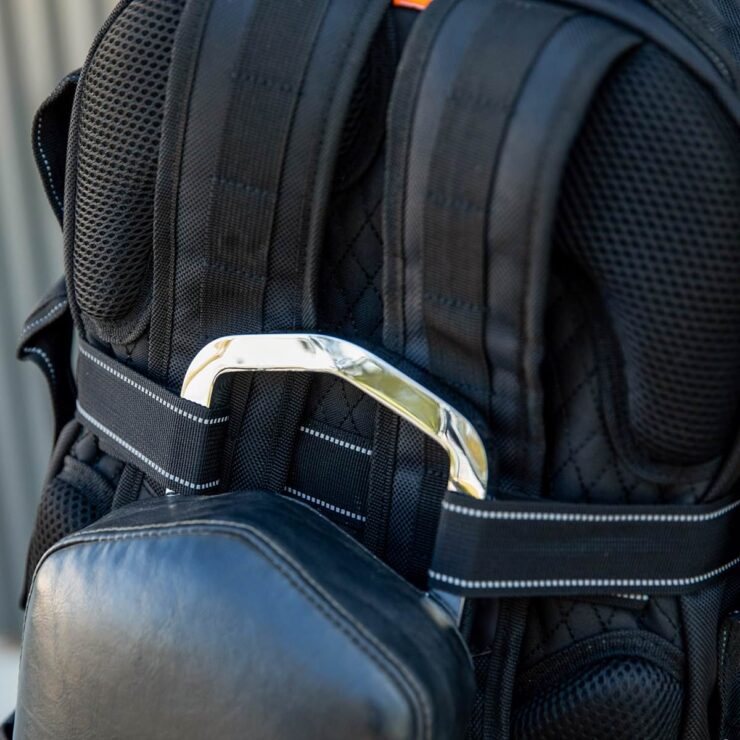 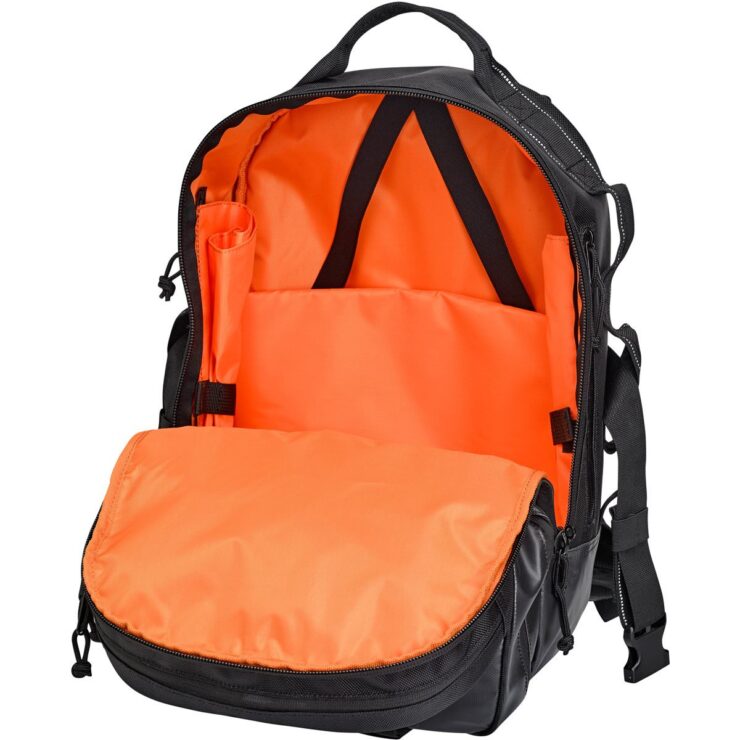 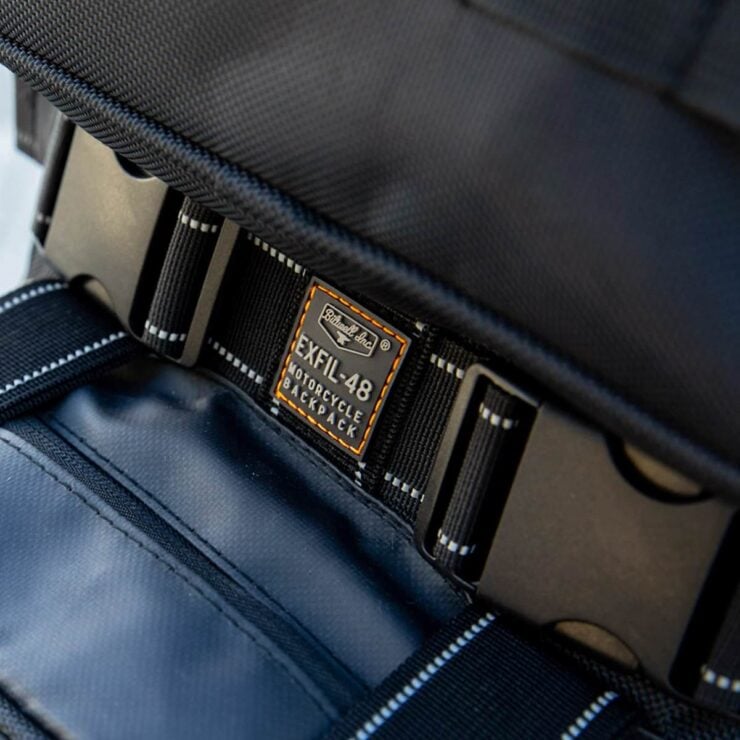 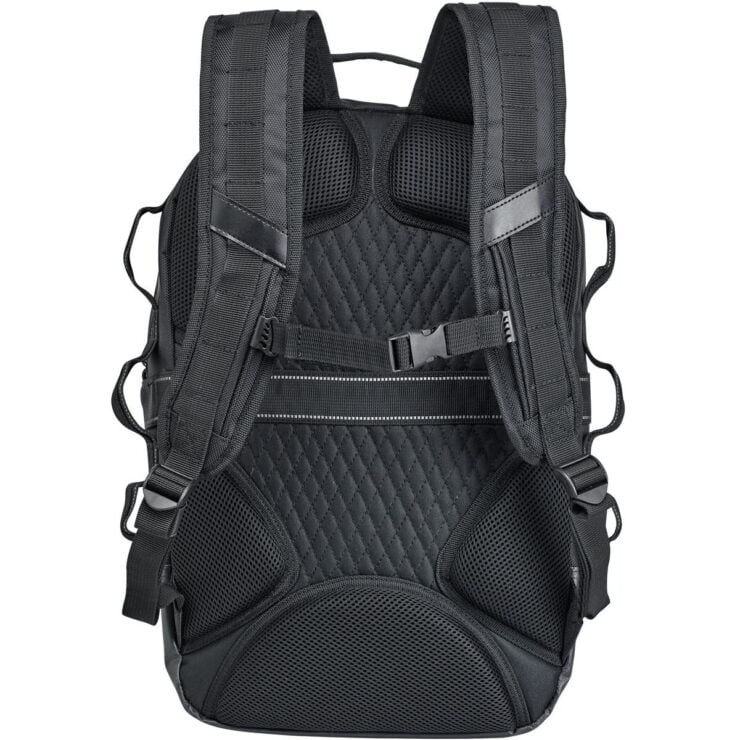 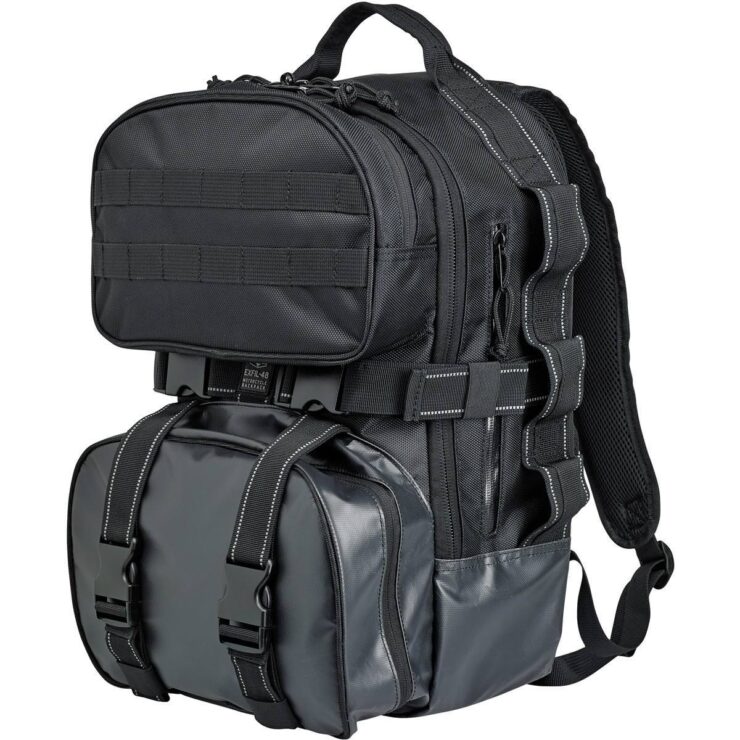