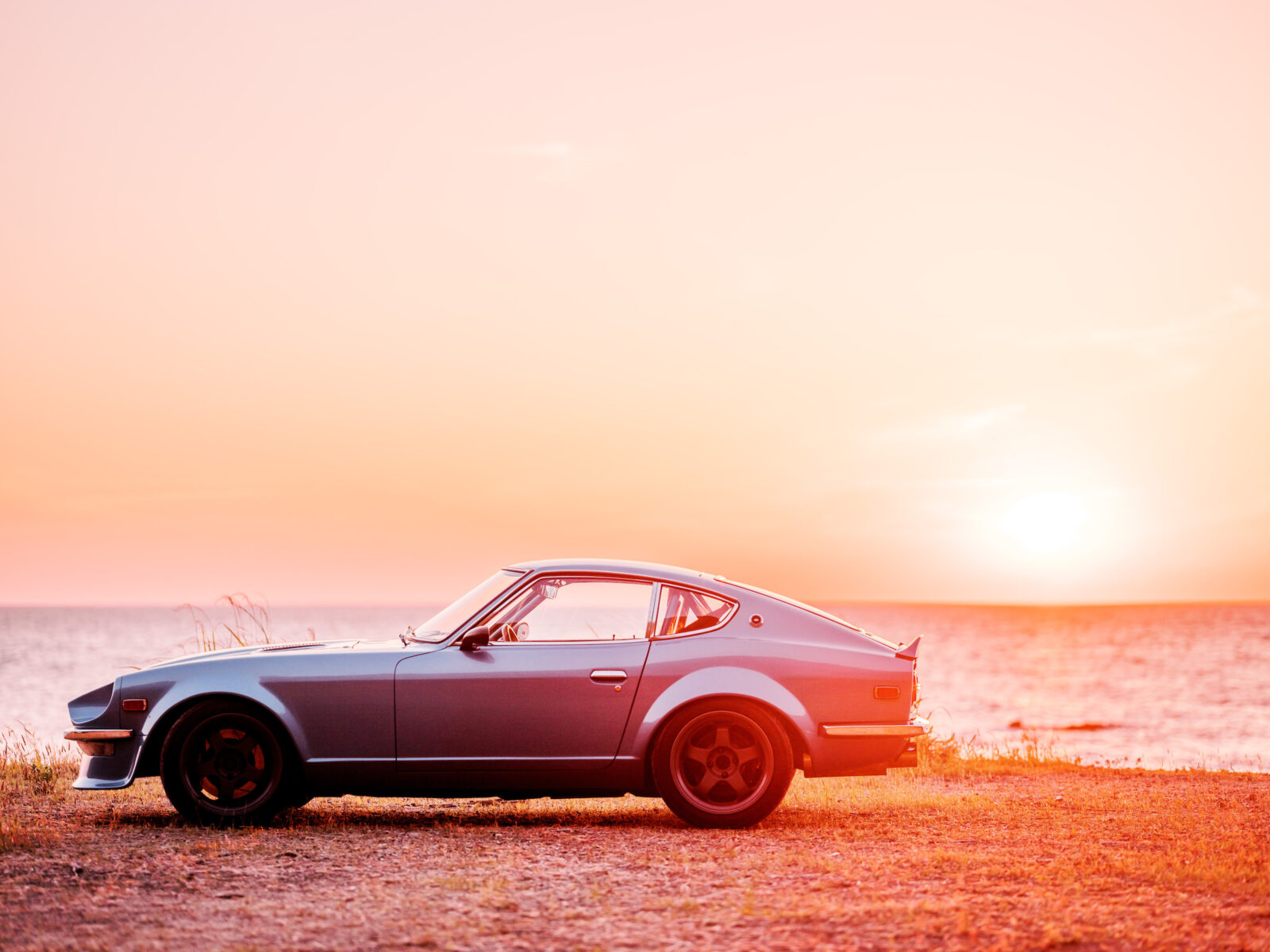 This Datsun 240Z has had its DNA spliced with that of a Nissan Skyline, it’s a fitting combination of genetic material from one of Japan’s most important automakers that includes double helixes from the 240Z family as well as the R32 and R33 Skyline families.

The build started life as a US-delivered, left hand drive Datsun 240Z. It’s one of many cars that made its way from the USA back to Japan at some point to fulfill demand in the market for secondhand Japanese sports cars that are harder to find locally.

The project was headed up by Kazumoto Tajiri and completed by the Web Speed Shop on the island of Shimoshima in the west of Japan. The goal was to take the car from stock to a collection of some of Datsun/Nissan’s best hits from the 1970s, ’80s, and ’90s all rolling on the same four wheels.

Once the 240Z was stripped down to a bare shell a series of braces were made and fitted to increase the strength of the unibody in preparation for the eventual 500 bhp figure that was intended for the car.

A full six point roll cage was fitted inside to further assist with rigidity, all sound deadening and carpeting was removed to save weight, and a pair of racing seats were added up front to provide better lateral support.

Perhaps the most important change happened in the engine bay, the original 2.4 litre straight-six was removed and replaced with an RB25. This wasn’t a bone stock example of the RB25 however, it had been stroked and rebuilt, now featuring a 2.8 litre capacity (up from 2.5) and stronger internals designed to allow a notable increase in boost.

The Nissan RB25 engine is an inline-six that was first introduced in the GTS-25 R32 Skyline, it was used in various non-turbo and turbo versions for years, becoming one of the company’s most famous and highly regarded engines. 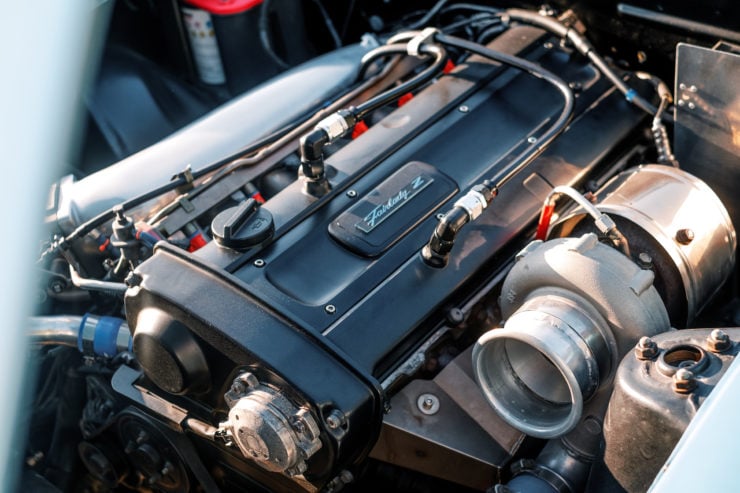 The double overhead cam engine has four valves per cylinder, and it was designed from the outset as an engine that could have its output cranked up significantly to ensure it had a long production life.

The custom 2.8 litre RB25 used in this car is now fitted with a GT06 turbocharger sending the intake charge through an air-to-air intercooler into a high-flow intake manifold, a pair of Apex 270º cams were also installed. In its current configuration the engine is turning out slightly over 500 bhp, which obviously necessitated an upgraded transmission – so a 5-speed manual from an R33 Skyline GTR was bolted on.

The original 240Z running gear would have little hope of keeping up with 500 bhp, so brakes and suspension were sourced from the same place as the transmission – the R33 GTR.

It was important to keep it all within the Datsun/Nissan family, and create the car that the original designers of the 240Z might have built if they had access to a time machine and the R32/R33 Skyline GTR parts catalogue. 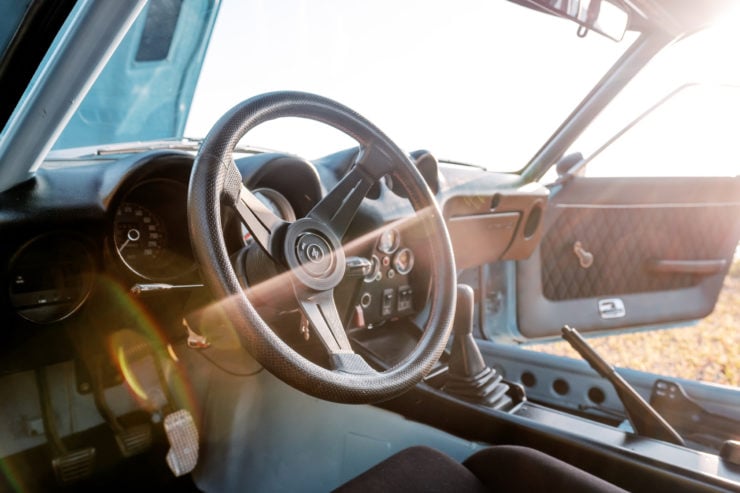 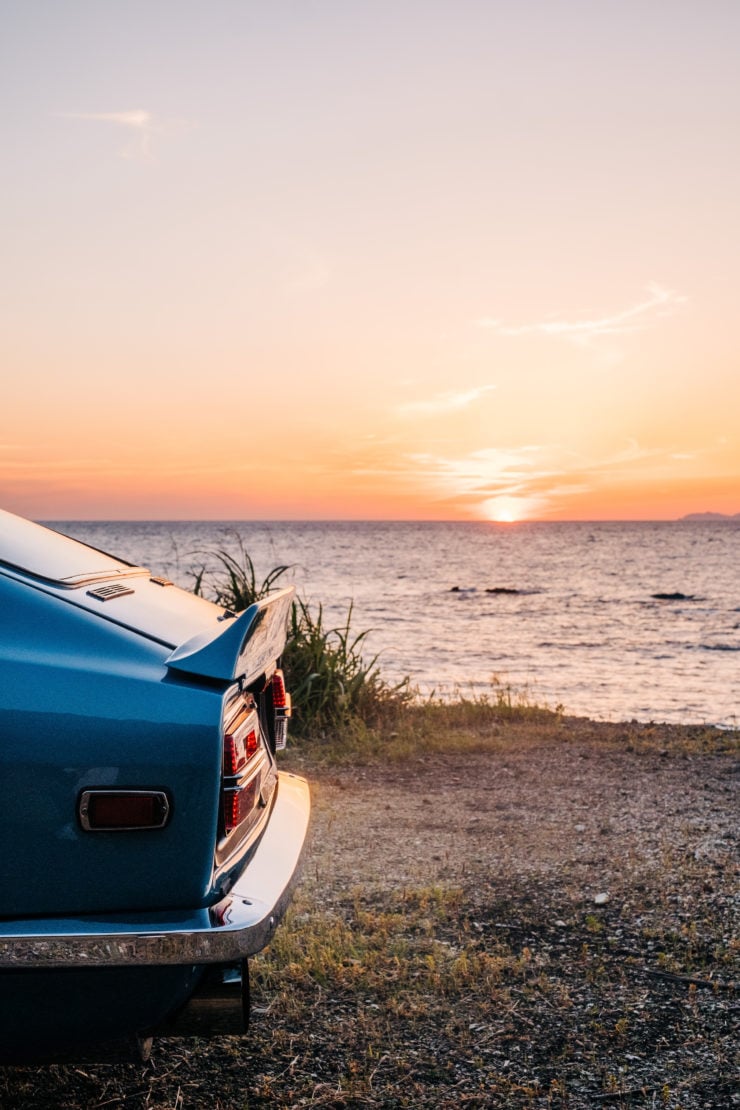 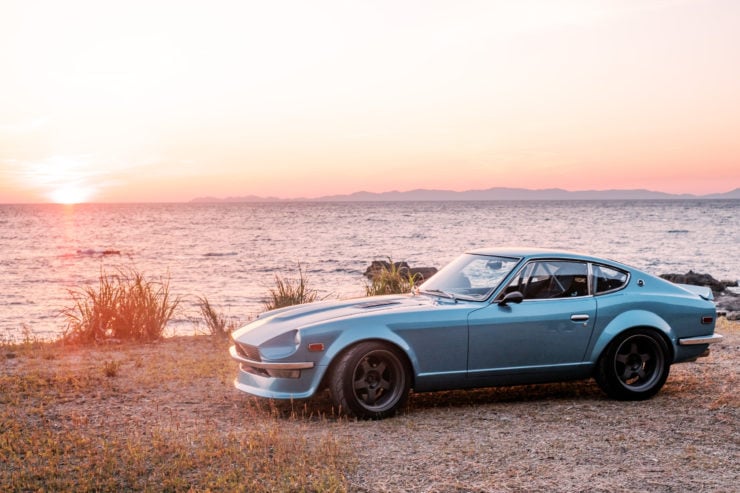 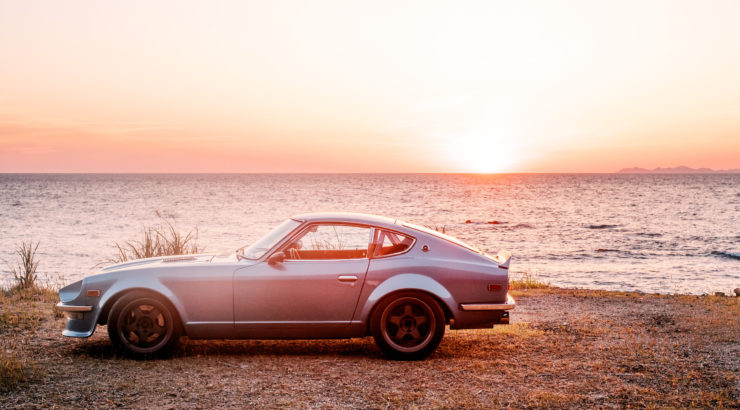 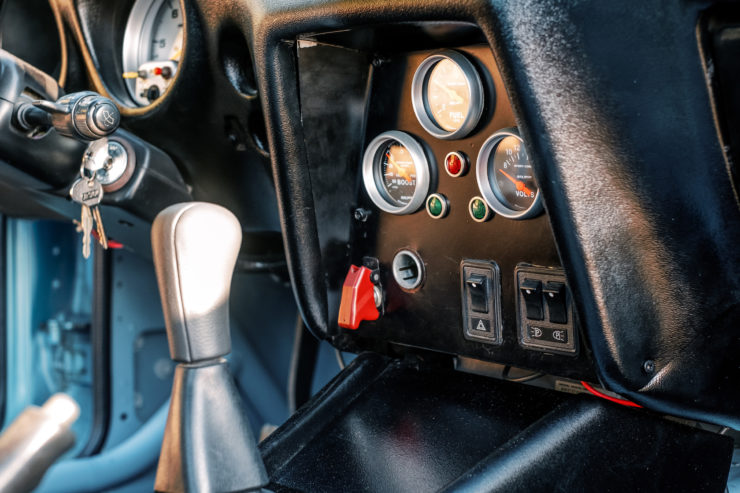 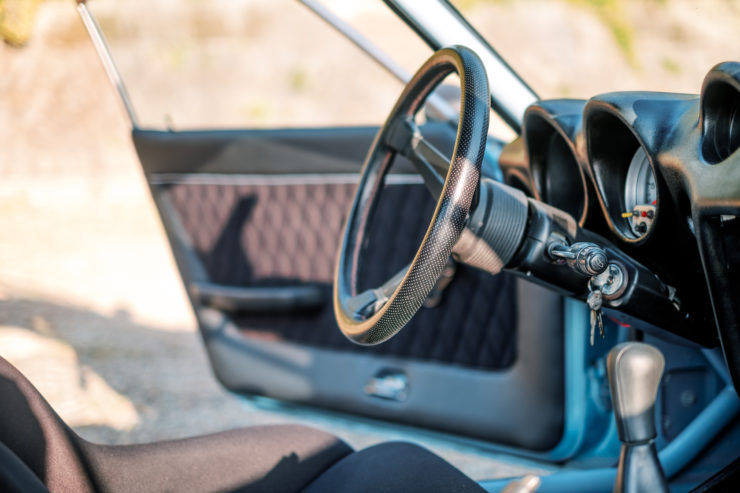 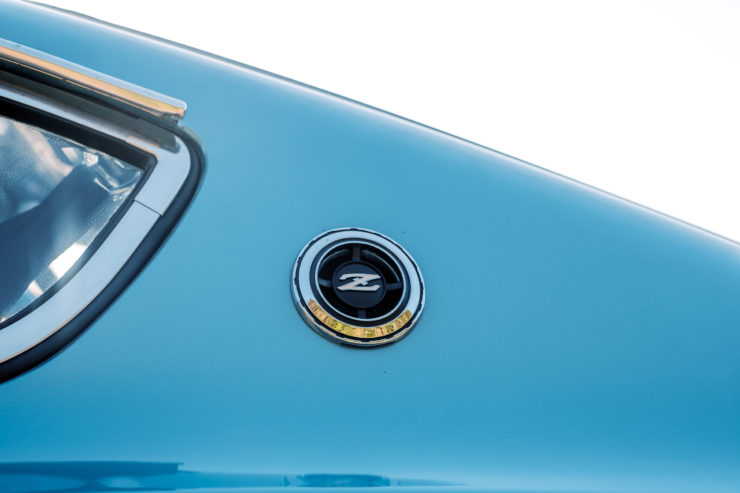 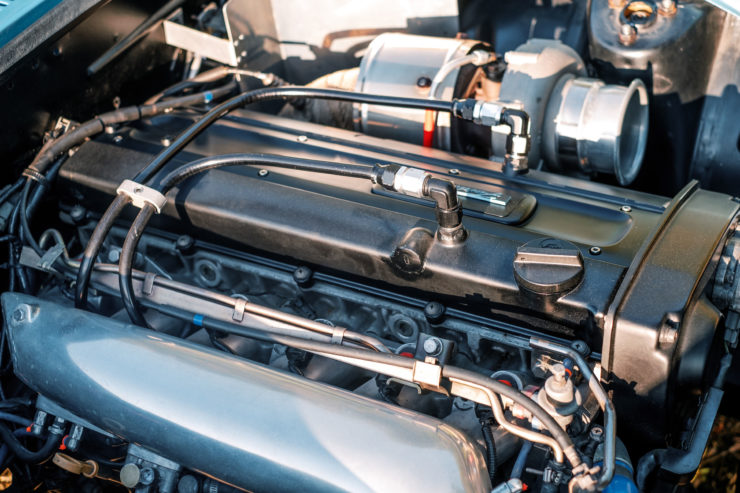 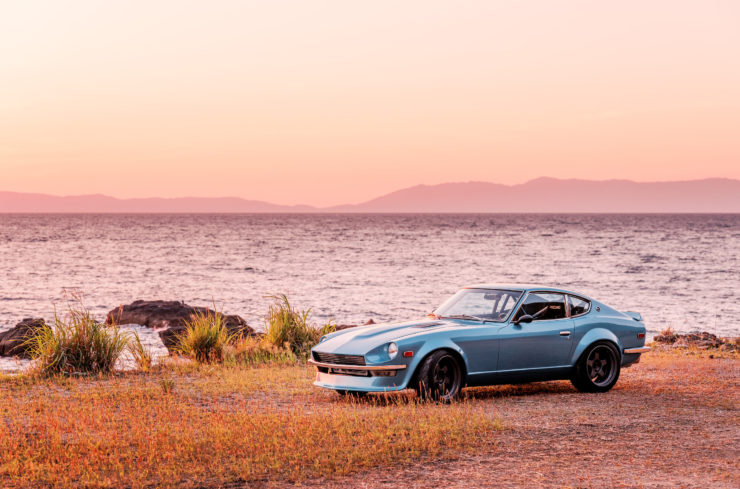 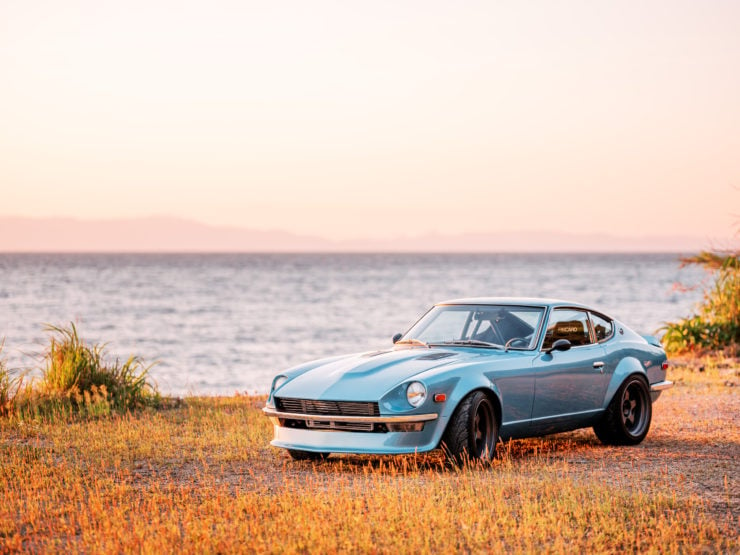 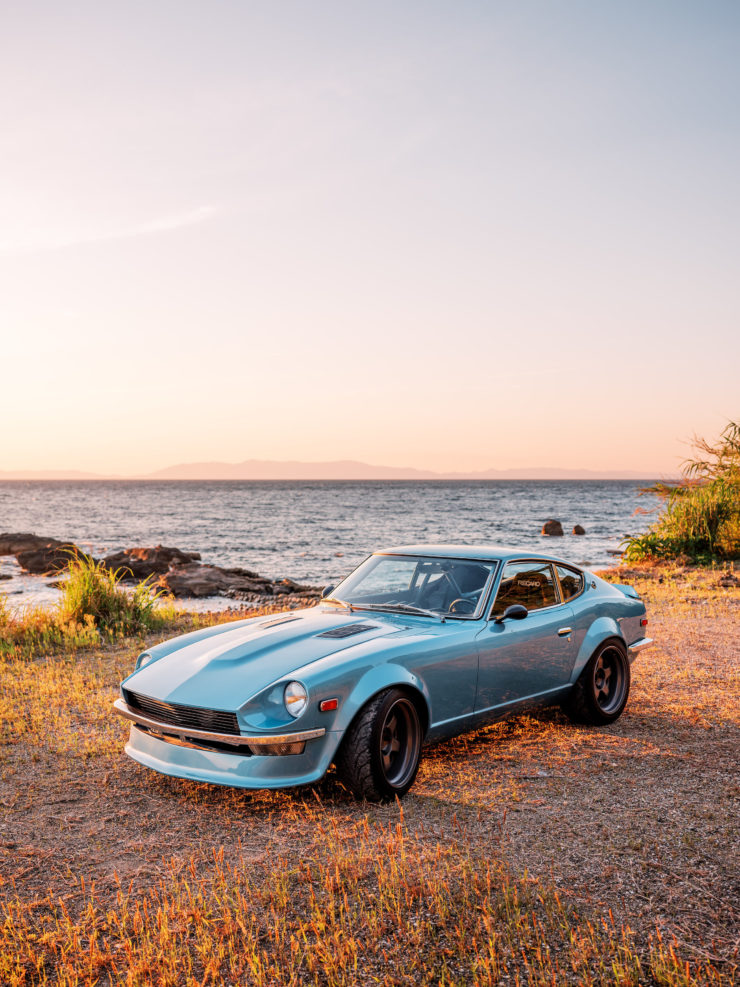 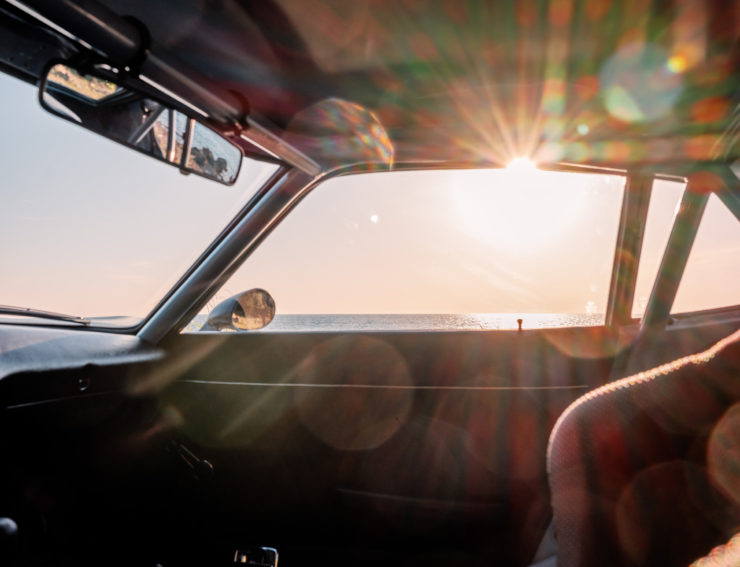 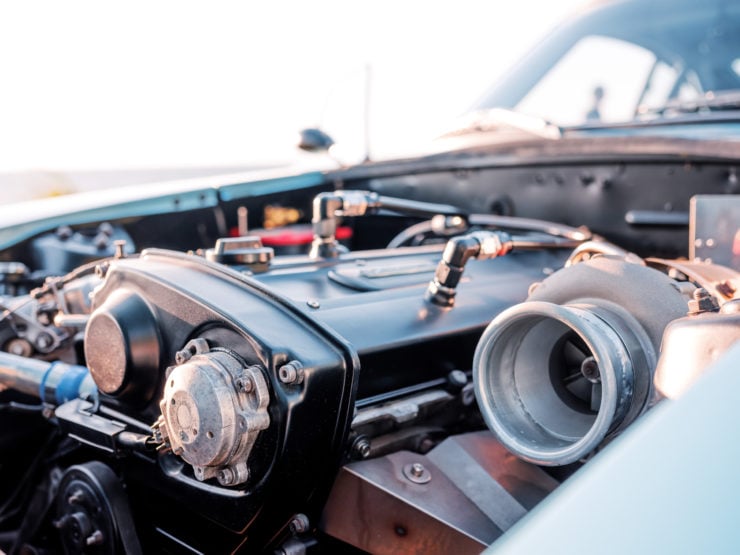 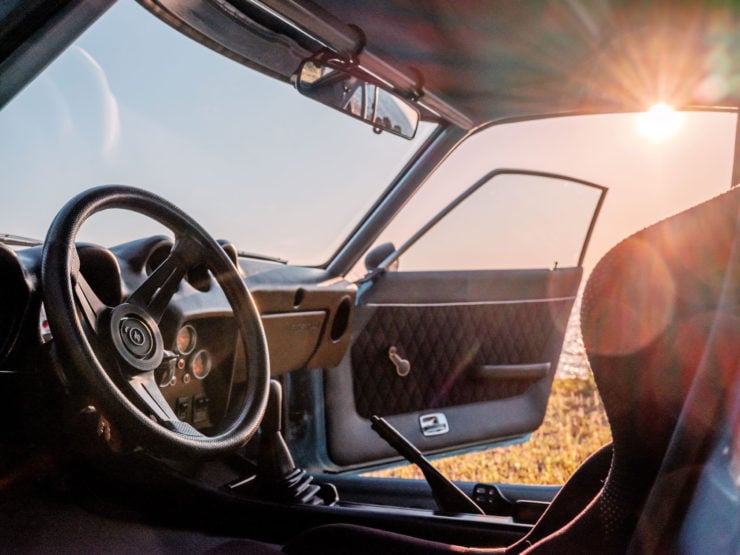 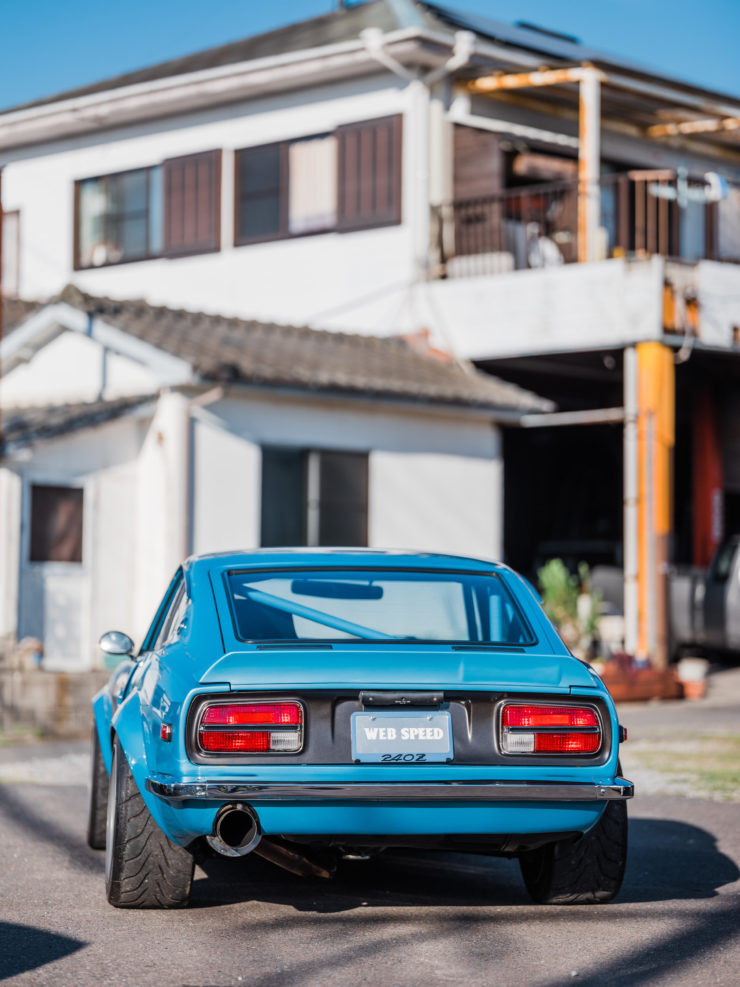