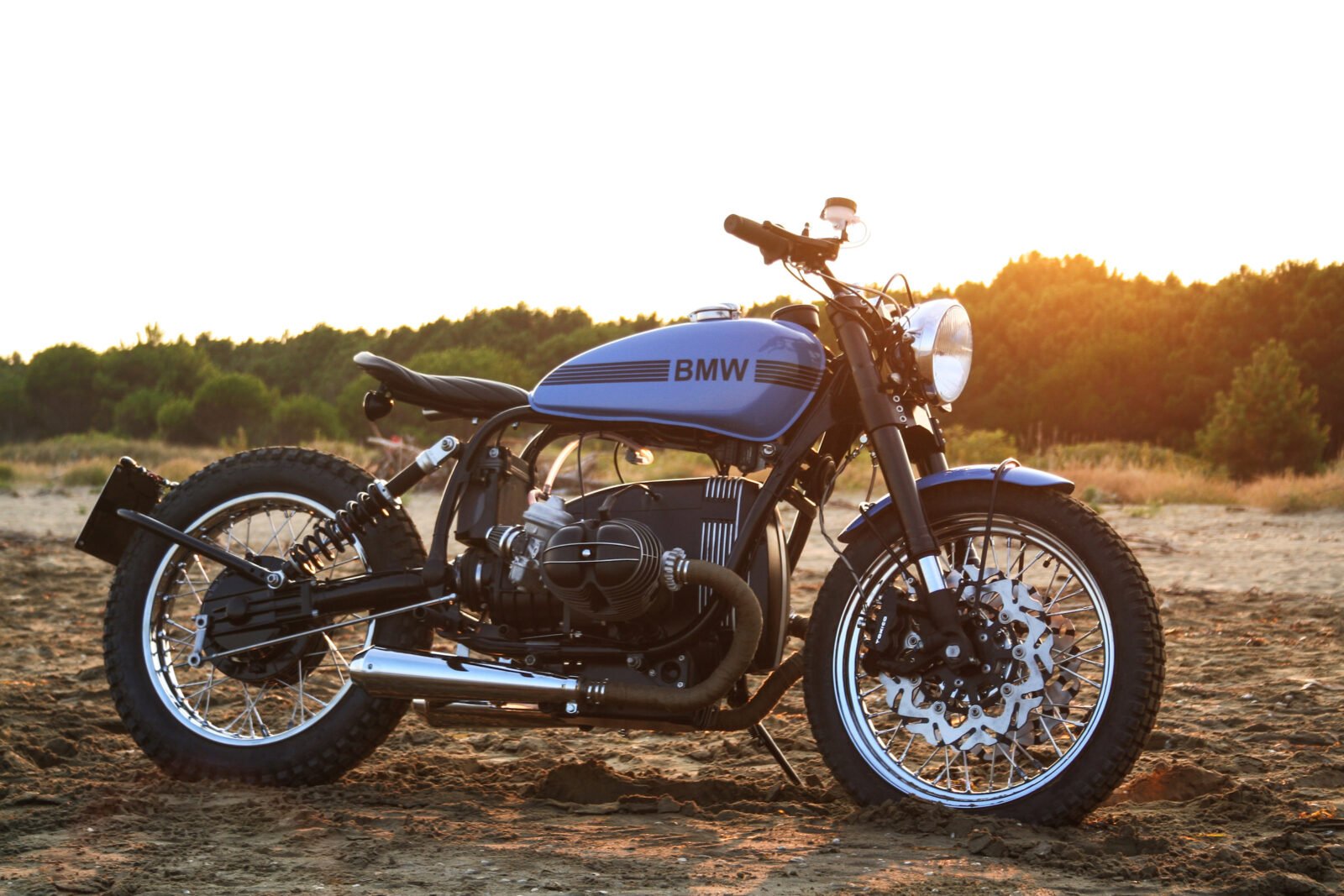 The BMW R80ST is one of the rarer and more unusual motorcycles from the German marque’s 1980s catalogue. It’s essentially a more street-oriented version of the legendary BMW R80G/S, the motorcycle that largely invented the modern dual sport adventure motorcycle genre.

Only a few thousand examples of the BMW R80ST were built between 1982 and 1984 with only 1,000 or so making it to the USA. It wasn’t a successful model for BMW, particularly when compared with the runaway success of the R80G/S, but the R80ST has found a loyal following of riders who love it for its toughness, its reliability, and its good road handling.

The BMW R80ST uses the same basic engine as the R80G/S, a 798cc air-cooled, horizontally-opposed twin with two push rod actuated overhead valves per cylinder. The engine and 5-speed transmission are of unit construction, and the bike uses an enclosed shaft drive to the rear wheel.

Despite its relatively low production numbers we’ve seen a few custom BMW R80STs over the years. Custom motorcycle builders love them for the same reasons their owners love them, and the model is now in demand by enthusiasts around the world. 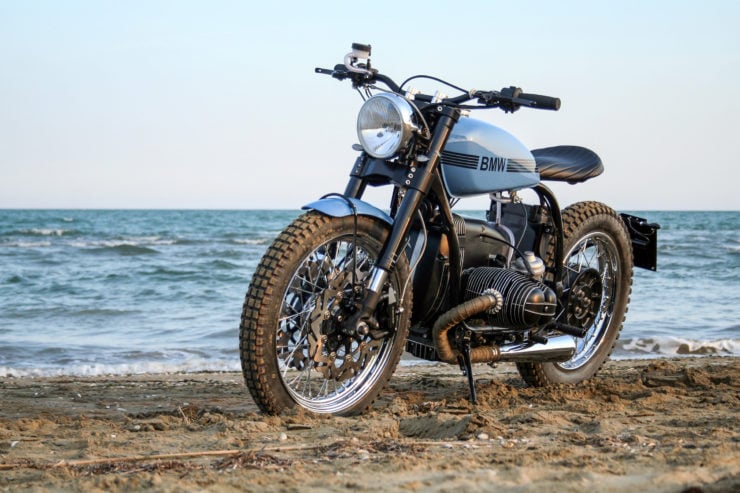 This BMW R80ST has been comprehensively rebuilt by the team at La Motocicletta, in fact its engine was completely disassembled and reassembled with R100 components – increasing both the capacity and power output with almost no externally visible changes.

La Motocicletta is run by Massimo Zancai, a specialist motorcycle engineer who is frequently contracted by major manufacturers including Aprilia and Moto Guzzi to fabricate complex parts for custom concept motorcycles. He’s responsible for many of the parts on the Aprilia RS-660 and the Moto Guzzi MGX-21, concept motorcycles from 2019 and 2017 respectively.

With La Motocicletta, Massimo enjoys the chance to built motorcycles as he wants them to be, he’s not dealing with clients or anyone else for these builds so he can specify everything from start to finish.

This custom required a complete strip down, the engine was rebuilt as mentioned above and the front and rear suspension were not completely replaced. A new adjustable monoshock was fitted to the rear using custom mounts to modify the geometry and an entirely new front end was fitted with adjustable upside down forks, twin four pot Tokio radial disc brakes with aftermarket rotors. 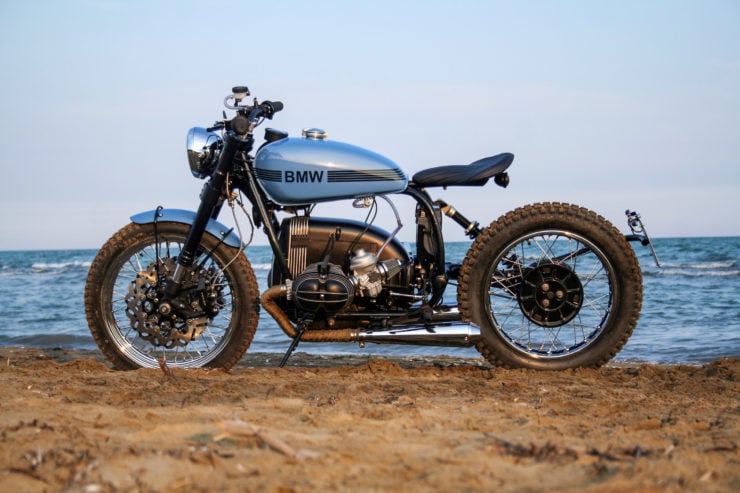 The original front fender was replaced with a newly fabricated unit, and the entire rear subframe was removed and replaced with a much smaller seat support for the single saddle. The engine now breathes through two Bing carburettors with pod air filters, and it has higher performance headers into higher flow mufflers.

The complexity of fitting the fuel tank was exacerbated by the fact that Massimo didn’t want any externally visible mounting brackets. The speedometer is integrated into the top of the fuel tank, and all of the electrical wiring is hidden underneath. The paint on the fuel tank was particularly time consuming, requiring 12 layers of clear coat with polishing between each layer to give the tank its glistening appearance.

The completed bike is a tastefully proportioned daily ridable custom motorcycle with notably more horsepower than the R80ST it started out as. If you’d like to see more of Massimo’s work at La Motocicletta you can click here to visit the website. 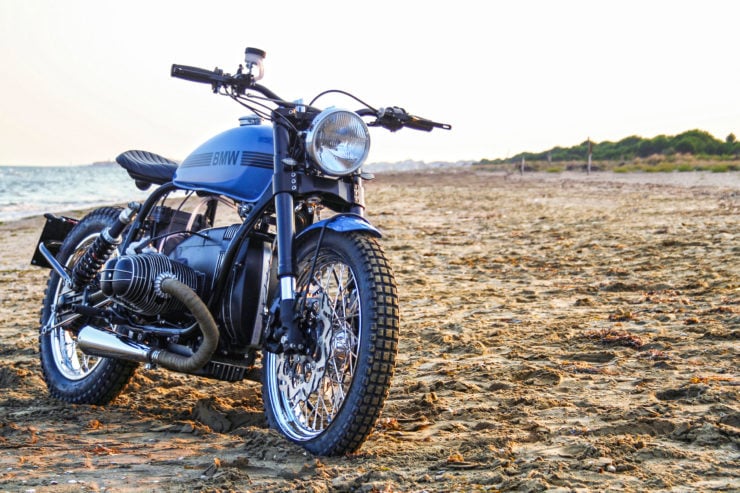 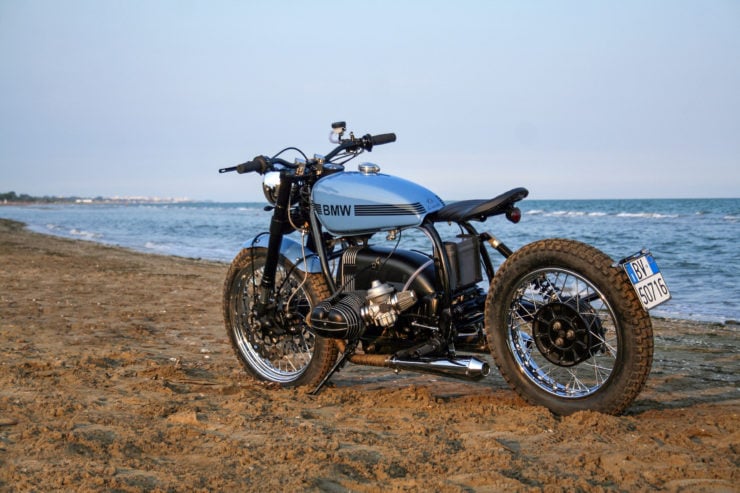 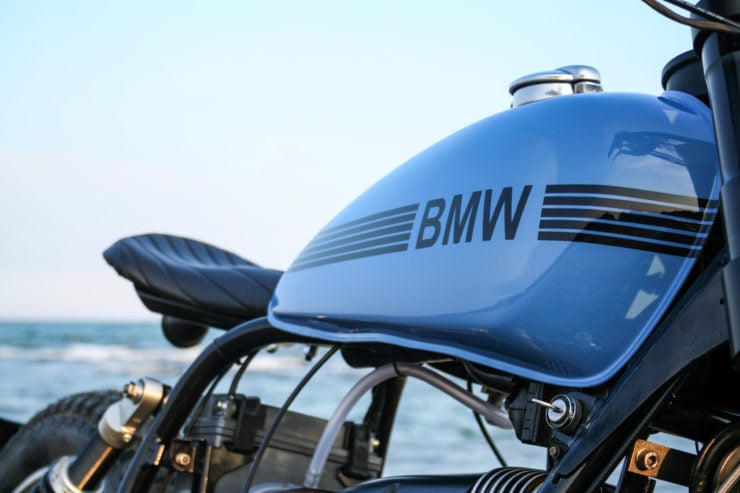 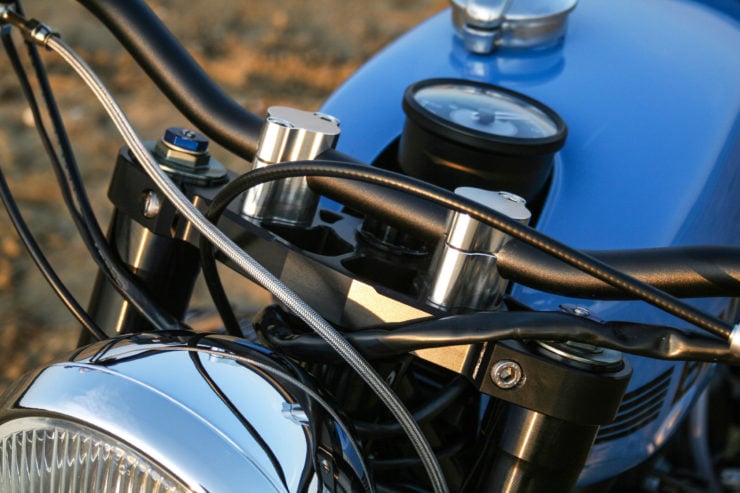 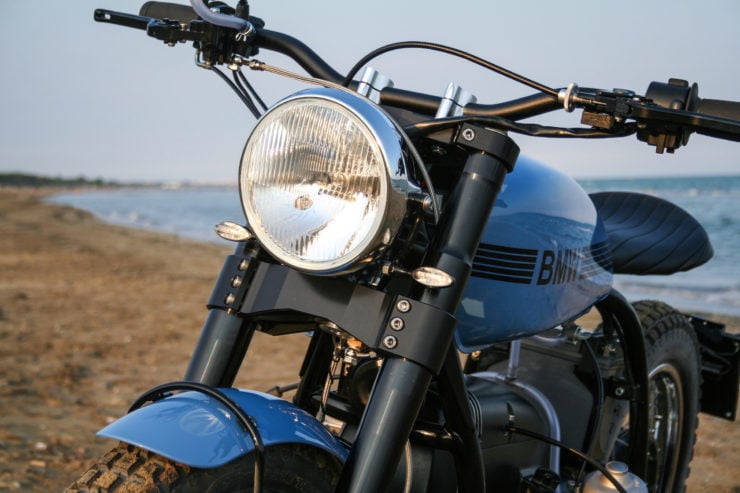 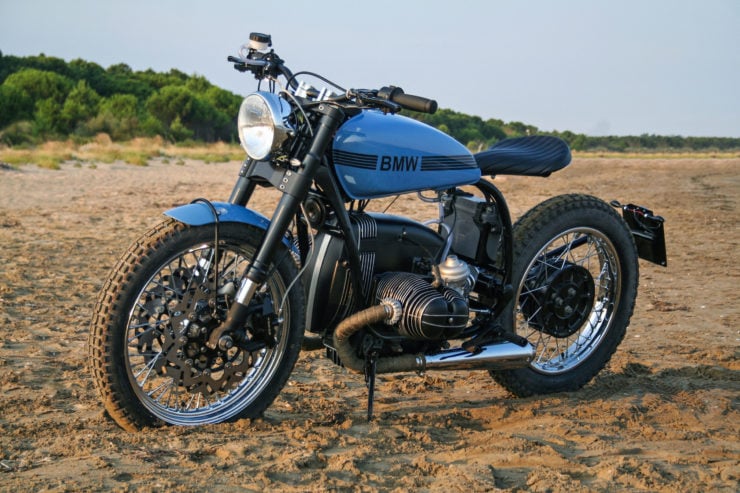 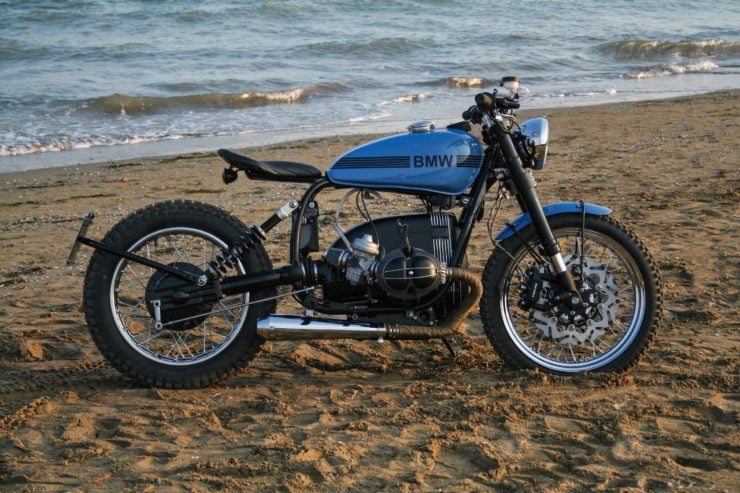 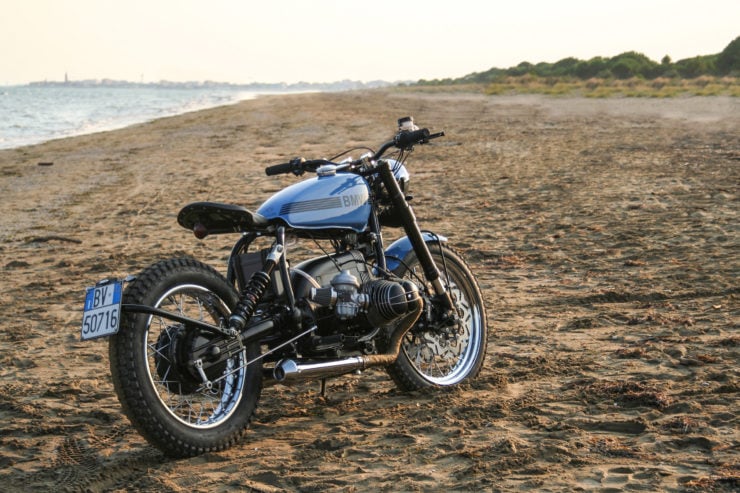 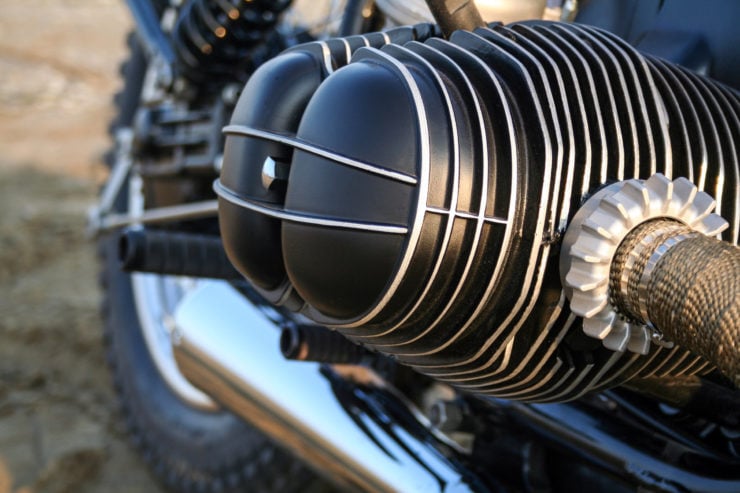 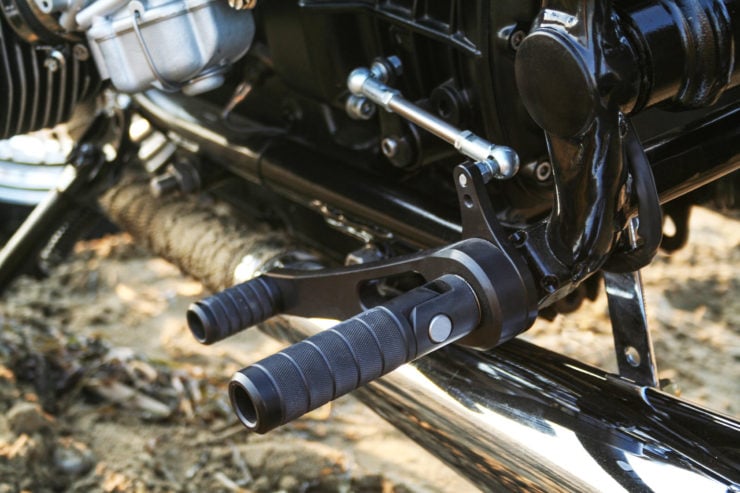 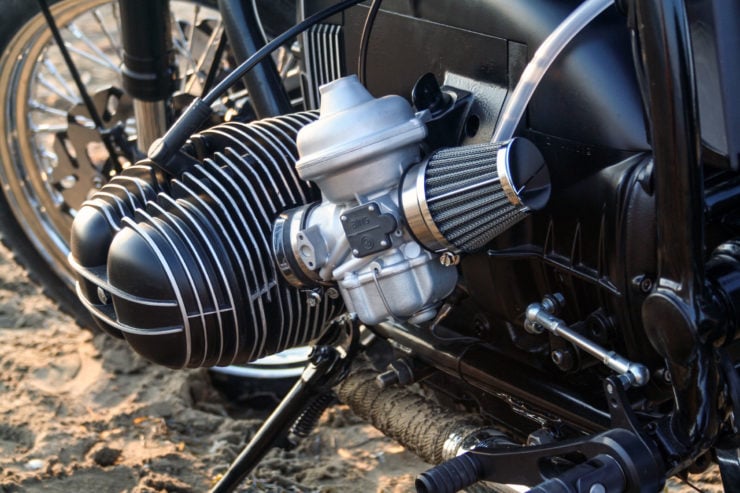 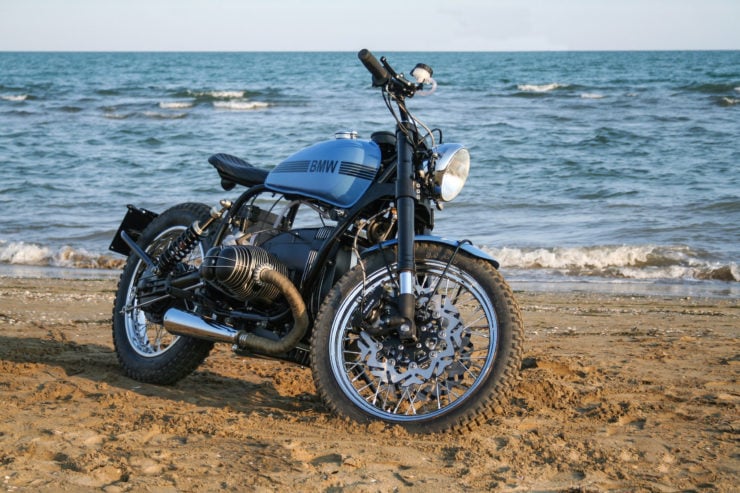 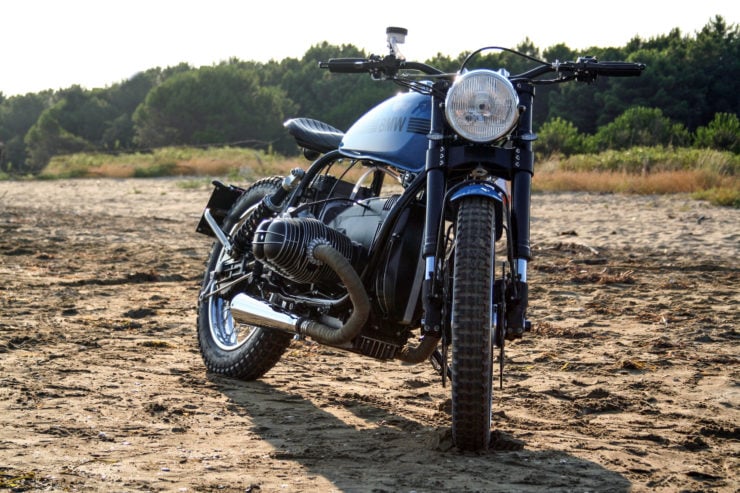 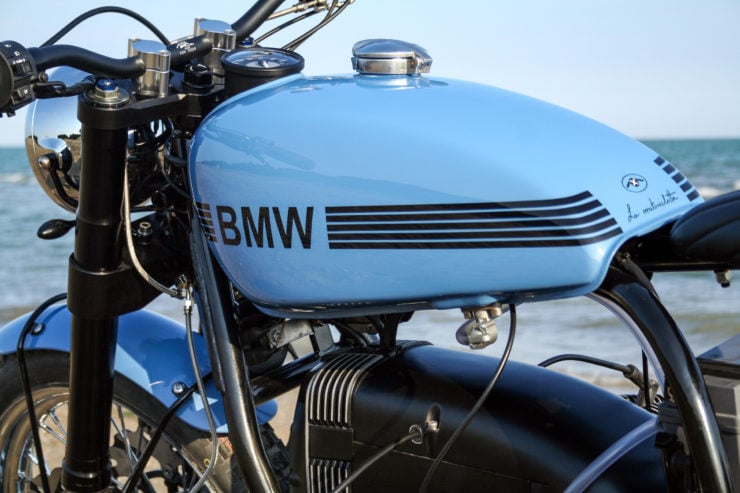 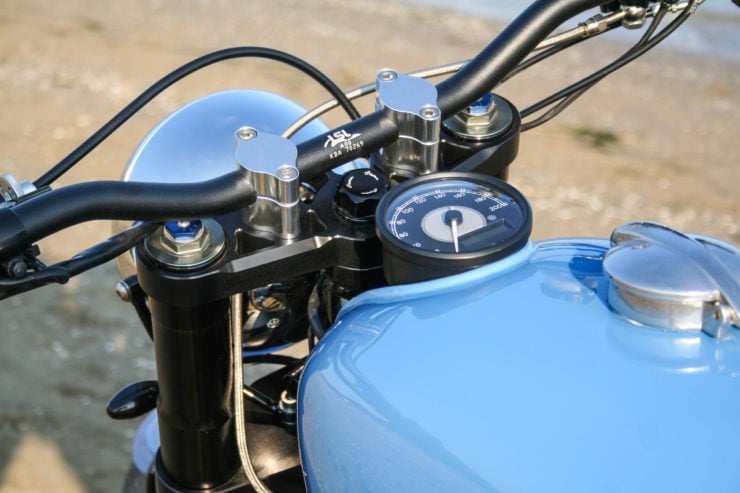 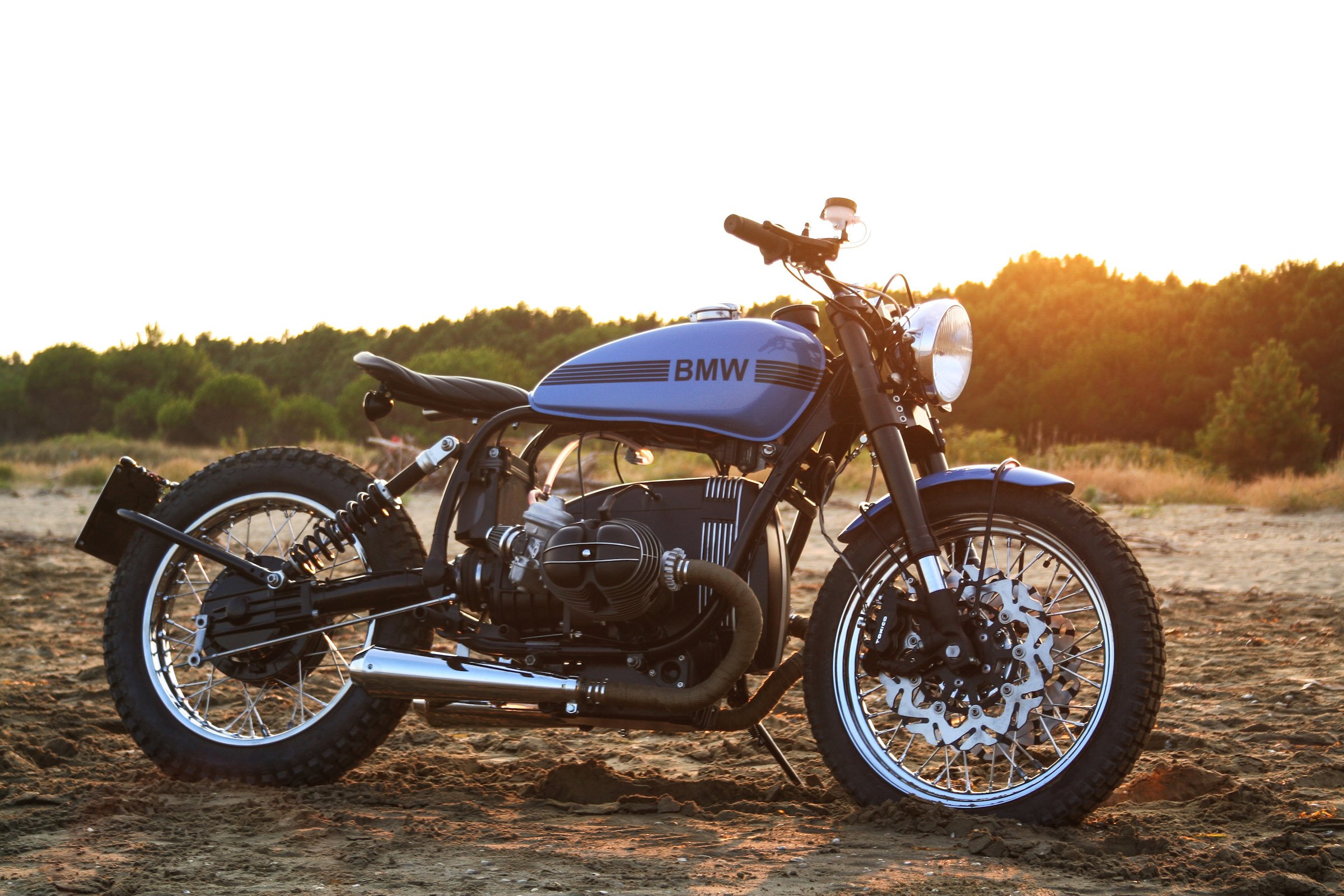