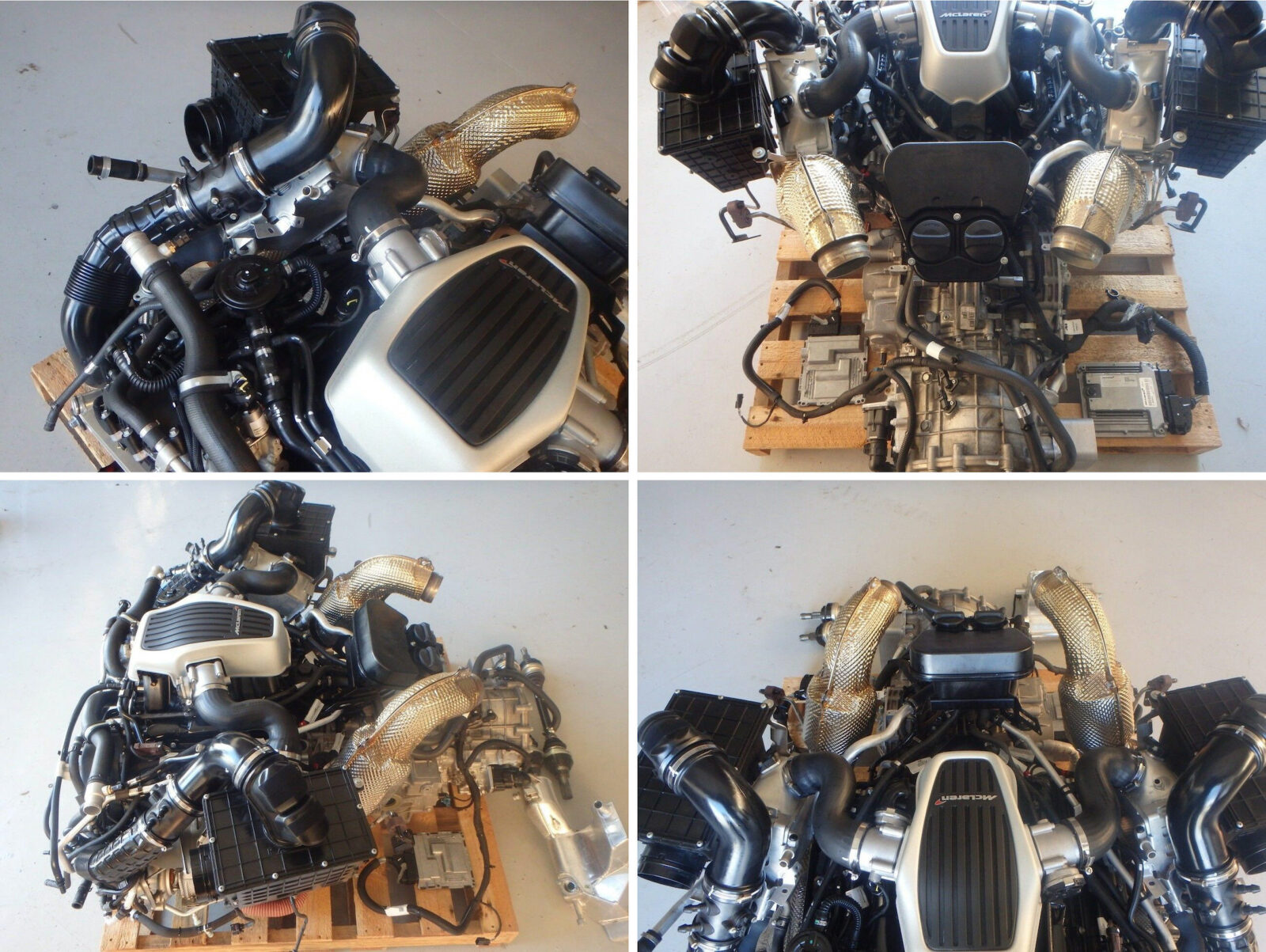 This week’s find is part of our ongoing “Supercar Engines On eBay” series, it’s a McLaren 540C Twin-Turbo V8 with many of the parts needed to get it fitted into your Miata – with the exception of engine mounts, time, money, and world class fabrication skills.

The McLaren 570 series was released in 2015 as the most daily-drivable cars in the British marque’s model line. The 3.8 litre twin-turbo is a variant of the engine used in the McLaren P1, though 30% of its components were redesigned for this application.

The engine produces 562 hp (or 570 ps, hence the model number) and 443 ft lbs of torque, sending power to the rear wheels through a 7-speed dual-clutch transmission. When it was released this was the most fuel efficient engine in the McLaren stable, capable of a combined 25.5 mpg imperial, or 11.1 litres per 100 km / 21.2 mpg US.

The 570C variant was the most affordable, though the word affordable is being used in relative terms here as it still cost £128,055, it was never offered for sale in the United States. 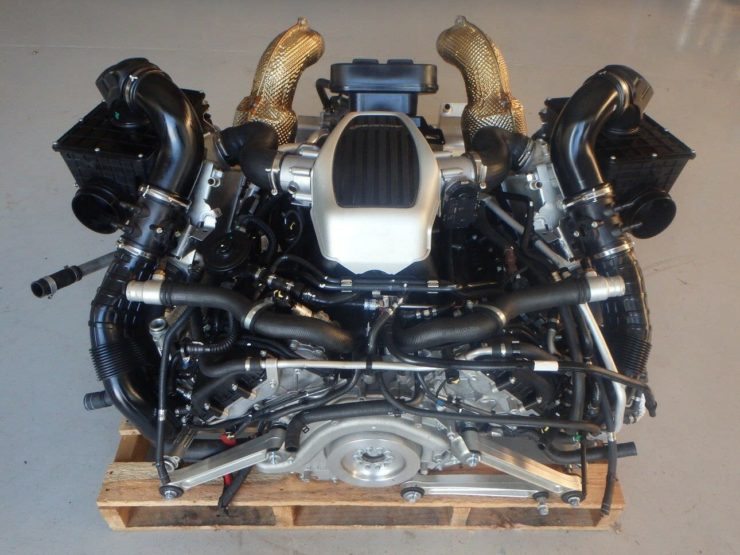 When developing the 570C the engineers at McLaren were focussed on making the most usable supercar they could, it features improved city driving characteristics and better, less extreme ride quality.

That said, the 570C certainly wasn’t a slouch, it was still capable of 199 mph (down from the 204 mph of the 570S), and it could do the 0 to 60 mph dash in just 3.4 seconds. The engine is the M838T E variant of the highly regarded McLaren M838T engine family, it’s a 90º twin-turbocharged flat-plane V8 with double overhead cams, four valves per cylinder, and all-alloy construction (block and heads).

The McLaren 540C you see here comes complete including the all-important McLaren ECUs, as well as both its original turbos, the engine wiring harness, the transmission, the intercoolers and air boxes, the catalytic converters, and the rear driveshafts, although it should be noted that one outer cv is damaged. This damage was likely caused by the accident that saw this engine removed from the car and offered for sale on eBay with a Buy It Now of a little over $40,000 USD. 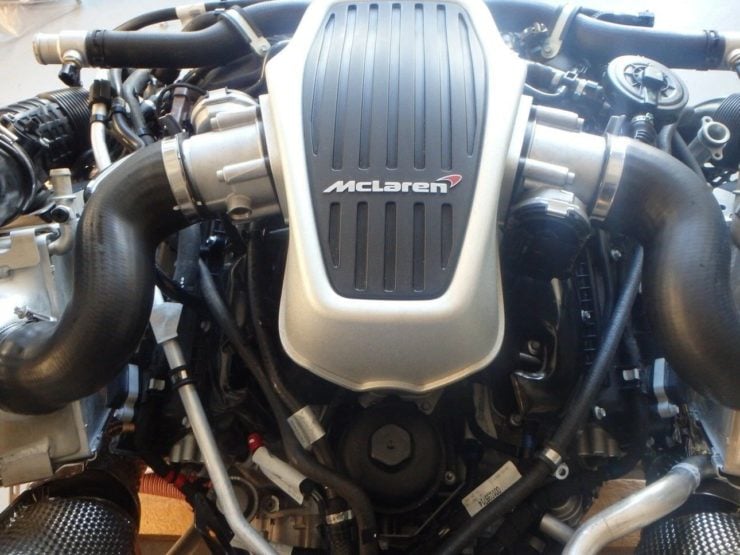 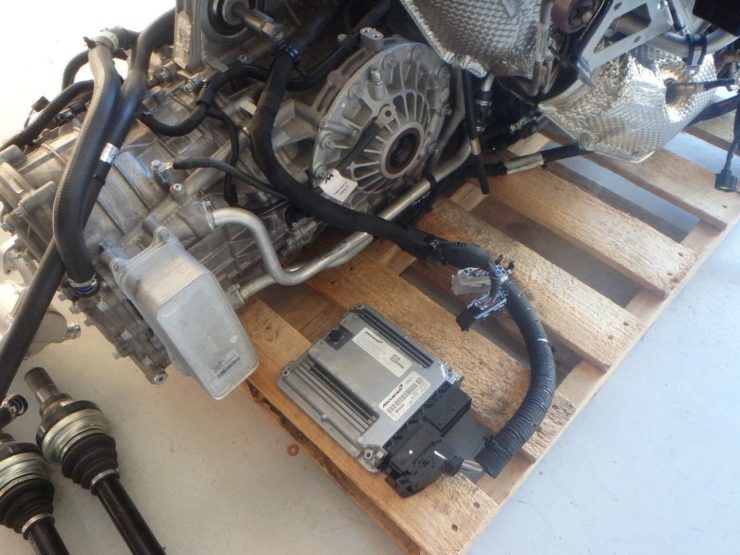 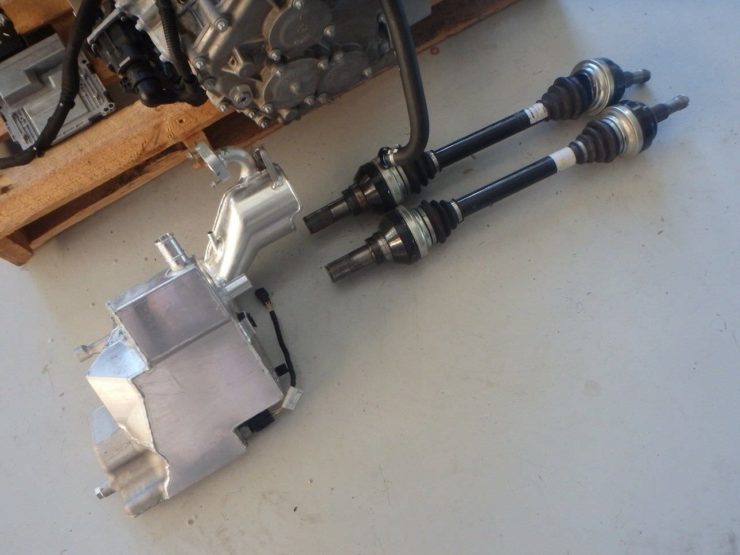 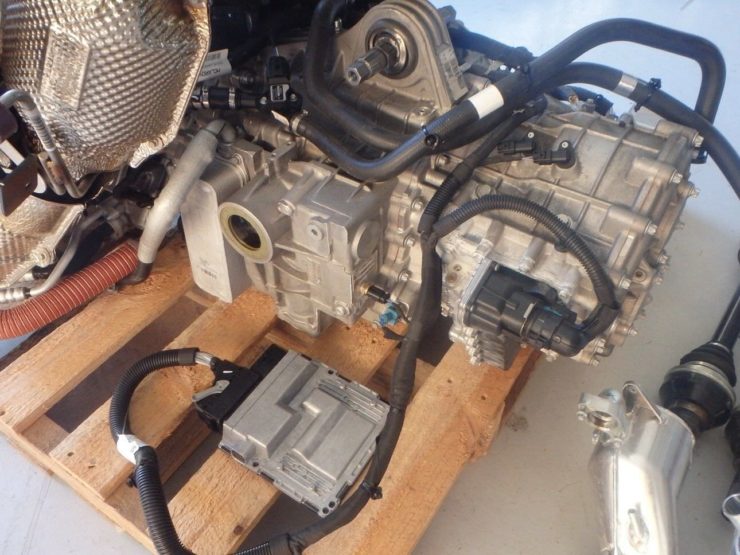 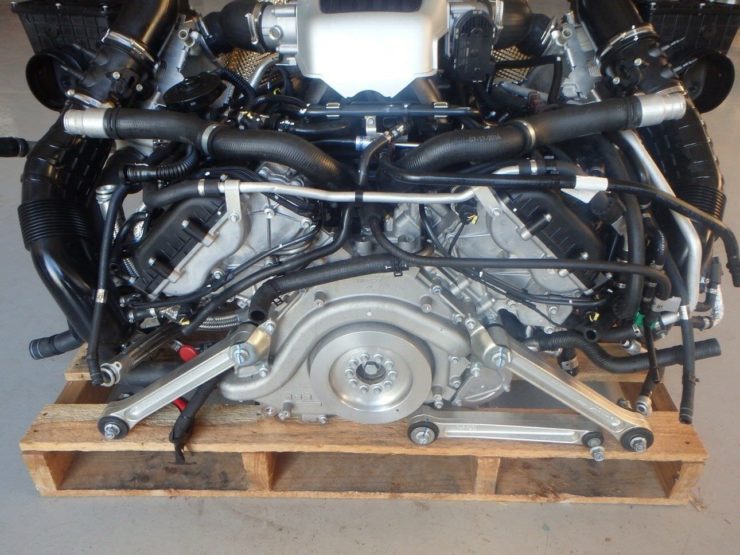 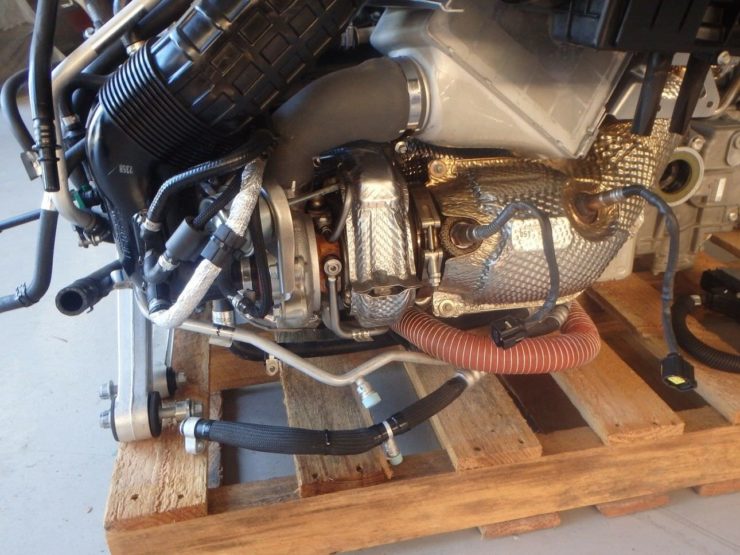 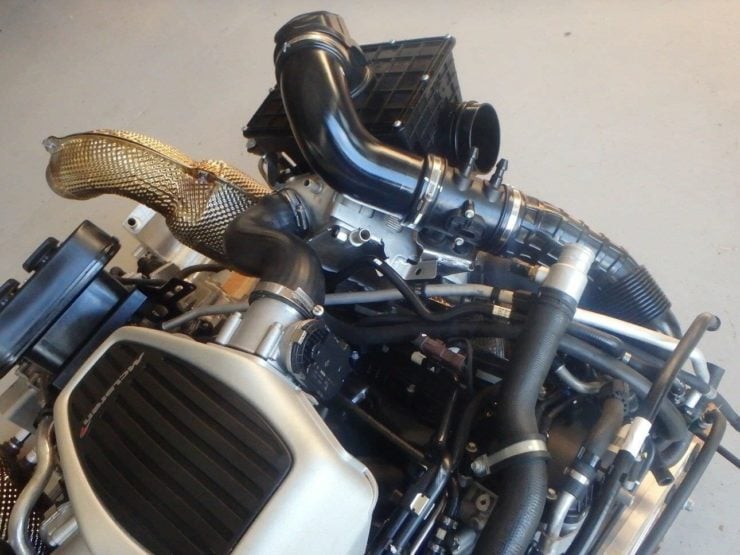 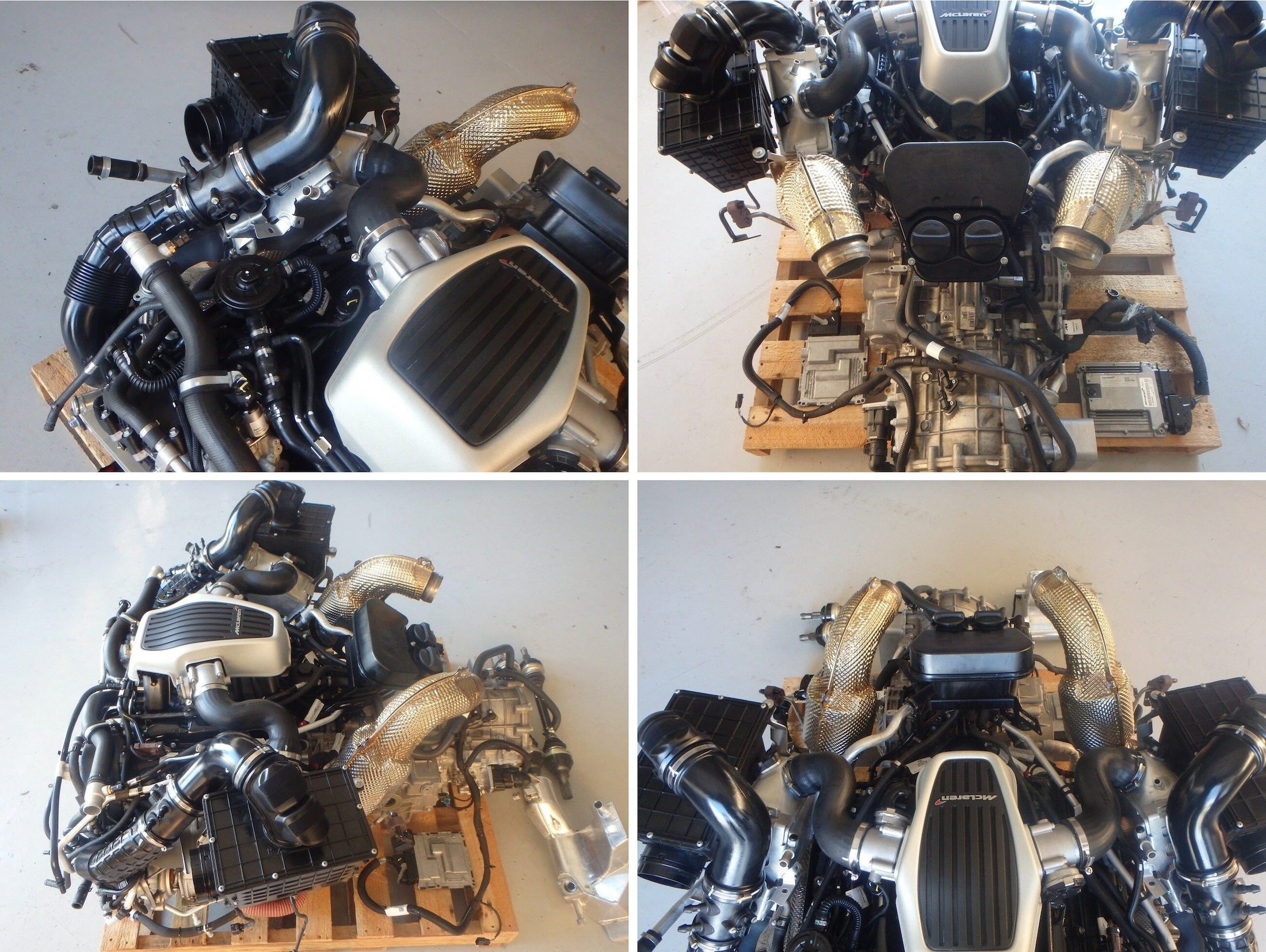