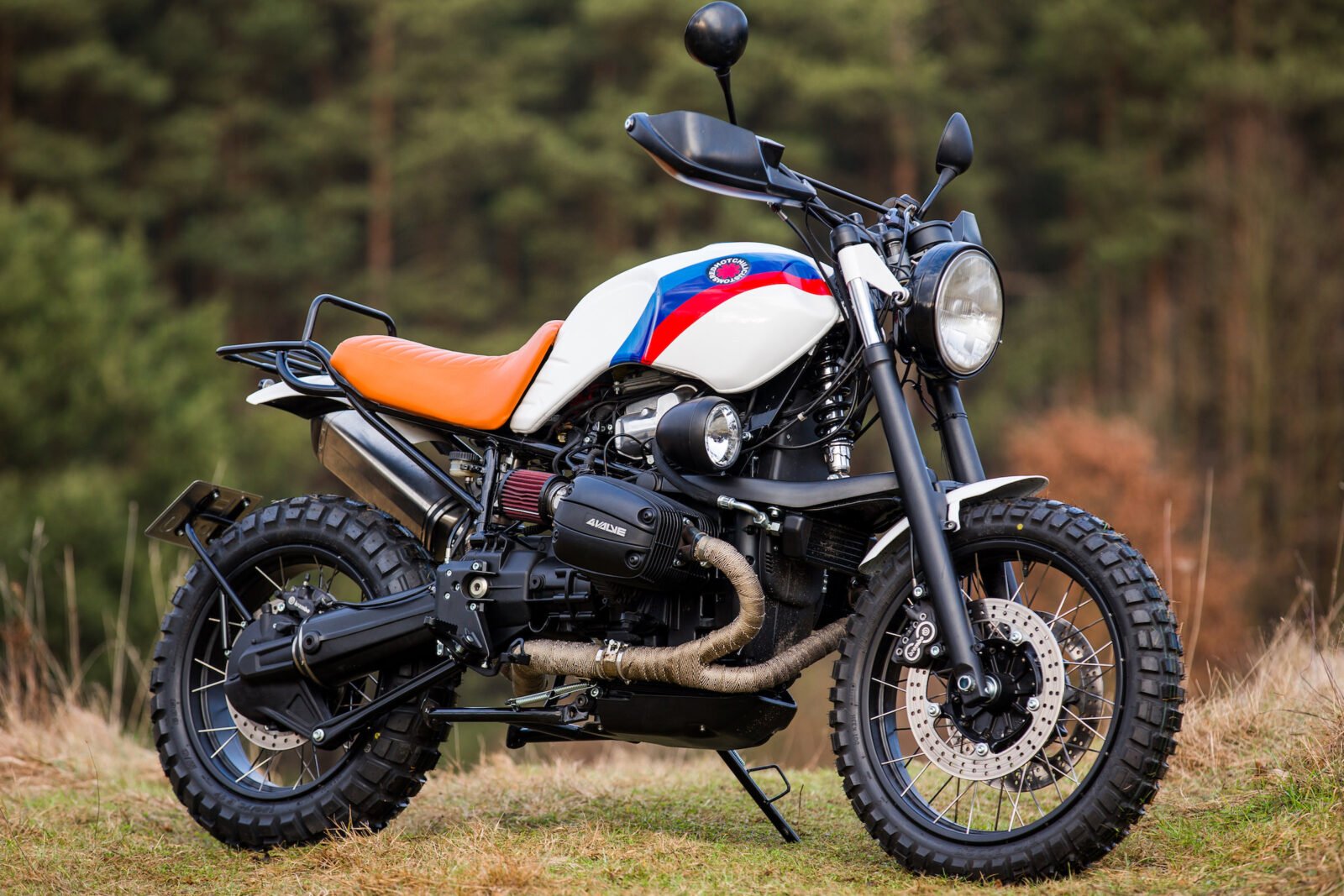 This custom BMW R1100GS is the work of one of Poland’s pre-eminent custom motorcycle garages – Red Hot Chili Customs. The donor bike was bought from its former owner in Switzerland before being transported to Poland for a rebuild into a custom scrambler with genuine off-road ability thanks to its GS origins.

Red Hot Chili Customs was founded by Krzysztof, known as Redu, and his fiancé Marta. They’re grown to become one of the largest custom motorcycle workshops in Poland, with over 65 customer bikes built and counting.

Redu has been riding since he was 8 years old, but it was an overland trip from Poland to Siberia on a two stroke Jawa 250 that made him want to work on motorcycles full time. He did the trip with a friend on a Yamaha XT500, a far better choice for the journey, and a year later Redu has his own XT500 for the second Sibera trip – this time they would make it all the way to the Pacific Ocean port city of Vladivostok. 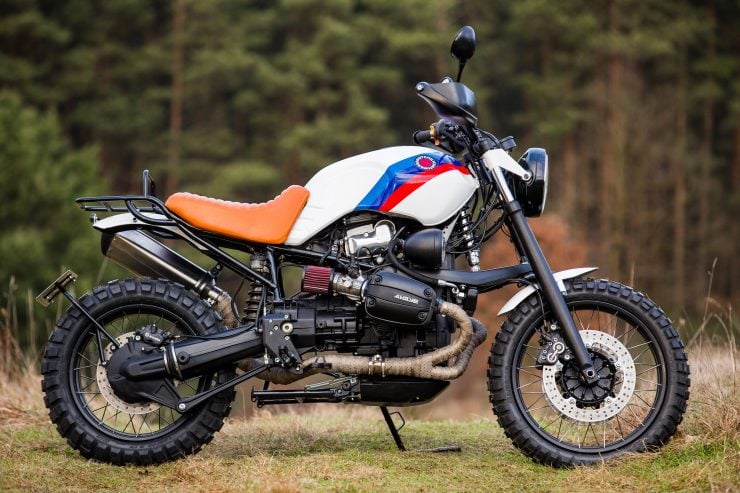 The BMW R1100GS is an adventure bike famous for the fact that it can go anywhere. They’ve been ridden across Africa, across the Australian Outback, across the Andes in South America, and probably everywhere else this side of Antarctica.

Power was sent to the rear wheel via a 5-speed transmission and a Paralever shaft drive swingarm. One of the most notable features of the model are its Telelever forks, also known as Saxon-Motodd forks. These forks use a wishbone that mounts to the frame directly, integrating a monoshock. The system relieves the braking and suspension forces from the forks and sends them directly into the frame, reducing dive under braking. 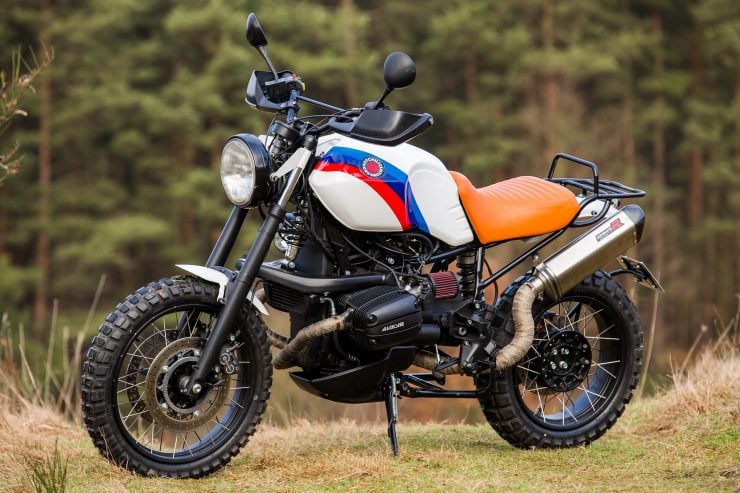 The custom you see here is a reworked BMW R1100GS that’s been turned into a scrambler, keeping all of the off-road chops of the original but adding a hefty dose of retro appeal. The first order of business was sourcing a fuel tank that would fit the bike without looking out of place, it turns out the BMW R nineT tank fits perfectly with a couple of minor tweaks.

The Telelever forks make finding a suitable headlight a bit of a challenge, but a Yamaha SR500 2J4 headlight works well in this case with a custom bracket. Motogadget M.Blaze Pin indicators were chosen as bolts to mount the headlight – cleverly combining two functions.

A new luggage rack was integrated into the subframe and the original seat was kept but reupholstered. The original ABS system was kept and both the front and rear fenders were kept after they’d been modified to suit.

Funnily enough the most time consuming part of the build was the process involved in painting the wheel rims black. After 20 years of use the aluminium wheels had almost welded themselves to the stainless steel spokes, it took Redu three days of work heating the rims, cutting the spokes, and removing them so the wheels could be sent for paint.

The engine was repainted in black and a new Dominator exhaust system was fitted, along with pod air filters, and a single spot light on the right hand side. 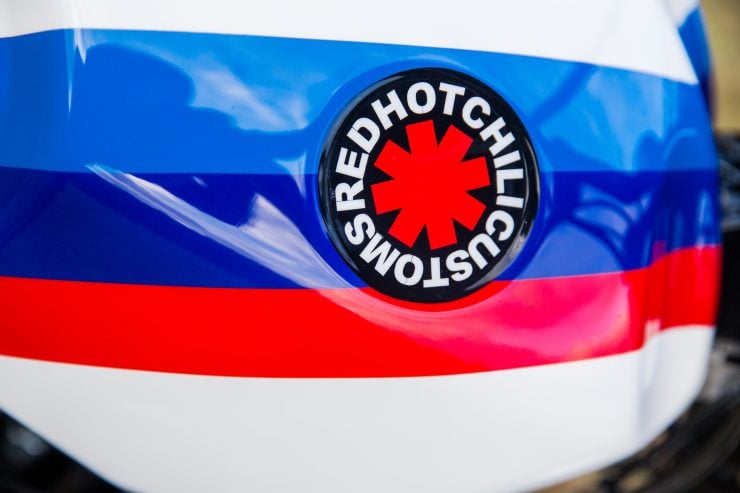 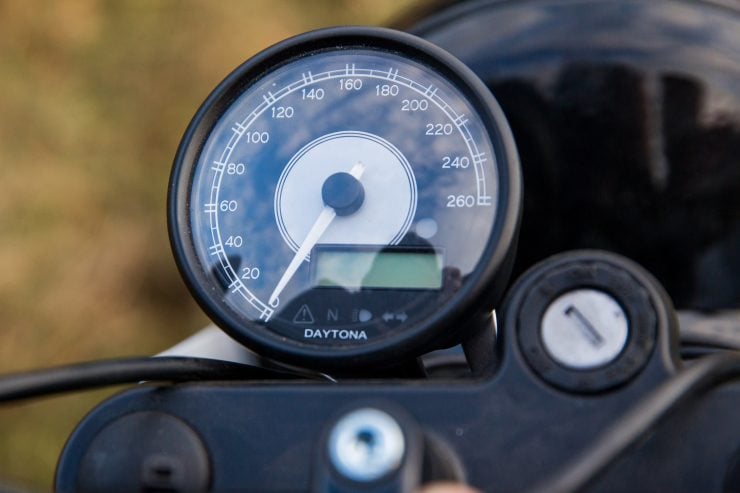 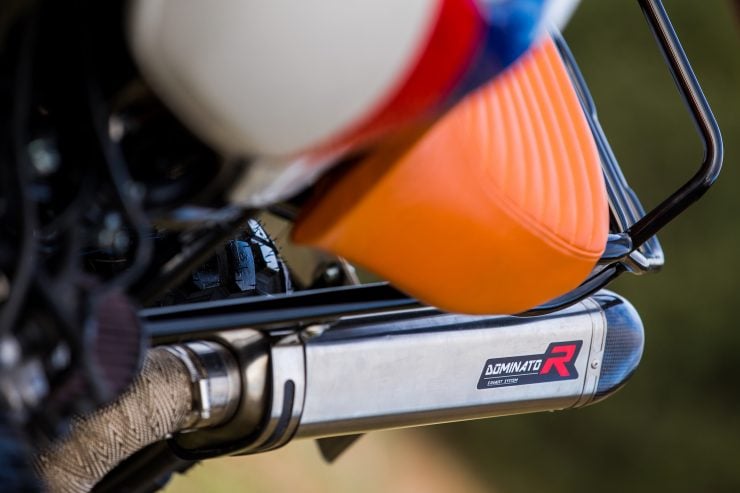 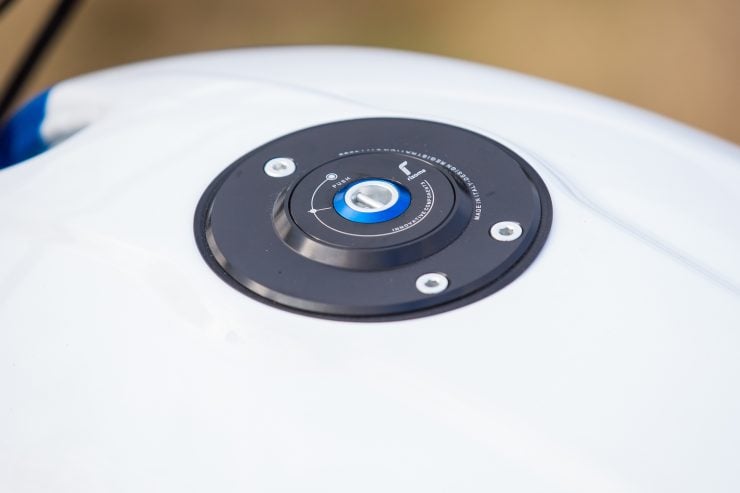 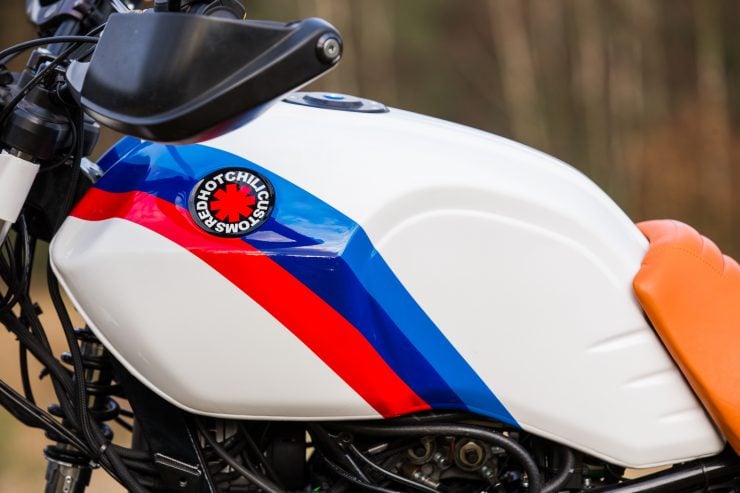 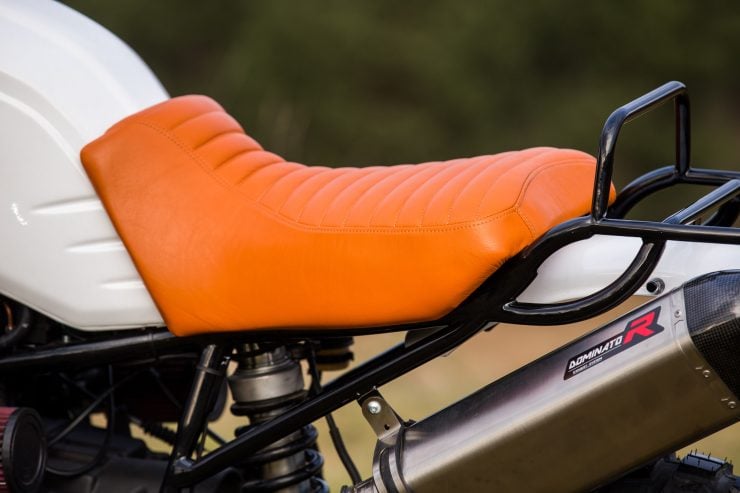 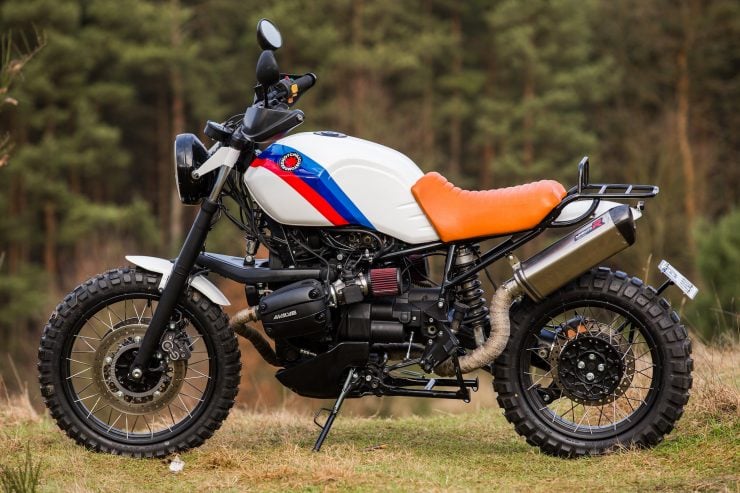 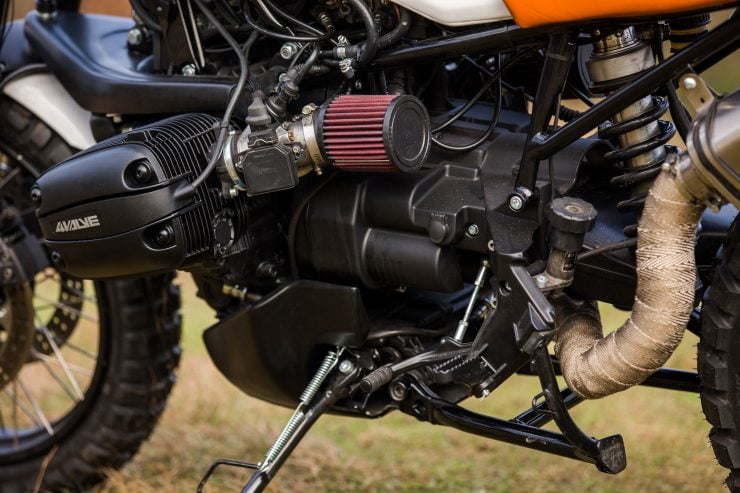 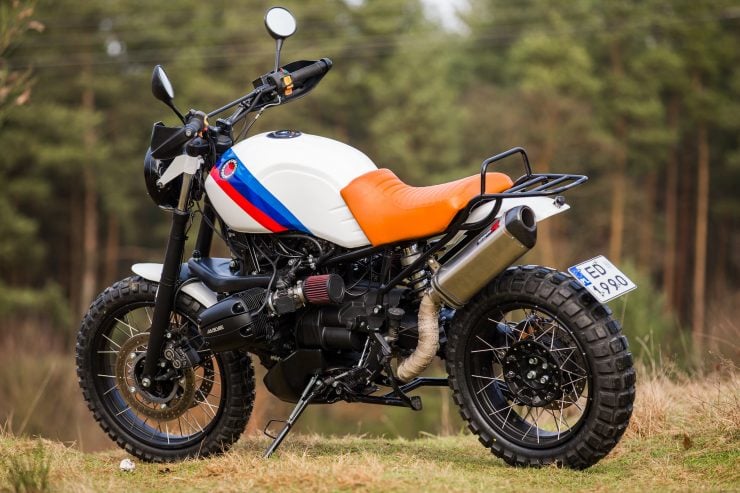 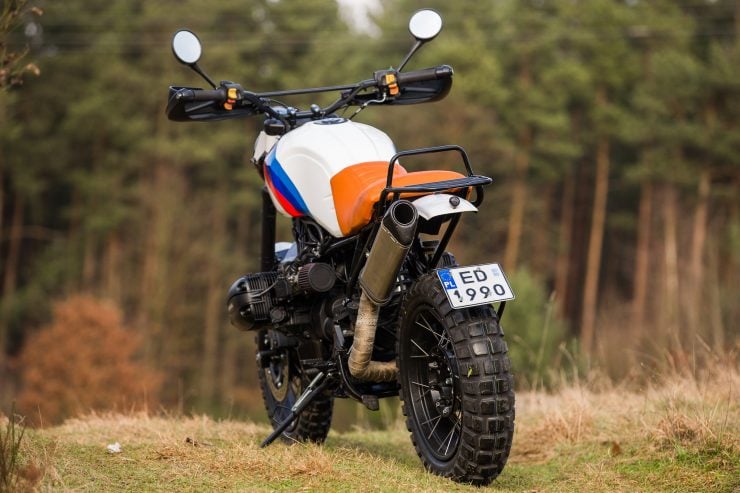 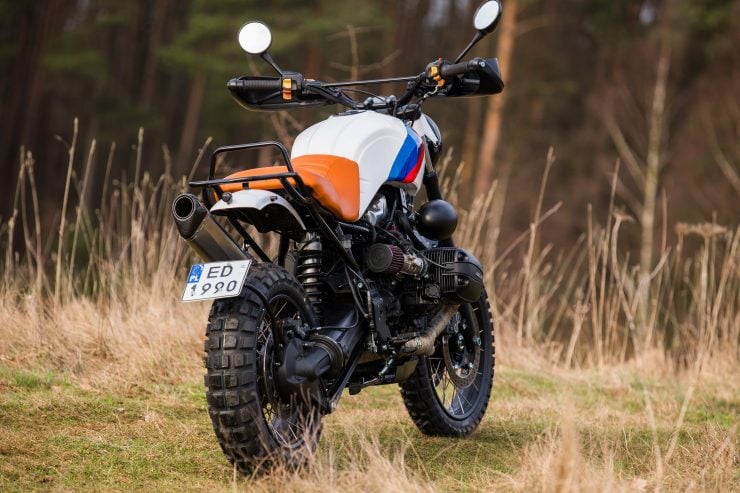 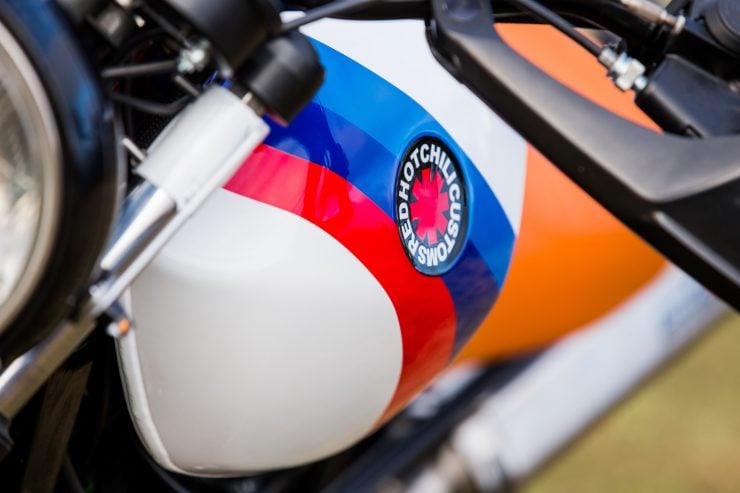 The Ducati 900SS is one of the most important road-going superbikes from this period in the Italian company’s history. The 900SS model was a direct descendent of the 750SS which was the motorcycle that took…