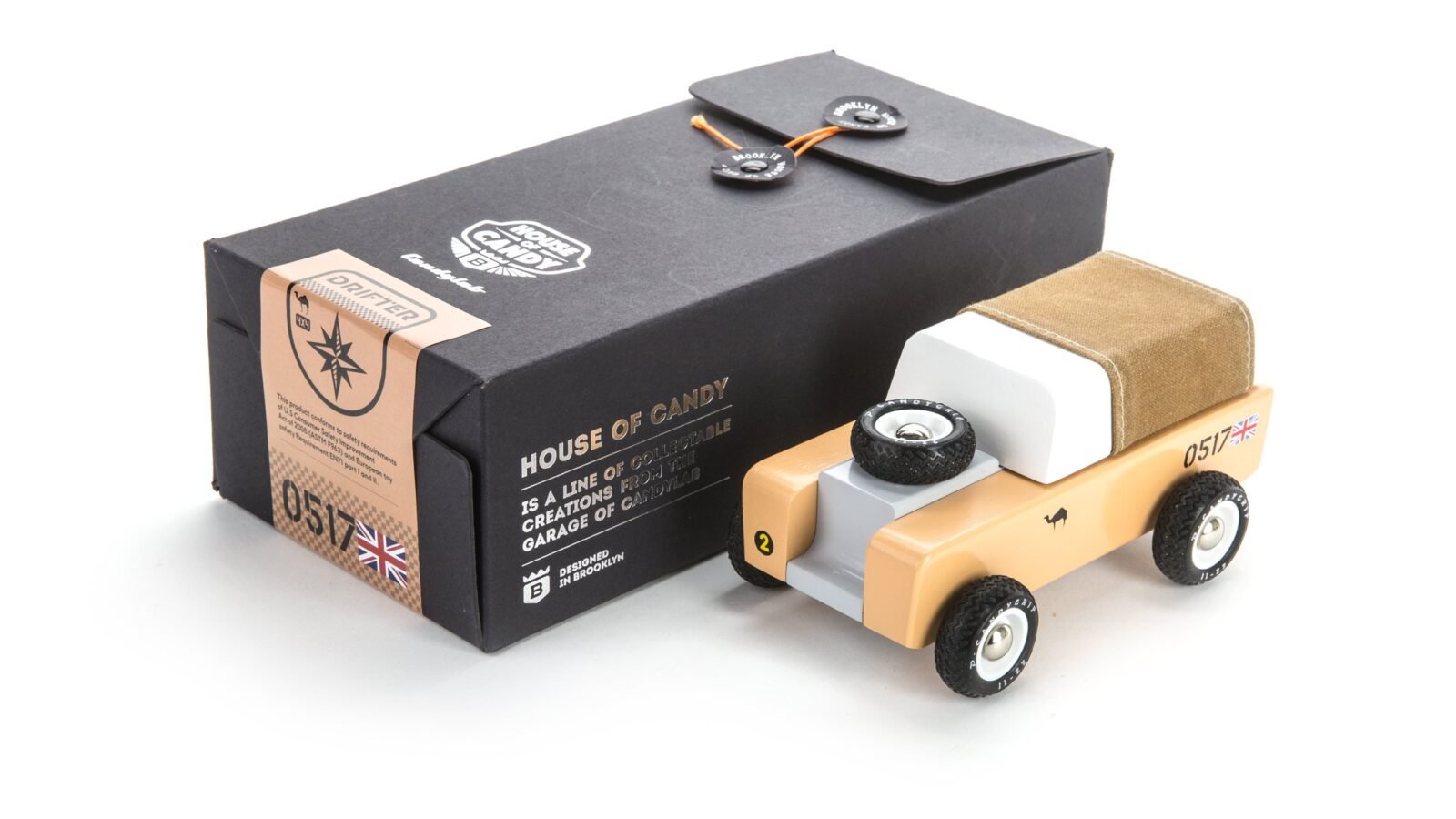 The House of Candy Drifter is a Land Rover-inspired wooden car built to a far more traditional style that most modern toy cars, it has a main body of solid beech wood, it’s finished with water-based non-toxic paints, metal axles, and real rubber tires.

House of Candy was founded specifically to bring back the golden age of children’s toys, from a time where plastic was rare or entirely non-existent. Each toy is assembled by hand (and hand-sewn when required) in Montgomery, Pennsylvania.

All House of Candy cars comply with modern safety requirements for children 3+, including the Consumer Safety Improvement Act of 2008 (ASTM F963), Australian and NZ safety regulations, as well as European toy safety requirement EN71 parts I and II. The company regularly tests all toys to ensure safety

The new Drifter has a design influenced by Series Land Rovers, the top is covered with US-sourced waxed canvas and it has a hidden magnet embedded in the rooftop for the matching accessories like surfboards and kayaks (sold separately). Each one comes in a traditional string tie-down collector’s box with silver embossed foil.

For parents with young kids these models make excellent gifts, and they’re great for uncles and aunties too. Many who buy them don’t actually give them away, they keep them, which is why House of Candy also sells wooden display bases. 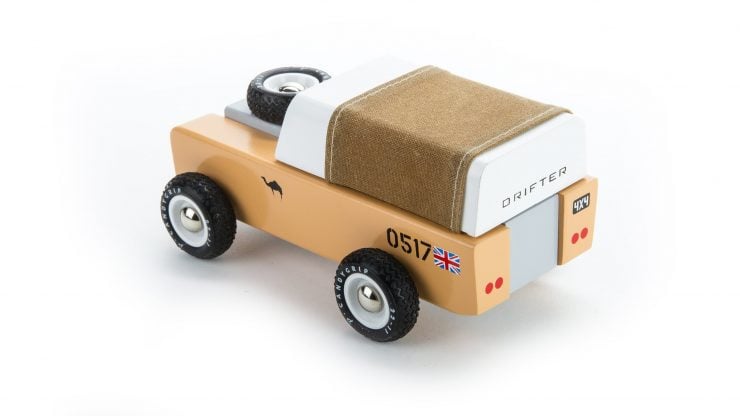 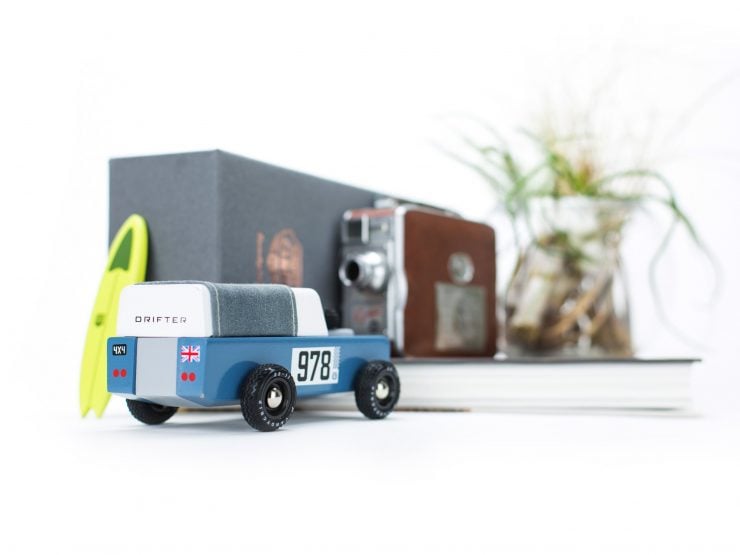 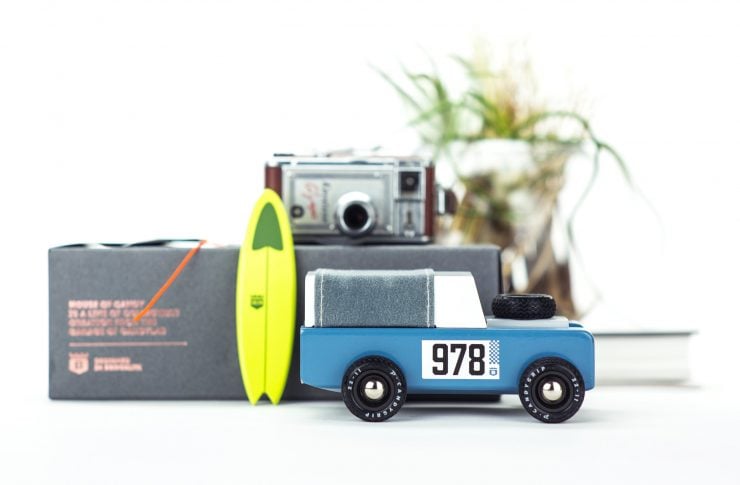 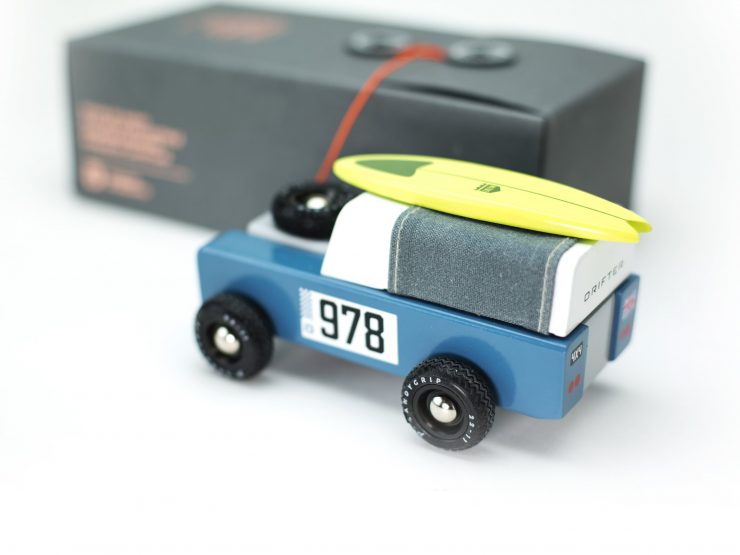 This short film clip from the former British motoring television show “Drive In” was only very recently uploaded by Thames TV. It offers a fascinating look into the motoring world of the 1970s and an…