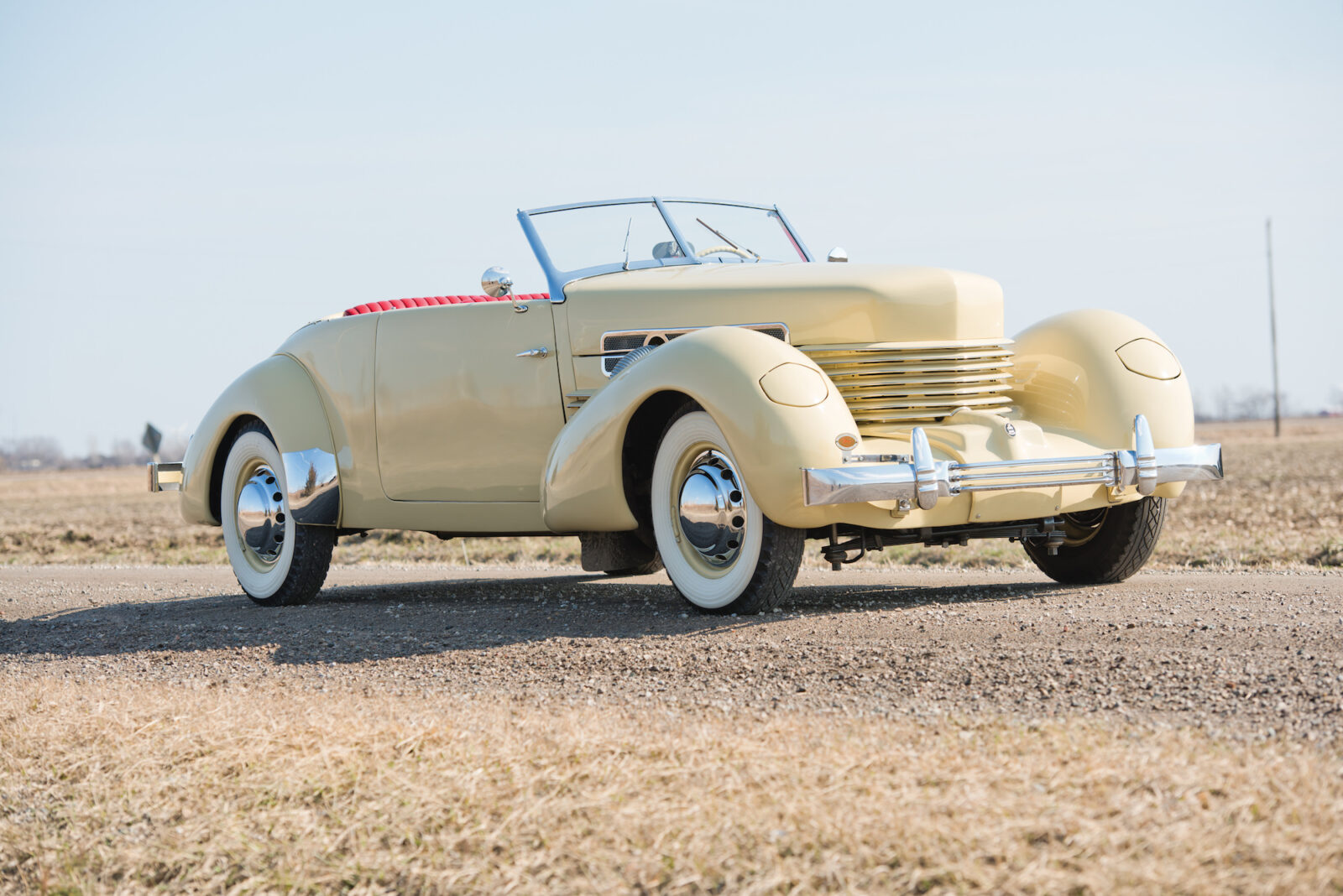 The 1937 Cord 812 Supercharged Phaeton is widely regarded as one of the most beautiful and important American automobiles of the 20th century.

During its release at the 1935 New York Auto Show the crowds were so overwhelming that many climbed onto other nearby cars to get a view of the revolutionary new design, orders flowed in immediately and despite promises of Christmas deliveries the trouble-fraught cars didn’t begin landing on showroom floors until February.

Early mechanical gremlins with the 1936 Cord Phaeton led to orders tapering off fairly rapidly, stories quickly spread of vehicles slipping out of gear and severe vapour lock (when the liquid gasoline changes state from liquid to gas while still in the fuel delivery system). Many of these 1936 cars were rebadged as 1937 models after these teething issues had been resolved.

These problems mean that the 1937-year models are generally far more reliable, of the 1937 cars the most sought after is the 812 Supercharged version you see here. Powered by a Lycoming V8 capable of 170hp, the 812 had a unique front wheel drive system that allowed the rest of the car to run unusually low to the ground – this helped improve handling and led to the 812 holding the average speed record (80mph) at the Indianapolis Motor Speedway, that would stand until 1954.

This particular cream 812 Phaeton is due to be auctioned with RM Auctions on the 26th of July 2014, it’s being offered without reserve, so you still have plenty of time to go through the couch cushions looking for additional funds. 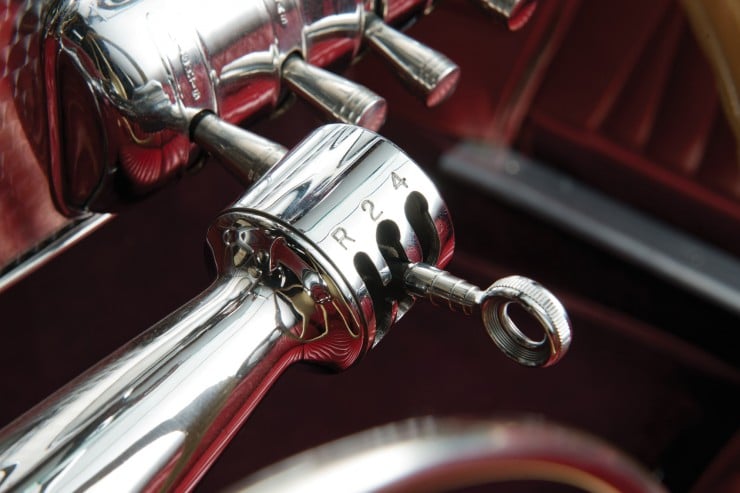 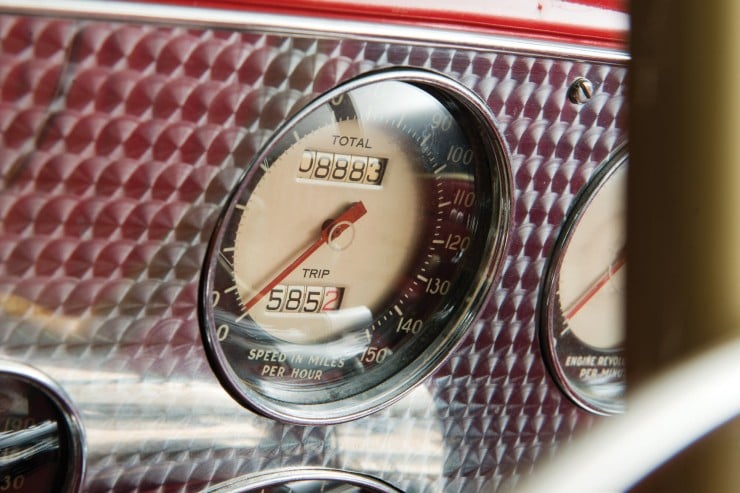 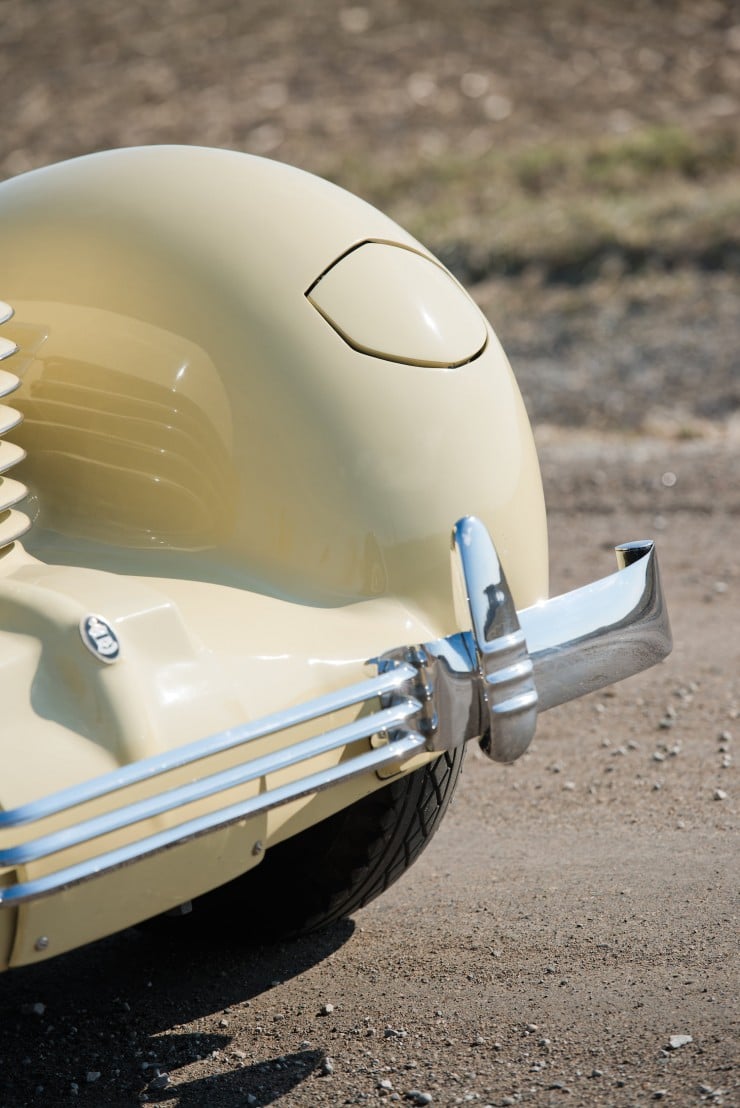 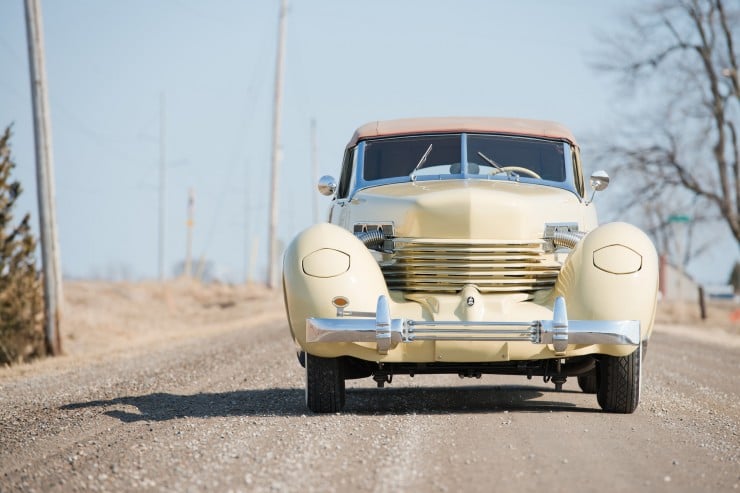 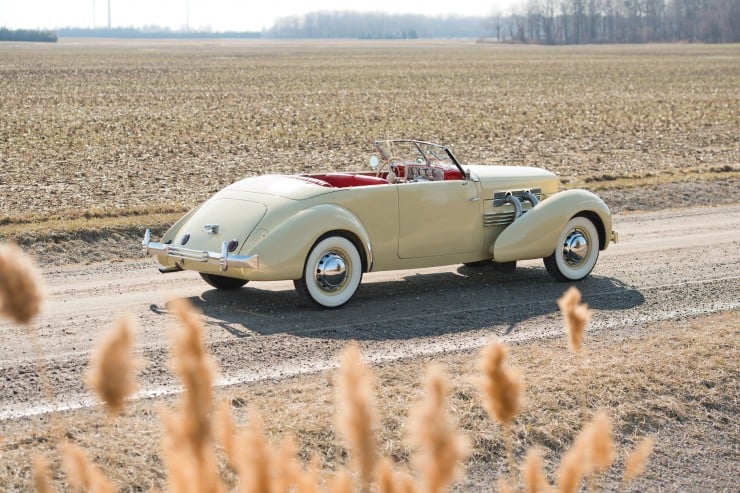 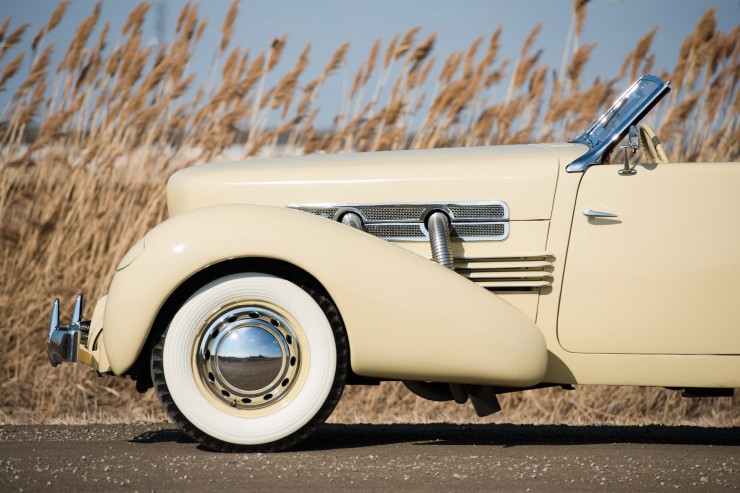 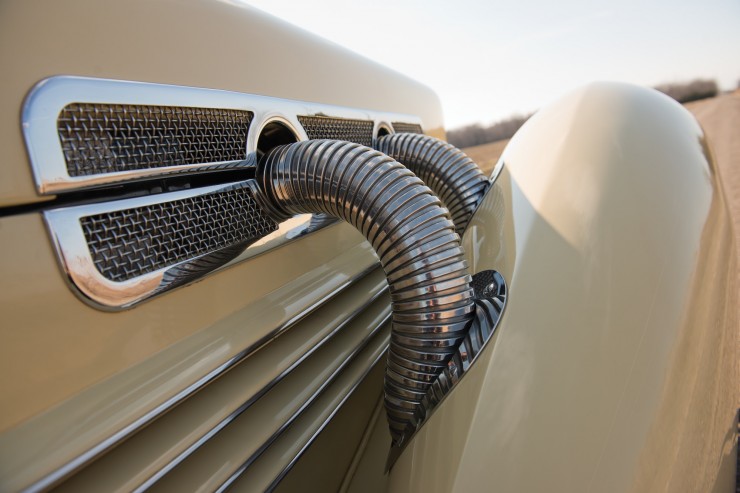 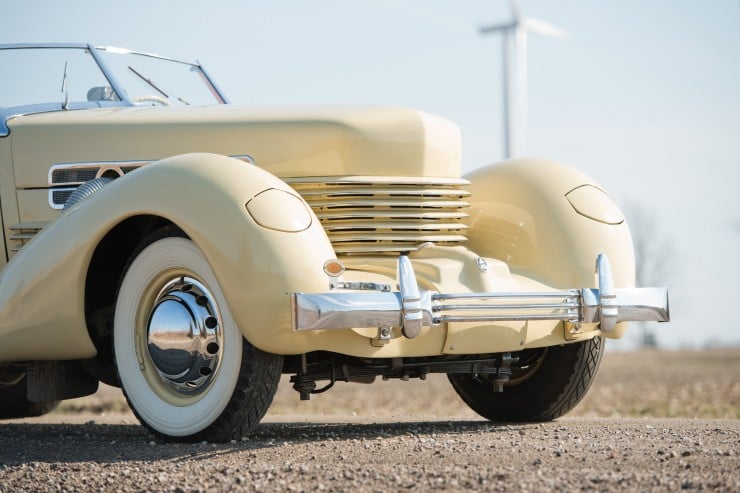 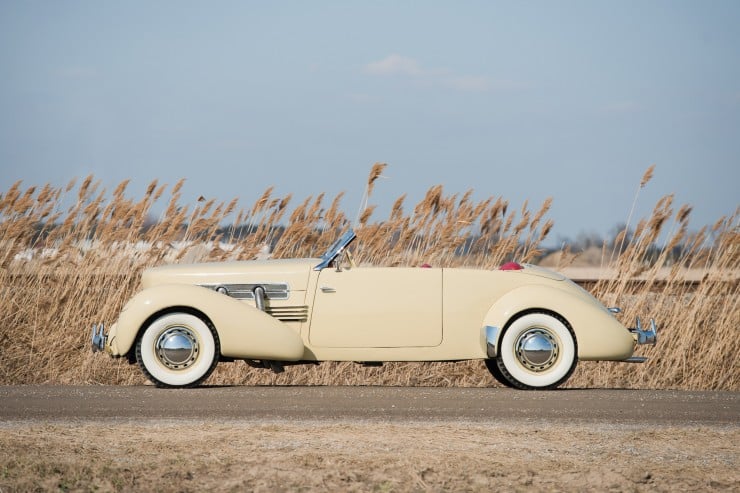 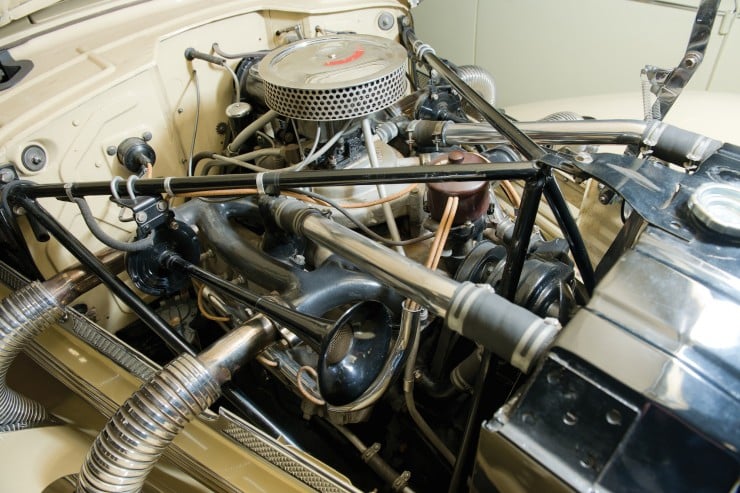 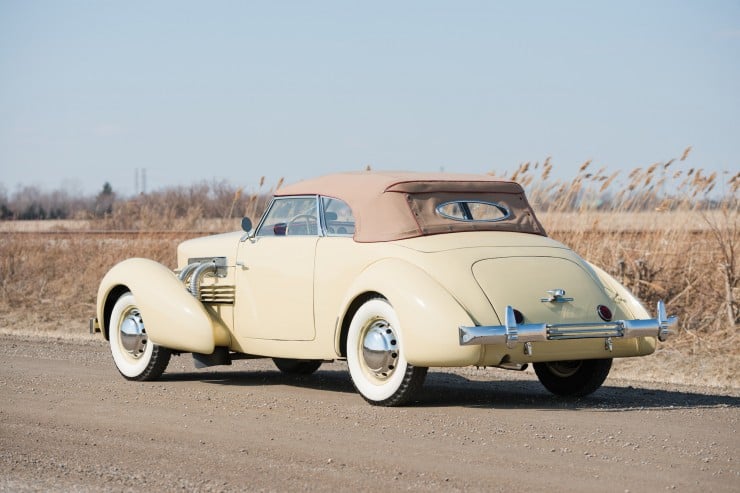 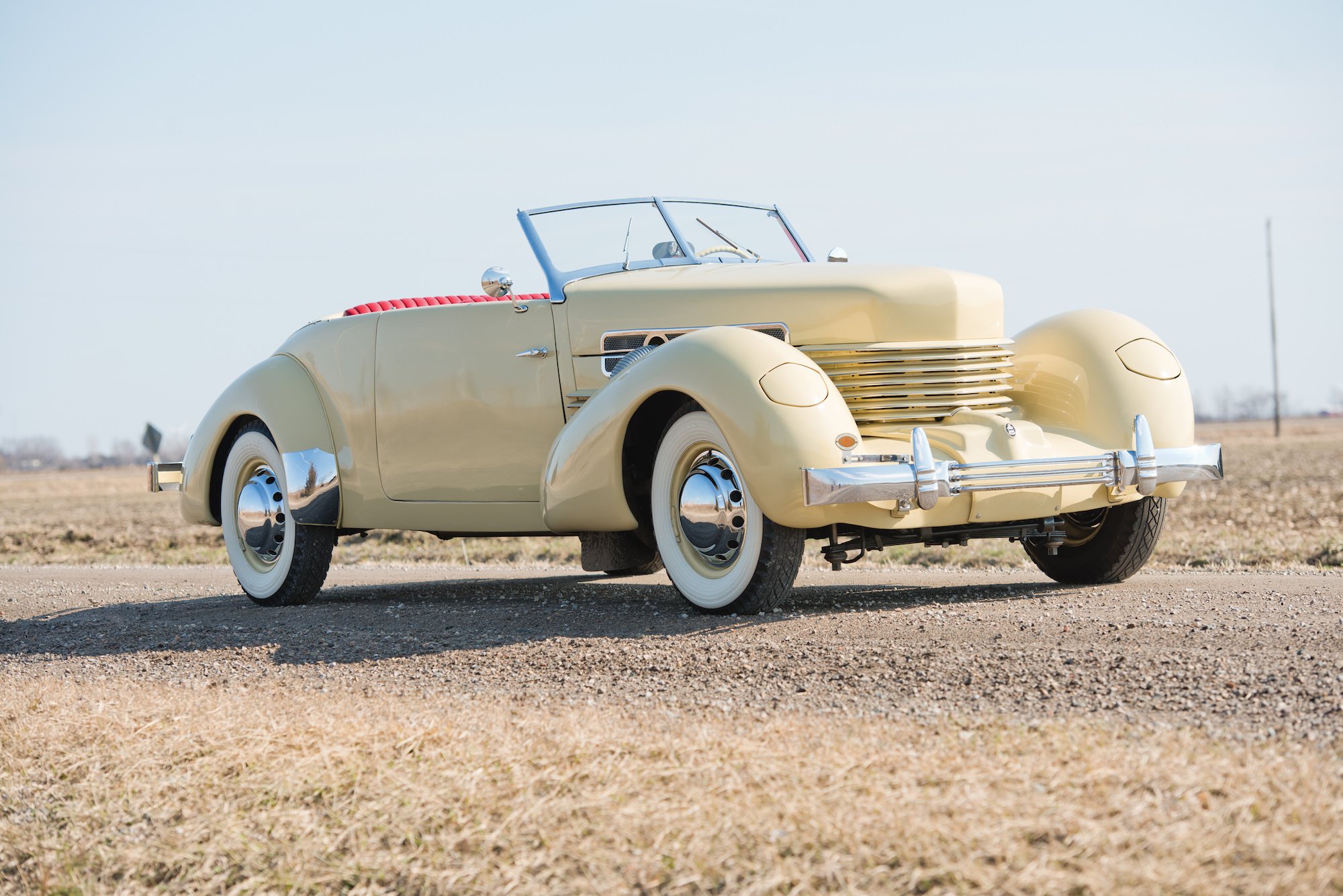