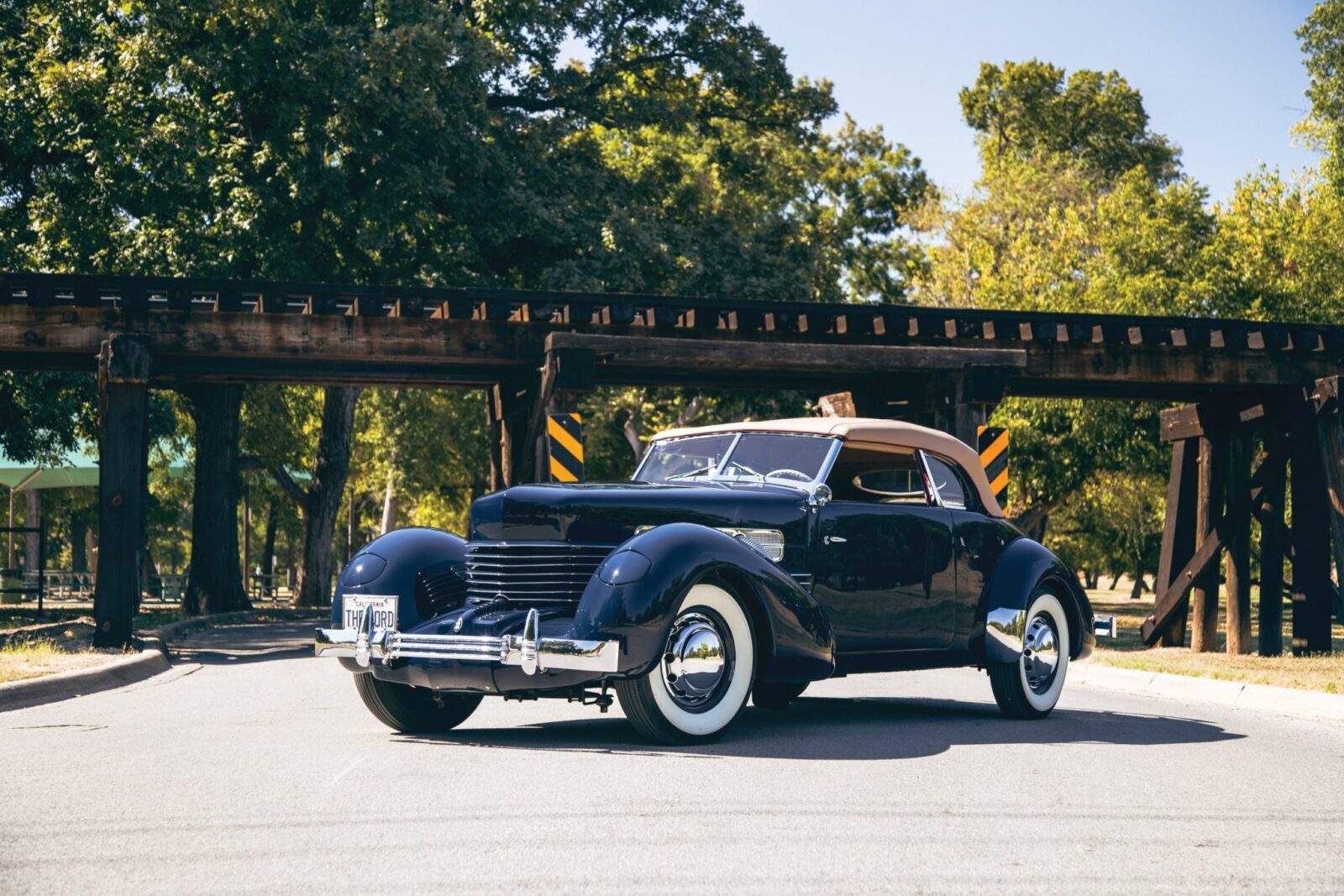 There are some who will tell you that the Cord 812 Supercharged Phaeton is the most beautiful American car ever made, and whether you agree with them or not, it’s hard to argue that the 812 isn’t one of the most impressive cars to be designed and built in the USA in the first half of the 20th century.

A Brief History of the Cord 812

The Cord 812 and its sibling the 810 were developed by a dream-team of American designers, the project was led by Gordon Buehrig, with young designers Alex Tremulis, and Vincent E. Gardener working alongside.

Buehrig was responsible for a slew of brilliant automotive designs including the Cord 810/812, the Stutz Black Hawk, and the Continental Mark II. Tremulis would later be hired by an ambitious man named Preston Tucker, and would design the Tucker 48. Gardener would go on to design the Gardner Special, and the 1956 Studebakers in Raymond Loewy’s design studio.

The most famous feature on the Cord 812 are probably the pop-up headlights hidden in the front fenders, they’re raised and lowered by way of dashboard hand cranks and the lights themselves were Stinson aircraft landing lights – Mr E. L. Cord was a major stakeholder in Stinson.

Looking under the hood, it becomes immediately apparent what makes the Cord 812 so unique for a car of its era. There’s a Stromberg AA25 duplex carburetor fed 289 cubic inch (4739cc) L-head V8 under the hood, with a front mounted 4-speed electrically-selected semi-automatic gearbox, and front wheel drive – making it the first mass-produced front wheel drive American car in history. 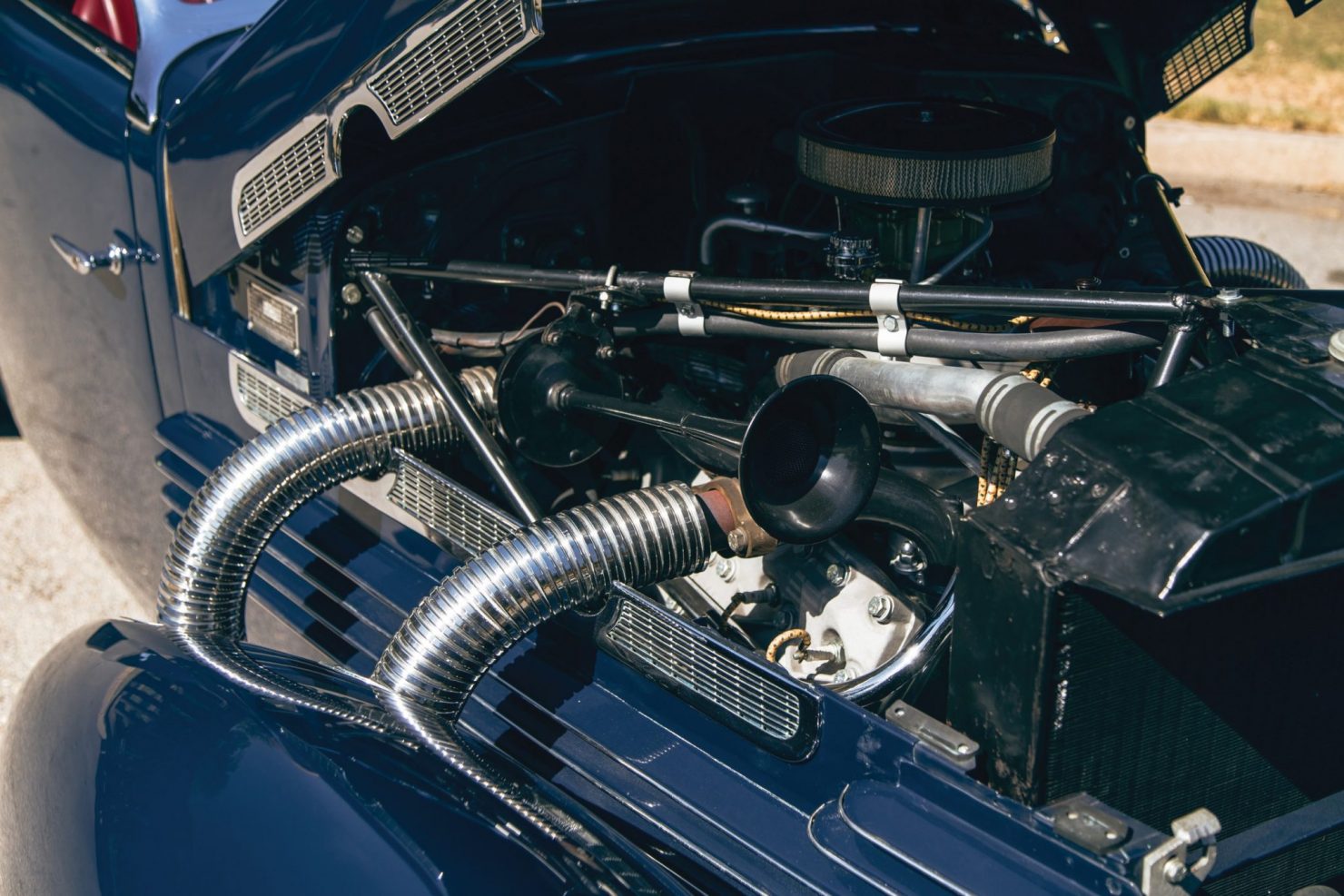 The naturally aspirated version of the 812 produces 125 hp, but Cord also offered a Supercharged version of the Lycoming engine capable of 170+hp (actually closer to 195 hp). You can immediately tell the difference between the normal version and the supercharged variant by the prominent chromed exhaust piping that comes through the side of the engine bar on both sides of the forced-induction version.

The front wheel drive system allowed the car to sit low, thanks to the lack of a transmission tunnel, it’s so low in fact the designers realized it didn’t need the running boards so common on cars of the time – allowing passengers to set directly into the cabin.

The 1930s were an almost impossible time to sell high-end automobiles, the Great Depression was in full swing and even those who had money were typically very cautious about showing it off. This, coupled with some teething issues suffered by the Cord 810/812 series led to relatively low deliveries – though new Cord owners were overwhelming happy with their cars, many keeping them for decades.

The Cord you see here was originally ordered to a very high specification, it’s a factory-supercharged 812 Phaeton still fitted with its original numbers-matching engine. It was previously held in long-term ownership in California by an enthusiast, and it was sympathetically restored a few years ago to original specification.

If you happen to have a Cord 812 Supercharged Phaeton sized space in your garage that needs filling you’ll need to make your way to the RM Sotheby’s Hershey sale due to be held on the 5th and 6th of October. There’s no estimated value attached to the car yet, and if you’d like to read more you can click here to view the listing. 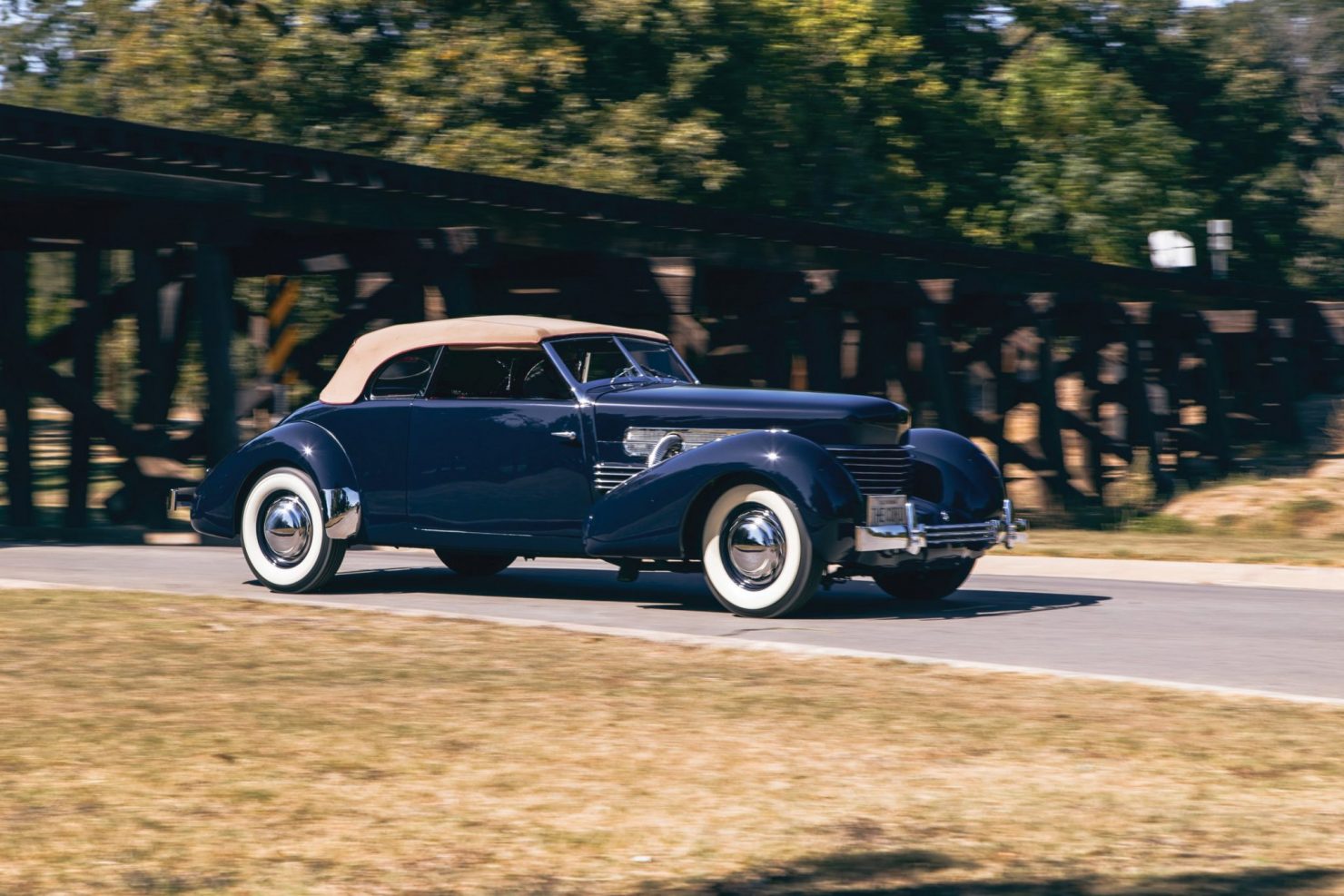 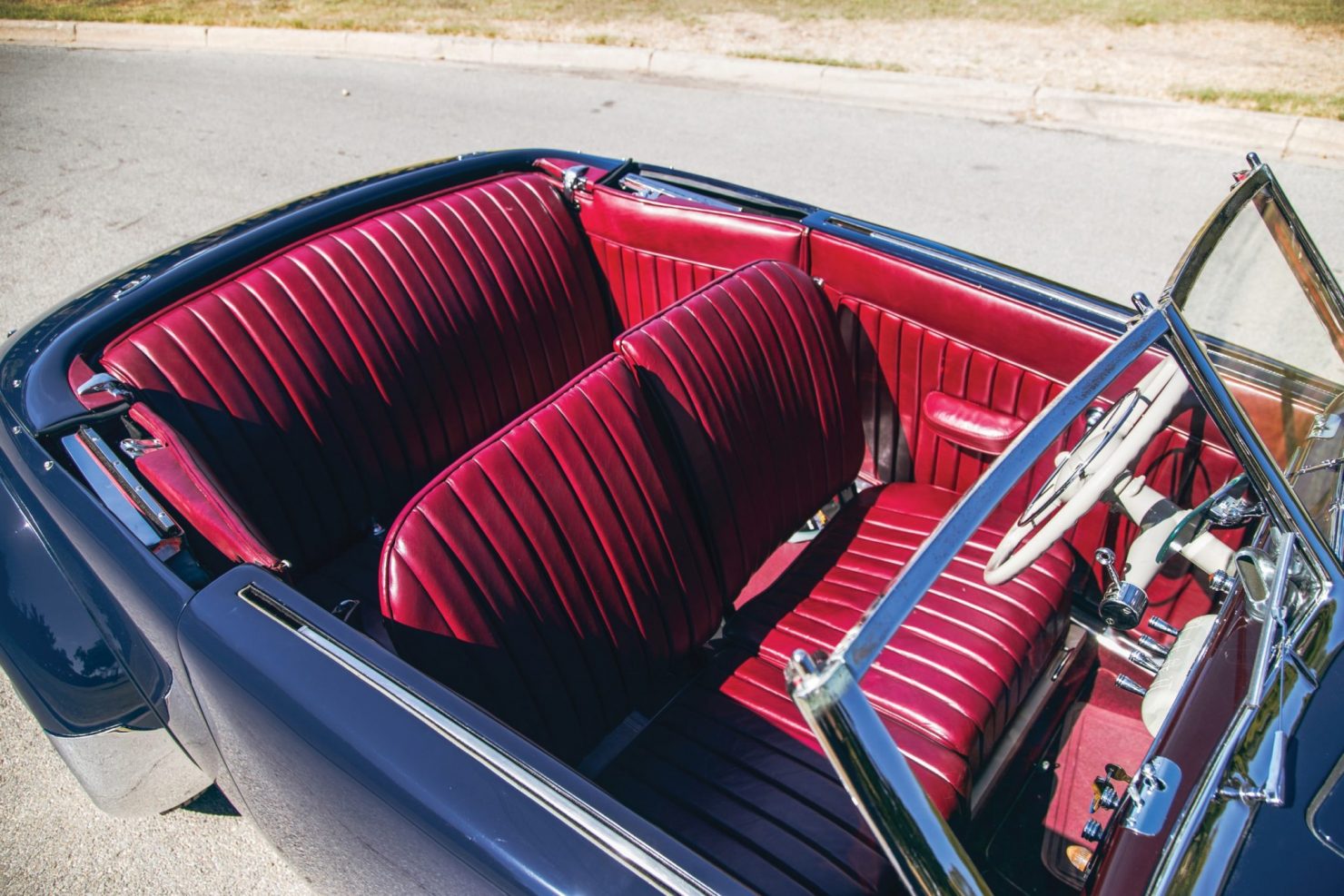 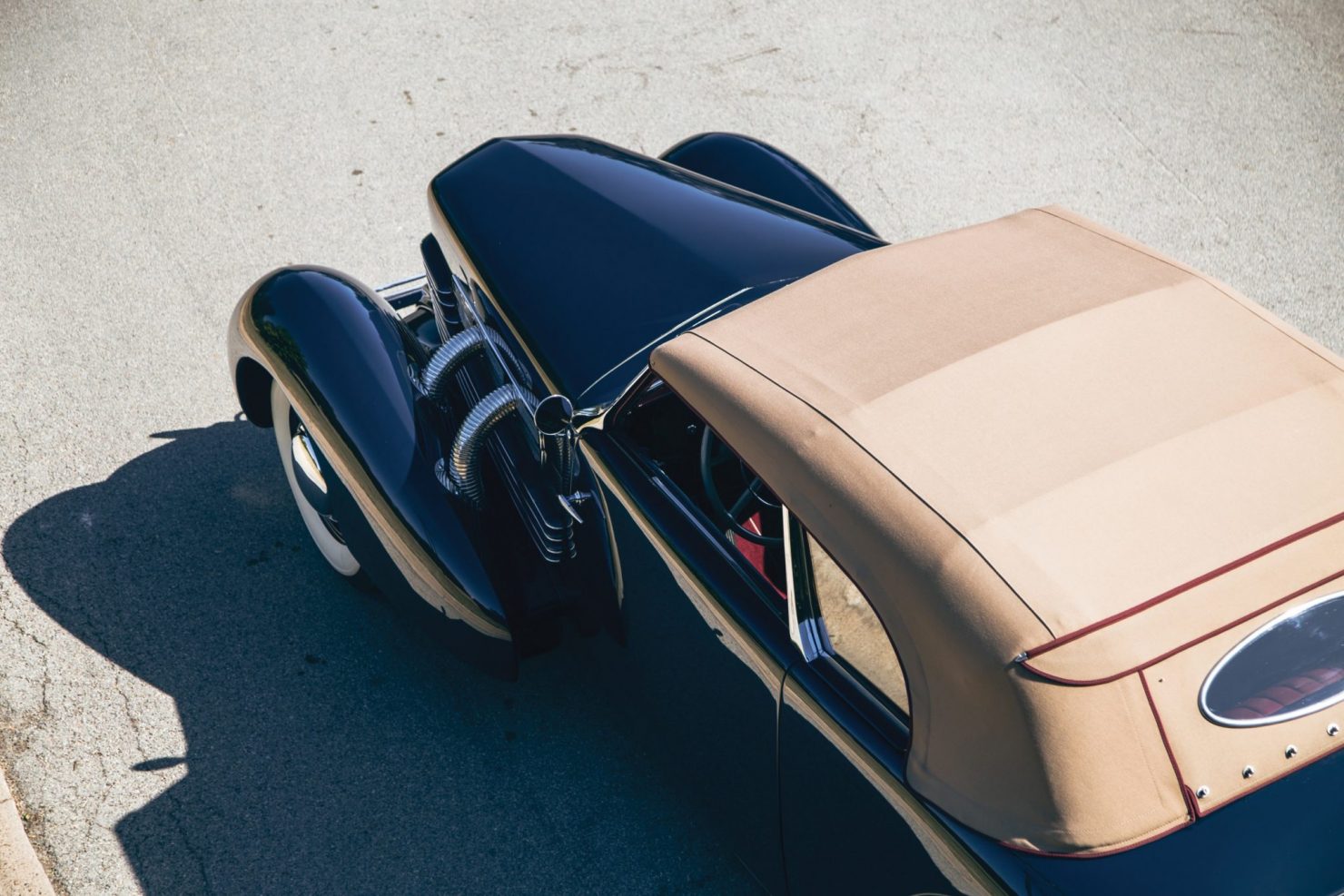 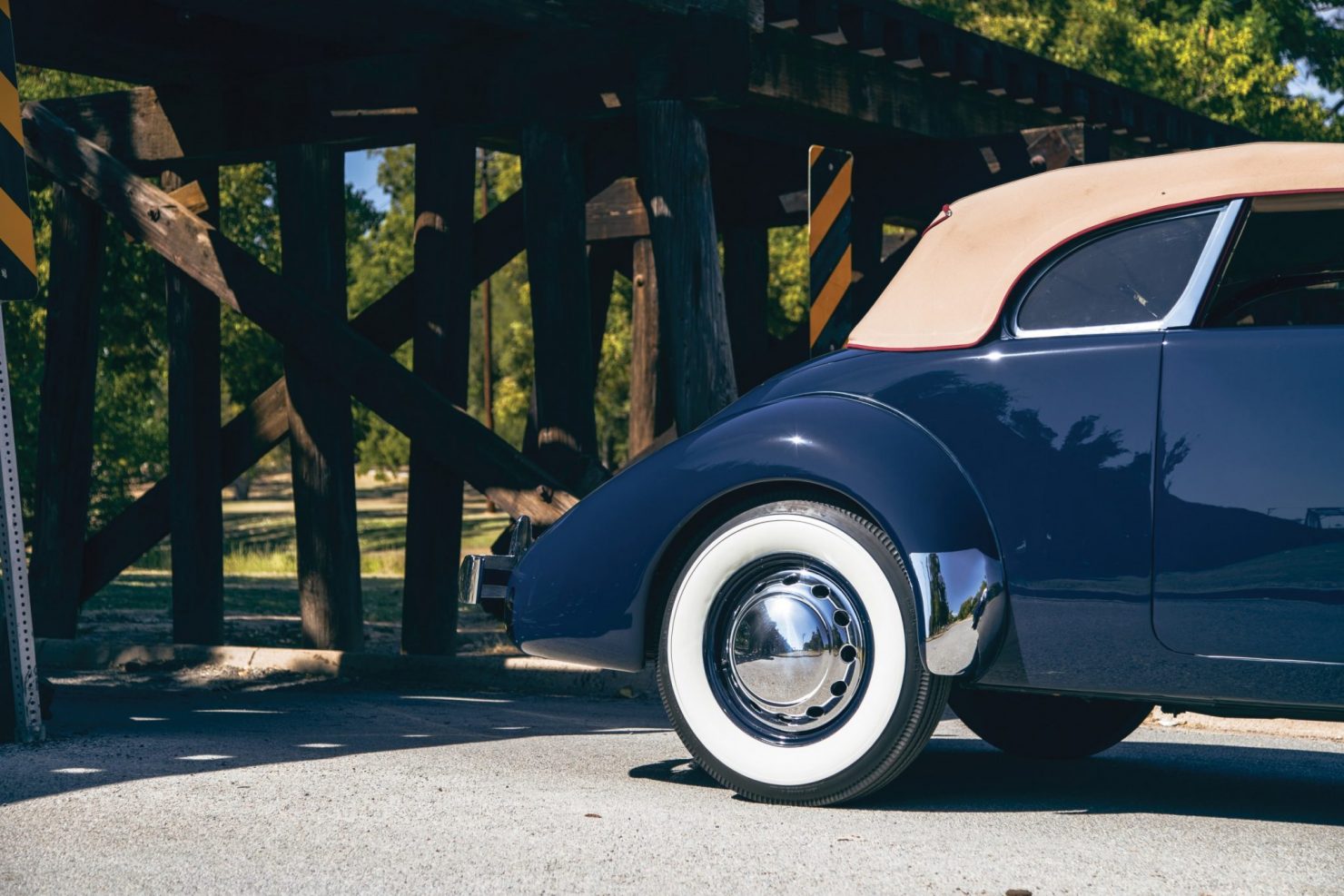 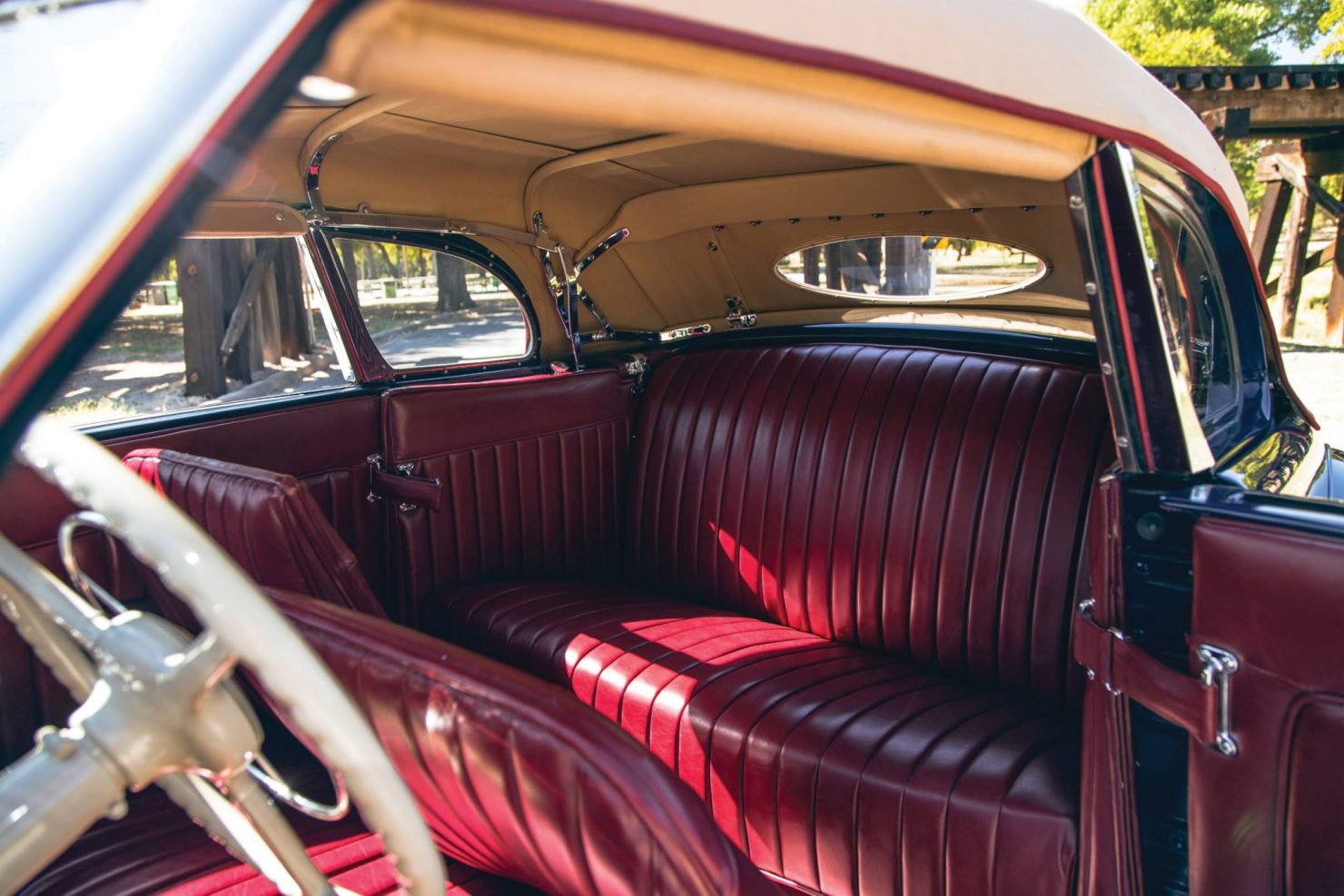 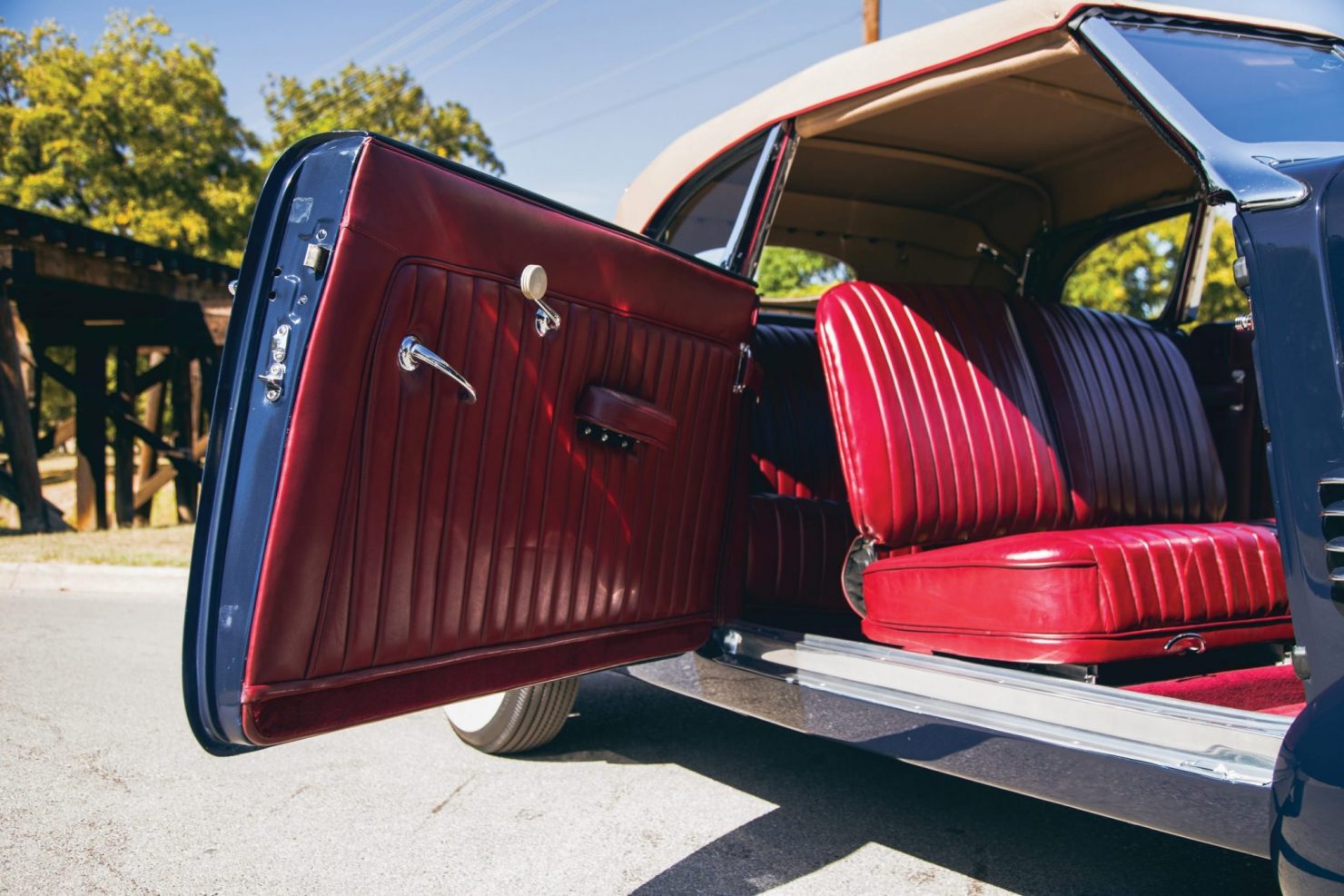 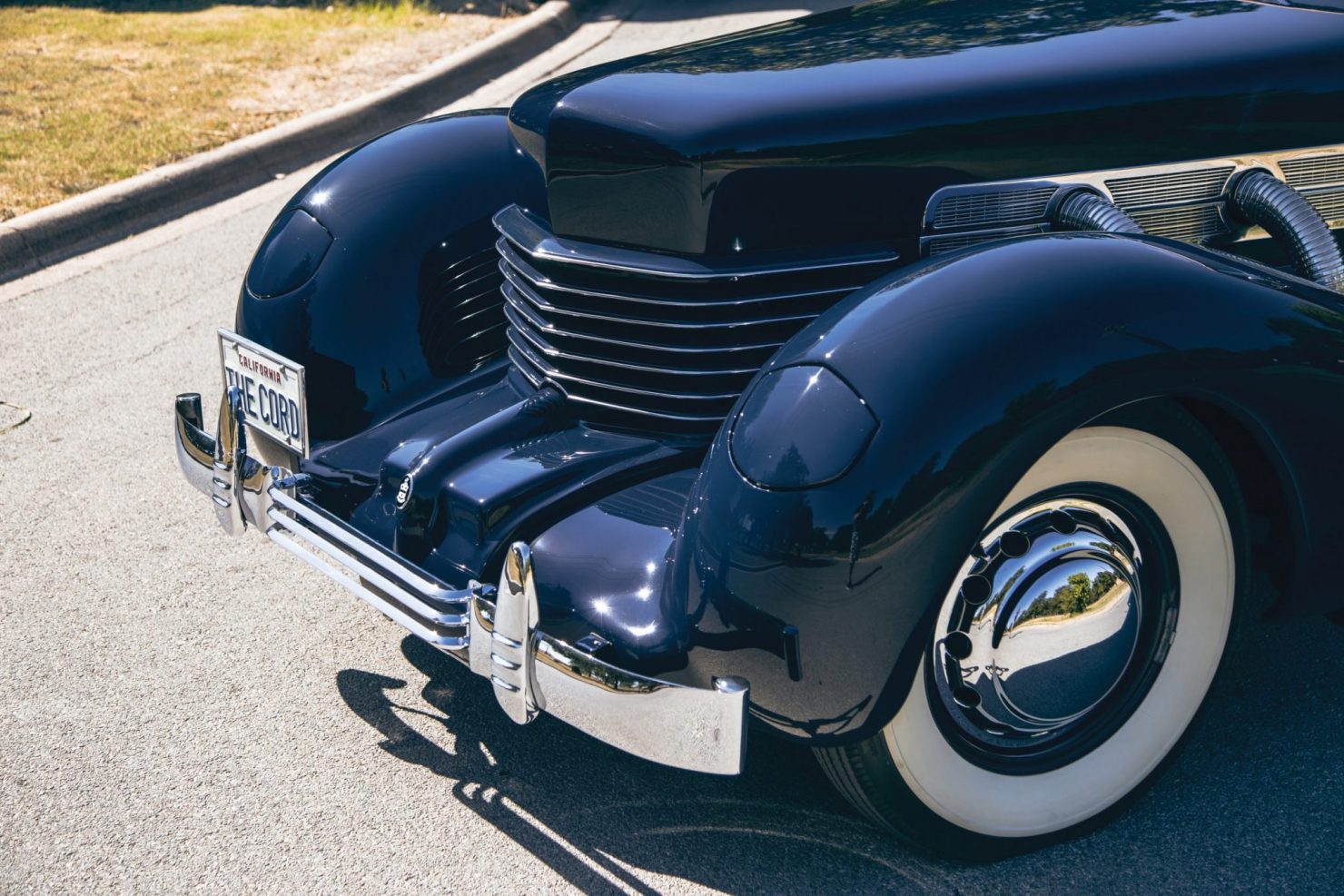 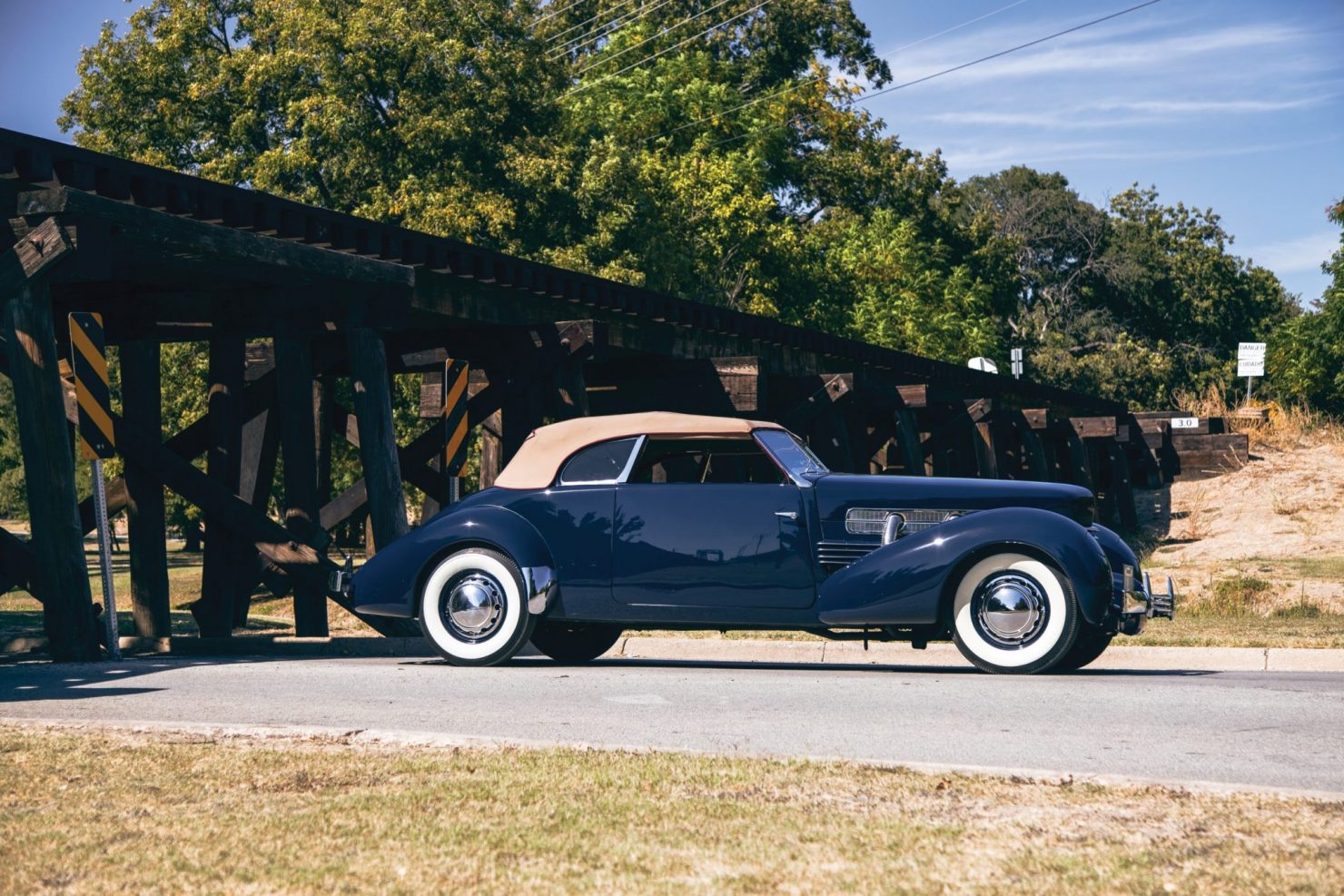 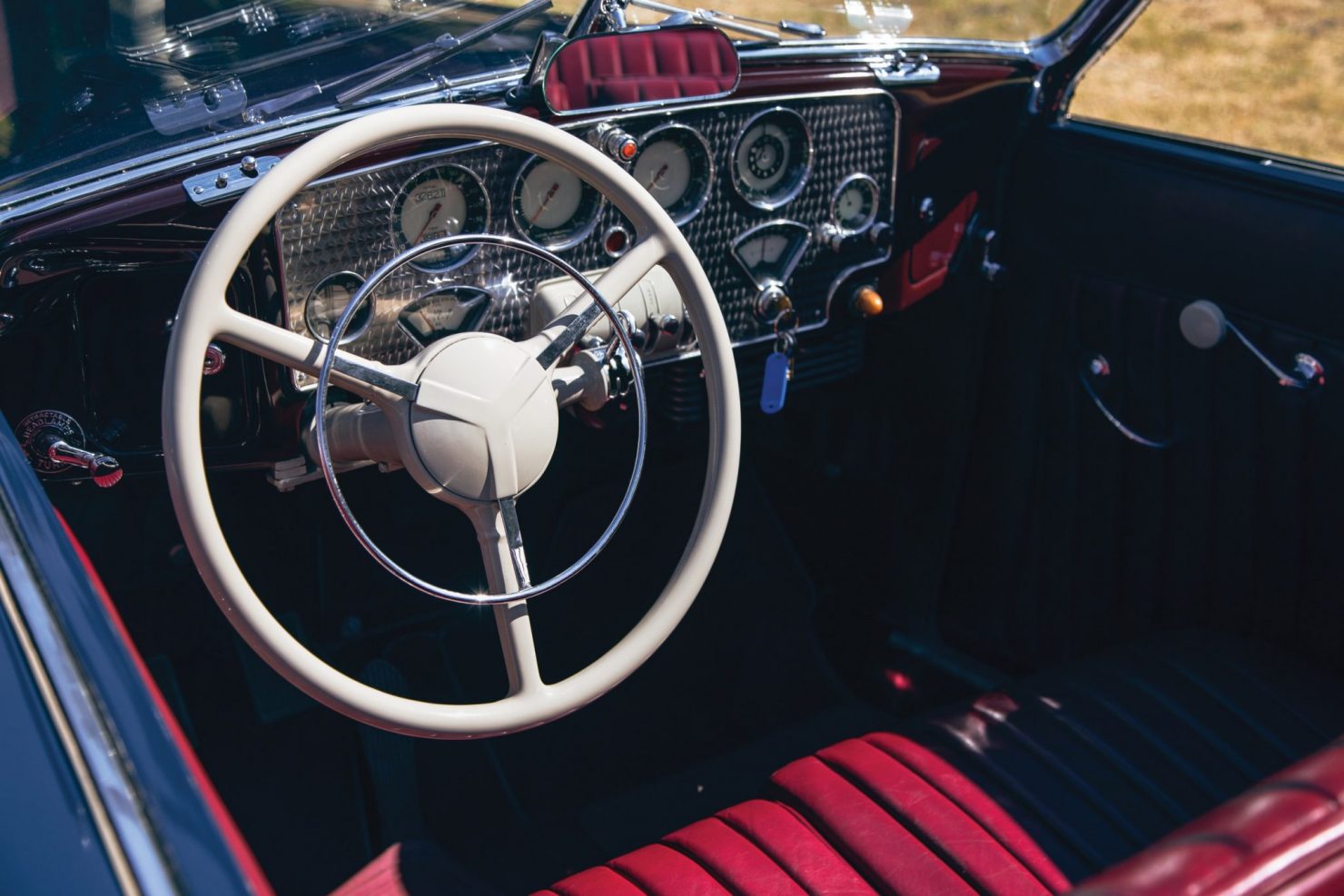 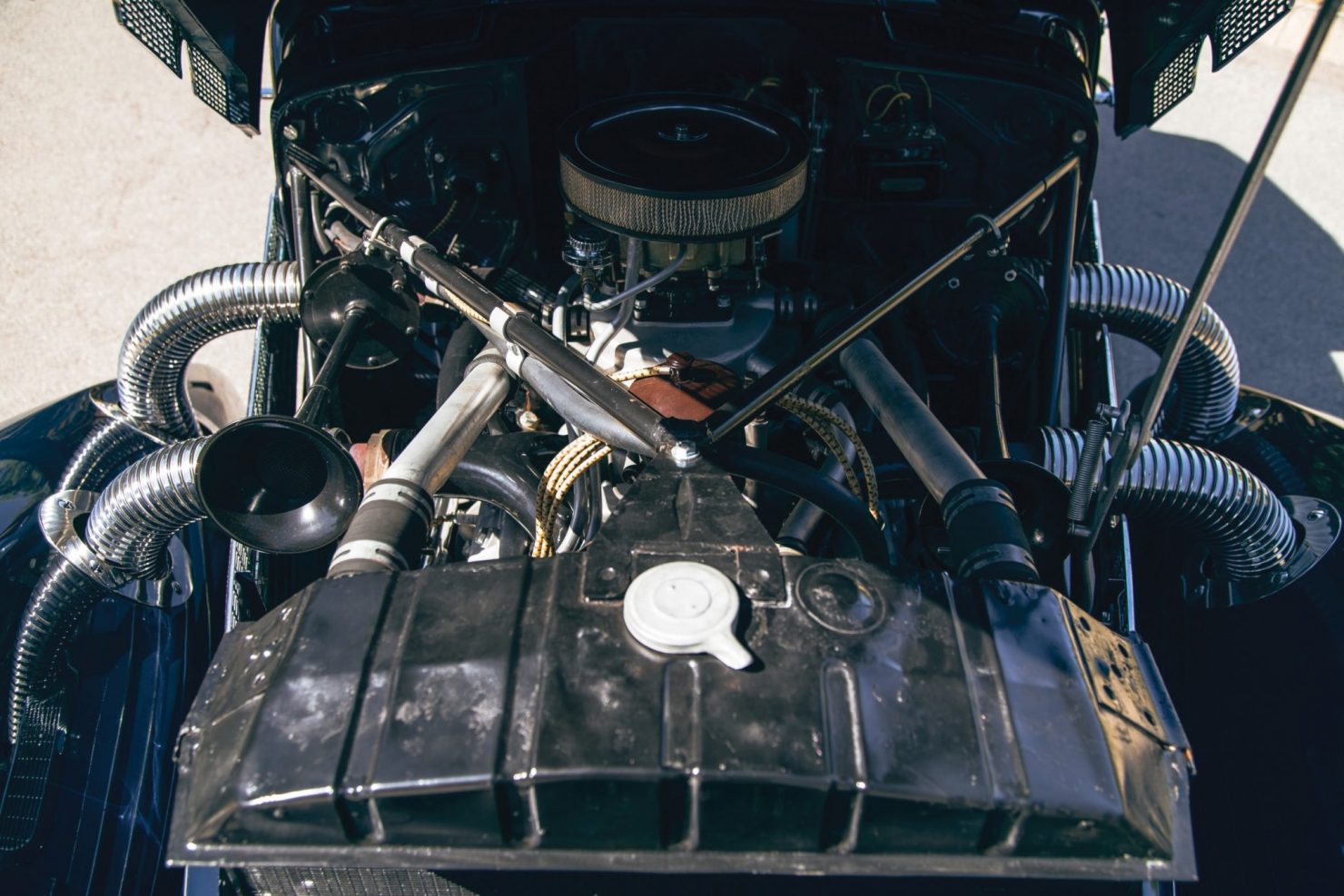 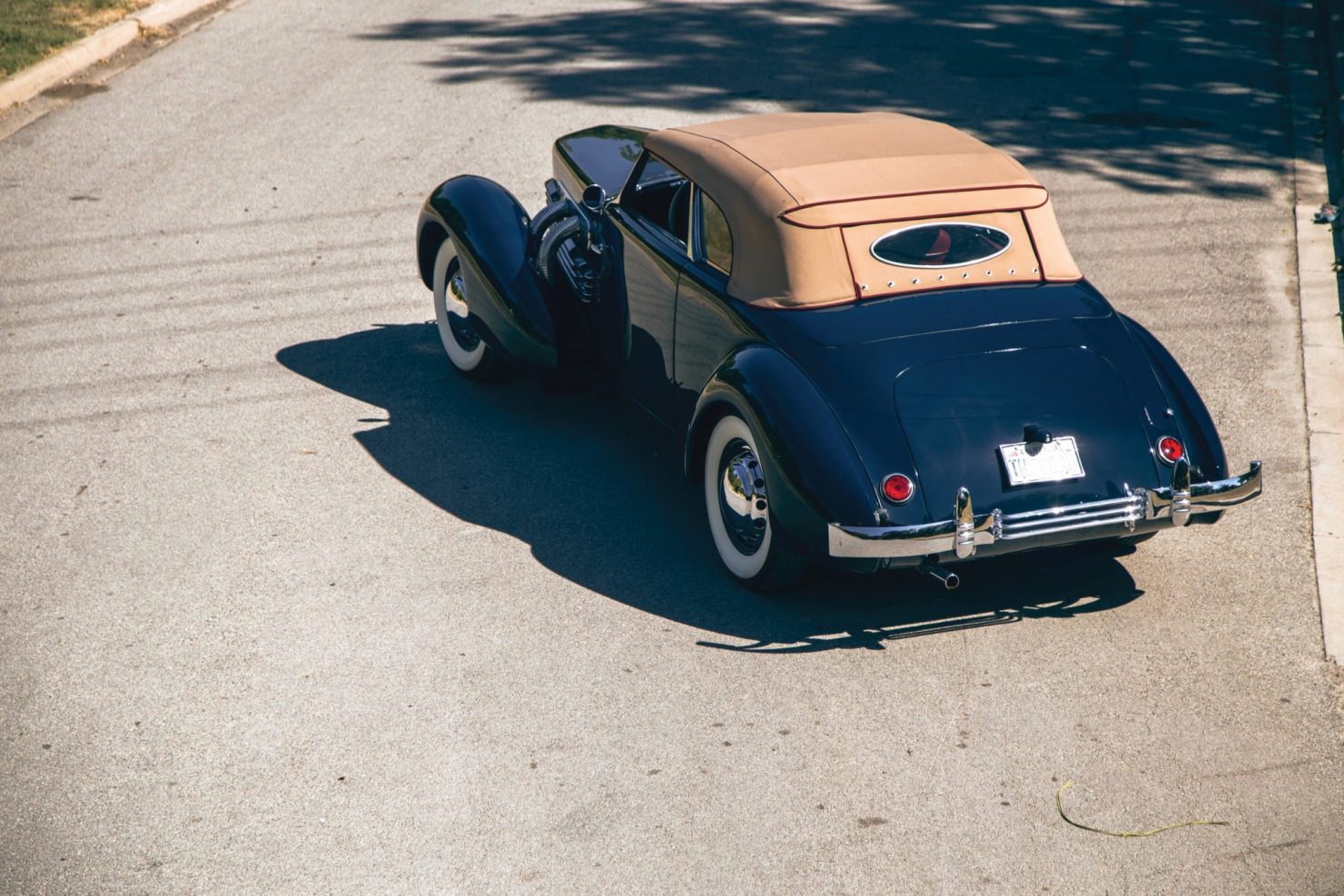 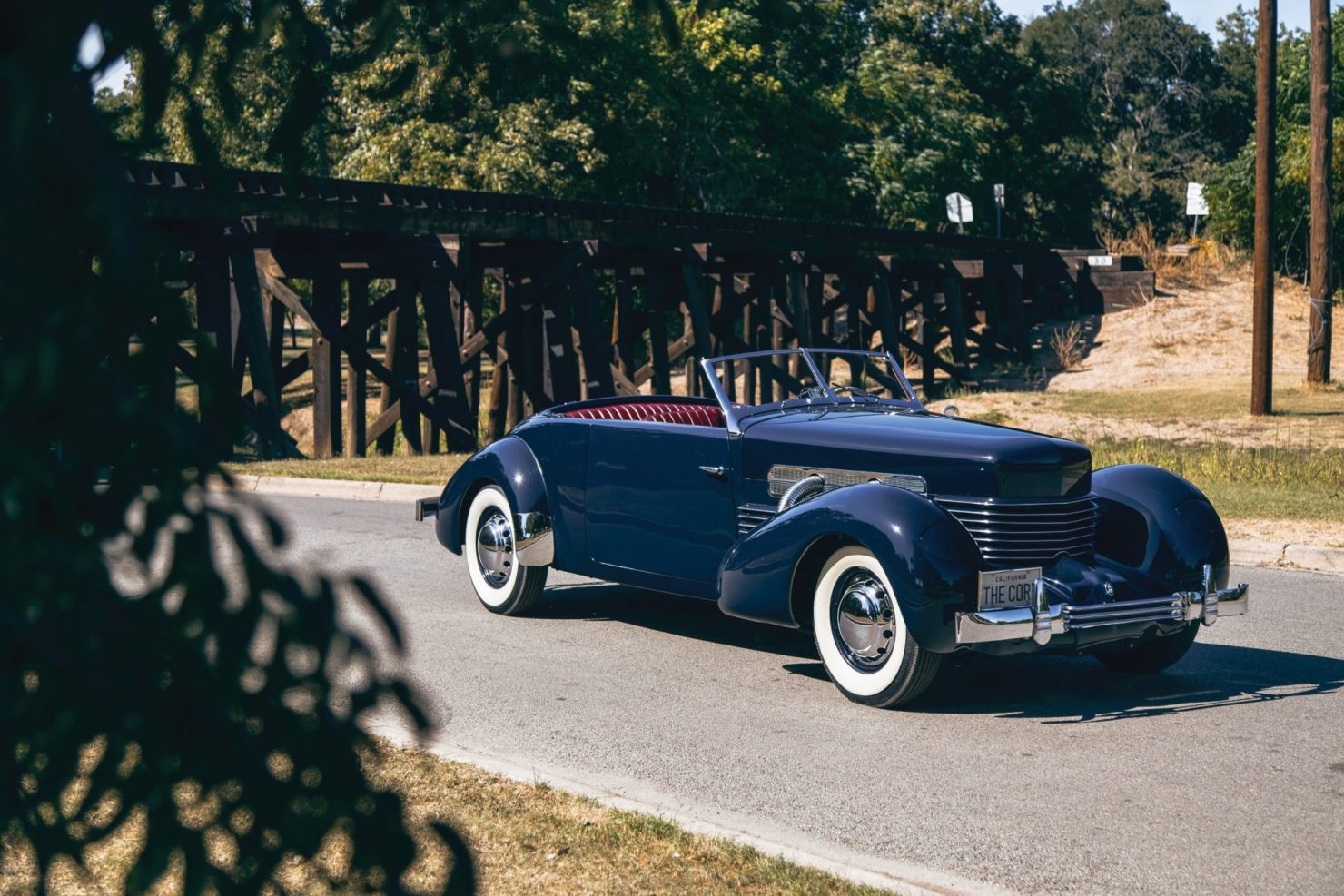 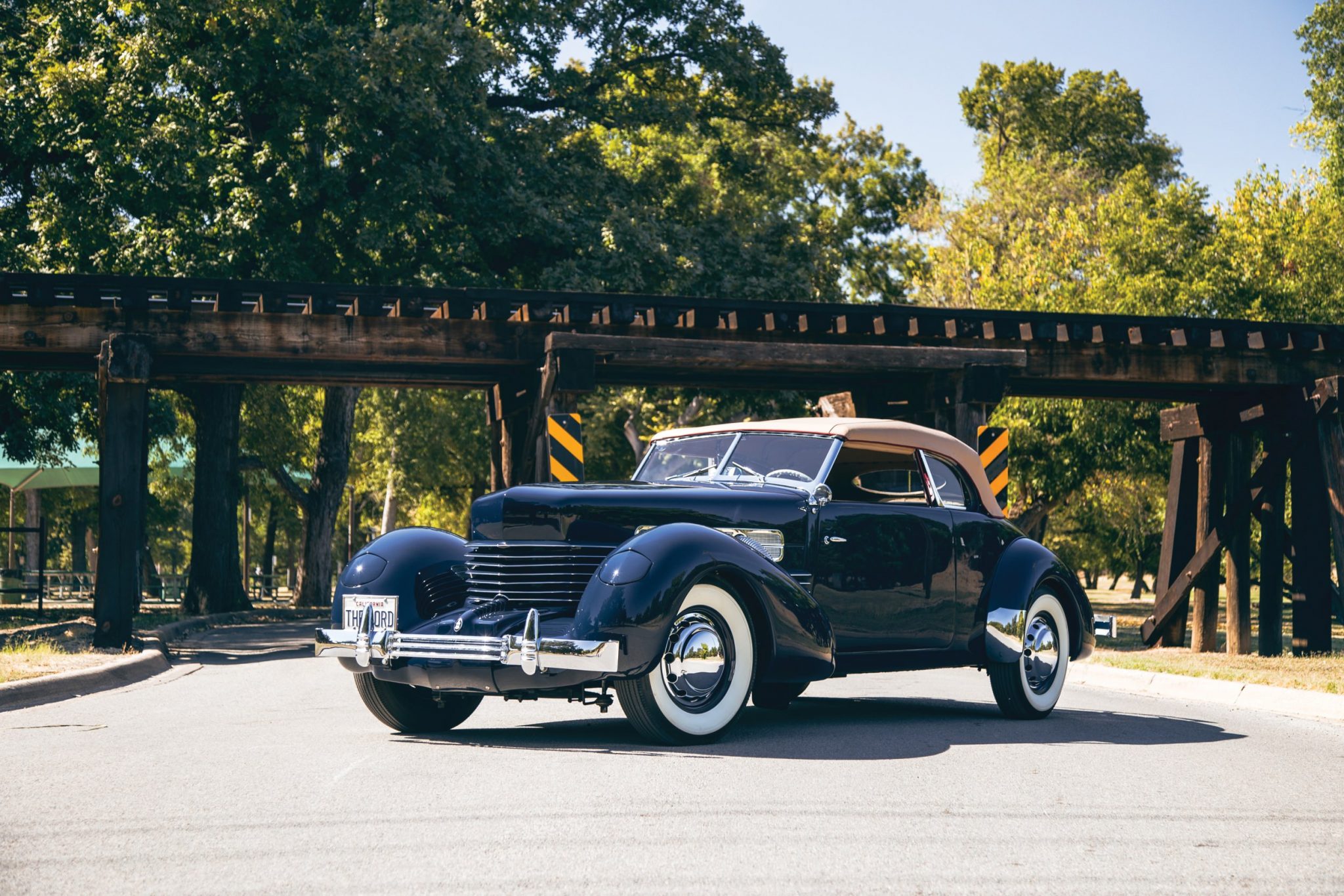