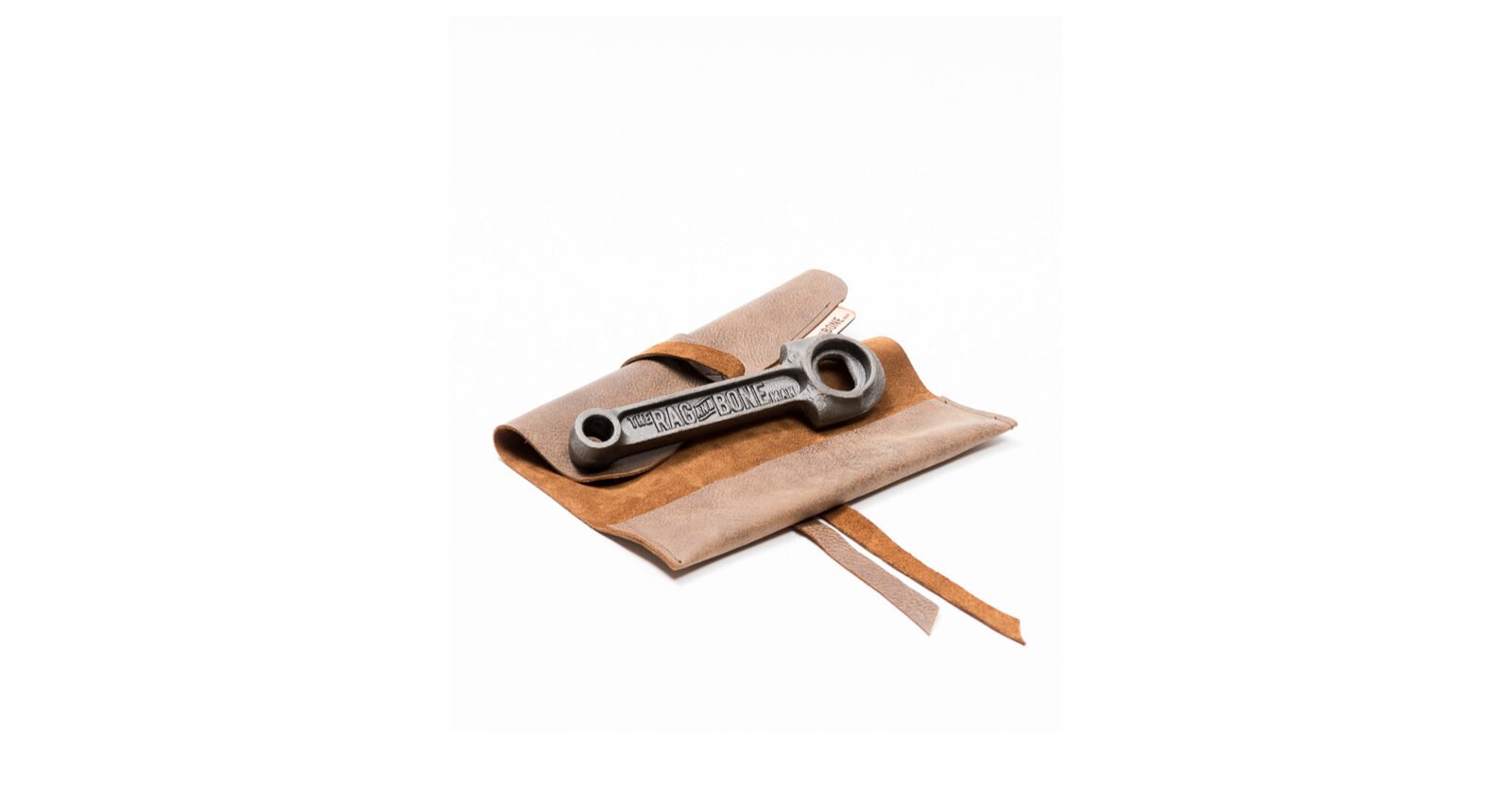 The Rag and Bone Man is a small company run by friendly Londoners Paul and Lizzie. Traditional rag and bone men have plied the streets, junkyards, and workshops of England for centuries – collecting scrap and junk before repurposing it or recycling it.

This conrod bottle opener is one of Paul and Lizzie’s more recent creations. Each one is individually sand cast using traditional techniques, from grade 17 refined grey iron from a British foundry. It’s then coated in a traditional mix of pure linseed oil and white beeswax to protect its surface.

Each one comes in its own leather pouch (inspired by traditional motorcycle tool rolls), and they weigh in at a solid 650 grams with measurements of 21cm x 6cm x 2.5 cm. The bottle opener’s design is clearly intended to last for life – if not quite a bit longer, and it’ll fit in nicely in any garage next to the beer fridge. 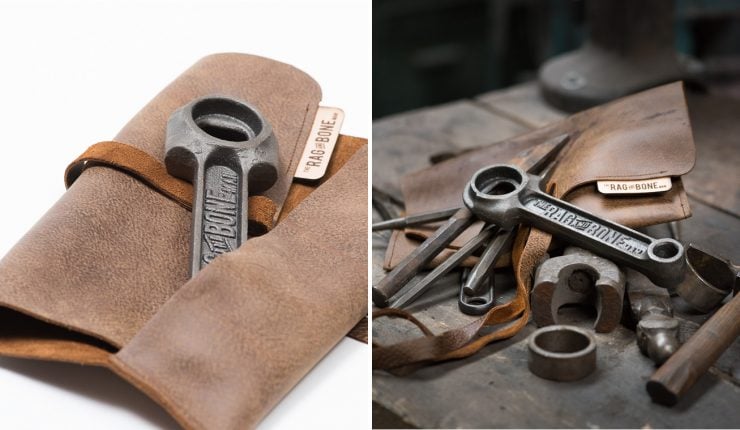 Published by Ben Branch - November 6th 2017
Related Posts
Williams: The Legendary Story Of Frank Williams And His F1 Team In Their Own Words