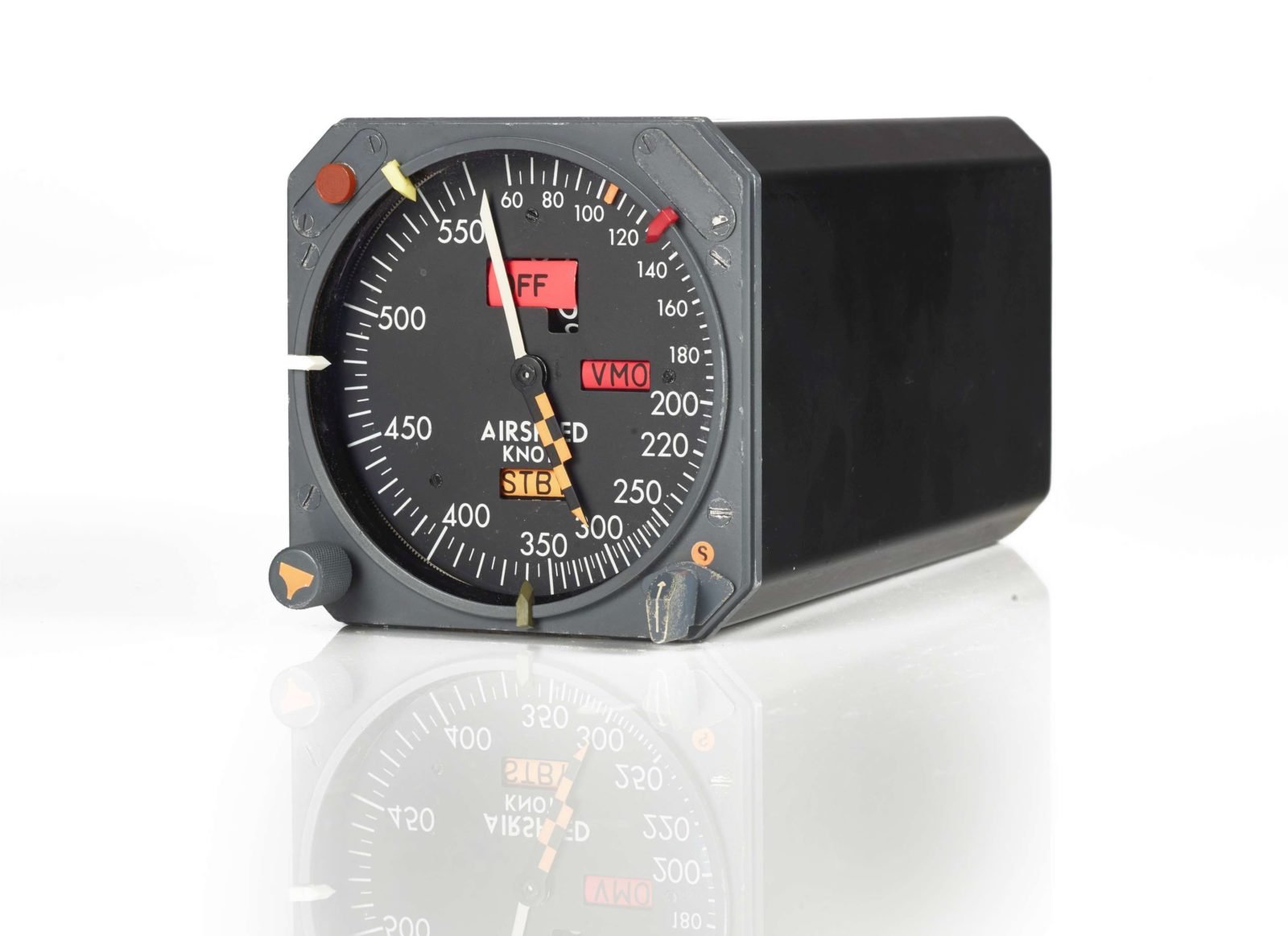 It’s not every day that an original Concorde air speed indicator pops up for sale. Aircraft parts and other Concorde memorabilia have always been in strong demand with collectors, even more so since the last operational examples of the aircraft ceased flying in 2003.

The cruising speed of the Concorde was Mach 2.02 (2,154 km/h or 1,338 mph), though this gauge was used for the take off, climb, decent, and landing portions of the flight as it maxes out at 570 knots (Mach 0.85). An alternative air speed indicator was used for the supersonic leg of each flight.

Despite the fact that the aircraft was designed using slide rules back in the early 1960s the Concorde remains the only supersonic airliner ever put into service. Between 1965 and 1979 just 20 examples of the Concorde were built, and six of those were experimental non-passenger aircraft.

It quickly became clear that due to the supersonic boom, it wasn’t possible to fly the Concorde over built up and other populated areas. This would severely impact the viability of the aircraft for most airlines, and it significantly hampered sales.

Above Video: This short film from the team at Mustard gives a great speed run through the history of the Concorde.

Eventually the Concorde would be used almost exclusively on the London – New York route, where almost the entire trip occurred over the Atlantic ocean. Flying at Mach 2.0 the Concorde cut the flight time between the two cities from over 7 hours to just 3.5 hours, making it a favorite of celebrities and the wealthy.

Although the Concorde has now been grounded for almost 20 years the age of supersonic passenger travel may be close to finally returning, thanks to projects like Boom that are working on all-new supersonic airliner designs that solve that critical supersonic boom problem.

This air speed indicator has stampings on the back showing that it was factory calibrated on November 19th 1977, and there’s an adhesive inspection plate on the back giving some more information about it.

If you’d like to read more about this Concorde air speed indicator you can click here to visit the listing on Artcurial. It’s due to cross the auction block with them on the 20th of March with a price guide of $3,300 – $5,500 USD. 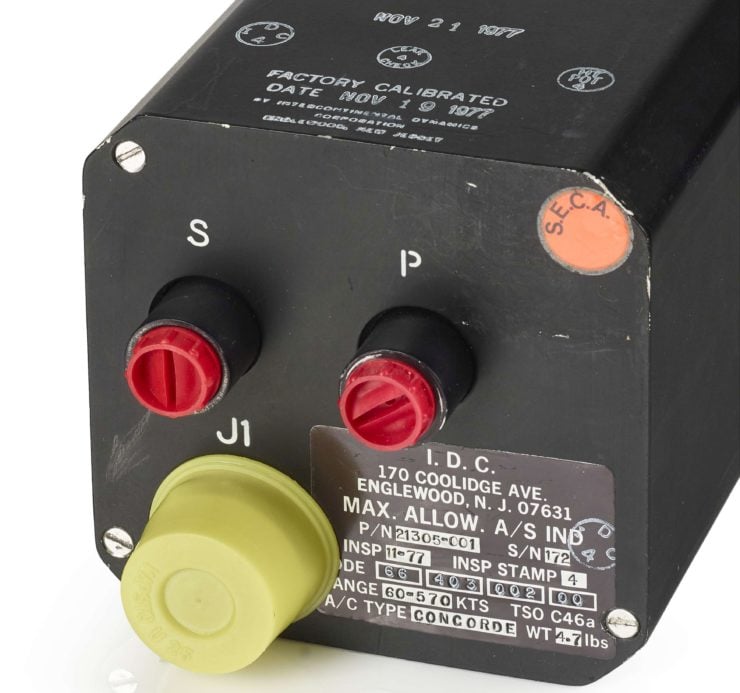