Classified Moto: A lamp in the next life.

Classified Moto is one of the most original custom motorcycle builders currently operating, their blend of style with performance appeals to me greatly and I often tell myself that, one of these days, I’m going to call John Ryland and order a Classified Bike.

Bikes aren’t the only thing Classified Moto does though, the above video was filmed by Mondial and shows John and his wife building one of the iconic Classified Moto lamps from start to finish. The lamps are hand-built from vintage motorcycles parts and have now been delivered to every continent in the world (except Antarctica, and even that’s just a matter of time really).

I can’t help but feel a little jealous that his life involves being married to a beautiful woman, building custom motorcycles, killer lamps, eye-catching artwork and iconic t-shirts. It’s enough to make any man green with envy. 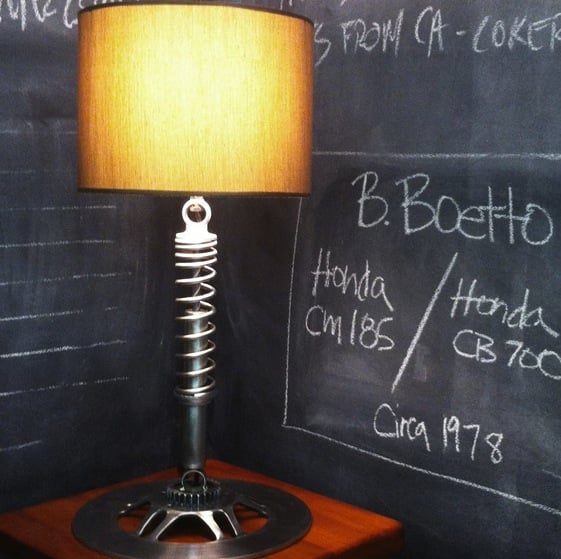