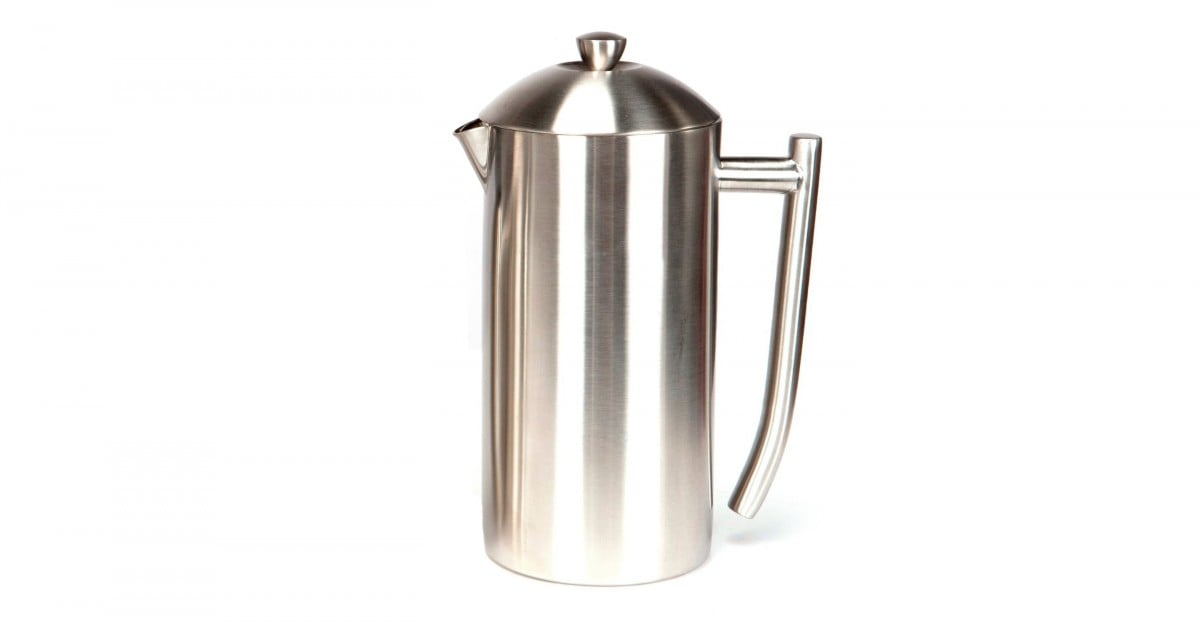 I’m convinced that coffee has fuelled many, if not most, of humanity’s advances over the past few hundred years. With this in mind it’s obviously very important to ensure that you have the ability to make good coffee at home, at work or anywhere else you might be expected to be alert or do something other than yawn.

One of the places I consume the most coffee (and the most beer, but that’s an altogether different story) is the garage – obviously a garage is not the place for an even remotely fragile coffee maker and countertop space is at a premium – so your best solution is a non-glass French Press. With this in mind, I thought it’d be a good idea to feature the one I use in the garage – the