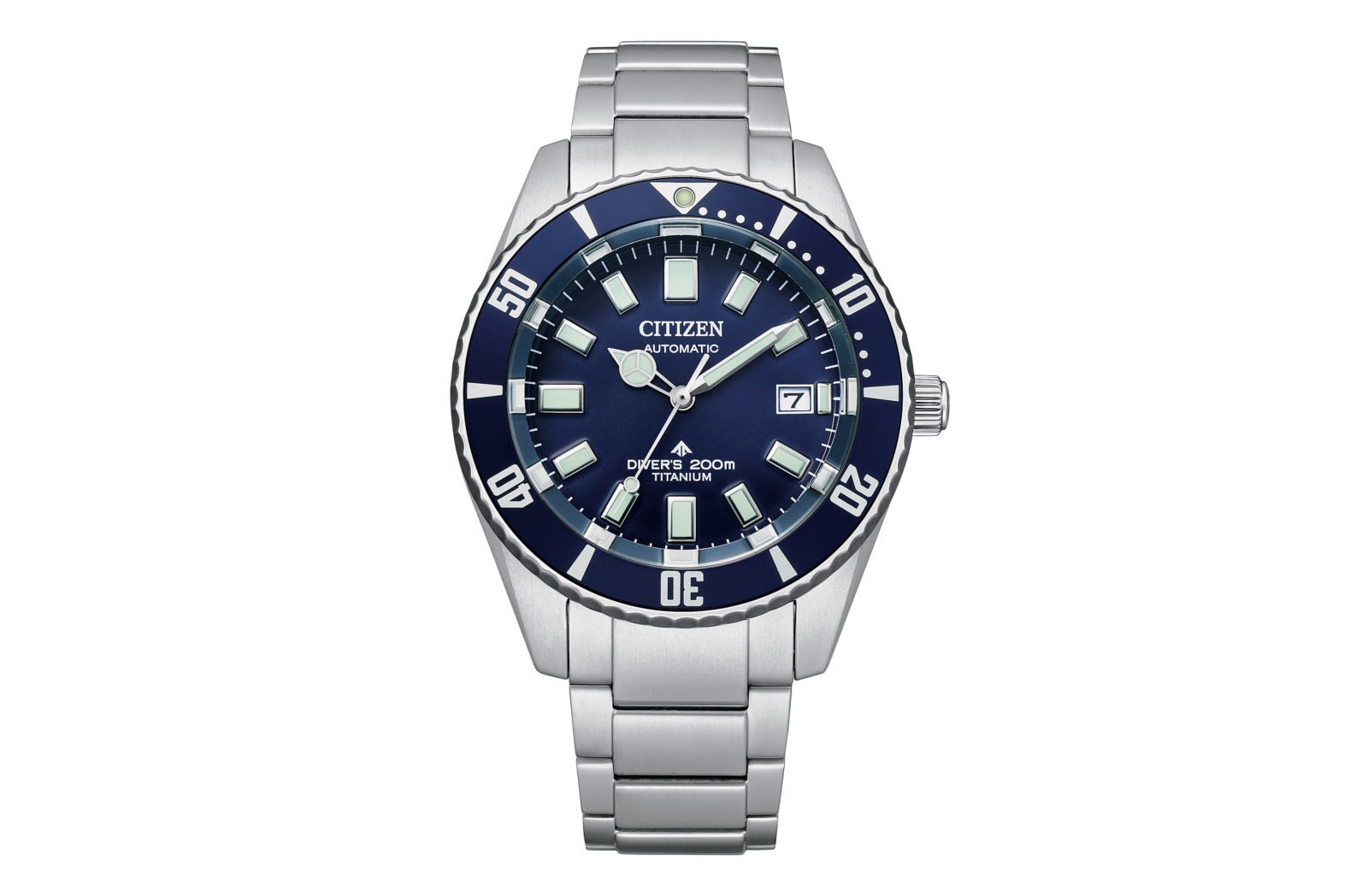 This is the Citizen Promaster Dive Fujitsubo Automatic, and in dive watch circles, it’s a bit of a legend. You see, the word fujitsubo in Japanese means barnacle in English. This watch was created in honor of a Citizen dive watch that was found on the seabed near Long Reef Beach in Australia in 1983.

The watch had obviously been lost by someone who was diving and it remained on the seabed for years slowly gathering barnacles until it was rediscovered by another diver and brought back to the surface.

When it was wound up it began ticking along as though nothing had happened, and when it was later opened for an inspection the inside was found to be bone dry and perfectly preserved. 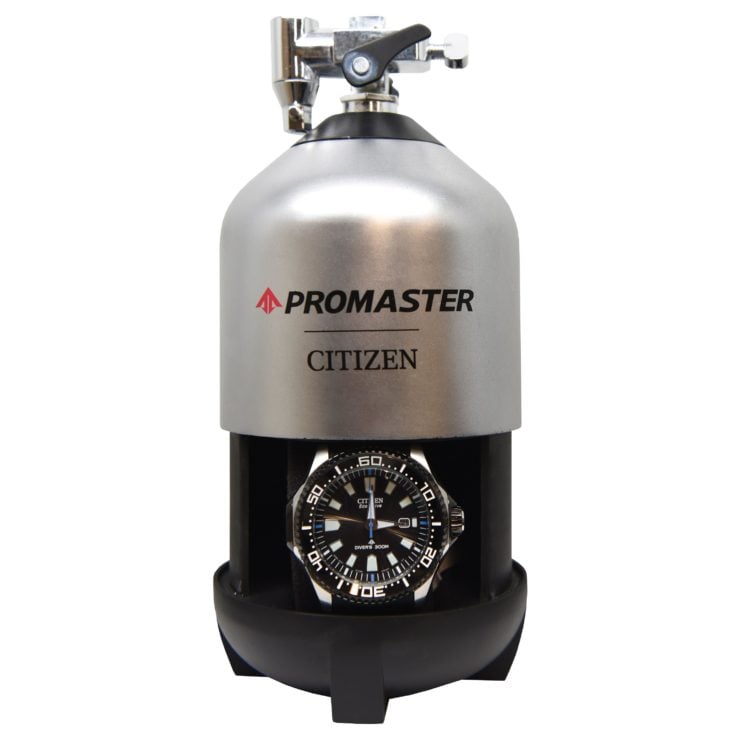 Each Citizen Promaster Dive Fujitsubo Automatic comes in a collectible case shaped like a scuba cylinder.

Citizen developed the Promaster Dive Fujitsubo as an homage to its, and it’s been one of the brand’s most sought after dive watches ever since.

Interestingly Citizen was originally registered in Switzerland by watchmaker Rodolphe Schmid in 1918, he had spent much time in Japan developing the local watchmaking industry, and Citizen was formally founded in Japan in 1930 thanks to a team of Japanese and Swiss investors.

The company is now arguably Japan’s most famous watchmaker, giving their Swiss rivals more than a run for their money. 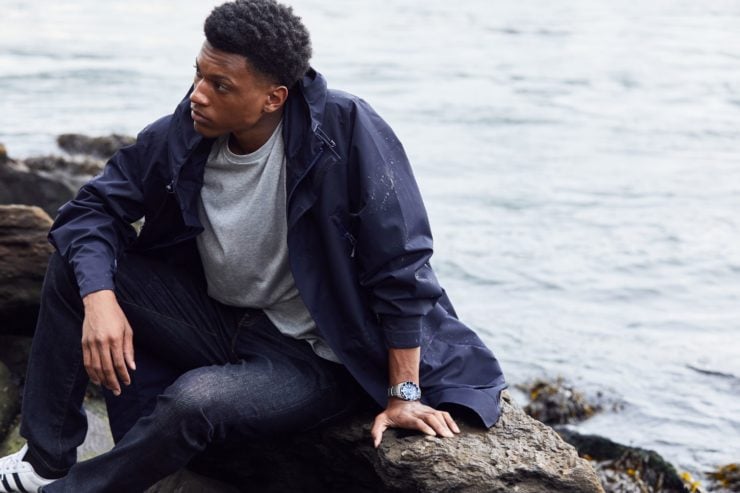 Given the story behind the watch and the “Fujitsubo” name, many of the Citizen marketing images for the rock include coastal scenes where you might find barnacles.

The watch has a 41 mm case diameter, an anti-reflective sapphire glass crystal that’s scratch and and shatter-resistant, a titanium case with a scratch-resistant Duratect coating, a polyurethane band delivers, a unidirectional rotating bezel, highly luminous hands and hour markers, a 42 hour power reserve, and it’s ISO-certified water resistant down to 200 meters or 656 feet.

The Fujitsubo is available in both blue and black colorways, we’ve shown the blue version here, and it comes in a case shaped like a scuba cylinder. The MSRP is $995 USD and Huckberry are offering it with free US shipping and free 60 day returns. 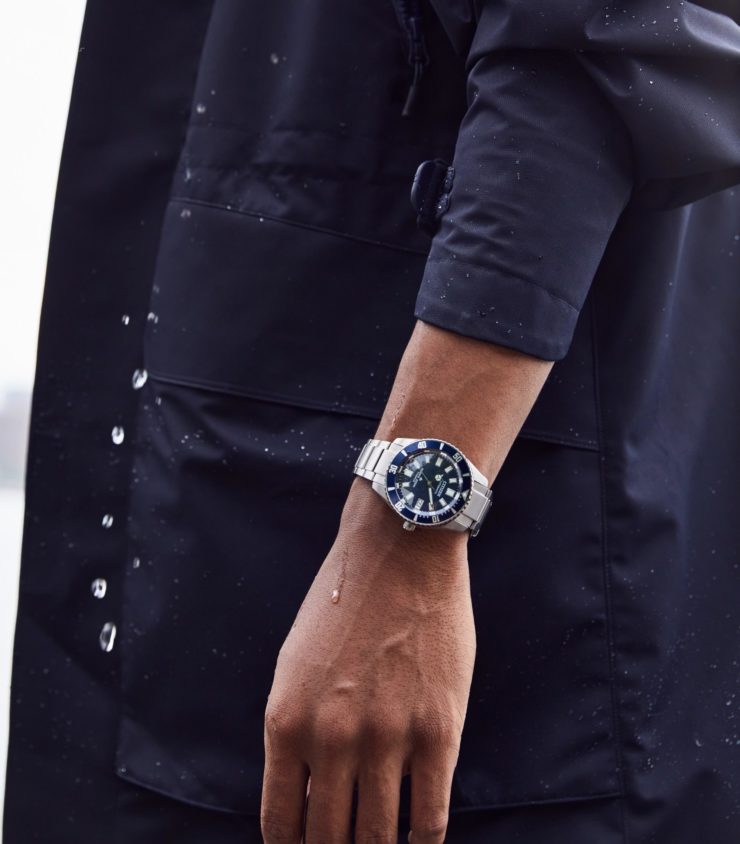 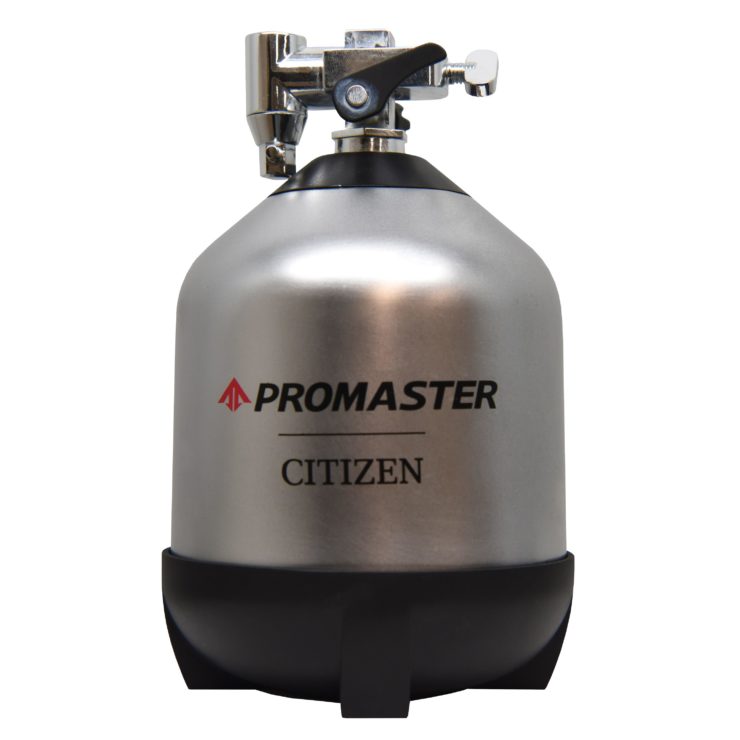 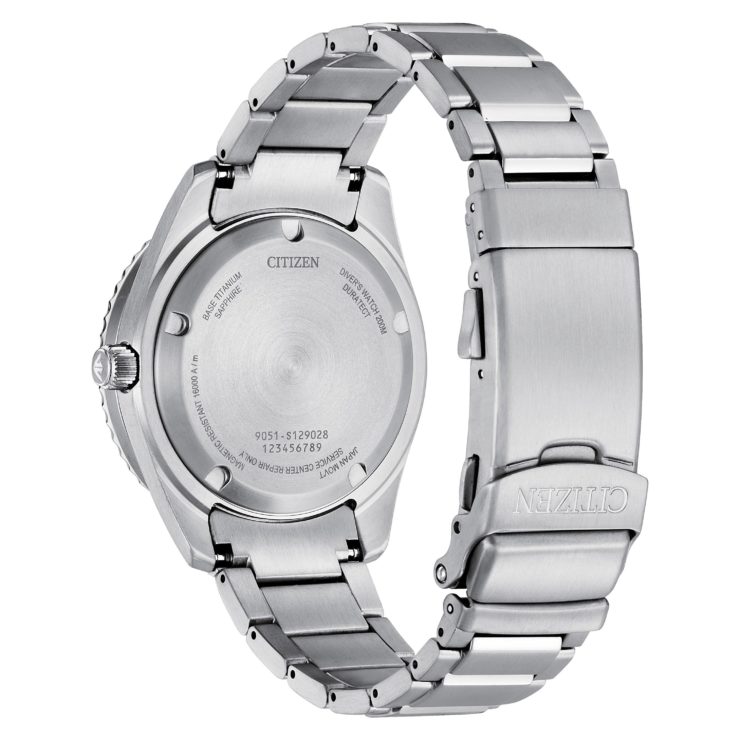 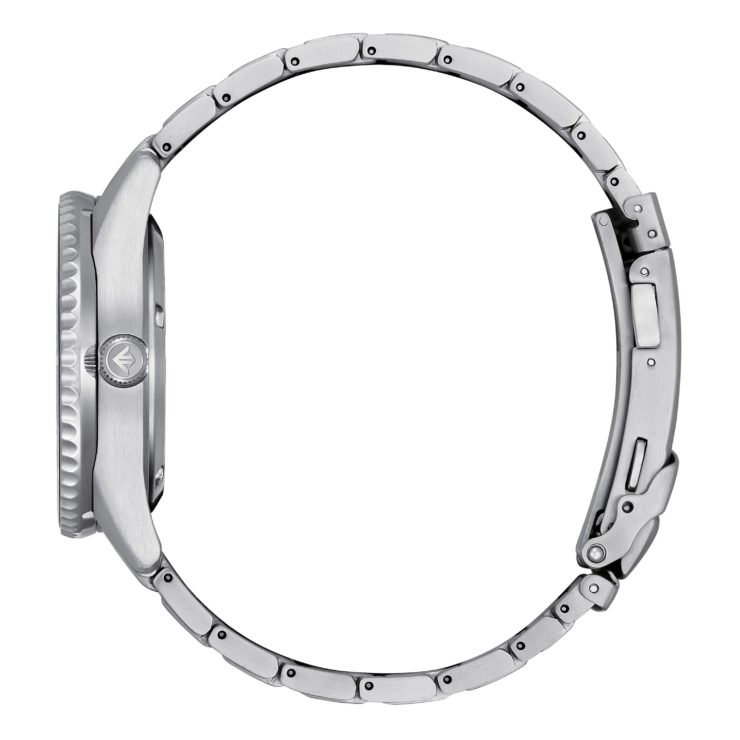