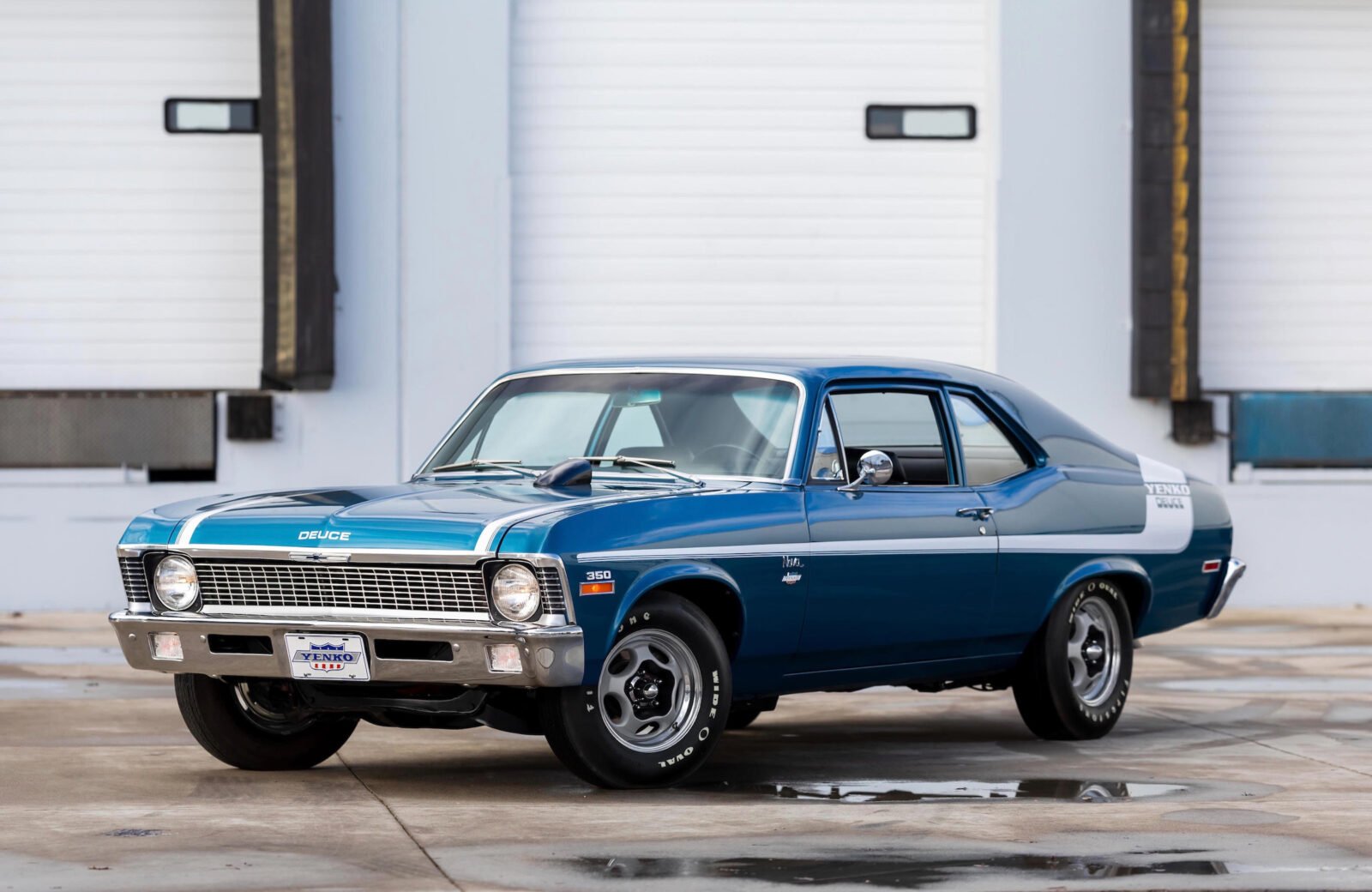 This is 1 of just 175 examples of the Chevrolet Nova LT/1 “Yenko Deuce” ever made. Don Yenko became a legend first as a racing driver, then as a creator of high-performance American cars not unlike his rival Carroll Shelby.

Each of the Yenko Deuces that were made were fitted with a slew of performance upgrades, most importantly they were given the highly-tuned 350 cubic inch solid-lifter Turbo-Fire V8 engine producing 360 hp.

Don Yenko was born Donald “Don” Frank Yenko on May the 27th, 1927 into a family of Chevrolet dealers. He would remain faithful to the brand his entire life, first as a racing driver and then as an unofficial performance department for the marque that included a slew of exceptionally quick cars. 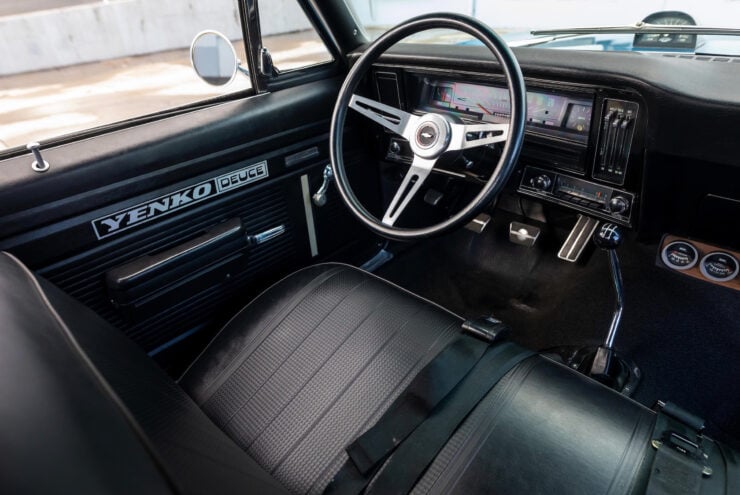 The interior of the car is largely original, with the exception of some Yenko badging and some additional gauges – including a hood-mounted tachometer.

Early in his life Yenko had a passion for both racing and flying, he earned his pilot’s license at the age of 16 and he served in the United States Air Force before attending Pennsylvania State University and starting the university’s first flying club.

In the 1950s and 1960s Yenko would become a celebrated racing driver competing on both sides of the Atlantic, he won over 10% of the races he entered and ended up on the podium almost 20% of the time – an impressive record by any standard.

In the mid-1960s he established a performance garage connected to his family Chevrolet dealership in Canonsburg, Pennsylvania. Customers could chose to order high performance parts and fit them themselves, or they could have the parts fitted by Yenko’s specialist mechanics.

In 1965 the first Yenko Special would appear, it was called “The Stinger” it was a highly modified version of the Chevrolet Corvair. Each Stinger was fitted with engine upgrades, some producing as much as 240 hp, they were also fitted with upgraded transmissions, suspension, and differentials. 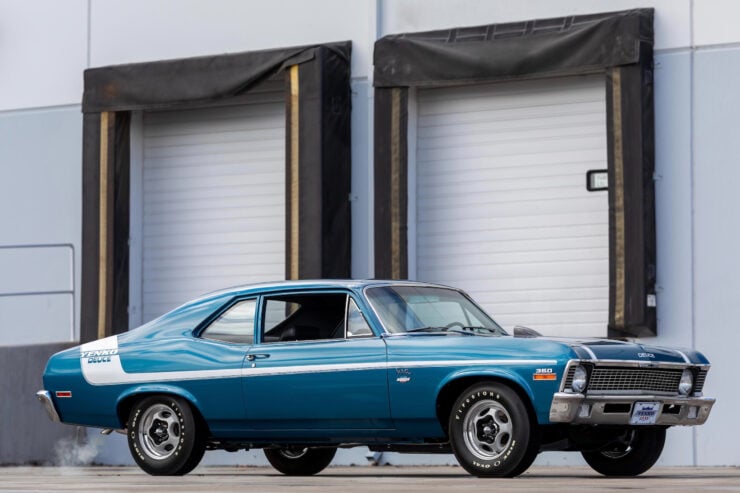 The distinctive “hockey stick” side decals are the easiest way to spot a Yenko Deuce, coupled with the “Deuce” decal on the front of the hood.

This Nova was named the LT/1 “Yenko Deuce,” and each one was built by Chevrolet specifically for Yenko using the COPO or “Central Office Production Order” system that he had used so effectively in the past.

Due to his family connections at Chevrolet, Yenko was able to lay out a series of special high performance modifications for new production Chevrolets and have them built at the factory using the same COPO system that was typically used to produce special order vehicles, like police cars or taxi cabs. 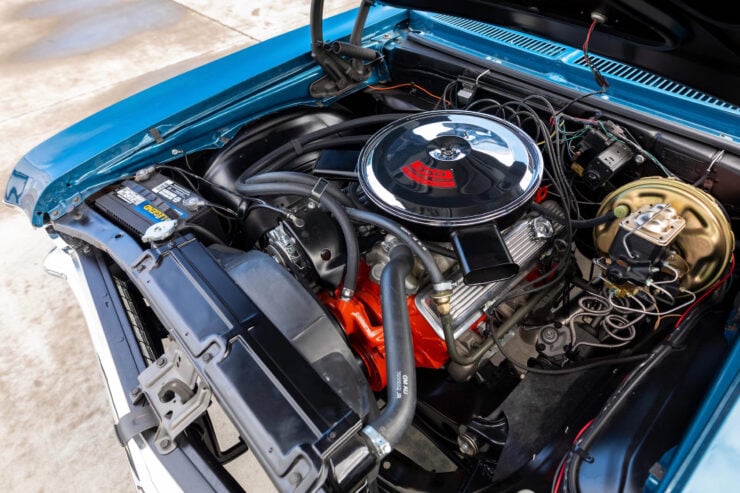 The 350 cubic inch V8 is the same as the one fitted to the LT1 Corvette, it produces 360 hp which is sent to the rear wheels via an upgraded 4-speed manual transmission.

Each Chevrolet Nova LT/1 “Yenko Deuce” was built with a 360 hp LT1 V8 under the hood, mated to an uprated transmission and rear end to better handle the power. As a racing driver Yenko fully understood the importance of handling, and so each car was also fitted with uprated suspension to match.

The United States Environmental Protection Agency would cause enough trouble for Yenko in the early 1970s that much of his high performance operation would be wound down, much like his fellow east coast peers at Motion Performance.

The Nova LT/1 “Yenko Deuce” is now one of the most collectible of the original Yenko cars, thanks both to its remarkable performance and its eye-catching looks courtesy of the Yenko decal package.

The ar you see here is one of the original 175 that were built, it’s finished in Fathom Blue with contrasting white racing stripes and Yenko lettering, and the interior is trimmed in black vinyl. The car is now being offered for sale out of a prominent Reno, Nevada-based collection, and it has had a nut-and-bolt restoration.

If you’d like to read more about this car or register to bid you can click here to visit the listing, it’s due to cross the auction block in Scottsdale, Arizona on the 27th of January. 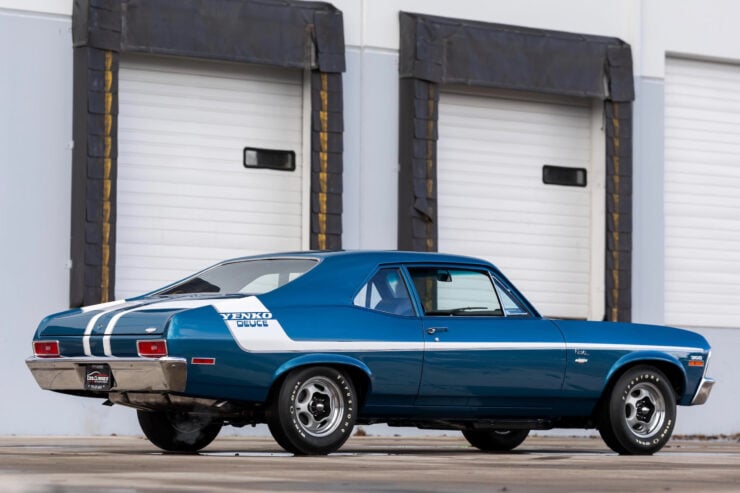 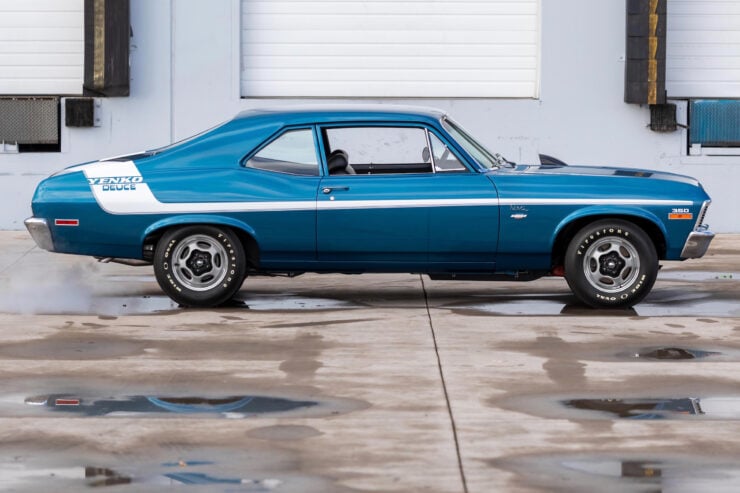 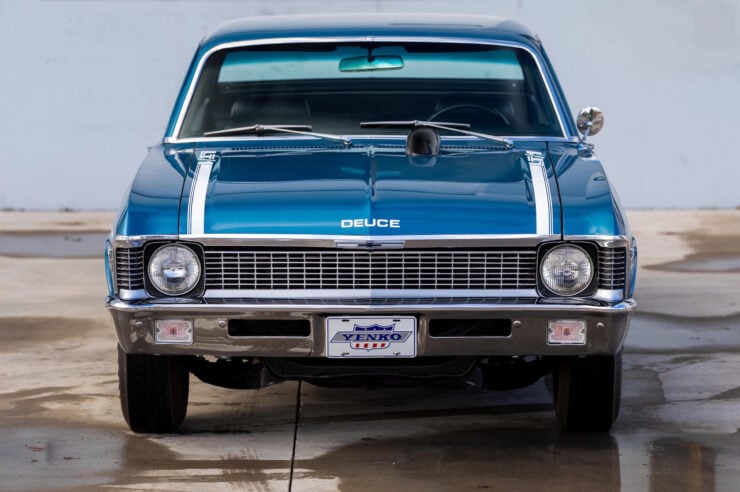 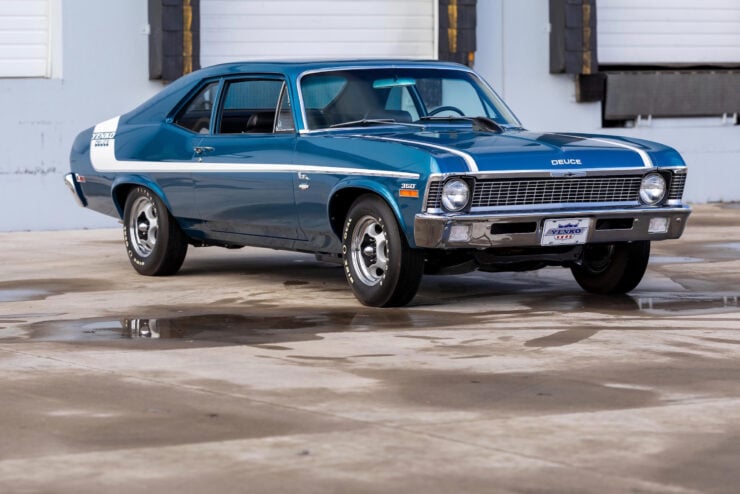 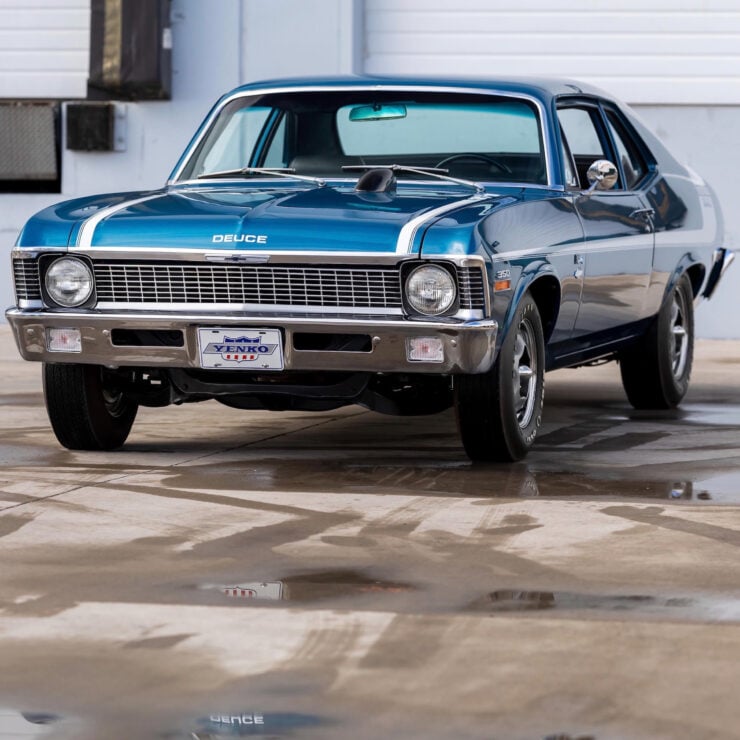 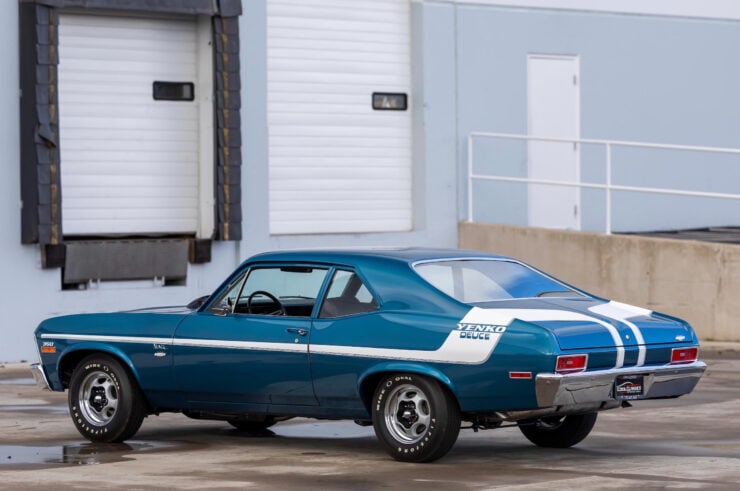 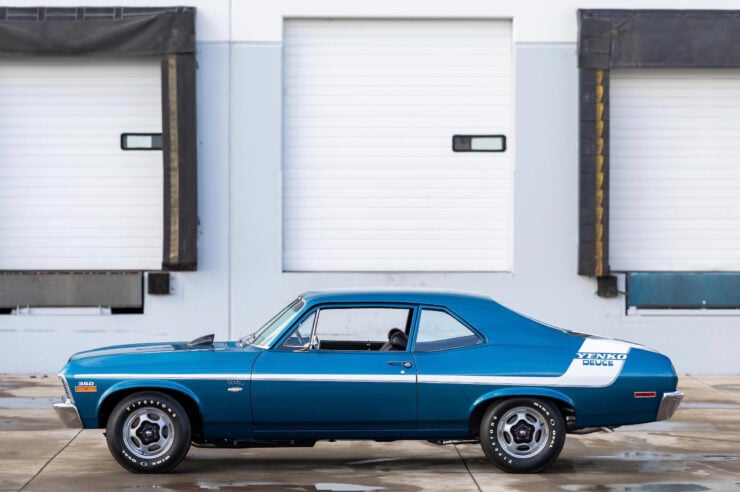 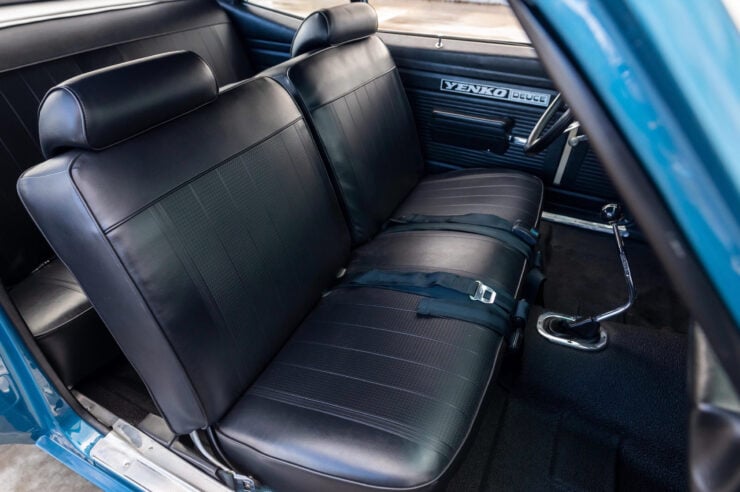 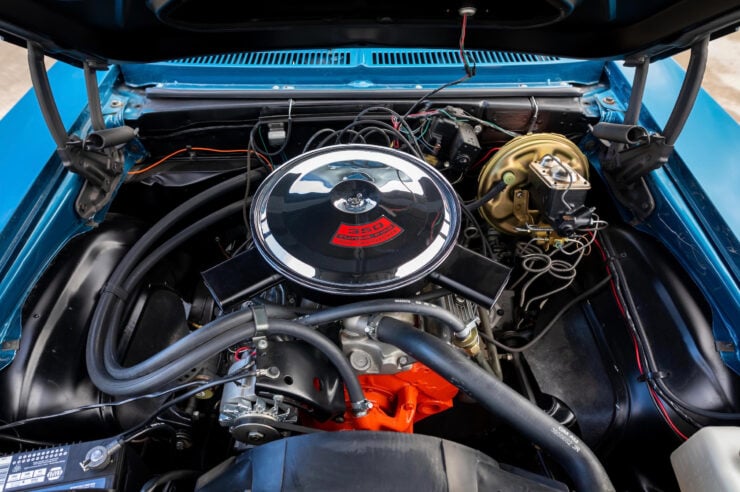 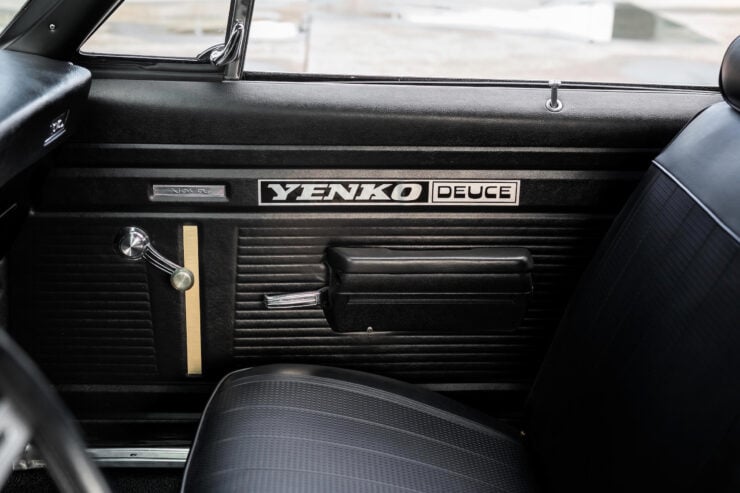 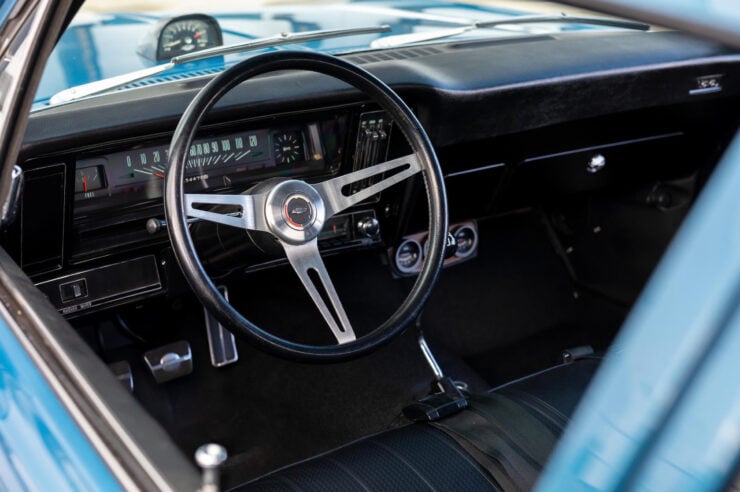