This 1974 Jensen Interceptor has spend years tucked away in storage in California. It’s now being offered for sale on eBay with a Buy It Now price of $16,900 USD – probably making it the cheapest Interceptor in the world.

That said, there is a catch. This vehicle will require a full restoration including an engine and transmission rebuild, the good news is that (from the images provided) there looks to be very literal rust to deal with.

When the Interceptor name was reanimated for use on their new car in 1966 the executives running Jensen Motors could have barely dreamed of how popular the car would become.

Above Video: Back when they were hosting Top Gear the trio of Jeremy Clarkson, Richard Hammond, and James May loved the Jensen Interceptor so much they made a 1970s TV show intro starring one.

Though Jensen is a British automaker the Interceptor would be a truly international affair, the design was created by Carrozzeria Touring in Italy, the engines and transmissions were sourced from the Americans over at Chrysler, and the rest was taken care of by Jensen in West Bromwich, England.

Early Interceptors had their steel bodies made by Vignale in Italy however they moved this in-house to simplify their supply chain and maintain a close eye on quality control. The design of the car has enjoyed enduring popularity, it’s had its looks compared with earlier cars like the Studebaker Avanti (rear) and the Brasinca Uirapuru (side profile), however it undeniably has its own unique charm.

A highly modified four-wheel drive version of the Interceptor would be sold, named the Jensen FF, which is now remembered as the first non all-terrain production car equipped with four-wheel drive.

Over the course of its 1966 to 1976 production run Jensen would sell 6,408 examples of the Interceptor over three major model iterations – Mark I, Mark II, and Mark III. 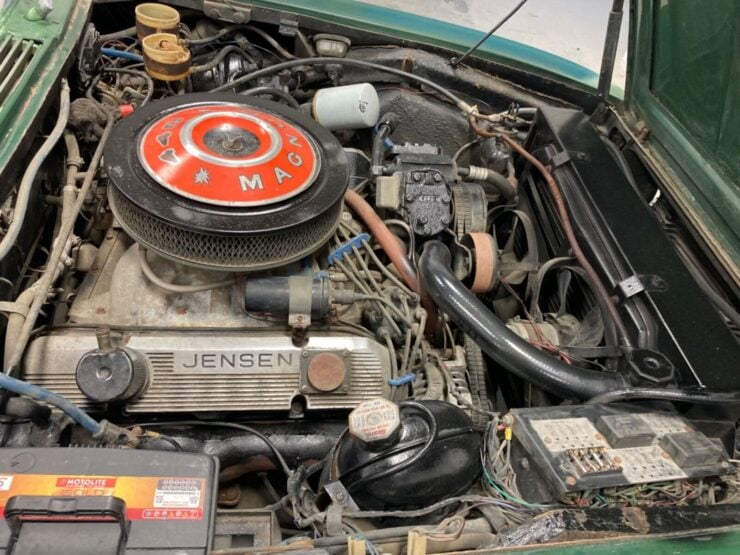 This car is fitted with the largest engine ever fitted to the Interceptor, the 440 cubic inch High Deck Big Block V8.

As with many steel bodied cars of this era, the surviving examples of the Jensen Interceptor are prone to issues with rust. On a more positive note, the use of American V8s means that it’s always easy to get spare parts and engine work won’t typically bankrupt owners in the same way that more exotic European engines can.

The eBay listing explains that the car has much of its original interior including seats, carpeting, and headliner. The floors are described as being solid and they say the engine turns but they haven’t tried to start it as it’s been sitting for so long.

Importantly they also note that the car has a clear California title, a critical thing to get when buying any car let alone a barn find like this.

If you’d like to read more about this Interceptor or make them an offer you can click here to visit the listing on eBay. 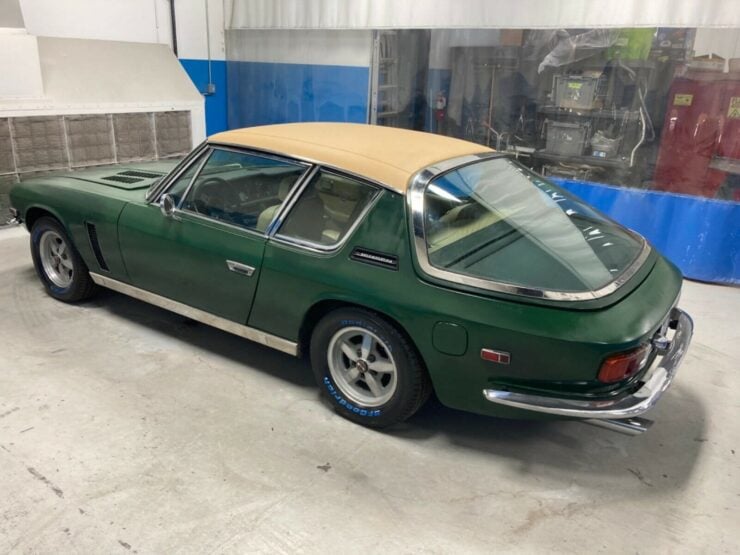 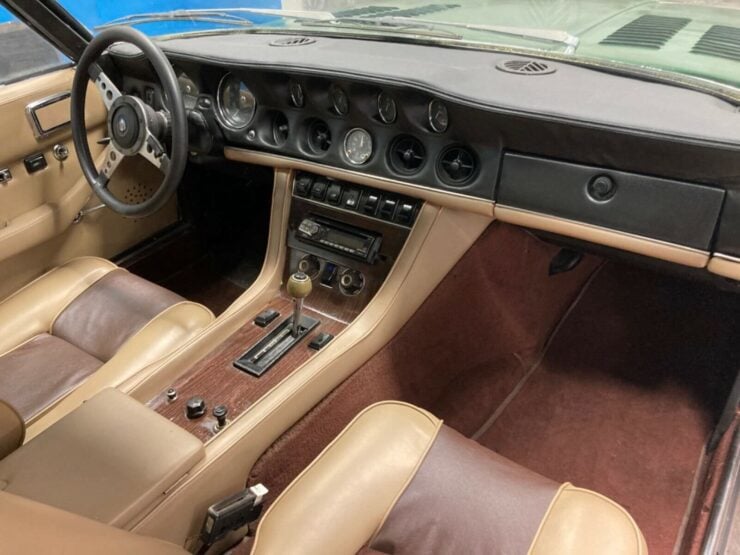 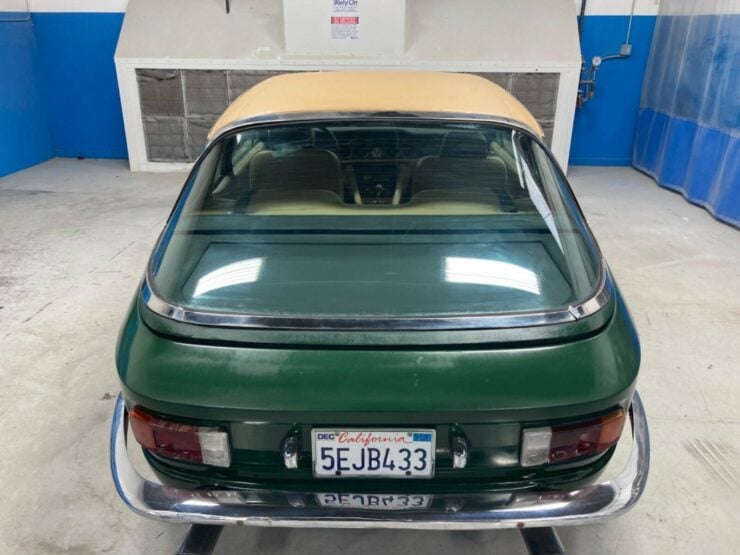 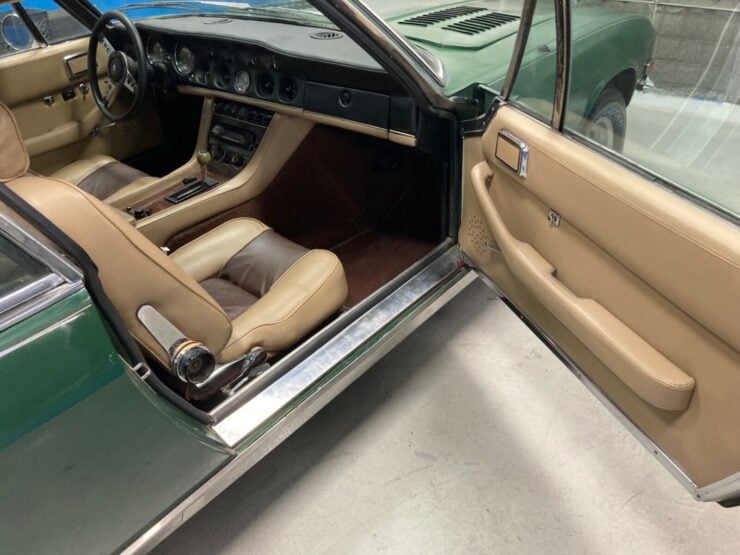 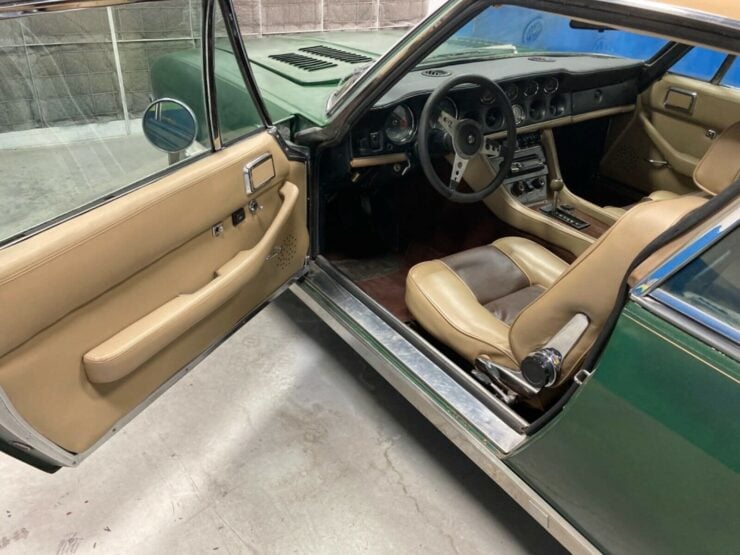 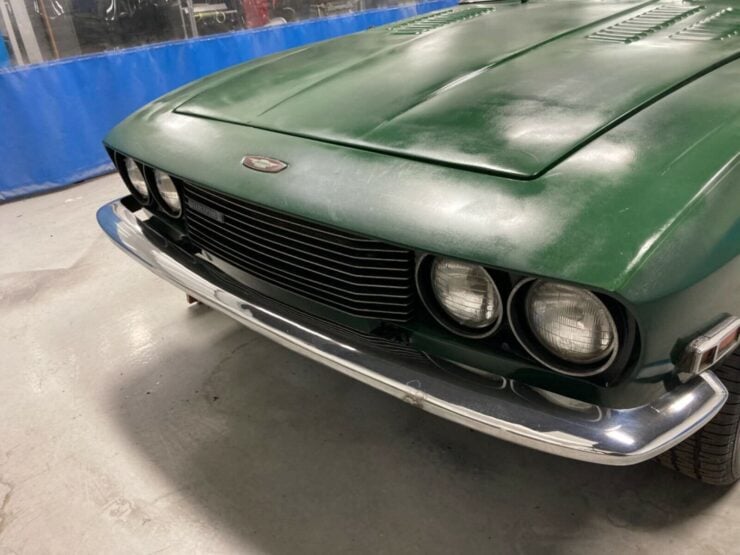 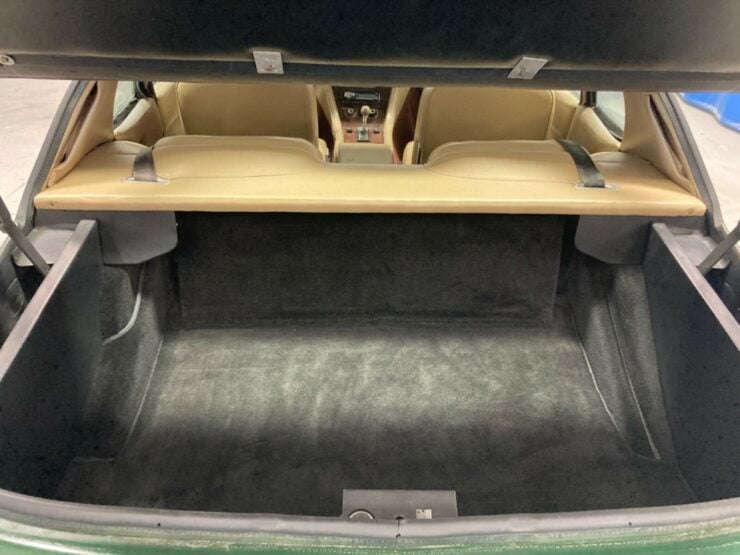 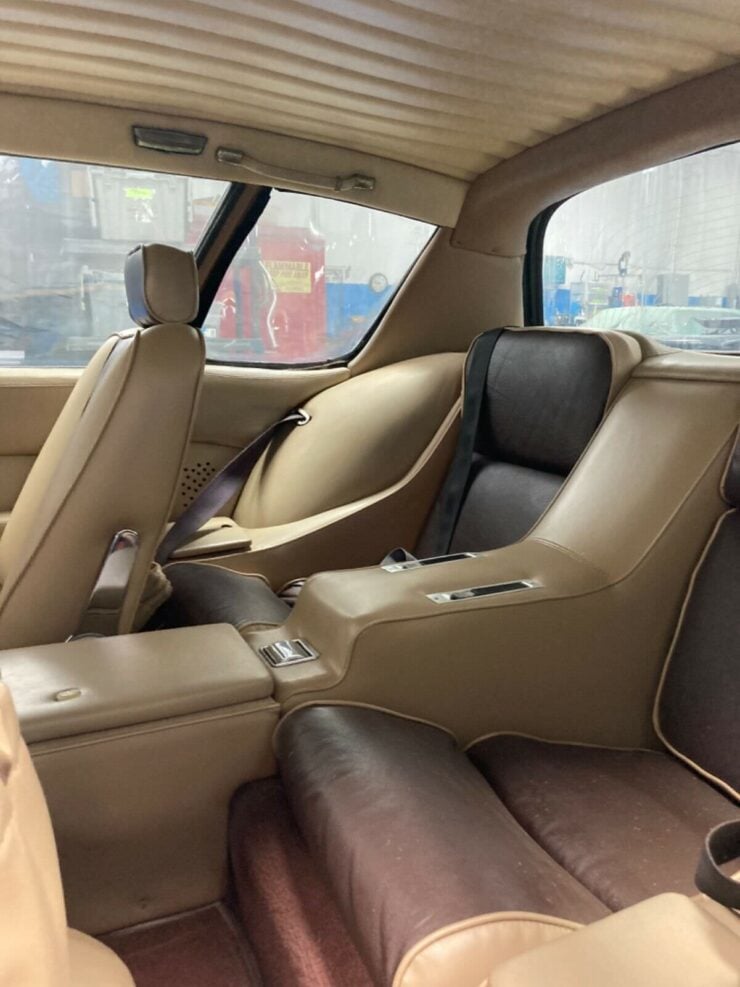 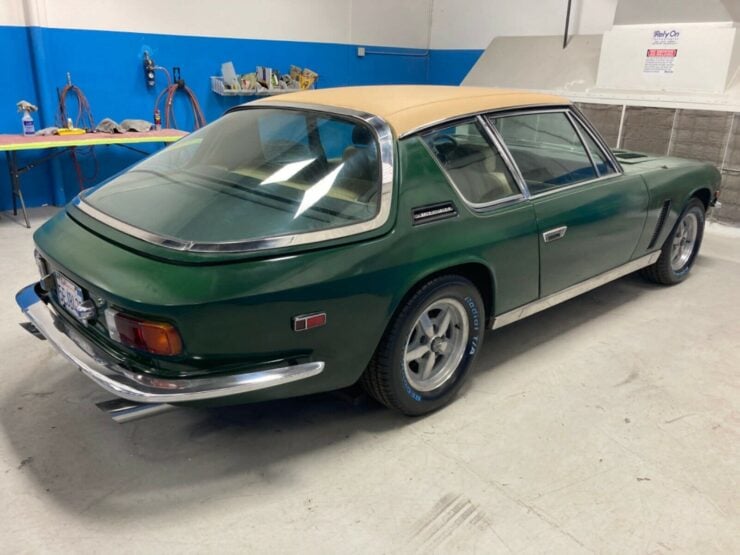 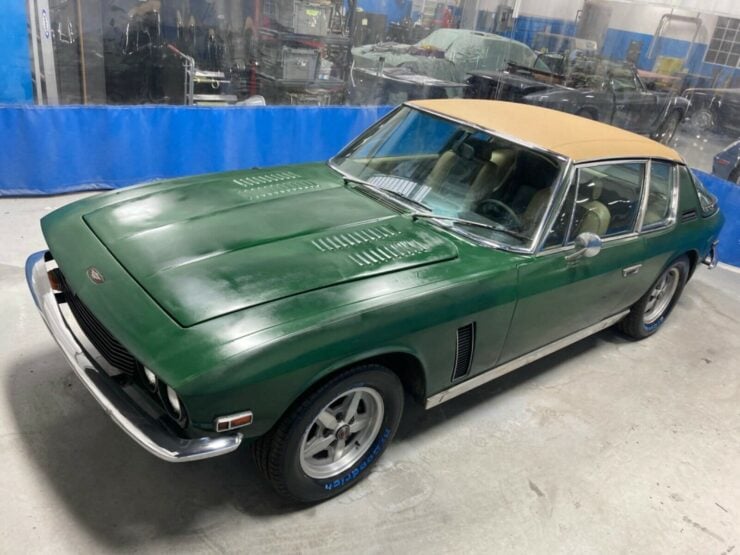 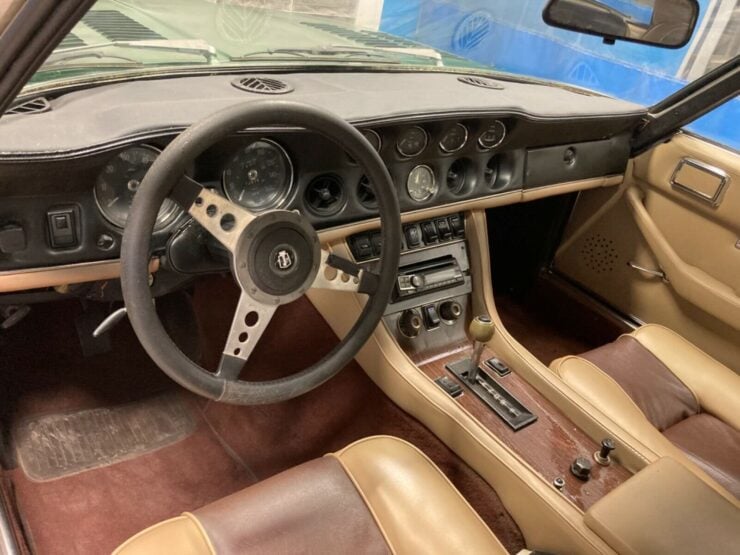 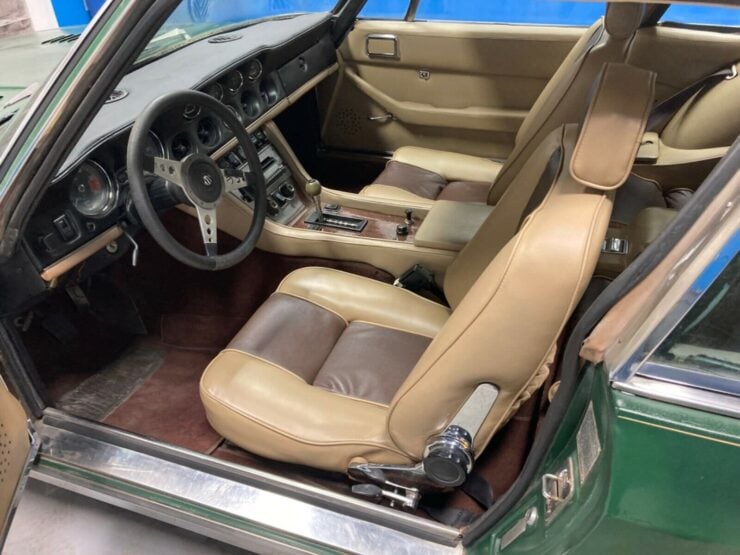 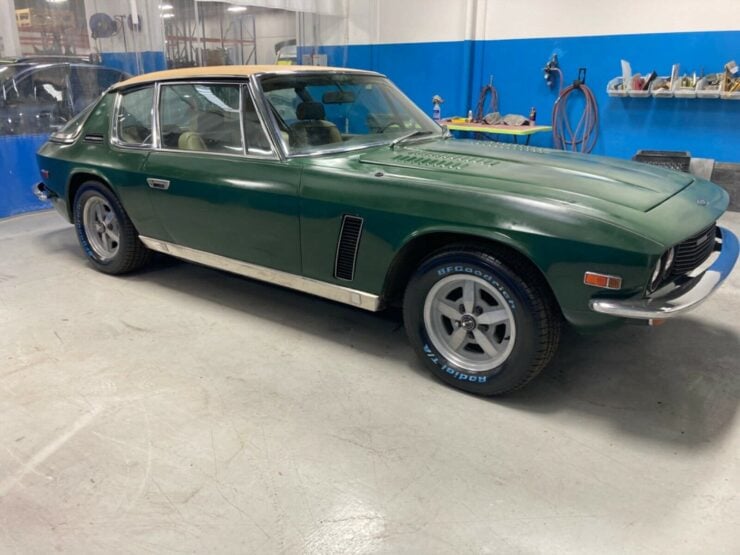 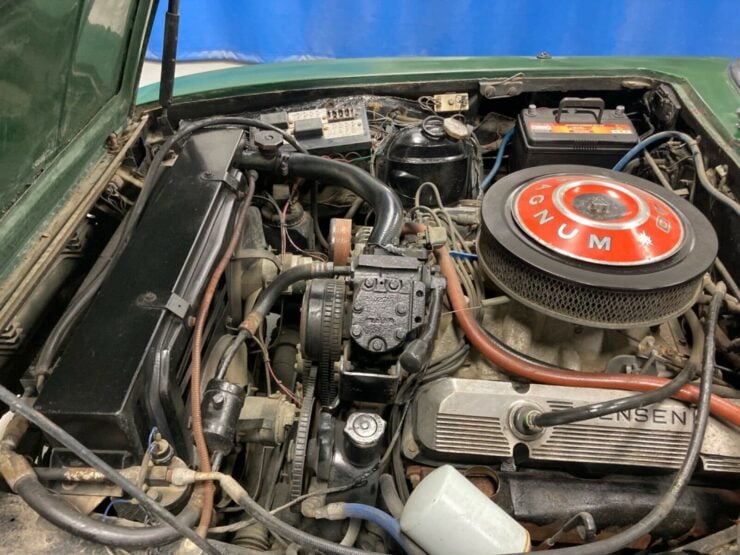