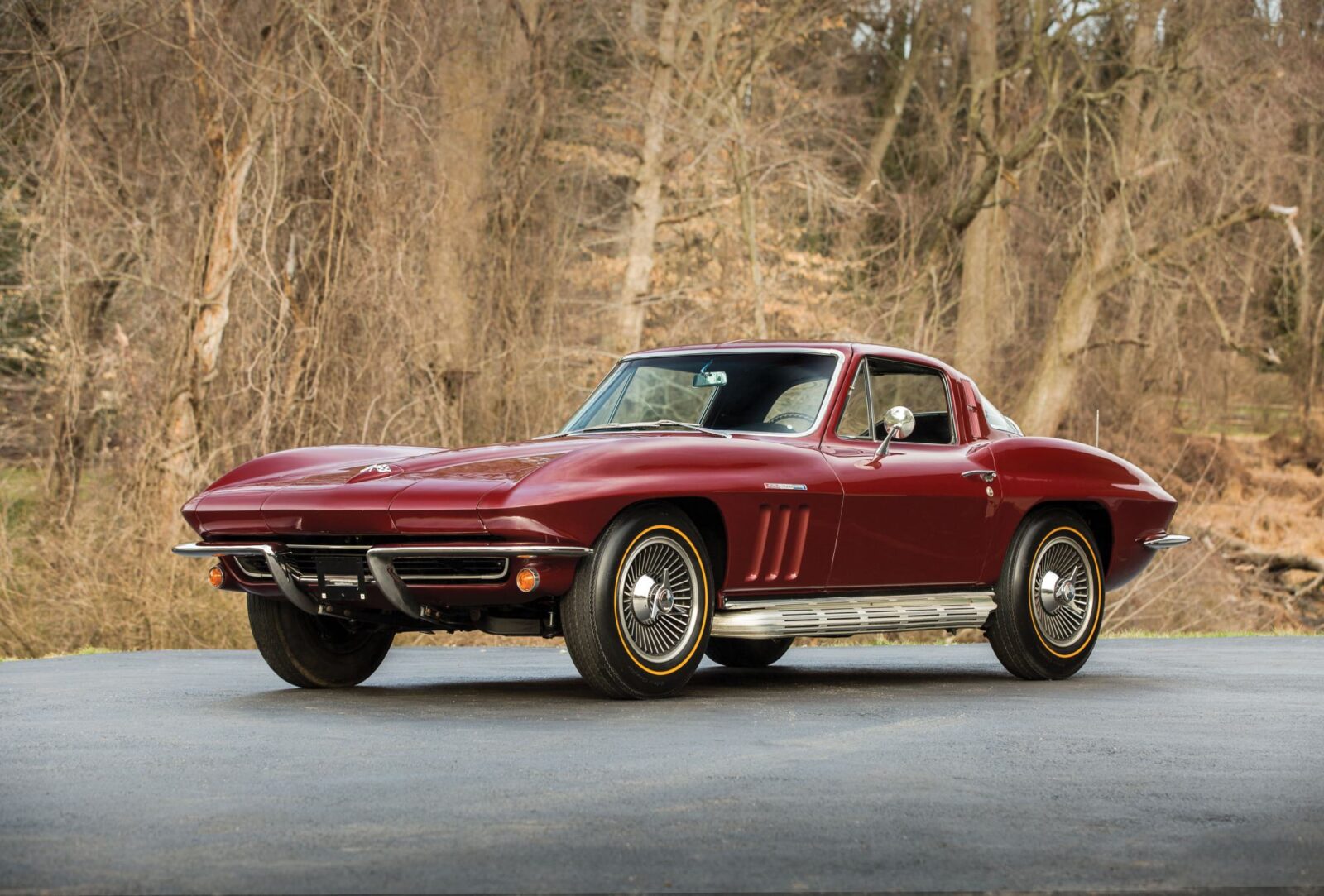 1965 was the third year of production for the C2 Chevrolet Corvette, and it was also the year that disc brakes became standard equipment on all four wheels – helping to bring the model up to spec with similar sports cars from across the Atlantic.

The reason many consider the C2 Corvette to be such an important iteration of the model is because of the team that created it. The engineering under the skin had been completed by Zora Arkus-Duntov and his team, and the design had been the work of Bill Mitchell and Larry Shinoda – no three men were more important in the development of the Corvette before or since.

With the new C2, Arkus-Duntov had developed an entirely new frame and rear suspension, and specified a thinner gauge of fibreglass to be used for the body to help reduce weight. The most important element was the new independent rear suspension, it was created as an unusual system with a frame-mounted differential, with u-jointed half shafts and a transverse leaf spring which acted a little like an anti-roll bar.

The new rear end significantly improved handling and reduced unsprung weight compared to the outgoing solid axle, and it offered handling compatible to its European competition for the first time.

The 1965 Corvette you see here was ordered new with the hugely desirable 327 cubic inch, 375hp fuel-injected V8 Rochester Ramjet “fuelie” engine – 1 of just 771 that were delivered in ’65. It also has the 4-wheel disc brakes, although they were ordered without the power assist – as was the steering, but the purists will probably prefer that.

Auctions America explain that the car has been previously restored, and is presented in Milano Maroon with a black interior and period-correct AM/FM radio, Firestone yellowline tires, factory side exhausts, and factory alloy wheels with knock-offs. The estimated value is between $65,000 and $75,000 USD – which actually seems reasonable given the surge in pricing we’ve seen around these early American sports cars recently.

If you’d like to read more about this car or register to bid you can click here to visit Auctions America. 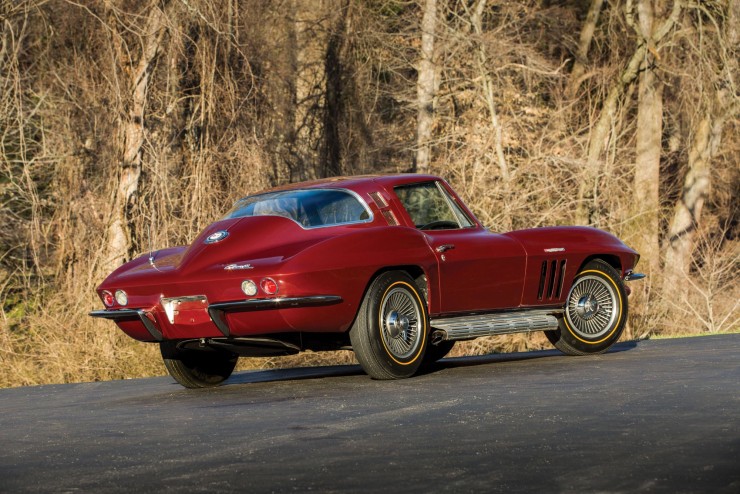 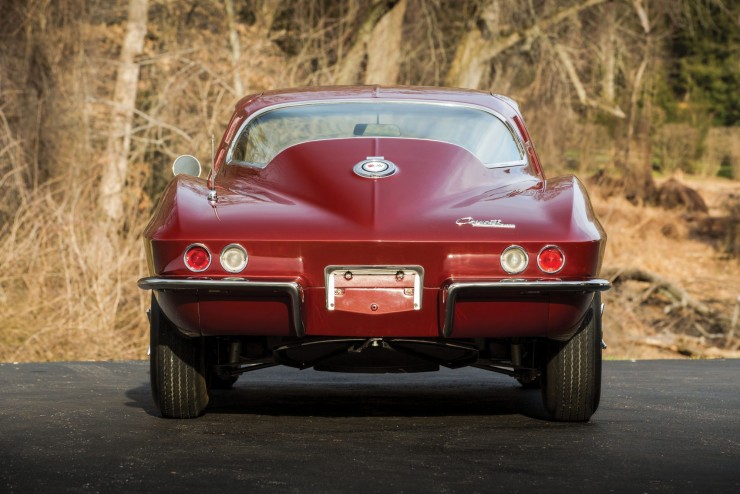 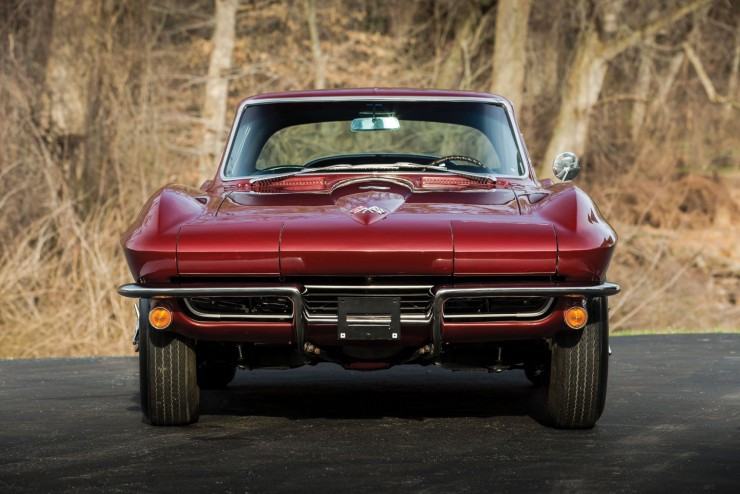 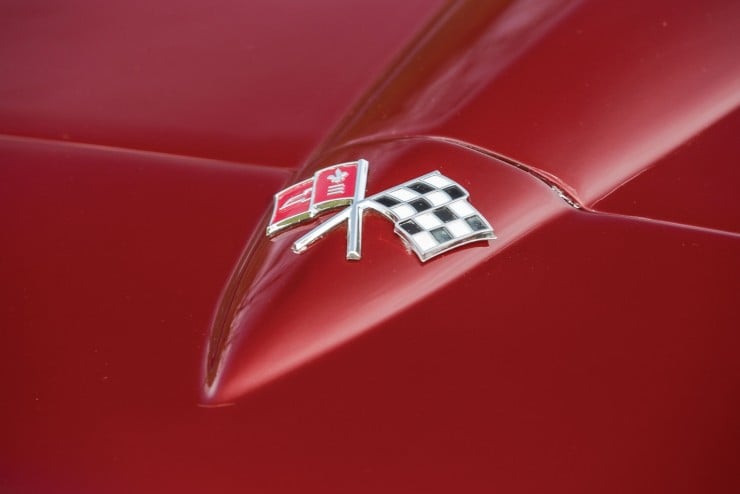 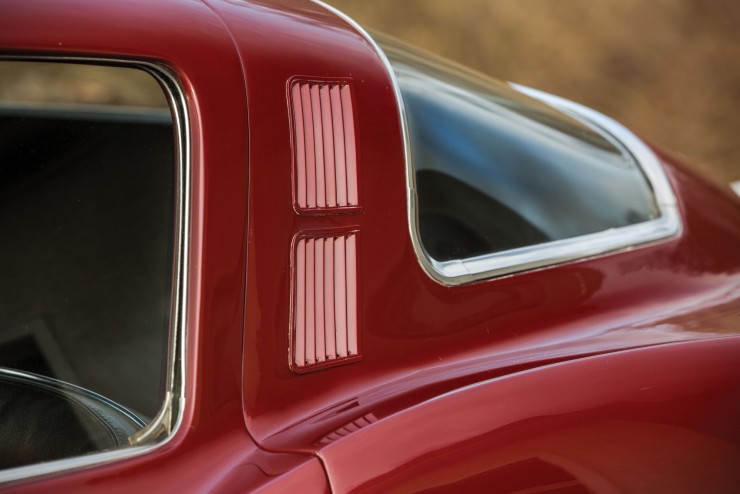 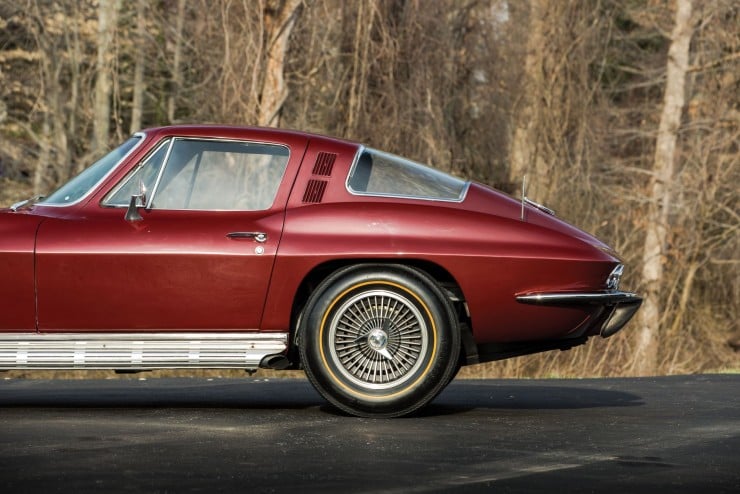 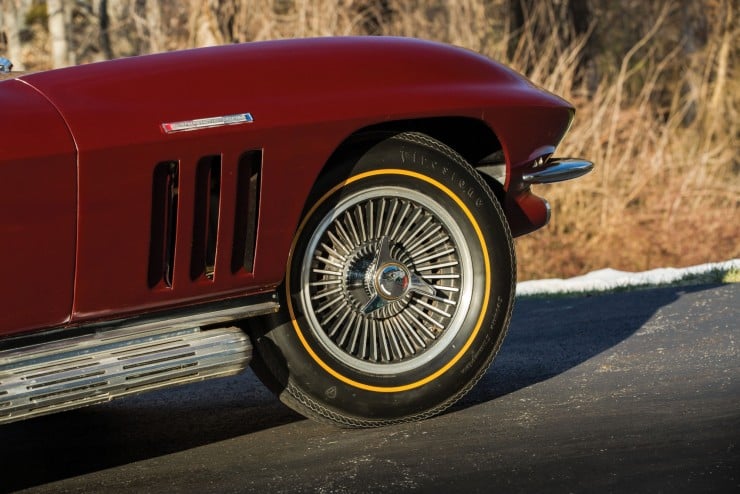 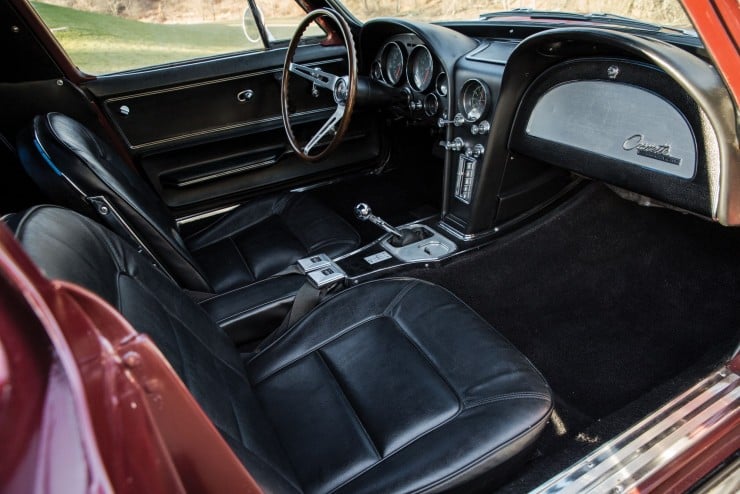 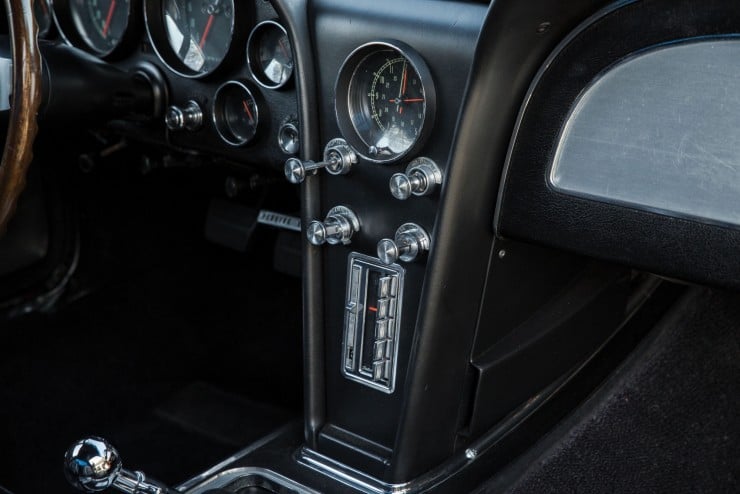 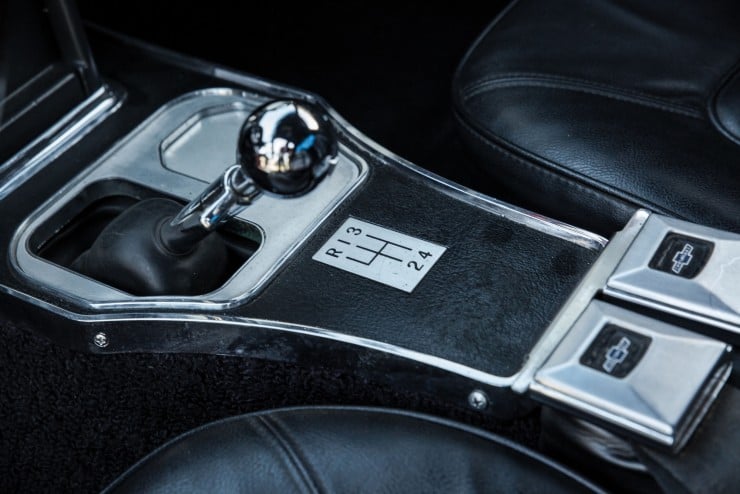 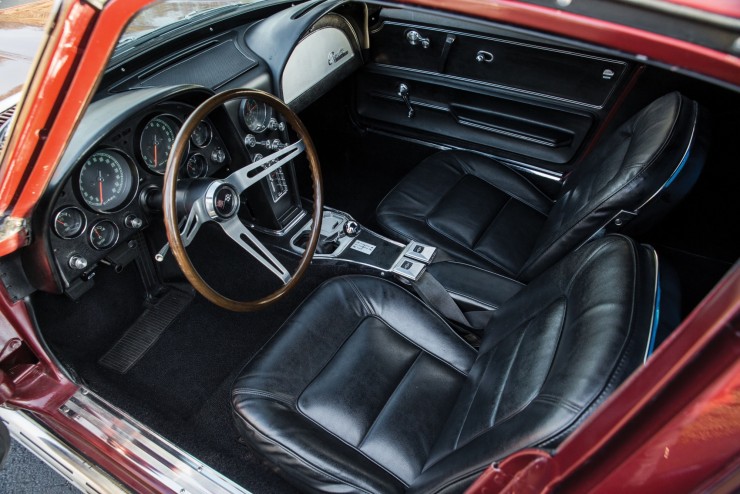 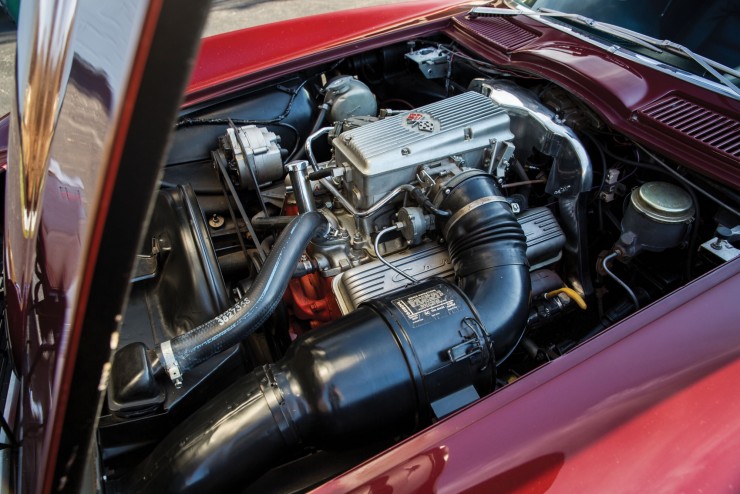 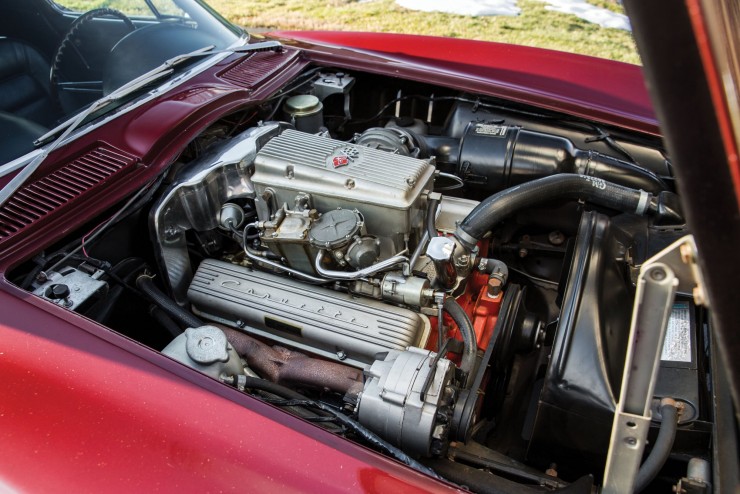 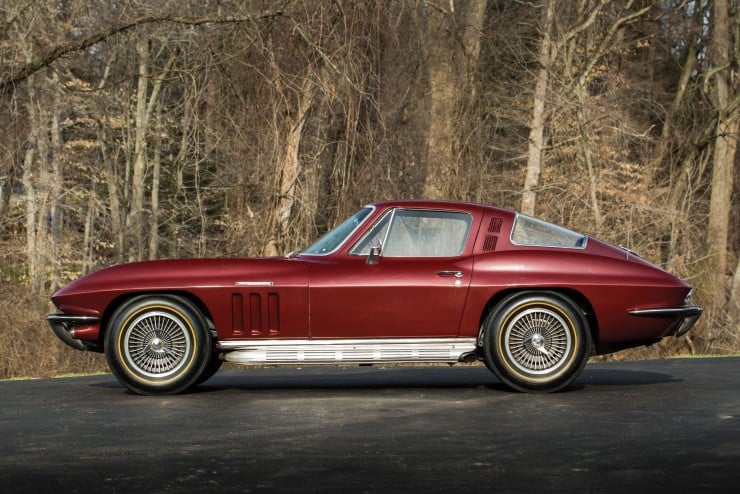 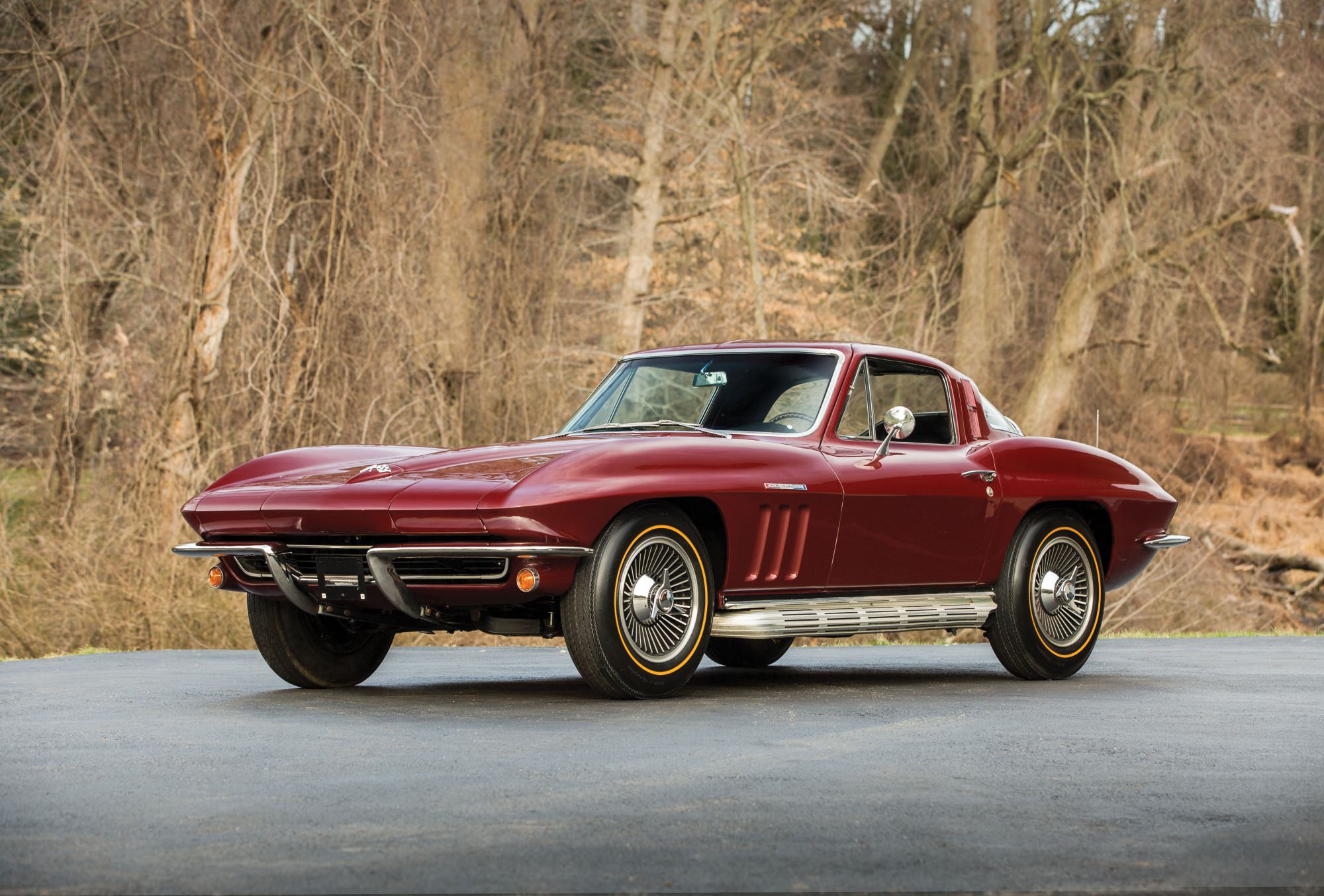