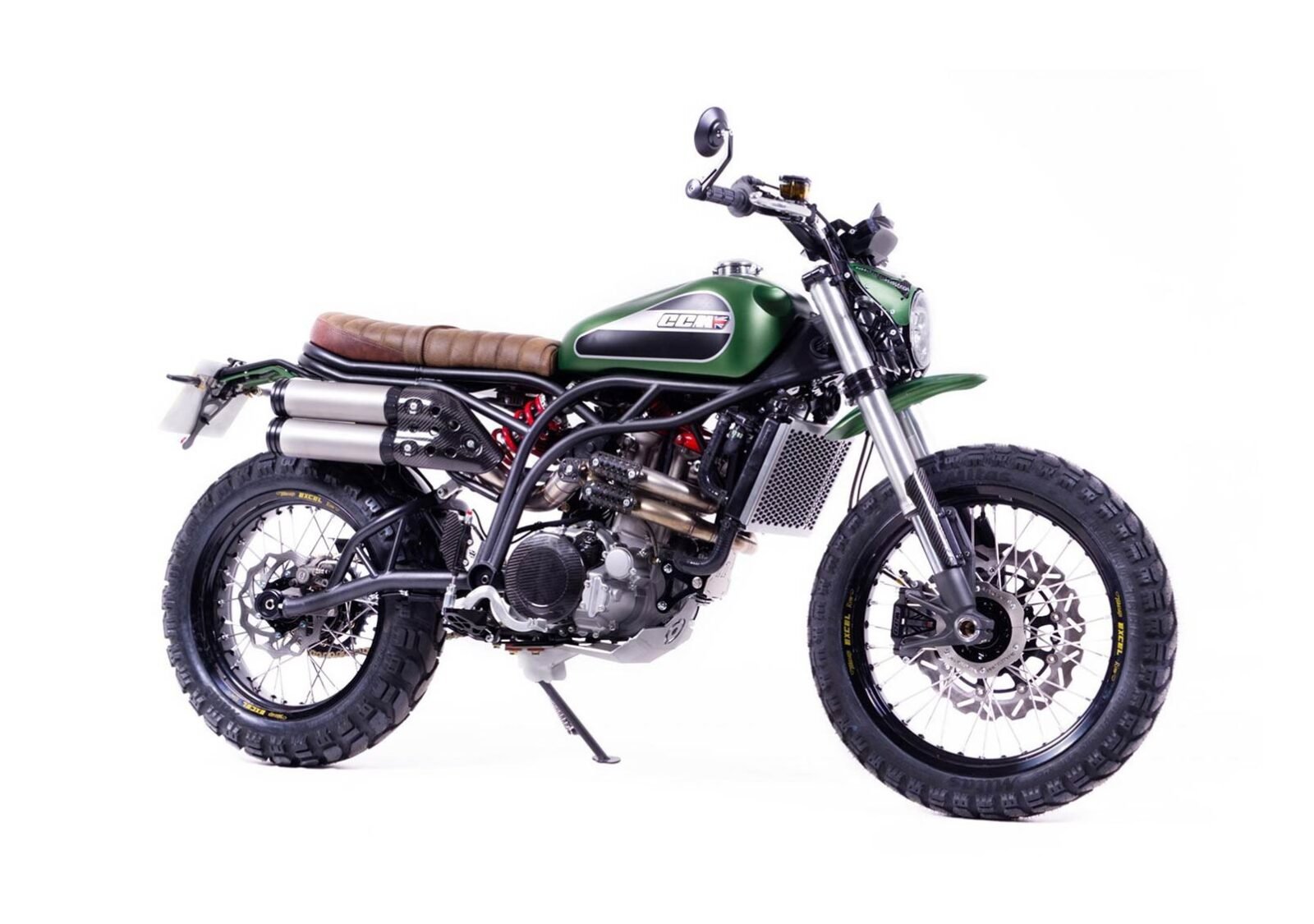 This is the new CCM Maverick, it’s the latest release in the Spitfire model line from Clews Competition Motorcycles (CCM) in the United Kingdom. With the design of the Maverick the team at CCM have taken classic British scrambler styling cues and created a modern dual sport motorcycle with an affordable MSRP of £9,995.

Low-volume motorcycle manufacturers often struggle to keep a range of different motorcycle models in production, however CCM have hit upon a winning strategy – they have a core engine-chassis architecture that they then use as a starting point for their 10 model line up.

Whereas many modern CCM bikes have more of a road-going focus the new Maverick has distinct off road intentions as is clearly displayed in the video below.

A high-exit exhaust and a bash plate under the engine combined with the model’s good ground clearance and knobby tires give the Maverick better off road ability than many (if not most) motorcycles in the modern classic scrambler genre – and it does it all with a class-leading dry weight of just 145 kilograms or 319 lbs.

Above Video: See the CCM Maverick in action in this short clip.

For the uninitiated, CCM was originally founded all the way back in 1971 by Alan Clews as “Clews Competition Motorcycles.” Alan had started out as a Trials and Scrambler racer in the 1960s and when BSA sold off the contents of their Competition Department in 1971 Alan was there waiting – and he bought as much of it as he could.

Alan quickly developed a reputation for building some of the quickest four-stroke scramblers of his era, capable even of beating the dominant two-stroke motocross bikes of the era on occasion.

Over the years CCM would prove to be surprisingly resilient, as the British motorcycle industry largely crumbled around it the small British company managed to stay in business by sourcing engines and developing military motorcycles for the British Army and a number of other militaries.

In more recent years CCM has been described as “The World’s Biggest Little Motorcycle Manufacturer” due to the popularity of their extensible Spitfire platform and their ability to regularly release new models.

The first prototype of the CCM Spitfire was released in 2016 with a hand-welded T45 carbon steel trellis frame and a BMW-designed Husqvarna single cylinder engine.

This strong, lightweight package combined with modern suspension and brakes resulted in an exceptionally nimble motorcycle ideal for use in urban areas, and well suited to dual sport roles. 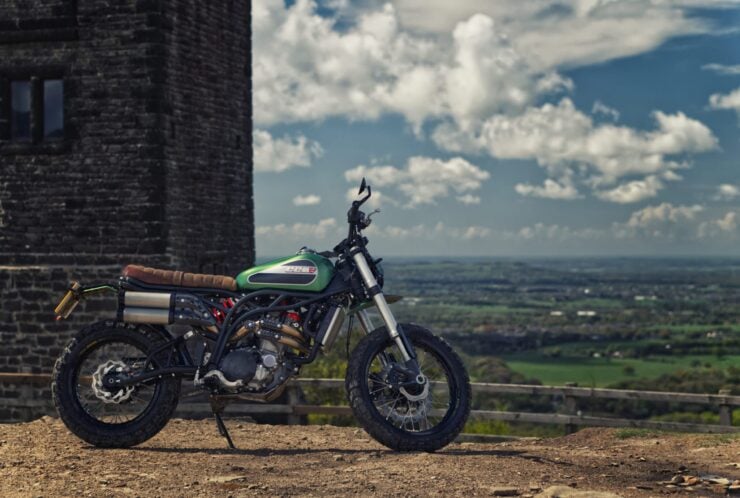 The new CCM Maverick shares its chassis and engine with the rest of the Spitfire model line, so you get that trellis frame and load bearing 600cc single cylinder engine producing 55 bhp and 50 Nm (37 lb ft) of torque at 5,500 rpm.

With the above mentioned weight of just 145 kgs (319 lbs) and the torque coming in low in the rev-range thanks to the single cylinder engine, the Maverick is capable of surprising bursts of speed and it’s well-suited to both city and country riding.

Power is sent to the rear wheel via a 6-speed gearbox and a chain final drive. Suspension is all important on a bike like this so CCM are using modern upside down adjustable forks up front with 120mm of travel, paired with an adjustable monoshock in the rear that also has 120mm of travel.

If you’d like to read more or order your own you can click here to visit CCM. 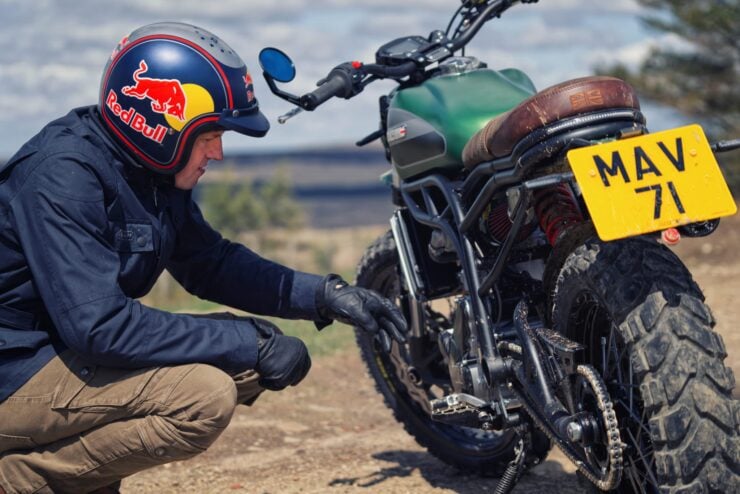 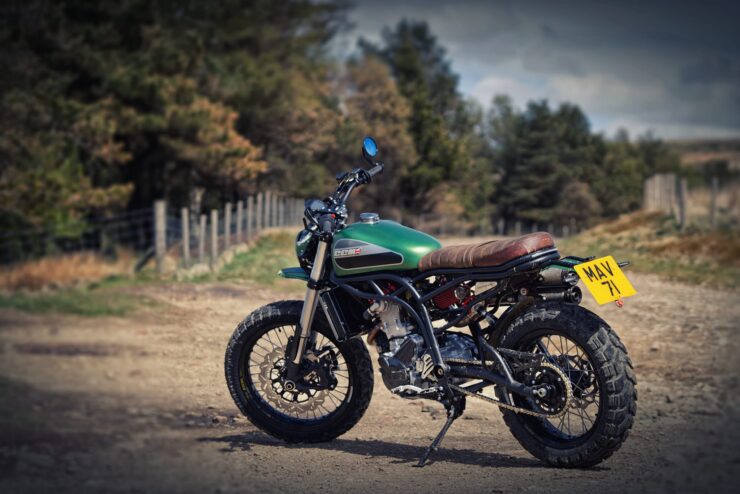 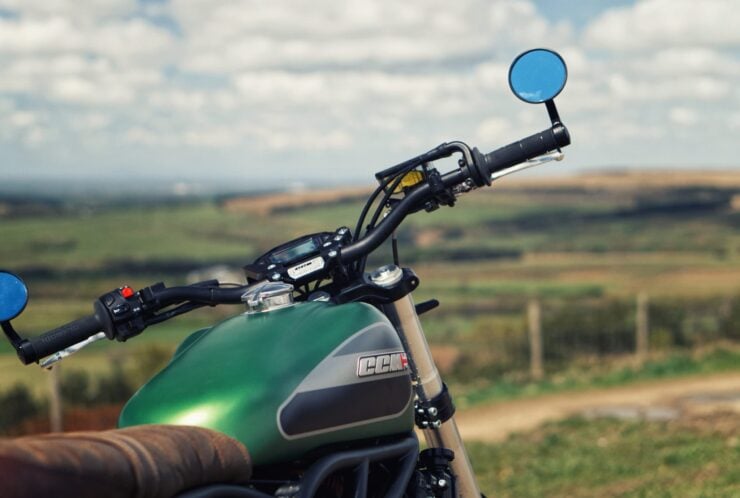 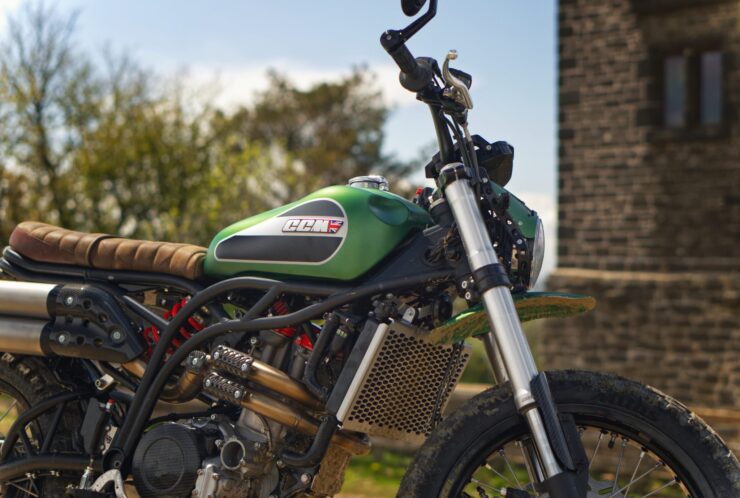 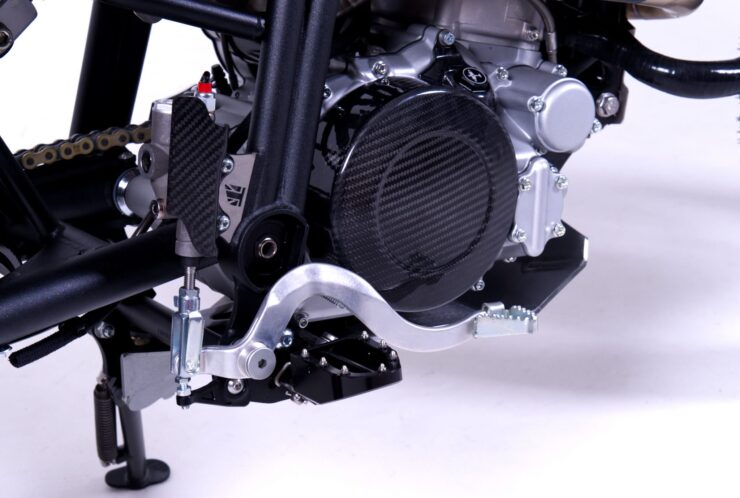 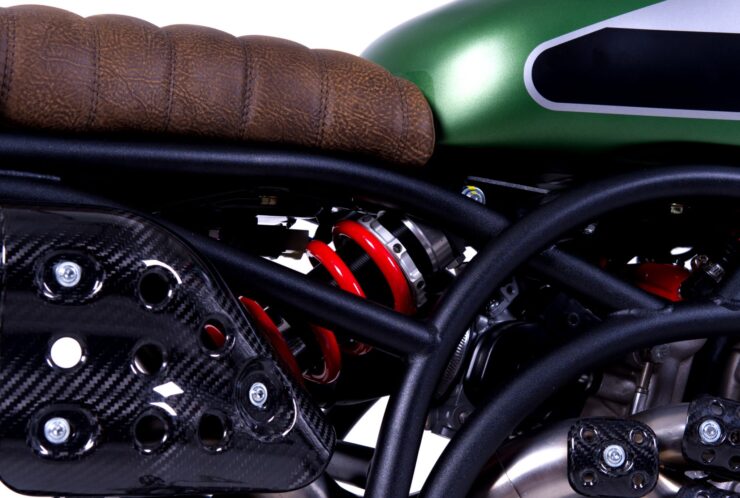 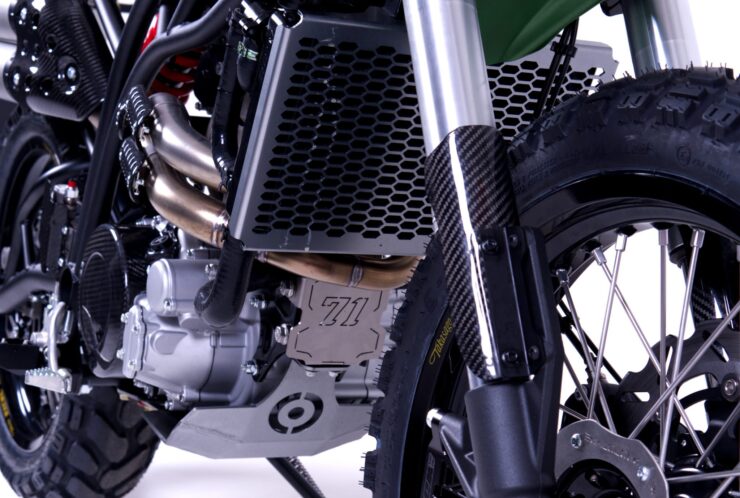 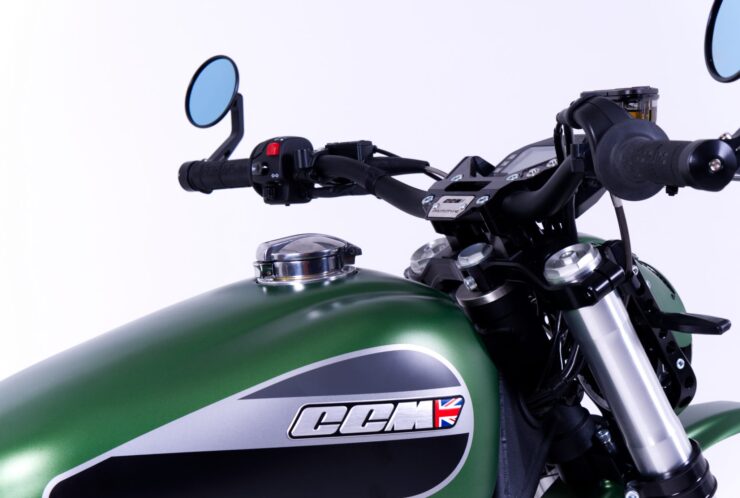 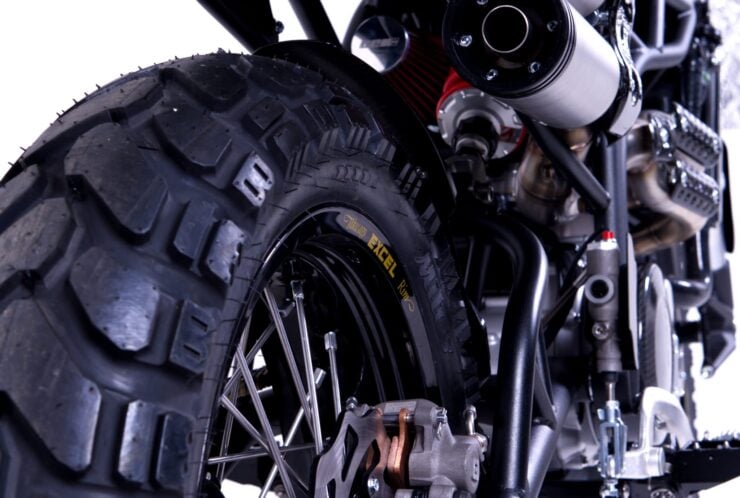 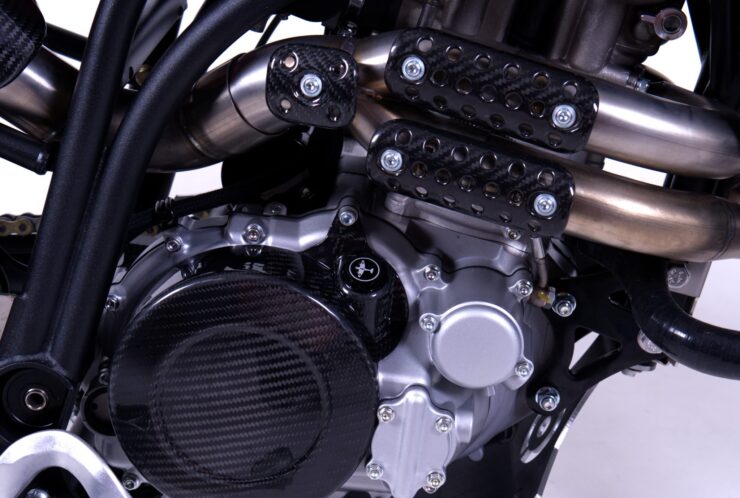 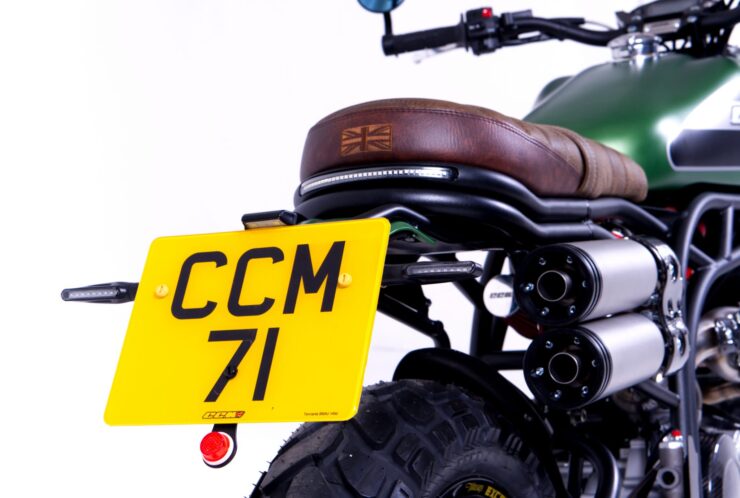