Each of these Alfa Romeo V6 engine coffee tables is made by the team at Custom Brothers from a damaged or non-running engine. This will help appease those who don’t believe that a running engine should be used to make furniture – particularly not the Alfa V6 which is sometimes referred to as “Alfa’s Violin” due to the beautiful sound it makes, particularly in motorsport trim.

This generation of Alfa V6 first started appearing on engineer’s drawing boards back in the late 1960s however a production version would appear in a car until 1979. The 1973 Oil Crisis had caused Alfa to pause its development however by the late 1970s it was clear that a new engine was needed to replace the aging Alfa DOHC inline-4.

The new V6 was developed by a team led by Giuseppe Busso, as a result it’s sometimes just called the “Busso V6” by Alfa Romeo enthusiasts. Initially the engine had a single overhead cam per bank with carburetors and two valves per cylinder, however this would eventually be upgraded to double overhead cams per bank with four valves per cylinder and electronic fuel injection. 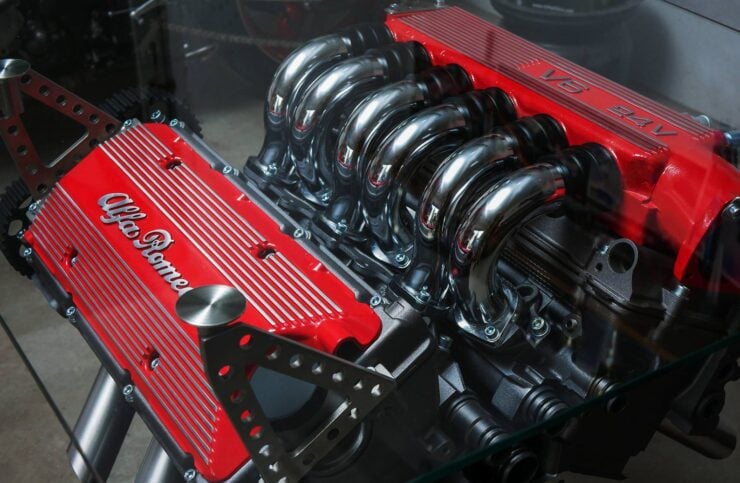 The production run of the Alfa Violin would be a remarkable 26 years from 1979 until 2005, it almost stayed in production longer too as British engine development company Cosworth wanted to buy the tooling and create their own version – though Alfa ultimately decided against it.

Each of these Custom Brothers engine coffee tables gets a thorough cleaning and detailing before it’s affixed to a red steel base that utilizes the original engine mounts. A glass top is then fitted courtesy of four metal mounts and a set of six short slash cut header pipes are bolted into place.

The final table sits at 73 cm high by 85 cm wide and 75 cm deep, that works out to 28.7 inches, by 33.4 inches, by 29.5 inches. For any fan of Italian engineering there can be no better coffee table to have sitting in your living room or garage, just don’t kick your toe on it in the night. 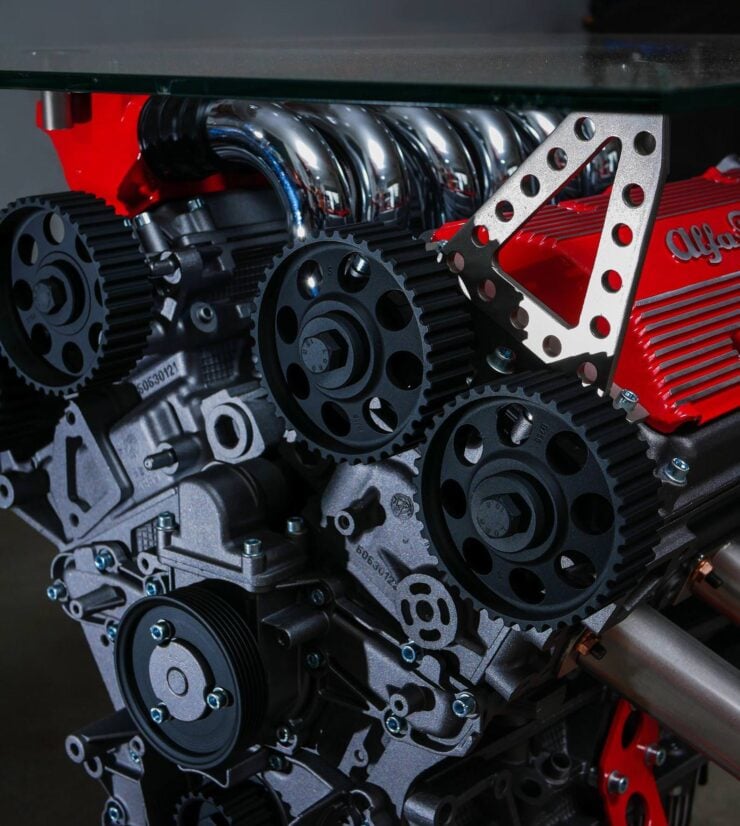 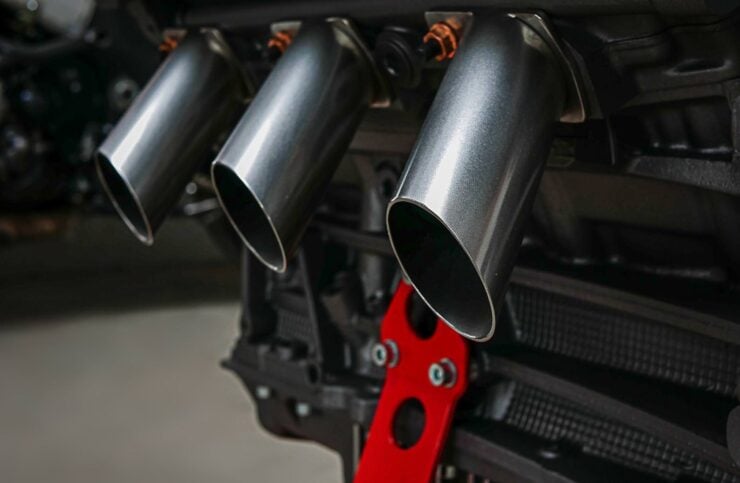 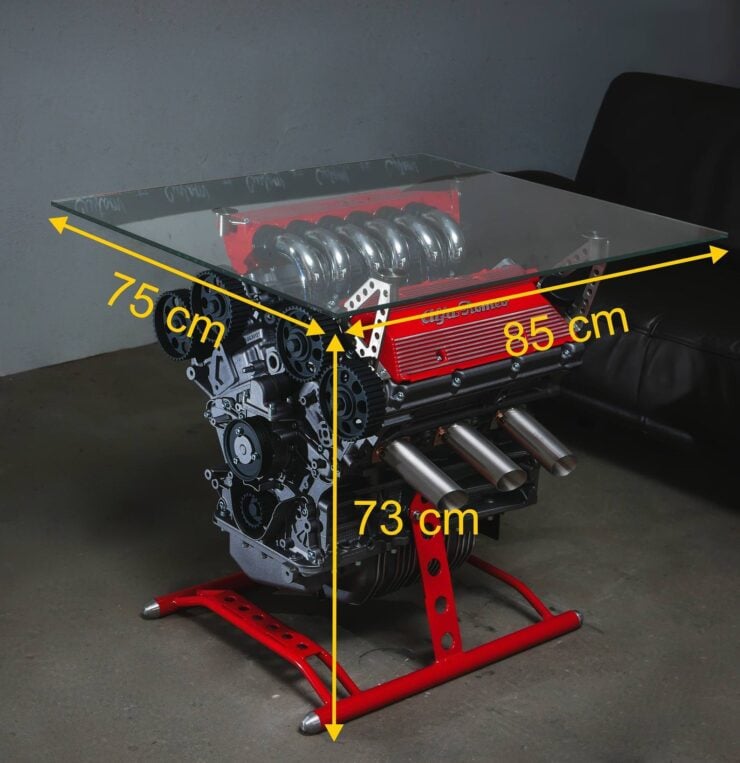 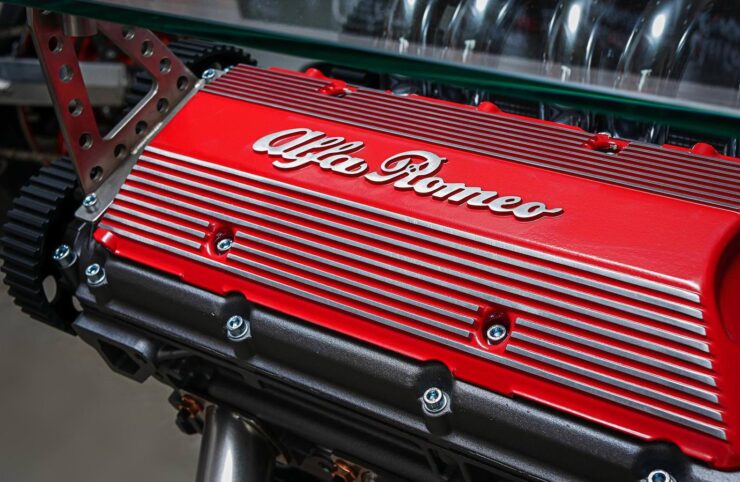 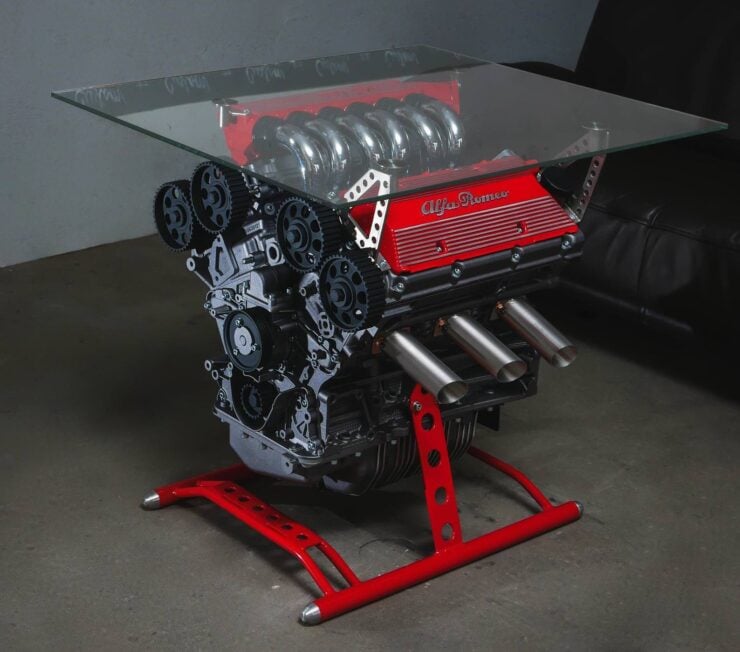 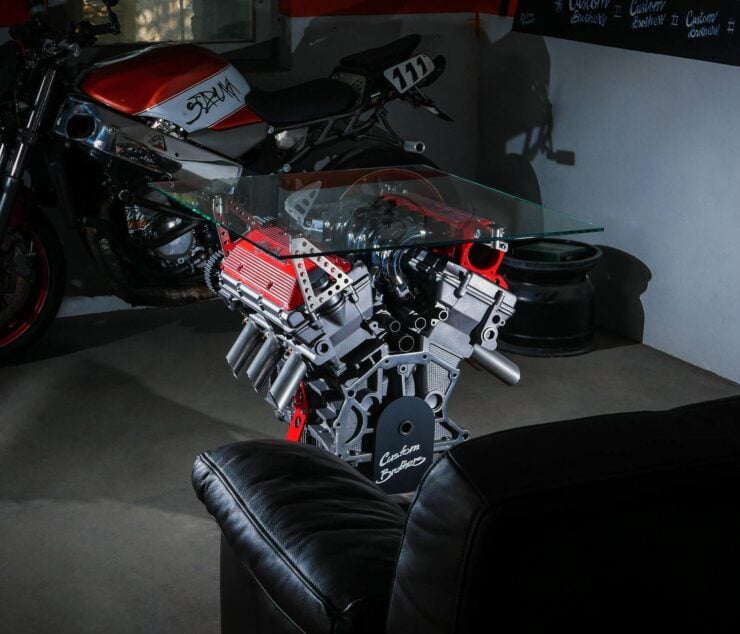