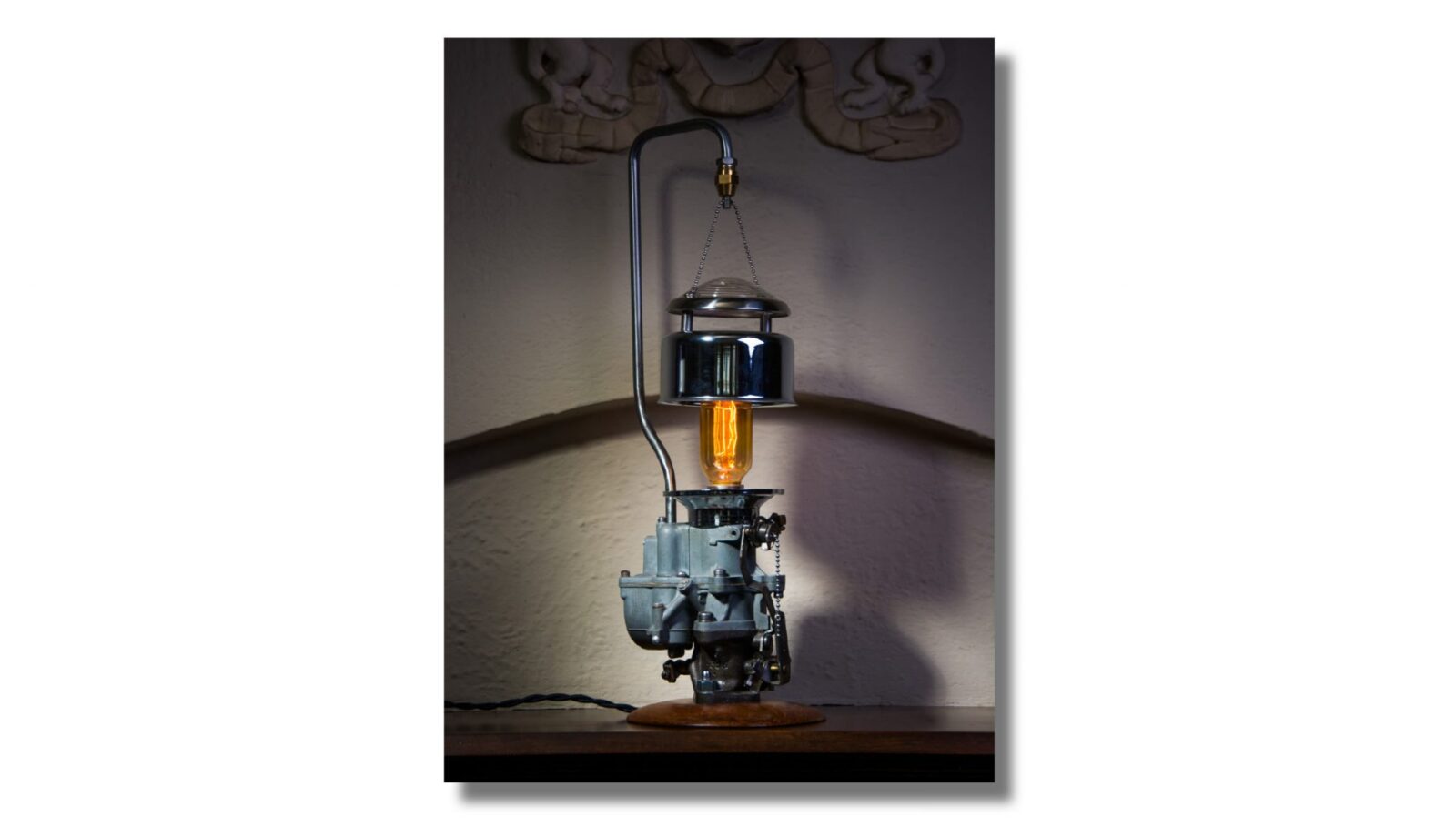 The attention to detail on this lamp is so good it stopped me in my tracks – it’s been so well thought-out that it looks as though it came from the factory like this, though in reality it’s made from parts sourced from a wide array of different vintage vehicles. The carburettor was pulled out of a’50s era Desoto, the glass dome is a 1953 Chevrolet turn signal lens, the shade is a chrome air cleaner and the shade support is an old fuel line.

The lamp is the work of Joe Wislar – amazingly this was his first piece and it’s been so popular he’s now created an entire line of different designs. Joe is an epidemiologist and biostatistician based in Chicago, he’s obsessed with vintage cars and is currently rebuilding a 1965 Econoline that he blew up while drag racing.

If you’d like to see more of Joe’s work you can visit Futility Studios here. 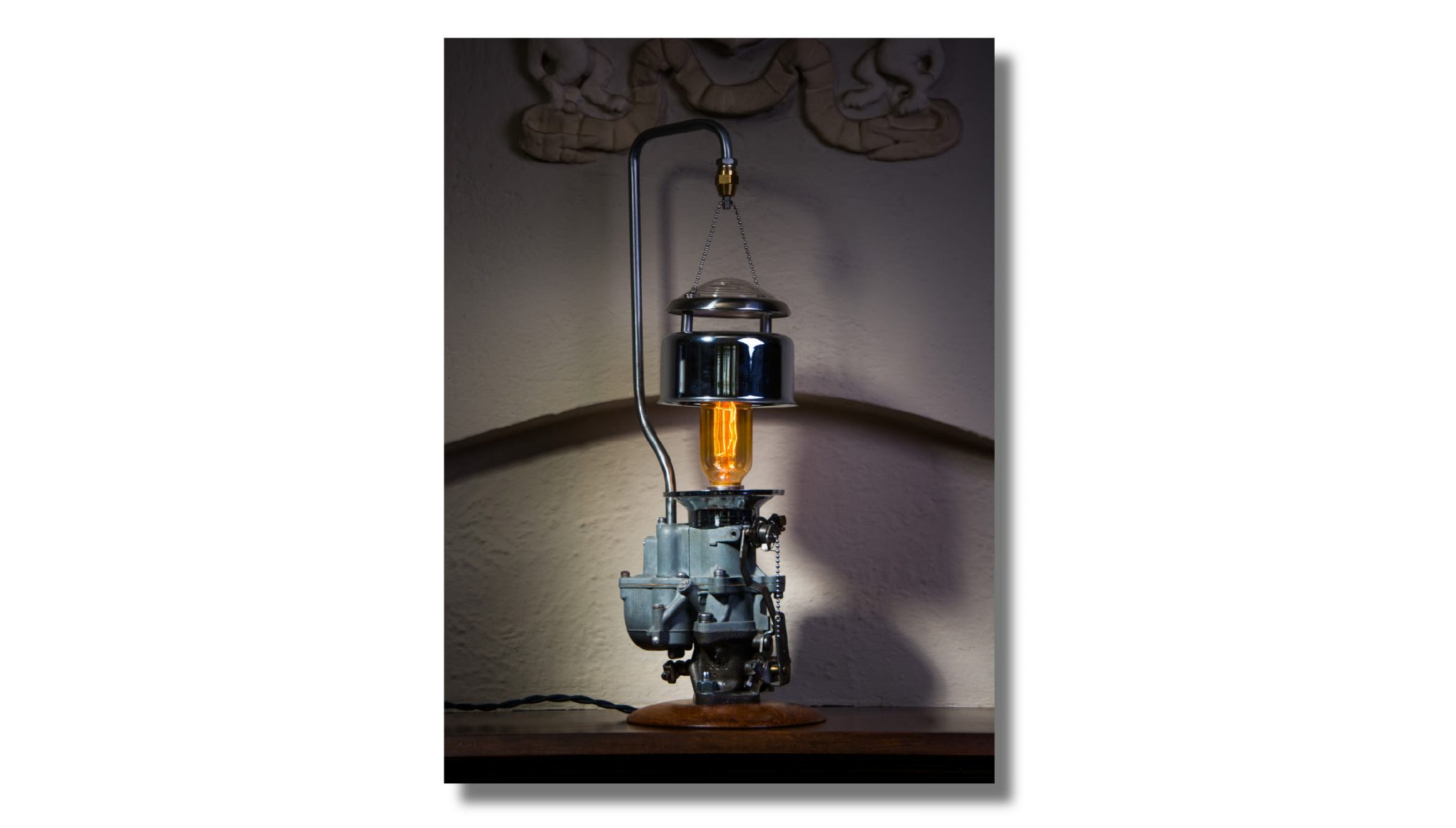