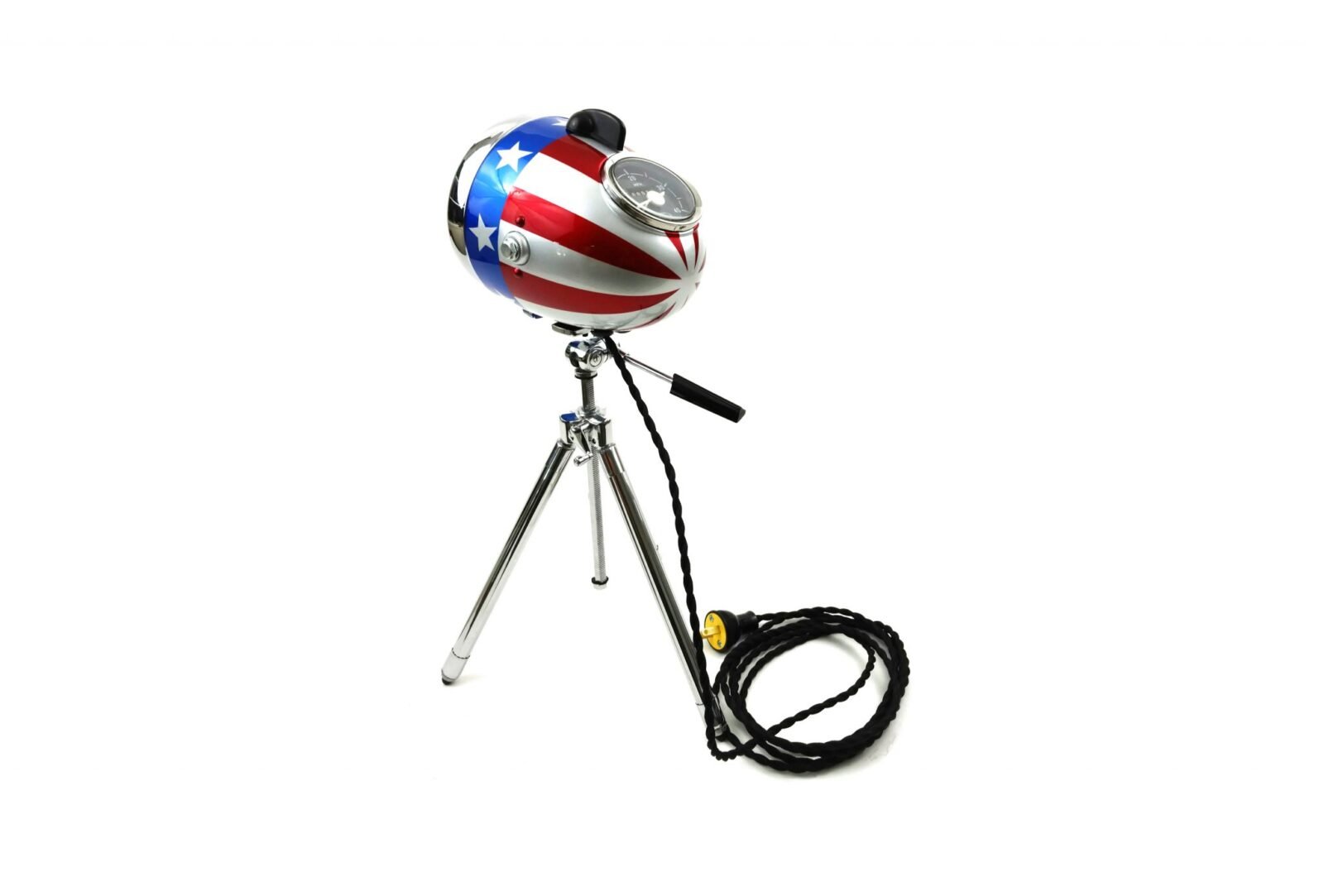 The Modern Weld is a company in Columbus, Ohio that builds lamps from classic motorcycle headlights and vintage photography tripods. They modernize the intervals and wiring, they fit LED bulbs with new cloth covered cords, and they use the original key or ignition switch as the on/off switch for the lamp. 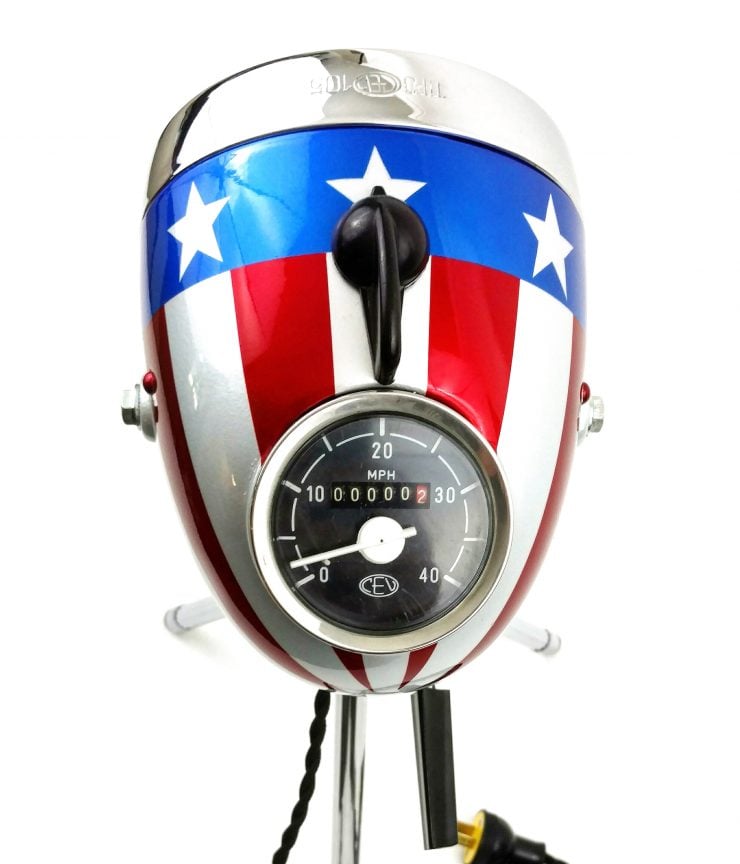 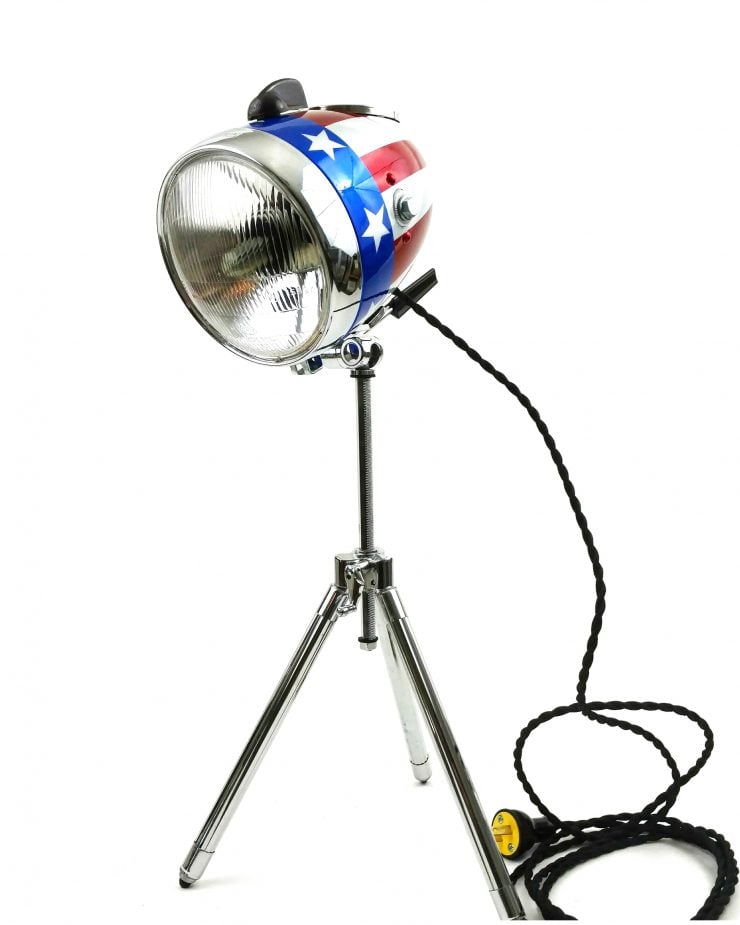 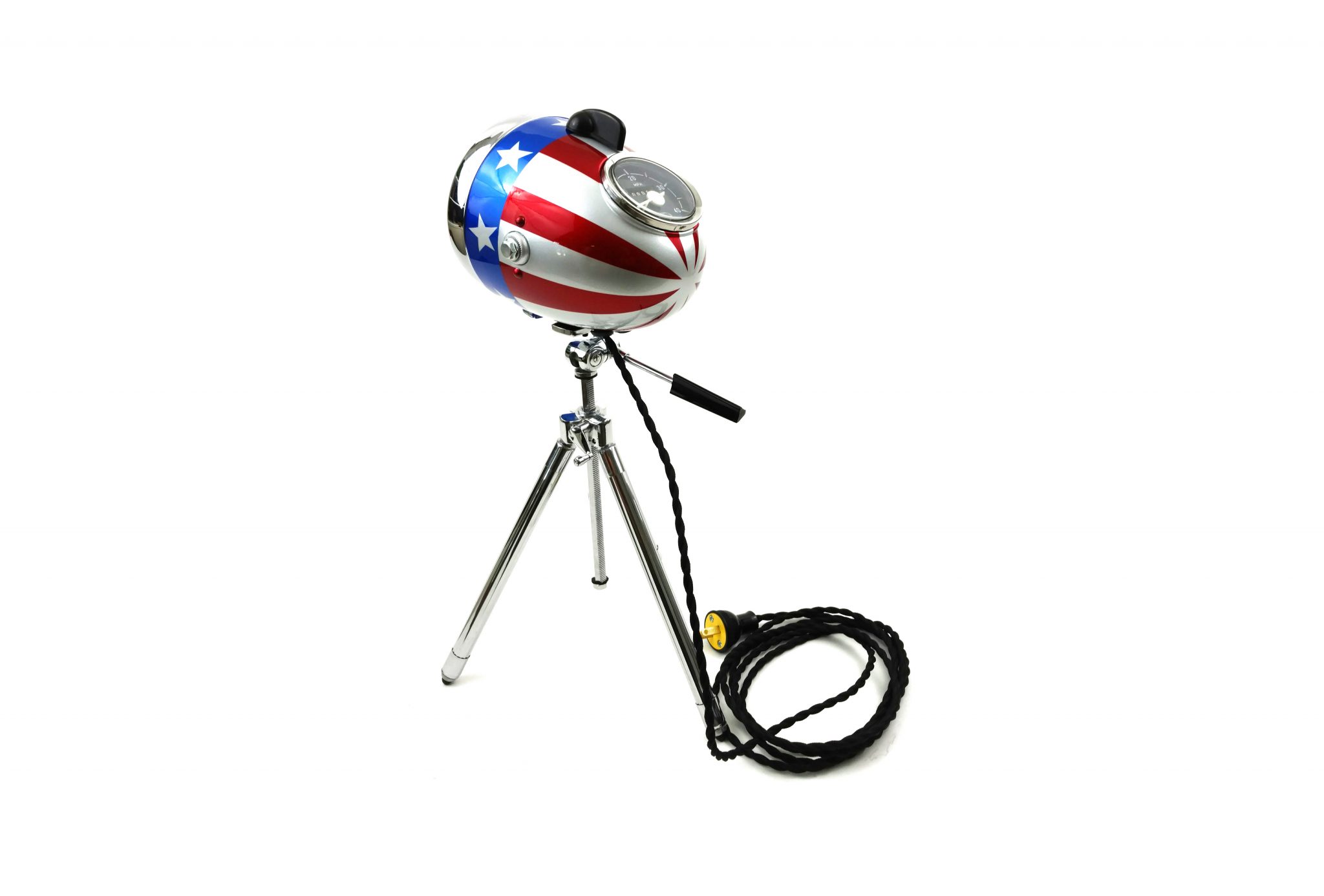