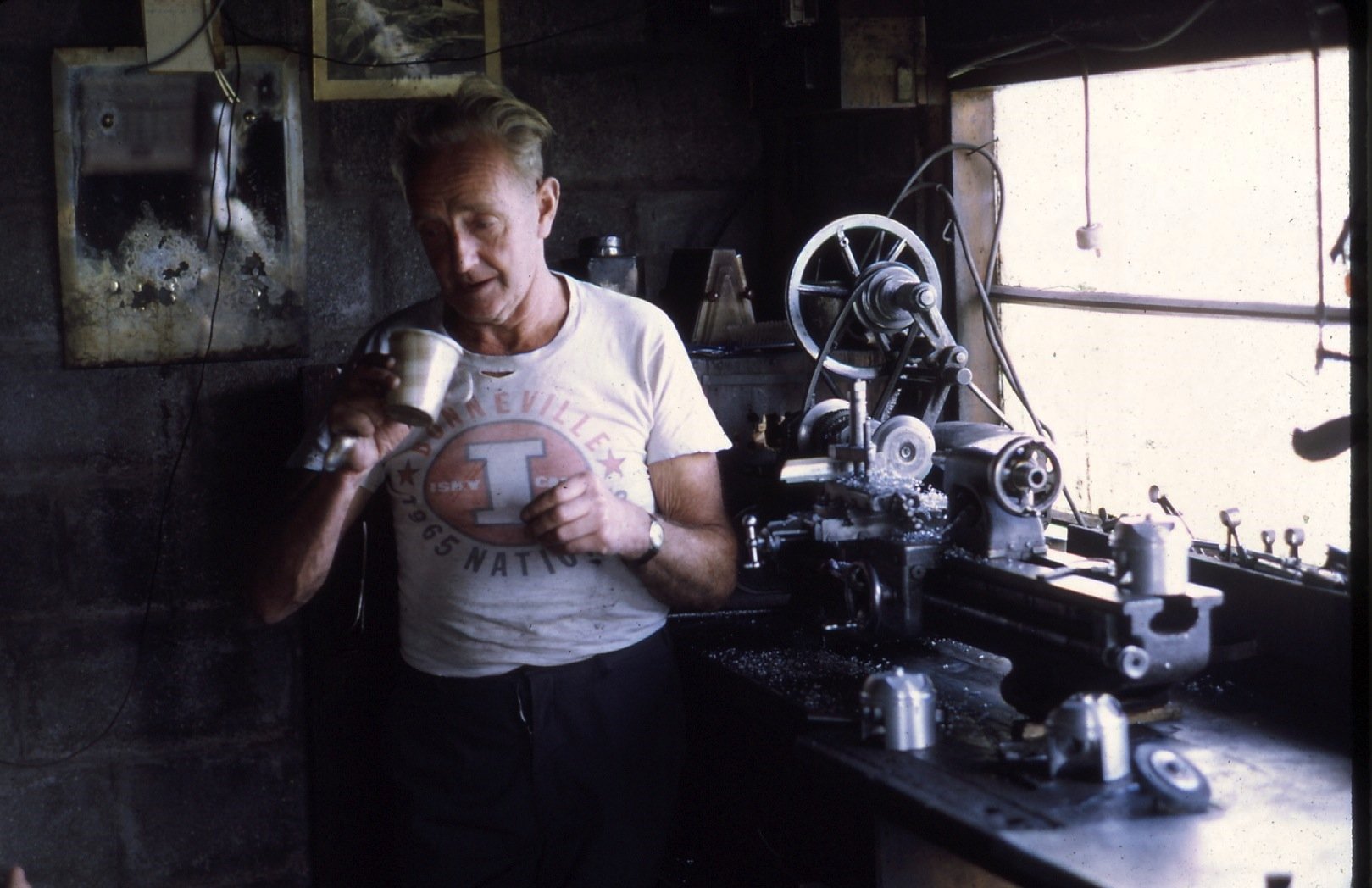 This photograph was taken in Burt Munro’s garage in 1970, in his hometown of Invercargill, New Zealand. Burt’s under 1000cc world record, which he set in Bonneville on the 26th August 1967 still stands today.

If that isn’t amazing enough he set the record on a 1920 Indian Scout after spending 20 years in the above pictured garage modifying it. Burt was immortalised in the 2005 film “The World’s Fastest Indian” in which he was played by Antony Hopkins, if you haven’t seen the film you really should grab a copy. 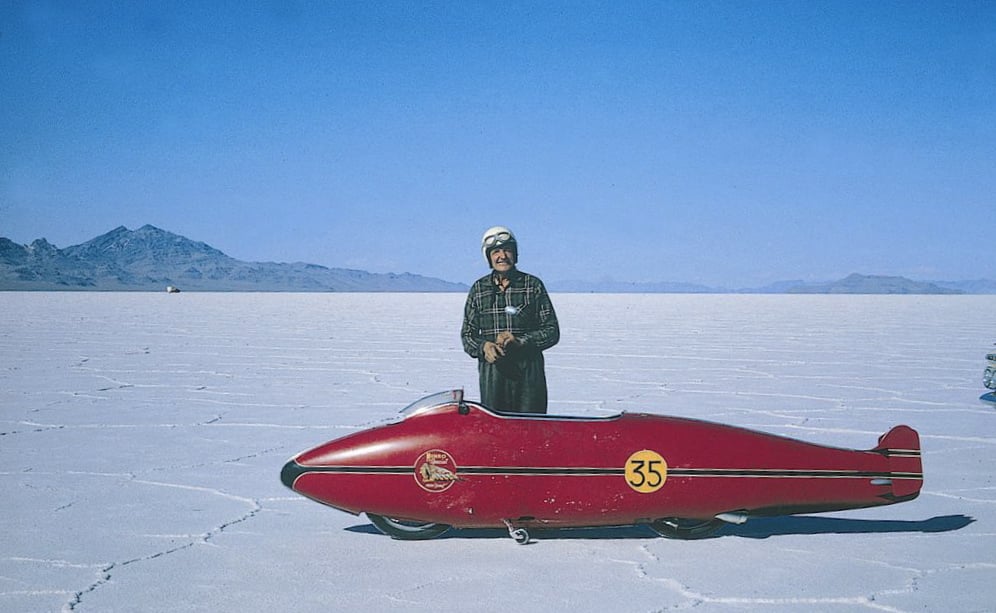