This is the new custom by Deus Bali, it’s leather wrapped surfboard holder is the obvious standout feature, a feature that’ll get plenty of use in it’s new role as a chap called Tim’s primary wave hunter on the volcanic Indonesian island of Bali.

The bike is based on the Yamaha Scorpio, a popular motorcycle across Indonesia, it has a 225cc air-cooled single cylinder engine perfect for the tight, twisty and pot-holed roads of Bali. Deus have added upside down Aprilia shocks, an extended swing arm, the tank, seat and fenders are all handmade and the bike is sitting on chunky dual trek Firestone rubber.

The name “Ulu” is short for Uluwatu, Bali’s most famous reef break. Entrance to the shore at Uluwatu involves making your way down into a rugged canyon and then the reef comes right up to the beach, it’s a hell of a trek but I’ve surfed Uluwatu and trust me when I tell you that the pay off is well worth the tricky walk in.

The bike’s owner lives just above Uluwatu, having clearly made some far superior life decisions to you and I, and now spends his time belting around Bali on motorcycles hunting waves and drinking Bintang. 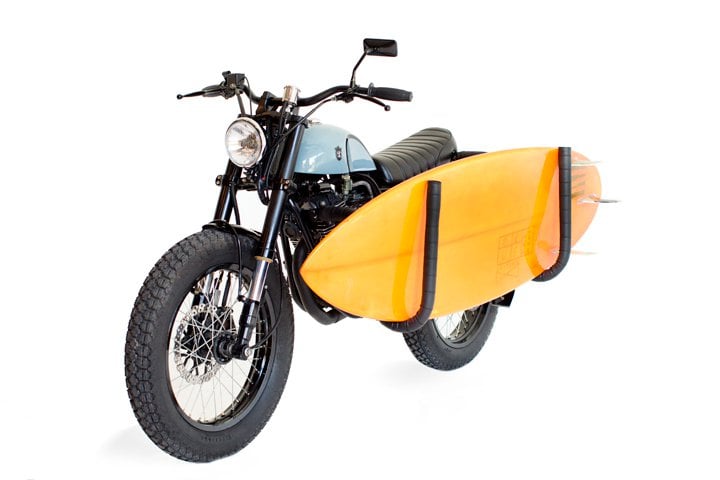 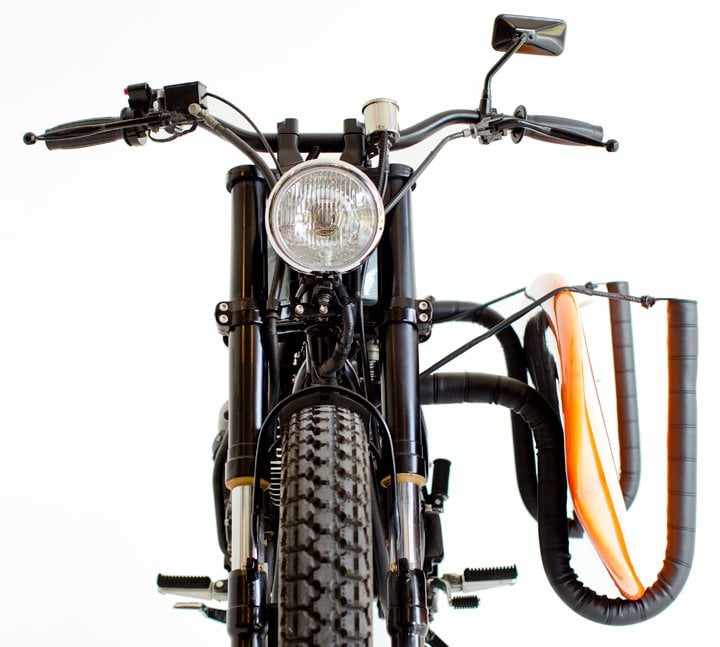 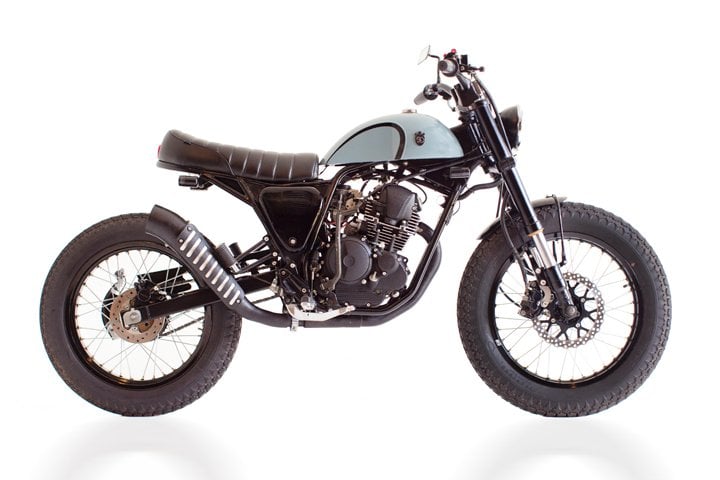 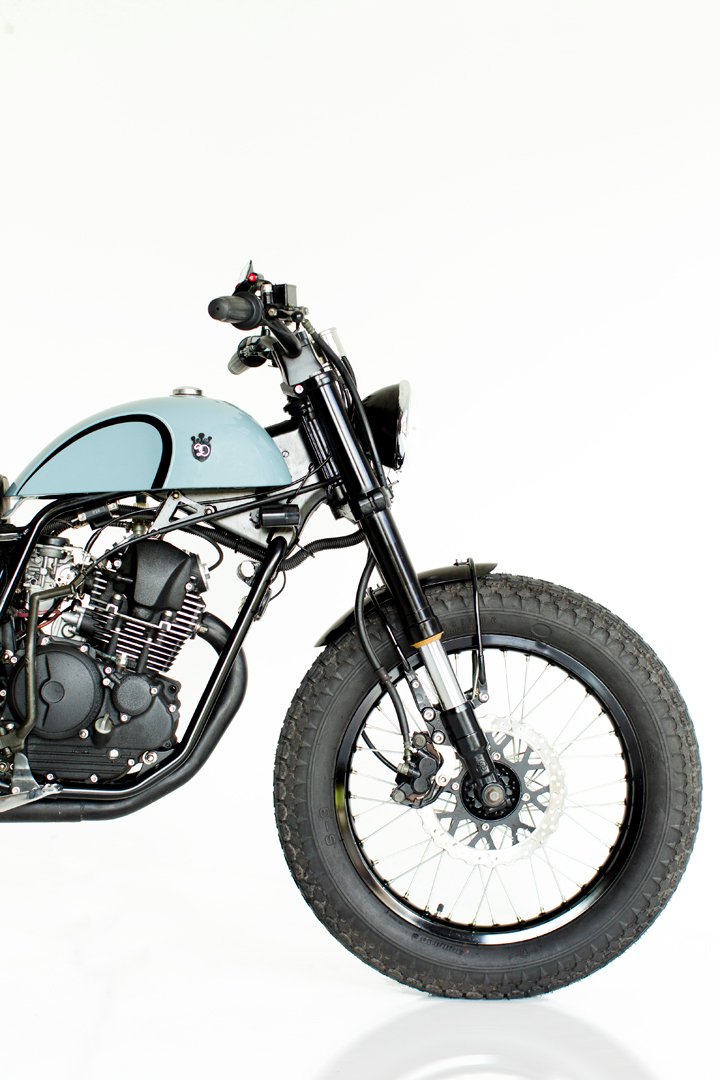 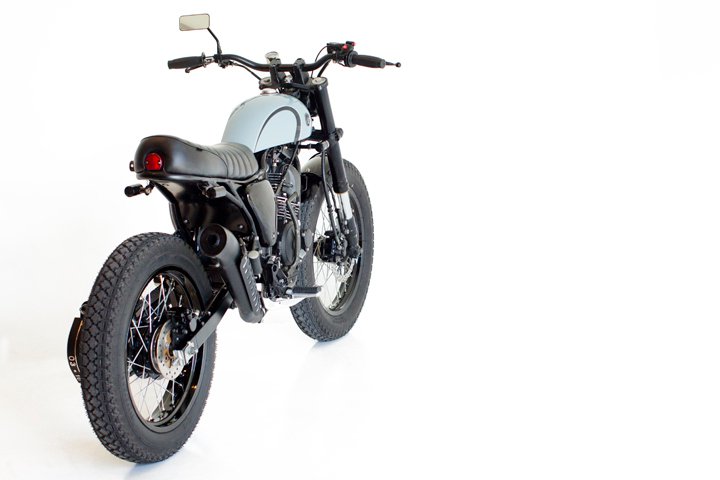 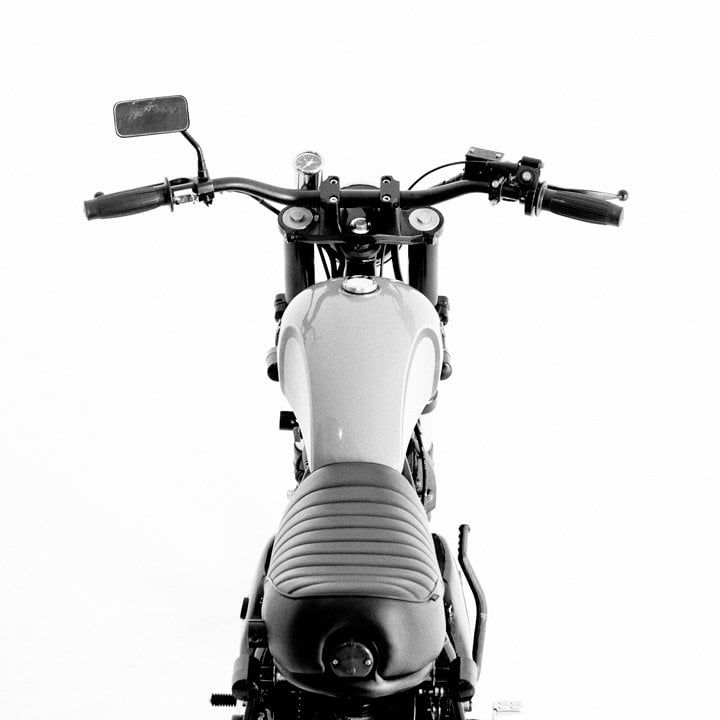 Via The Deus Bali Blog