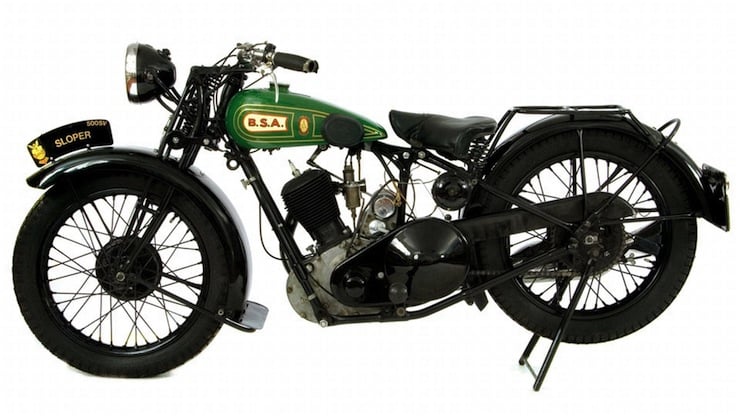 This 1928 BSA 557cc ‘Sloper’ is one of those beautiful pre-war motorcycles that I’d have locked away in my personal collection, if I was someone with the resources of Jay Leno.

Originally released in 1927 the BSA was nicknamed the “Sloper” due to the unusual angle of the engine, most motorcycle engines at the time were either mounted straight or in a “v” configuration. The offset angle of the BSA’s power unit went on to influence a number of other motorcycle manufacturers designs and it’s still a common sight on bikes built almost 100 years later.

The BSA was also fitted with a “saddle tank” designed to allow the rider to sit much lower on the frame and thus lower the centre of gravity, the bike was more comfortable to ride as a result of this and handled a lot better, making it an immensely popular choice up until the model ceased production in 1935.

The Sloper you see here has been a museum piece with the Brooklands Museum since 1998, it’s now coming up for sale at the National Motor Museum Collectors’ Motorcycles Auction due to be held by Bonhams on the 7th of September 2013. The bike’s estimated value is surprisingly cheap at $7,000 to $7,800 USD though it is listed as needing some TLC to get it back on the road and licensed. 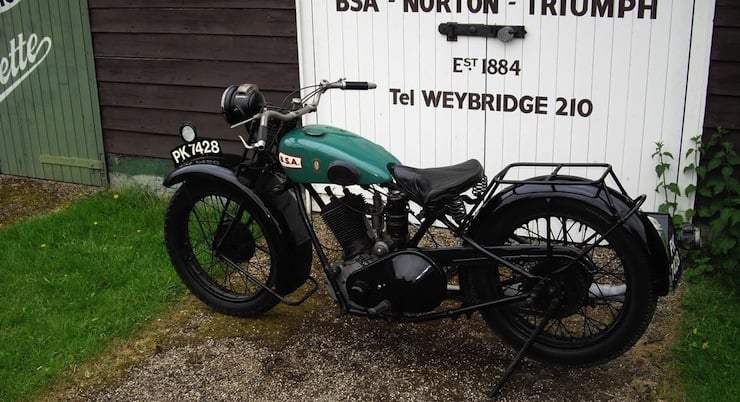 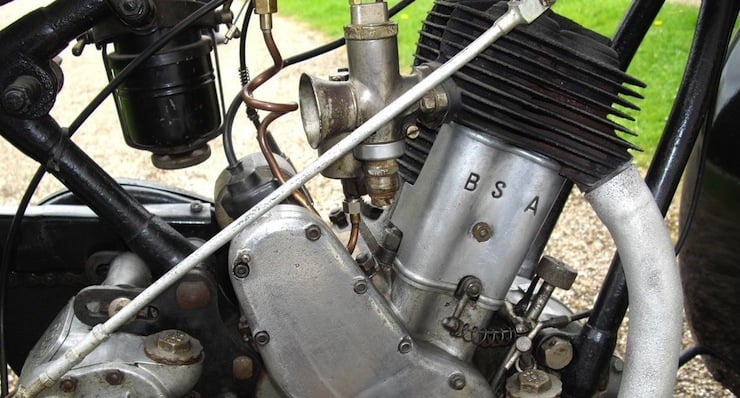 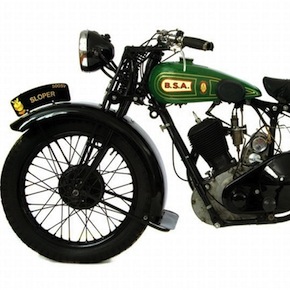