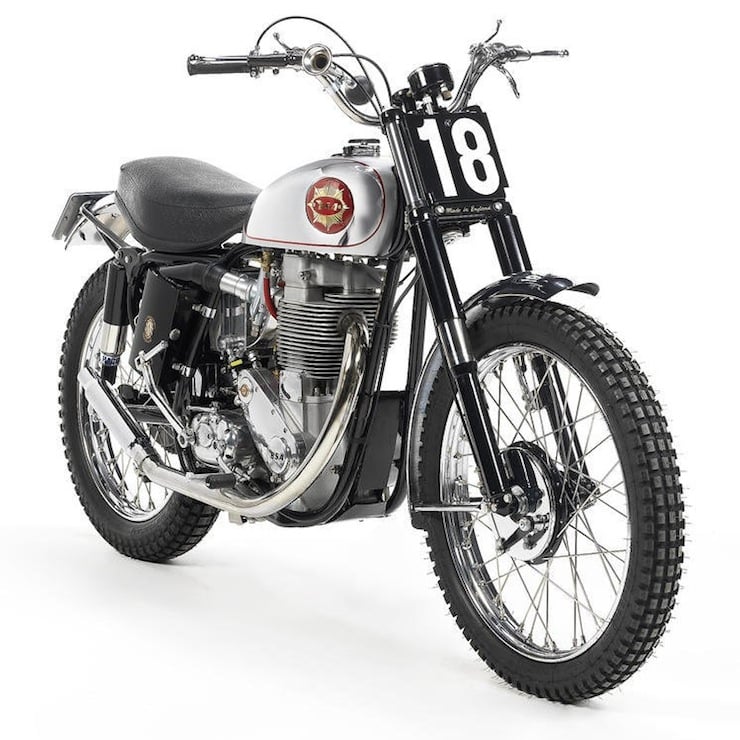 This is an almost mint condition 1961 BSA 499cc Gold Star Scrambler, it’s exactly the sort of motorcycle that many of us (myself included) would consider a perfect weekend bike. The bike started life on the 17th February 1961 and was sold new by BSA works rider Fred Rist through his shop in Neath, Glamorgan. Fred was one of the most well-known riders of the mid-part of the 20th century, he was racing on the BSA-works team against the Germans in 1939 and managed to get out of Germany just before the war broke out (which would likely have left him in an internment camp).

By the time Fred sold this bike in 1961 he had long since retired, the story of the life and times of the bike is lost to the unrecorded annals of history but it was bought and restored in 2006, leaving it today as one of the finest BSA Gold Star Scramblers you’ll find anywhere in the world. It was UK registered in 2008 but hasn’t been ridden apart from some basic on-road rundown testing, this means the buyer will need to be patient enough to take the time to properly run the engine in. 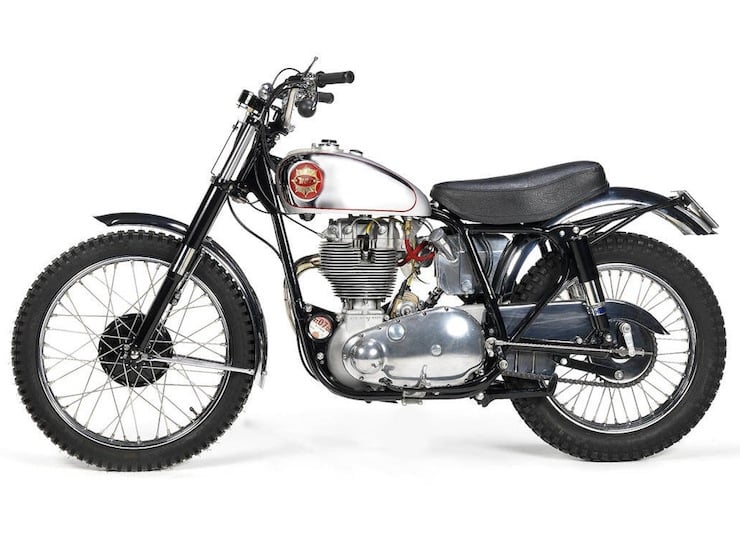 The restoration process included rebuilds of the engine and original scrambler gearbox, blast-cleaning and powder-coating the frame and cycle parts and reconditioning the competition magneto. The fuel tank, mudguards, seat, oil tank, oil filter/housing, fork stanchions, wheel rims and many more minor components are new. A Newby belt primary drive and clutch is fitted in place of the original parts, while since completion the Amal GP carburettor has been replaced with a correct Monobloc.

If you’re in the market for a delightful old scrambler you might want to make your way to the Staffordshire County Showground on the 28th of April 2013 for the Bonhams auction that’ll be featuring this bike. 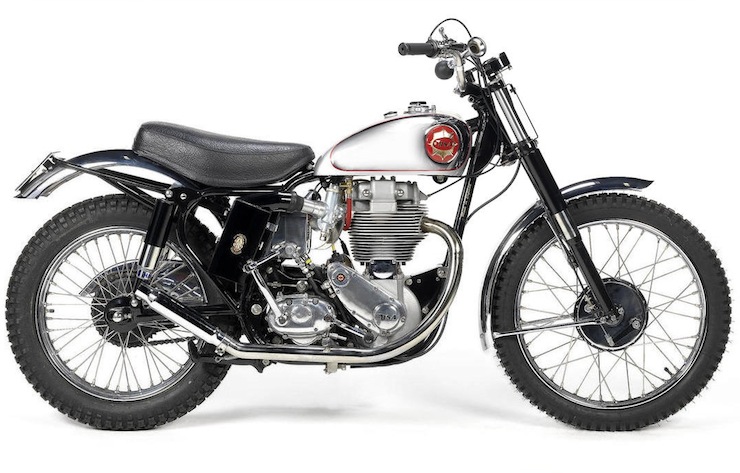 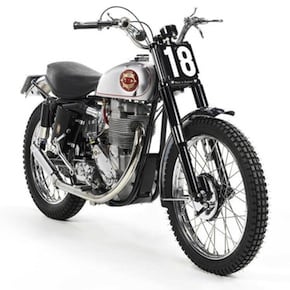