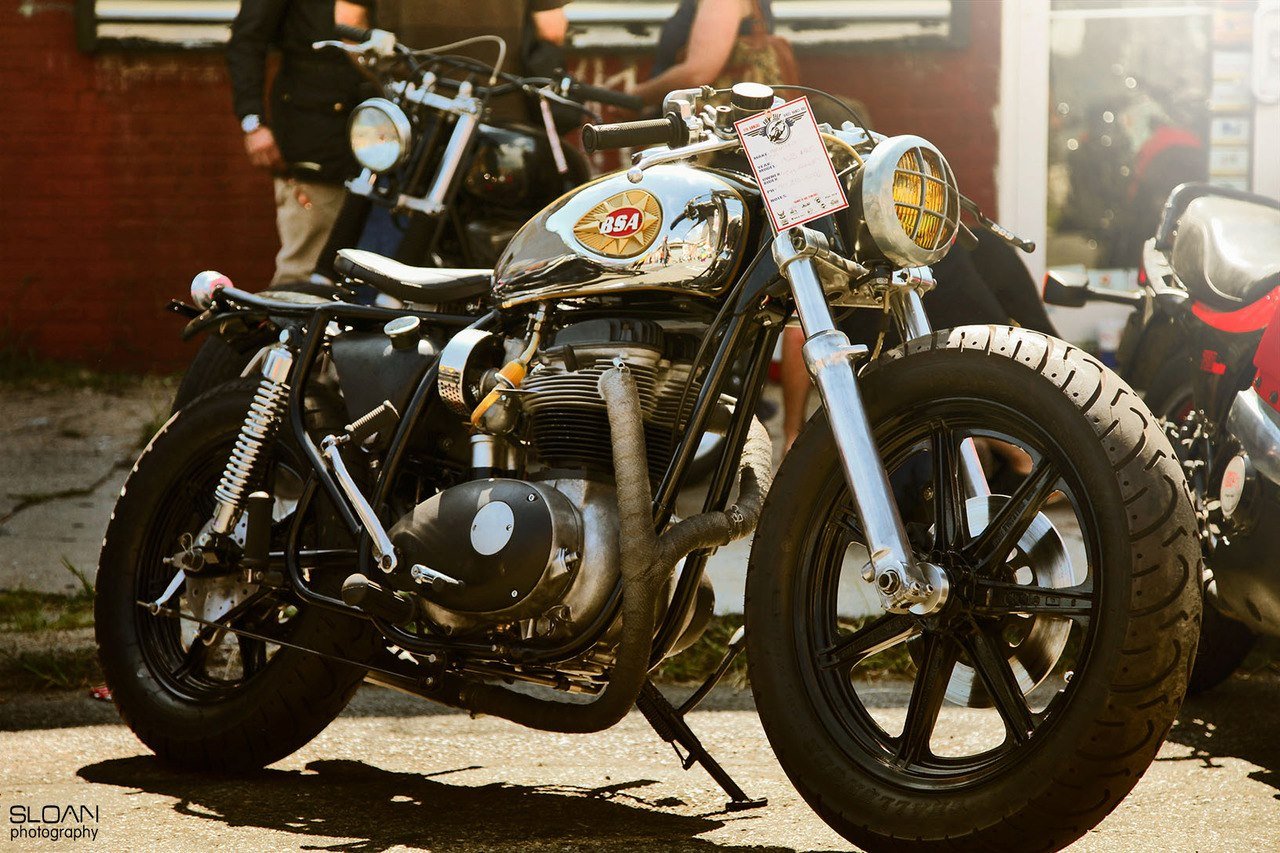 So this post is a request for information about the bike in this picture, we know it’s a custom BSA and we know that it was taken by Brett Sloan Photography. Sadly Brett hasn’t replied to our request for info and so we thought we’d ask our readers if they’ve seen it and what it’s story is.

If you know, tell us all about it in the comments below!

This is a fully functional Bristol Siddeley Viper turbojet engine, it’s the only known example in working condition with an afterburner installed, and it’s currently…

The marriage of the Land Rover Defender and the ubiquitous 3.5 litre Rover V8 first occurred in the 1980s when it was first offered…

This Royal Enfield Continental GT 650 custom was built by Mark Hawwa, a man best known in the global vintage and custom motorcycle world…