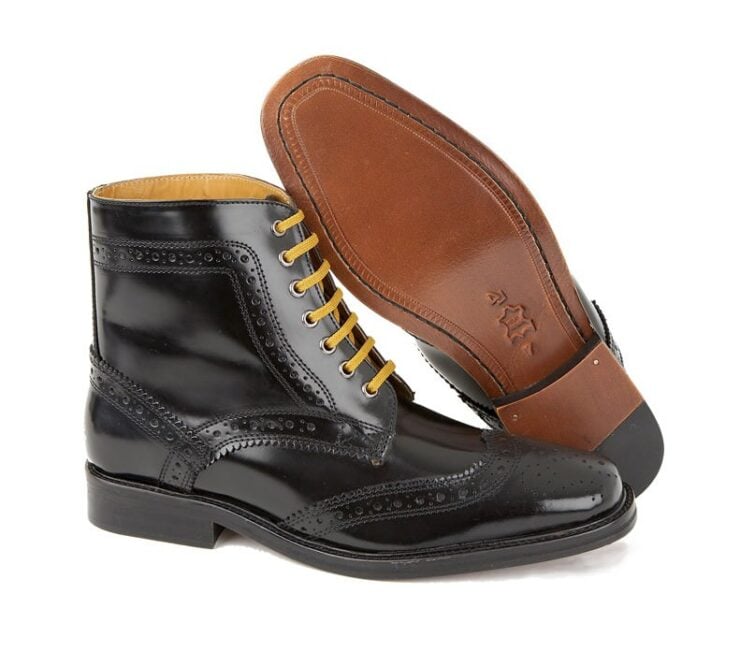 Brogue-styled boots are one of those things that aren’t for everyone, I happen to like them though and this pair from Delicious Junction are amongst the best we’ve seen recently. They have a 100% leather upper, a textile lining and a leather sole, this is the black, high-shine version and they also come in a light brown Oxblood.