This 1980 BMW R100RS Scrambler nicknamed “Sarge” was built by the talented BMW motorcycle custom house Kevil’s Speed Shop. Kevil’s is run by a friendly Brit named Kevin Hill, he founded the shop and has been an avid lover of motorcycles since his father took him to the Bristol Motorcycle Show in the late-70s.

The original 1980 BMW R100RS runs a classic 2 cylinder, 4-stroke, Boxer engine producing 70hp and 76 Nm of torque. Power is delivered through 5-speed transmission via shaft drive and the bike has a total, stock weight of 230kgs.

This scrambler version of the R100RS has seen some well thought-out modifications including a custom 2-into-1 exhaust, a gun-barrel style silencer, a blacked engine with brushed fins, a vintage leather seat and contrasting grips, chunky tires and Ascot green pearl metallic paint.

So far as motorcycles go this is exactly the sort of bike you’d want in the garage when the aliens arrive and we all have to take off into the mountains, that BMW bower engine will still be running reliably in a hundred years time and there isn’t much that can’t be fixed on the bike with a hammer and some duct tape. 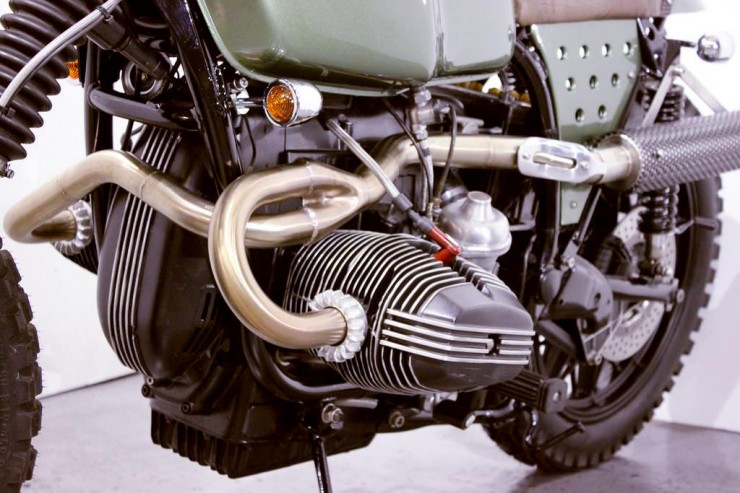 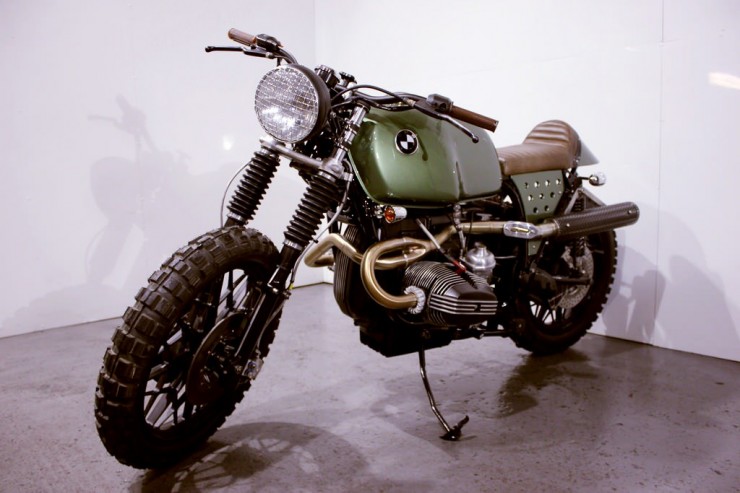 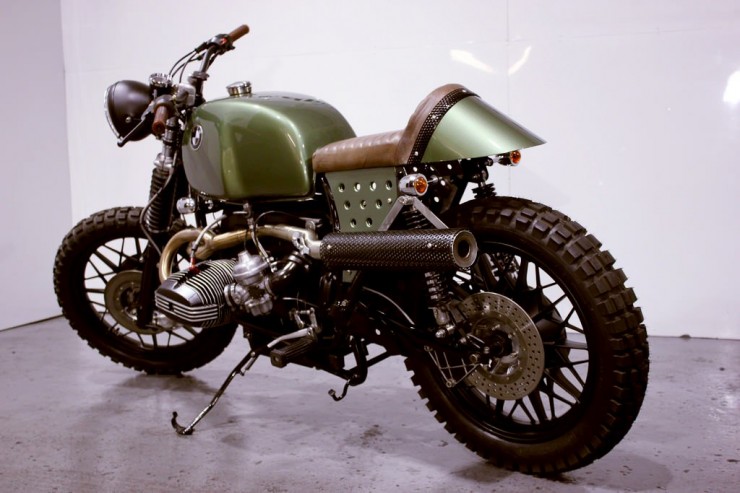 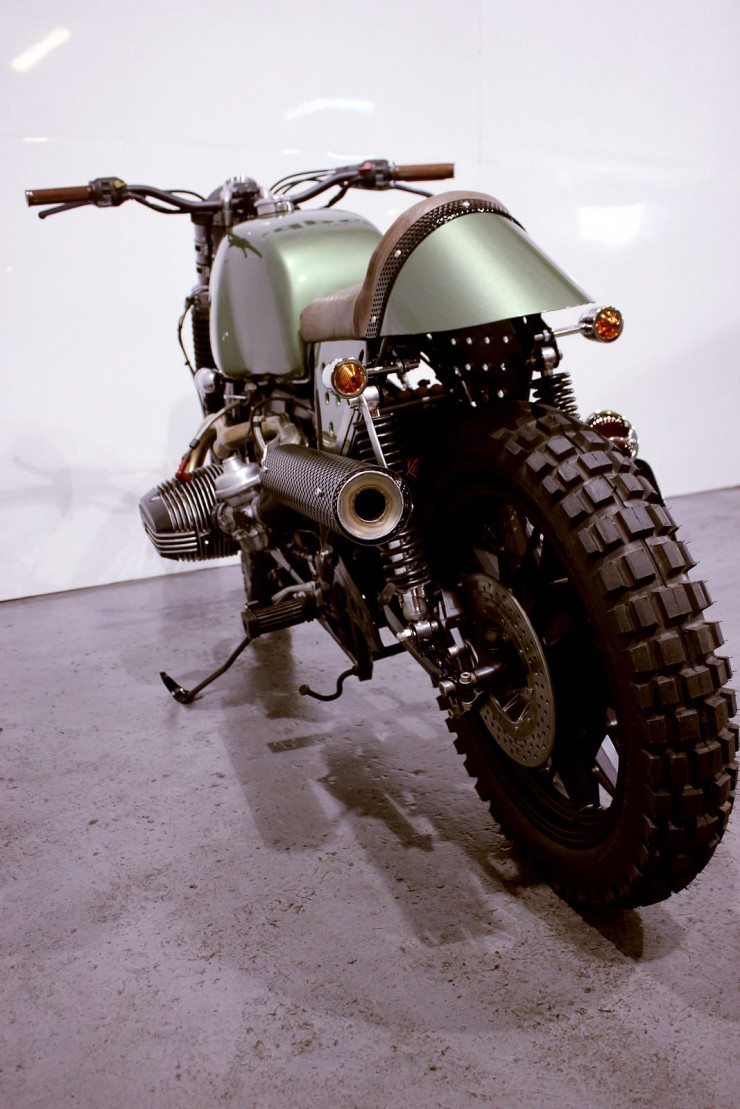 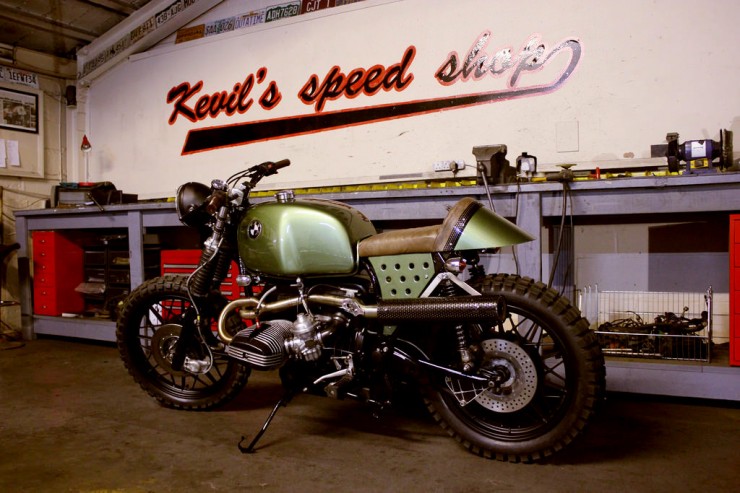 Published by Ben Branch - November 28th 2012
Related Posts
A 1968 Fuji Go-Devil: The Folding Motorcycle That Fits In A Suitcase