The Brockhouse Corgi is the civilian version of the Welbike, a small folding motorcycle developed during WWII to be air-dropped behind enemy lines with commandos, to provide them with a means of transport.

The Welbike was designed to be folded down and rolled into a torpedo-shaped tube which would be dropped by parachute. Once on the ground it would be unfolded, the engine would be started, and soldiers could use them to cover far more ground than they could on foot.

The Welbike – A Minibike For British Commandos

Wars are often times of rapid technological development and innovation, the Welbike was one of these technological innovations and it would prove highly influential, major manufacturers would be building folding scooters inspired by the Welbike well into the 1980s and beyond. 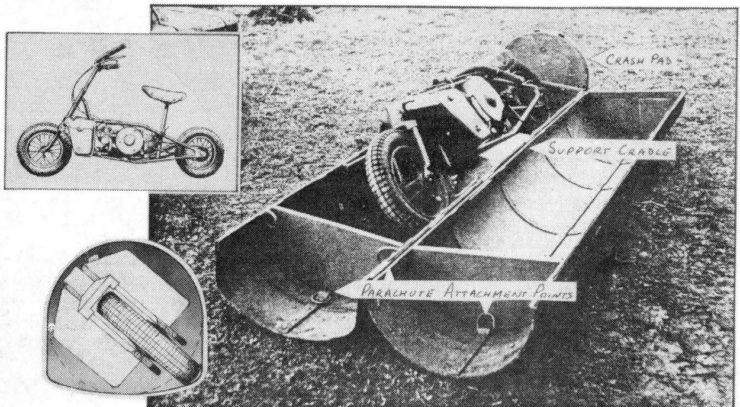 These images show the Welbike as well as how it folds down and fits into the CLE Canister for parachute deployment.

The Welbike was one of these innovations, it was developed by a British motorcycle enthusiast named Harry Lester, based on an idea from Lt. Colonel John Dolphin – the Commanding Officer of Station IX, the secret Inter-Services Military Research Establishment.

With its simple tubular steel frame, 98cc single-cylinder two-stroke push-start engine, and low kerb weight, the Welbike was used both by commandos and as airbase transport for regular soldiers and airmen throughout the war.

Station IX was essentially a real world version of James Bond’s Q Branch, and may have been part of Ian Fleming’s inspiration for creating both Q and Q Branch (later called Q Division). Station IX was based in a mansion called “The Frythe” located an hour’s drive north of London, near the town of Welwyn. 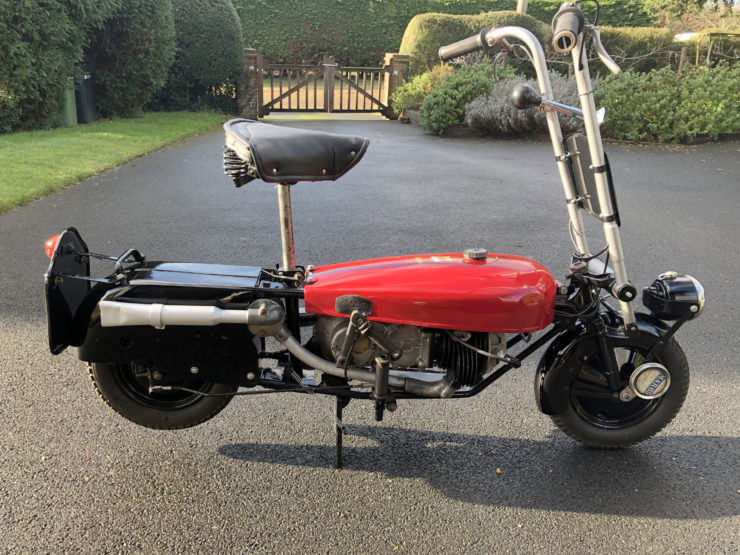 Over 27,000 examples of the Brockhouse Corgi were made, they fulfilled much the same market niche as scooters from companies like Vespa and Lambretta.

Inventions from Station IX would mostly be given the prefix “Wel” has a hat tip to Welwyn, where many of the station’s staff spent their time off.

Among the many inventions to come out of Station IX were:

The Brockhouse Corgi was developed on the Welbike platform immediately after WWII. 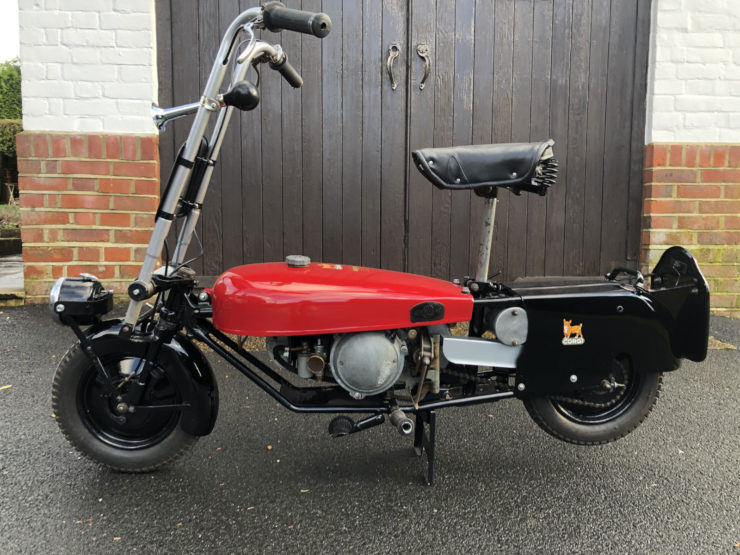 Compared to the Welbike, the Corgi has thicker, stronger frame tubes, a larger fuel tank, a more comfortable saddle, and later Mark II versions got rear mud guards and kickstarters.

A number of modifications were made to the Welbike to make it better suited to regular civilian use, the frame was made stronger and heavier as weight was no longer an issue, a larger fuel tank was fitted, and the second generation version of the Corgi (known as the Mark II), was given a kickstarter and a rear mud guard.

A version of the Corgi was produced for Indian Motorcycles in the United States, it was finished with dark maroon paintwork and called the Indian Papoose.

The Brockhouse Corgi would remain in production from 1946 until 1954 with over 27,000 made in total. The scooter was cheap to buy and run, and it used very little fuel which made it ideal for use in post-WWII Britain given the supply shortages and austerity that defined the era.

There is a Brockhouse Corgi club open to members from around the world, the club is dedicated to keeping the Corgi in production for decades to come.

The Corgi you see here was fully restored in 2019 by a Corgi enthusiast, it’s listed as running and riding very well, and it’s road registered in the United Kingdom. 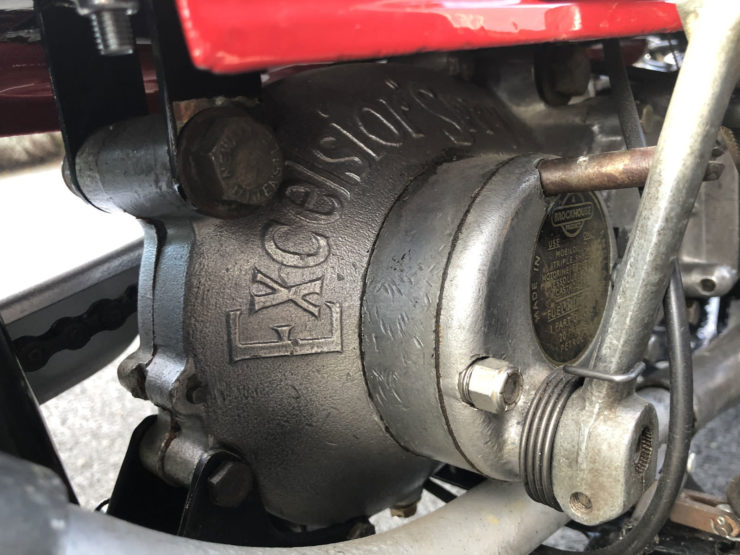 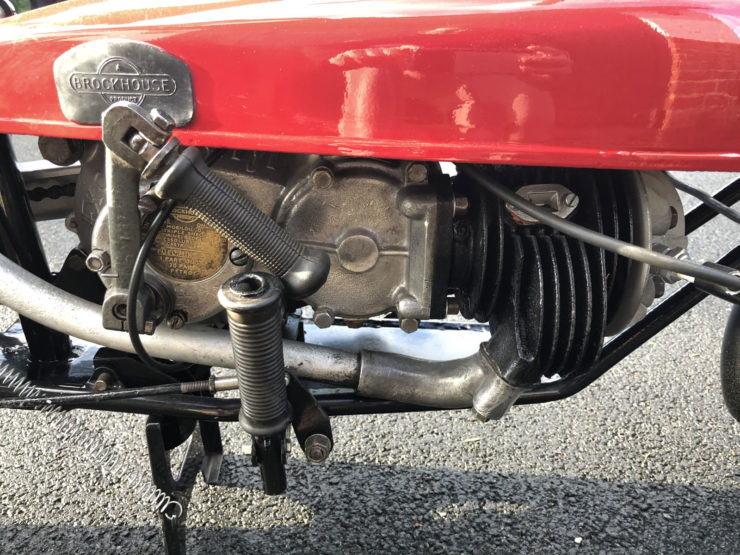 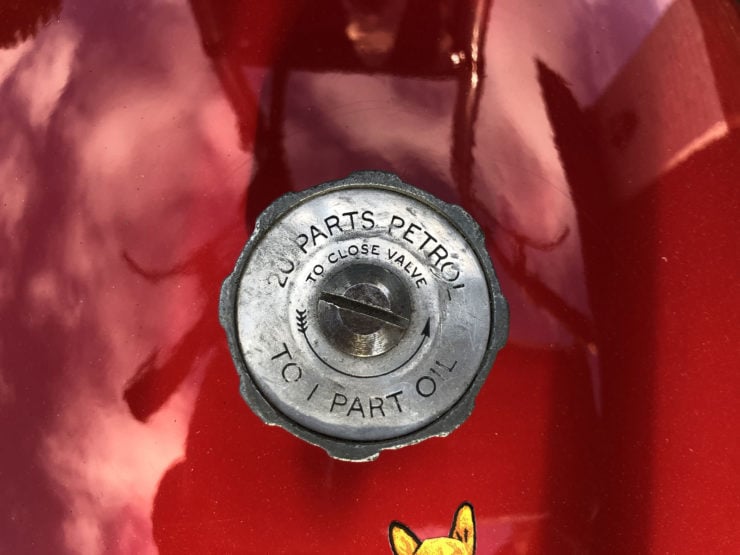 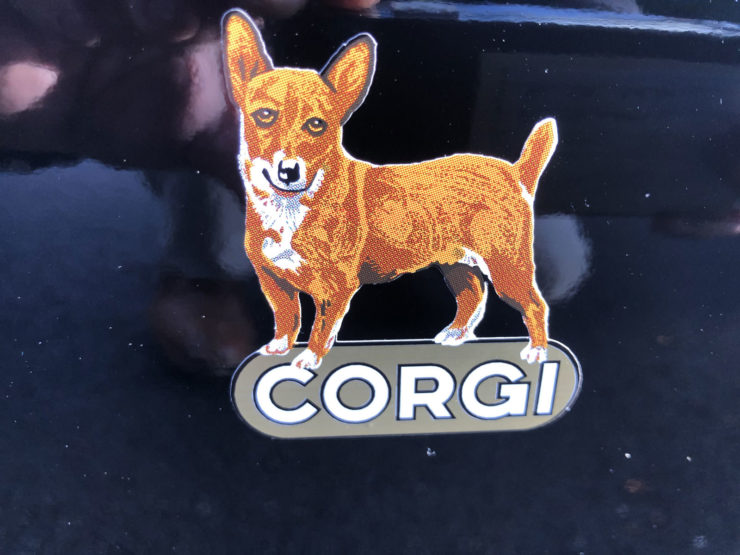 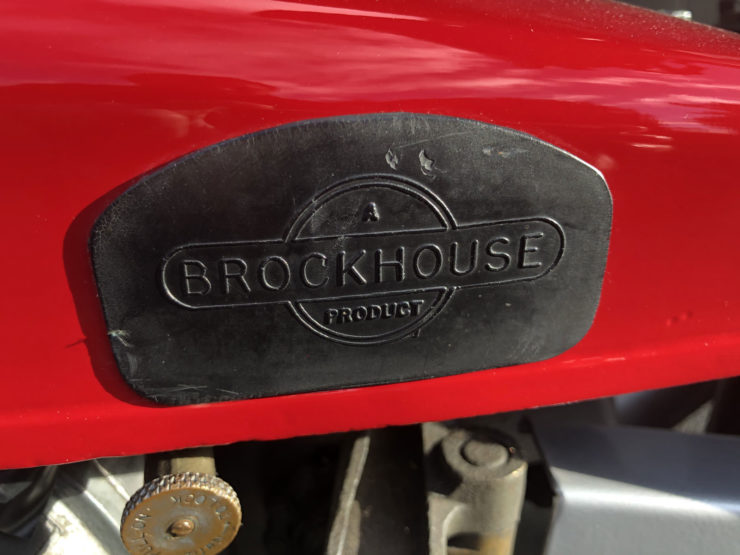 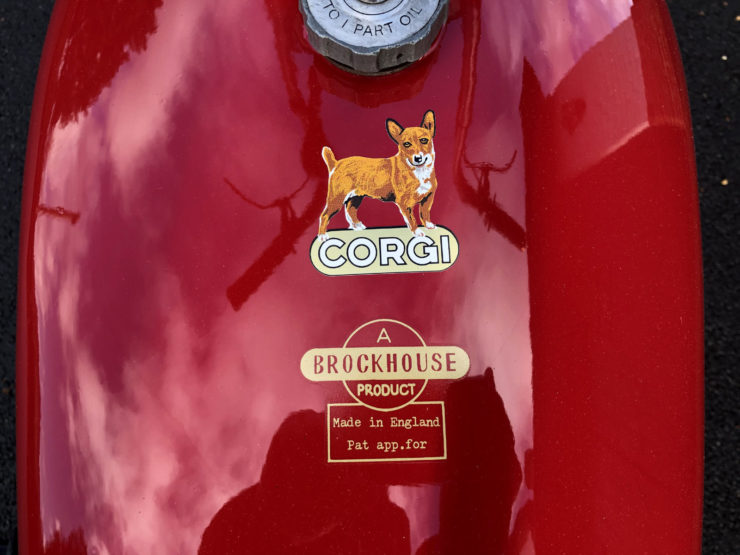