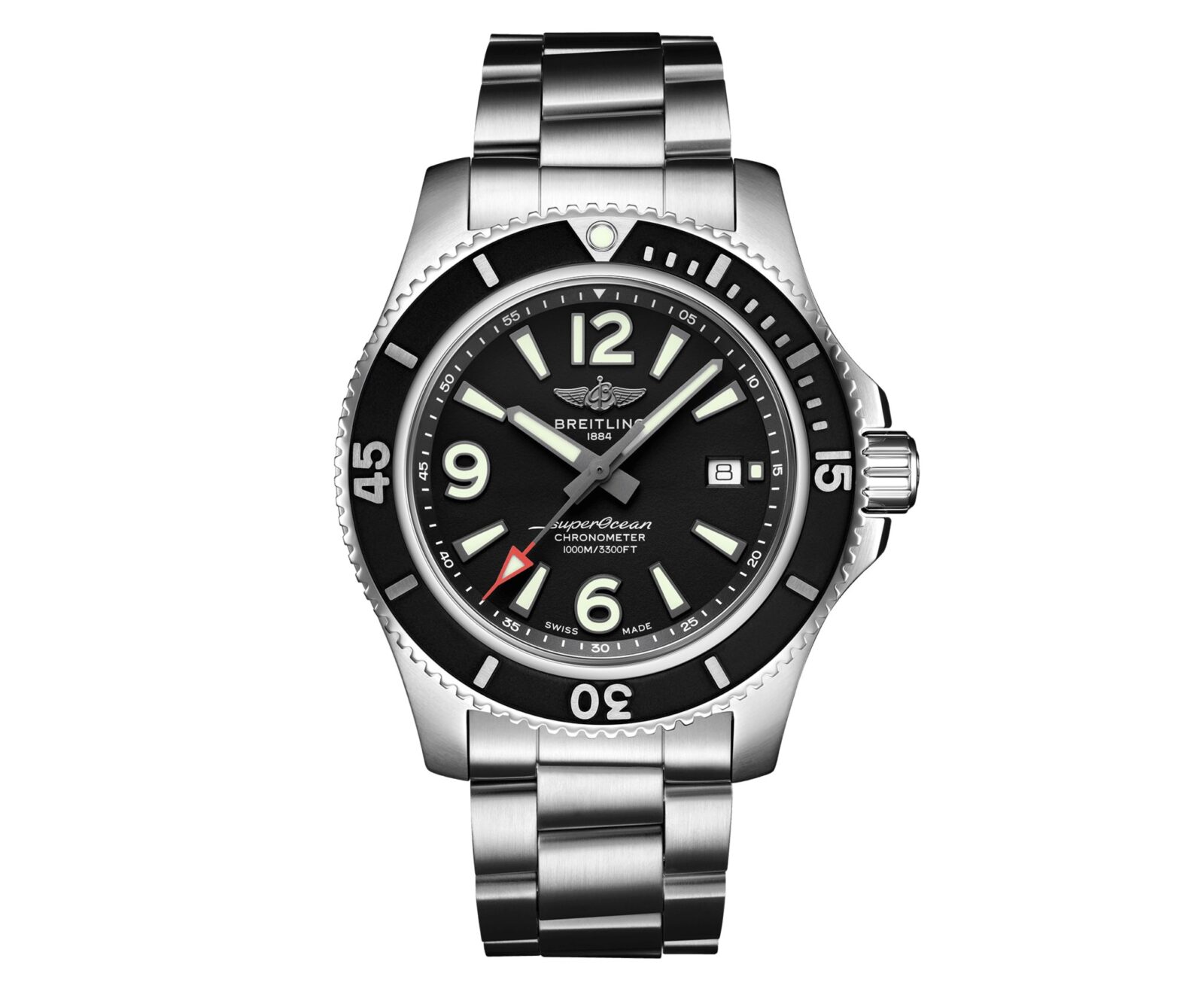 The Breitling Superocean Automatic 44 is one of the newer offerings in the Superocean dive watch model family. Many associate Breitling with their popular aviation watches but they’ve been selling Superoceans since the 1950s and this modern generation is depth rated to a remarkable 3,300 ft.

Breitling was founded by Léon Breitling in Saint-Imier, Switzerland in 1884, just two years before Karl Benz would patent his world-changing Benz Patent-Motorwagen, now widely considered to be the first production automobile.

Léon Breitling initially made pocket watches they became known for their reliability, and over the course of the 20th century the company would form their two major model lines: the Navitimer range and the Superocean range.

The Breitling Navitimer is famously loved by Jerry Seinfeld who wore one in almost every episode of the Seinfeld TV series, interestingly he still owns them all today. 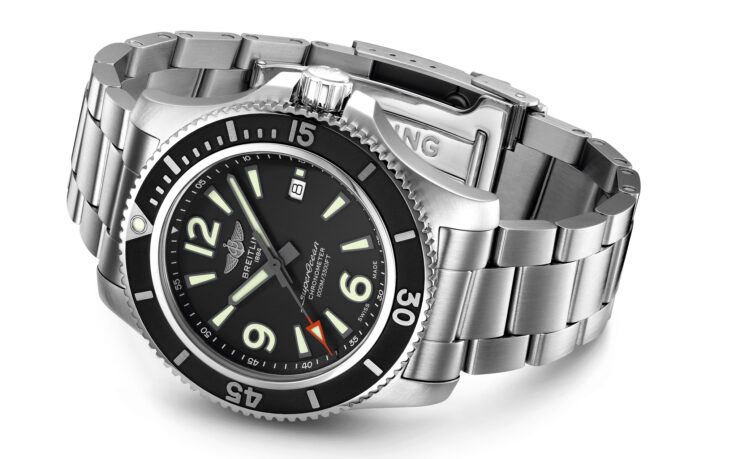 James Bond also used watches from the Swiss company, he was assigned a Breitling Top Time by Q in the 1965 James Bond movie Thunderball which had been equipped with a geiger counter. The watch played a key role in the film, as Bond uses it to track down two stolen nuclear warheads.

The Breitling Superocean Automatic 44 is a modern version of the company’s dive watch offerings, with a clean, bold design that uses the Breitling 17 caliber. This movement is an automatic (self-winding) mechanical caliber with a 38 hour power reserve, 28,800 v.p.h, and 25 jewels.

The watch itself has a stainless steel case with a screwed in case back, it has a unidirectional, ratcheted bezel, a screw-locked crown with two gaskets, and it’s topped with a convex sapphire crystal which has been glareproofed both sides.

As the model name suggests, the watch comes with a 44mm diameter, however there are smaller and larger versions on offer, from a 36mm model all the way up to a 48mm. 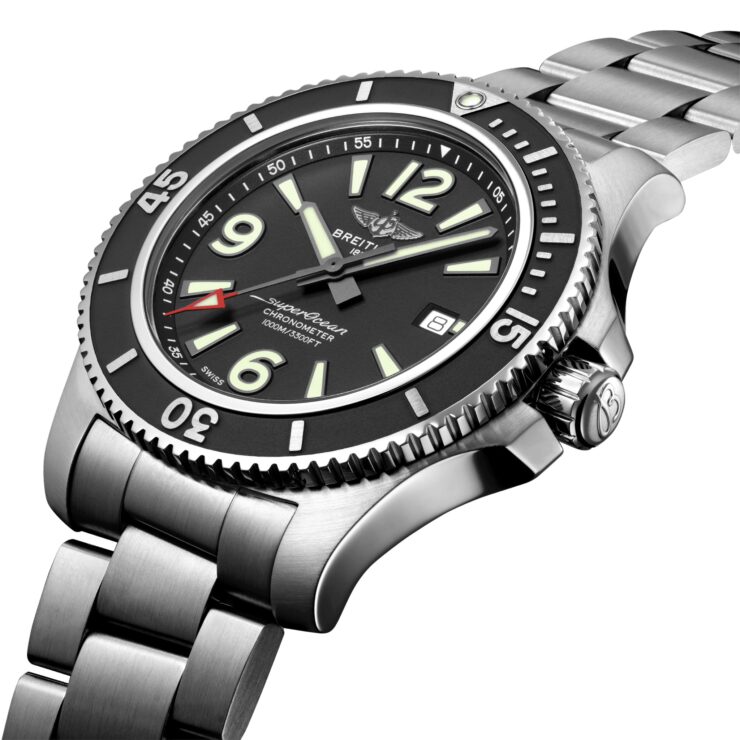 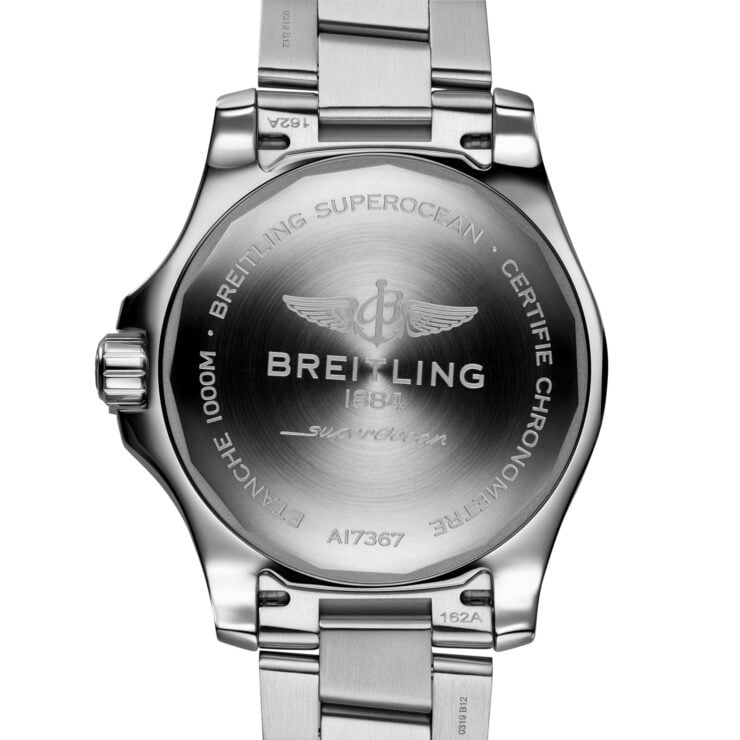