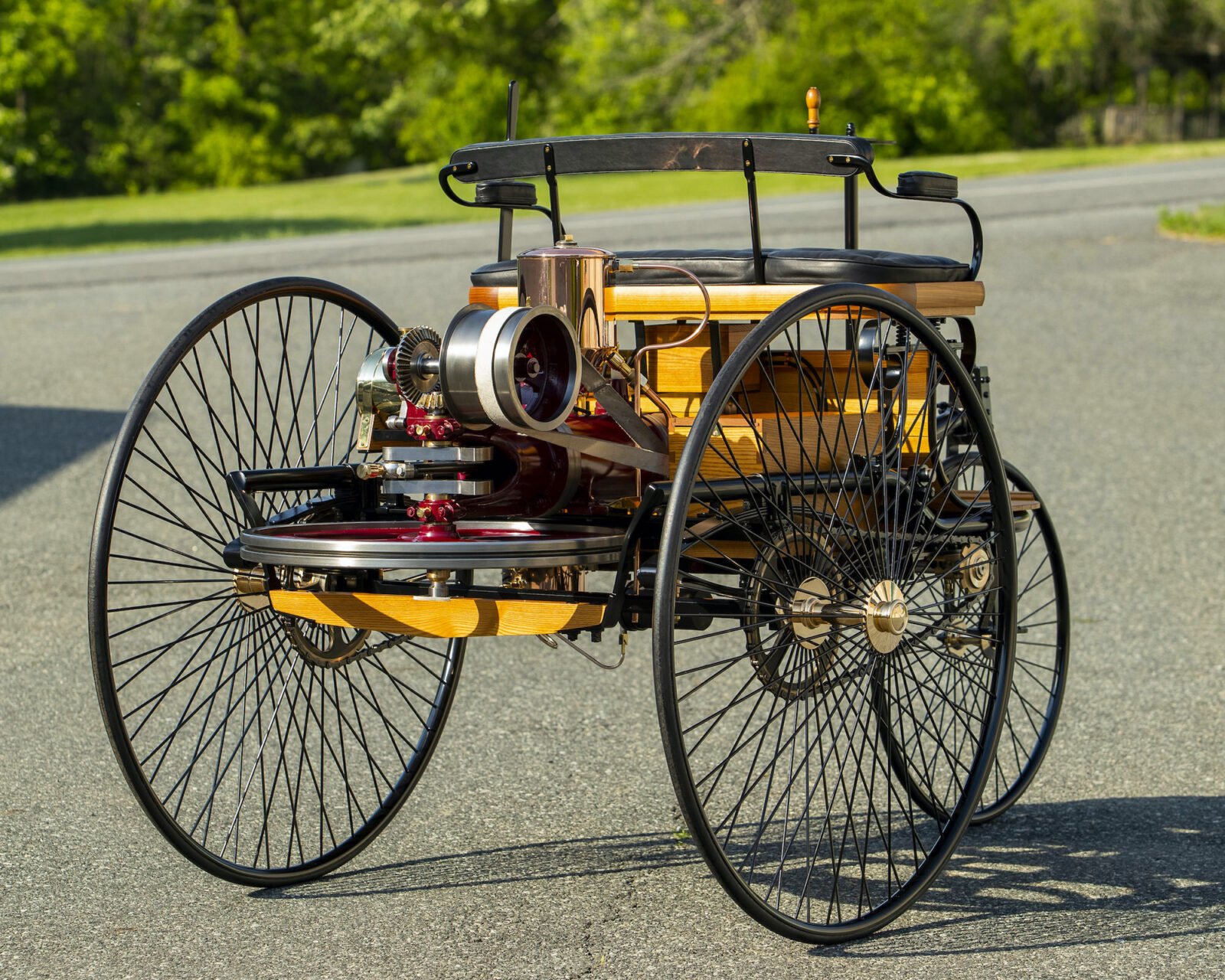 This is an exact reproduction of what is widely regarded to be the world’s first production automobile, the Benz Patent-Motorwagen. It was built by John Bentley Engineering of England to exacting standards, so exacting in fact that Mercedes-Benz Classic commissioned 100 of them to be built for publicity and display purposes.

Although many expect it to just be a static model, this simple automobile is 100% operational and drivable – each was driven after it was built to test it, and then the wheels and tires were changed with new clean examples for display.

Karl, Bertha, and the Benz Patent-Motorwagen

The chronicle of Karl Benz’s invention of his Benz Patent-Motorwagen cannot be told without much of the story also being devoted to his wife Bertha Benz, without whom it’s unlikely that the Patent-Motorwagen would ever have been built. 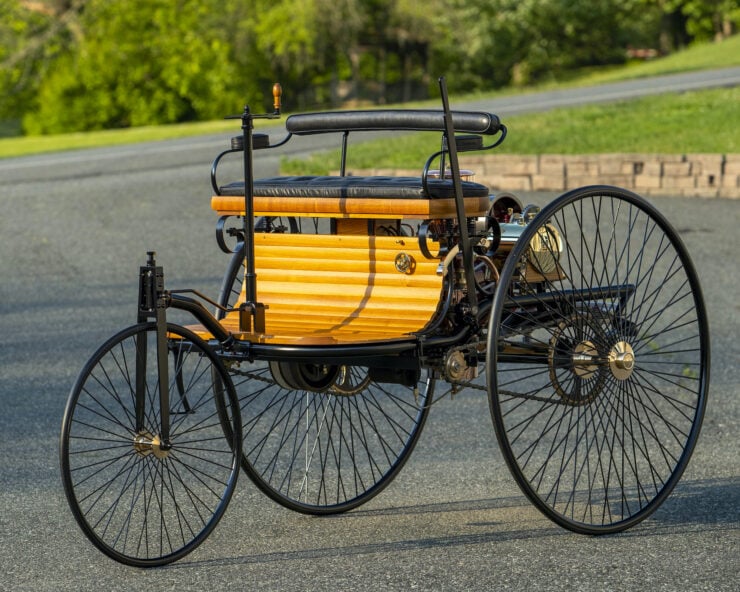 An exact reproduction of the original 1886 Benz Patent-Motorwagen.

Not only did Bertha fund the project using money from her dowry, she also provided some much-needed business savvy that Karl Benz lacked. There can be no doubt that Mr Benz was an engineering genius, however the process of monetizing his creations had been something he had struggled with – until Bertha arrived.

The First Ever Cross-Country Road Trip By Car

These early automobiles sold in limited numbers of approximately two dozen, mostly to well-heeled folk who saw the newfangled invention as a bit of curiosity. Bertha Benz realized they needed to expand their customer base, and so in early August of 1888 she set off with her two sons, Eugen and Richard, for what would become the first ever cross-country automobile journey – or the first road trip.

She drove from Mannheim via Heidelberg and Wiesloch, to Pforzheim to visit her mother, she completed the trip without telling Karl of her plans, and without informing any of the local authorities. The trip covered a distance of 106 km (66 miles), the stops in Heidelberg and Wiesloch were to buy fuel, the vehicle ran on a petroleum product called ligroin which was only for sale at chemists, there were no gas stations at the time of course.

This journey brought in much newspaper coverage and turned Bertha into a celebrity of sorts, sales of their automobiles increased as a result and it played no small part in the uptake of the automobile as daily transportation. 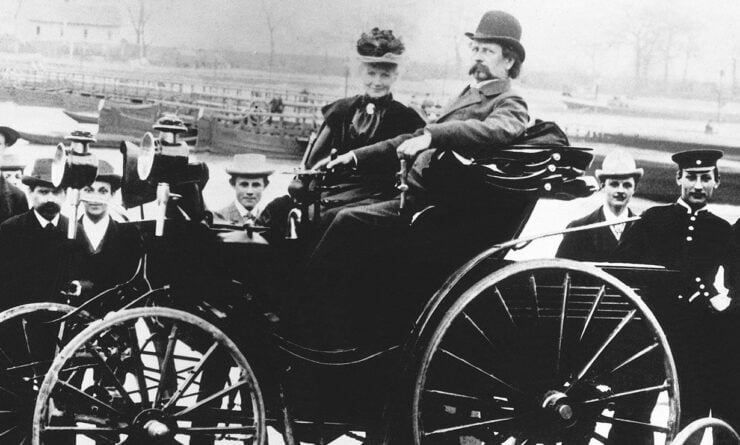 Karl and Bertha Benz in a Benz-Victoria during the 1890s. Image courtesy of Mercedes-Benz.

“Only one person remained with me in the small ship of life when it seemed destined to sink. That was my wife. Bravely and resolutely she set the new sails of hope.” – Karl Benz speaking of Betha Benz in 1925

As mentioned up top, this is an exact working replica of the original Patent-Motorwagen, the only key difference being the use of white gas as fuel rather than the harder to source ligroin.

Like this original, this simple automobile is powered by a 954cc, horizontally-mounted, single-cylinder, four-stroke engine with an electric ignition and it’s capable of 0.75 horsepower. This output is fed to a belt drive through a large, horizontal flywheel in the rear, reaching the rear wheels via dual chain drives – one on each side.

This carefully built replica is now due to be offered for sale by RM Sotheby’s on the 14th of August with a price guide of $60,000 – $80,000 USD. It comes with detailed operating instructions and it was only recently removed from its original shipping crate after many years of storage, it’s now been returned to running condition ready for sale. 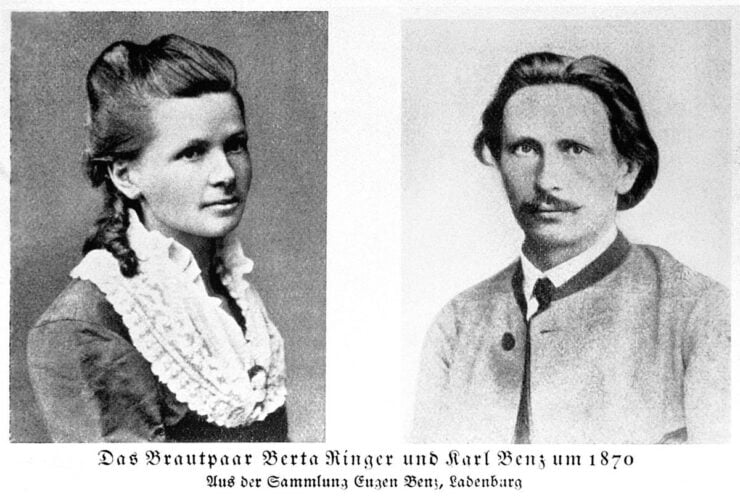 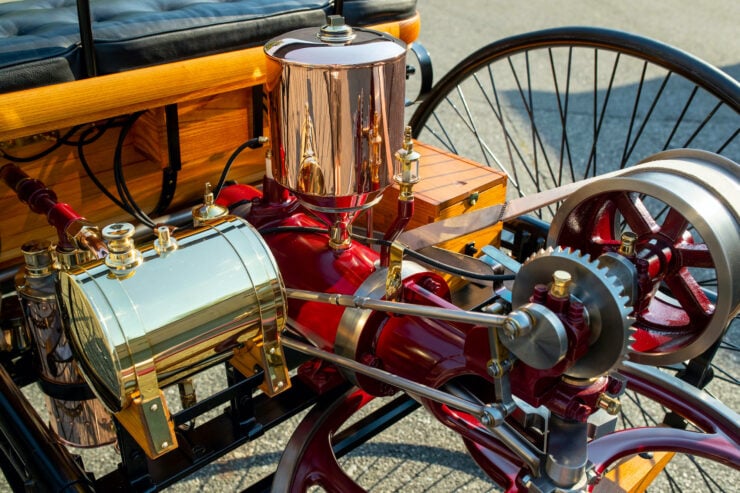 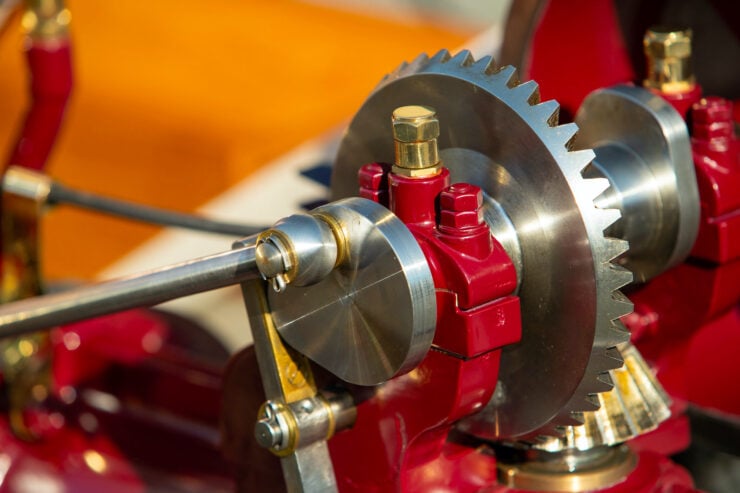 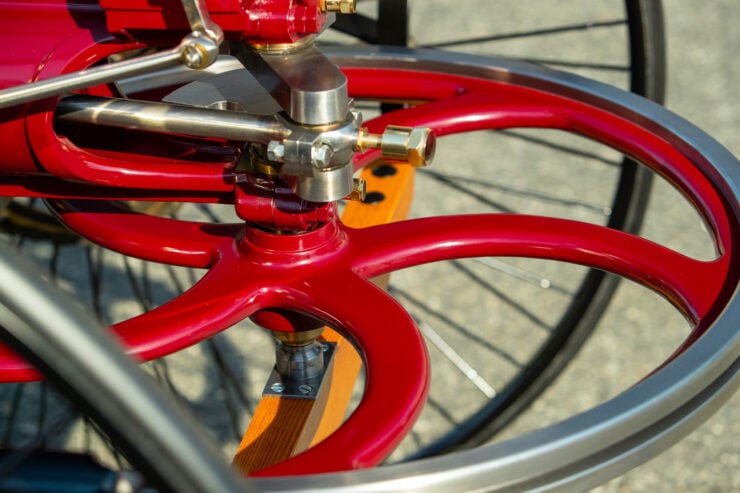 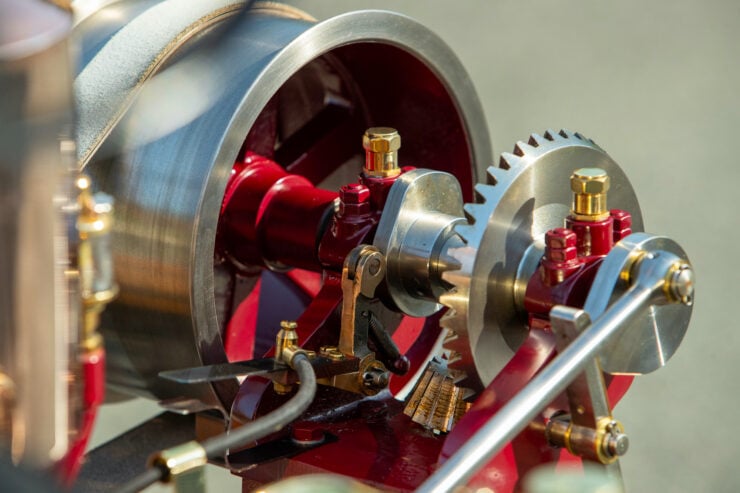 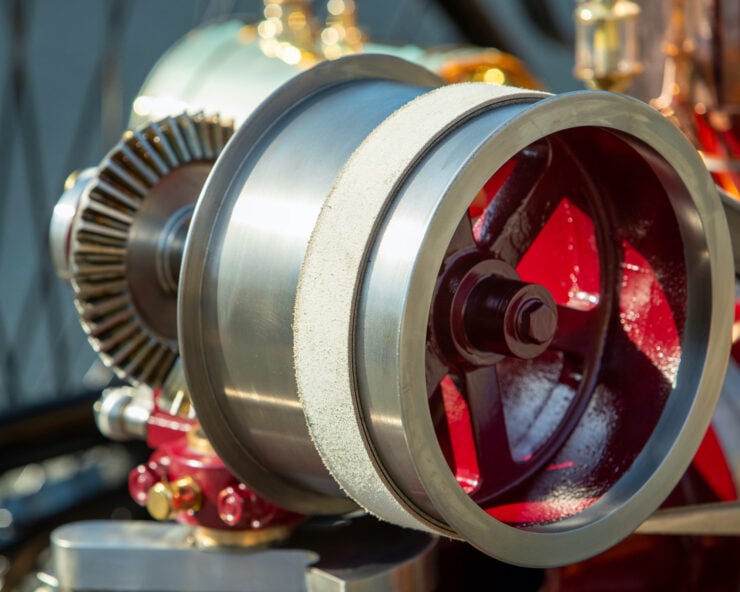 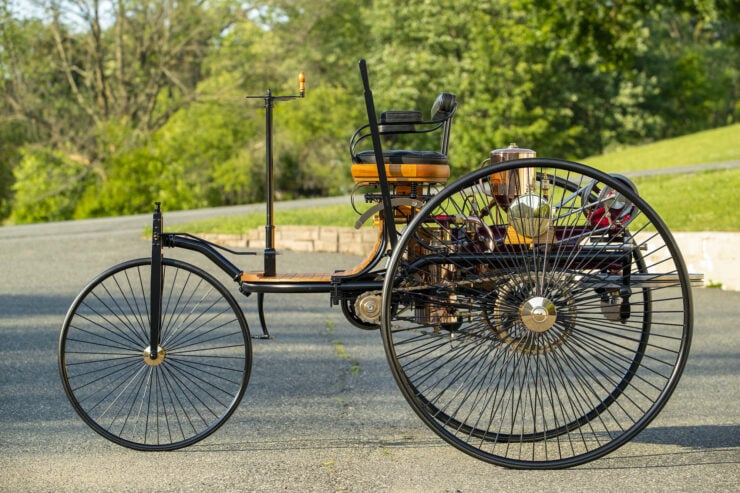 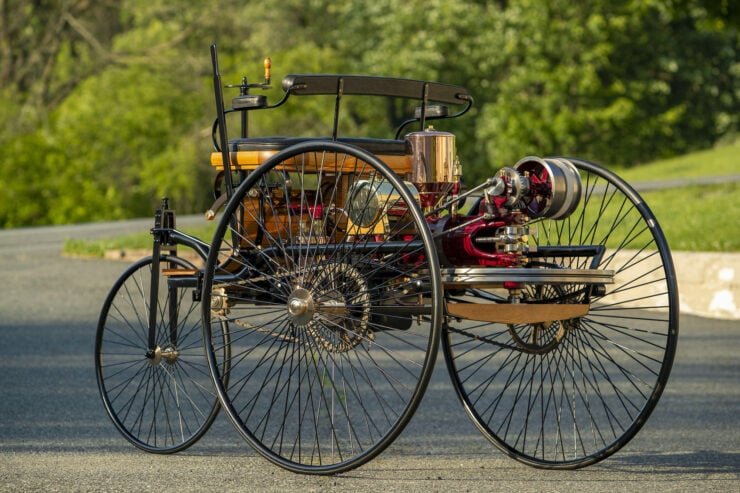 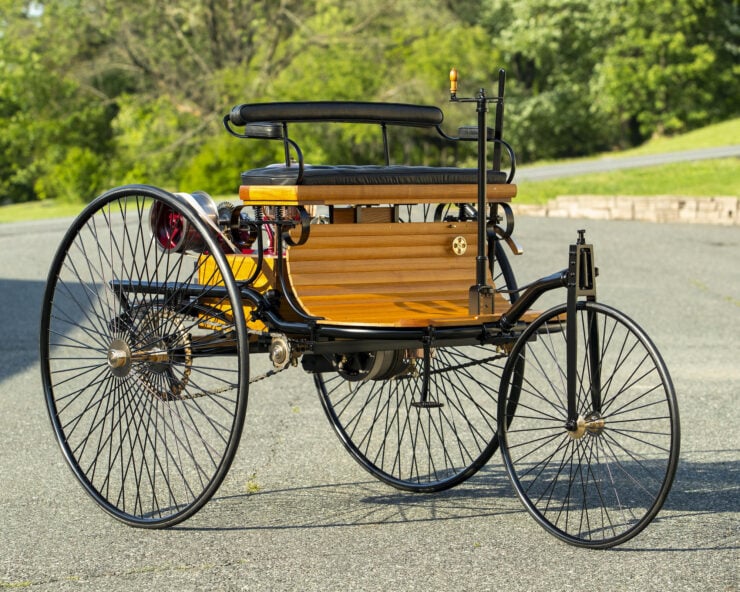 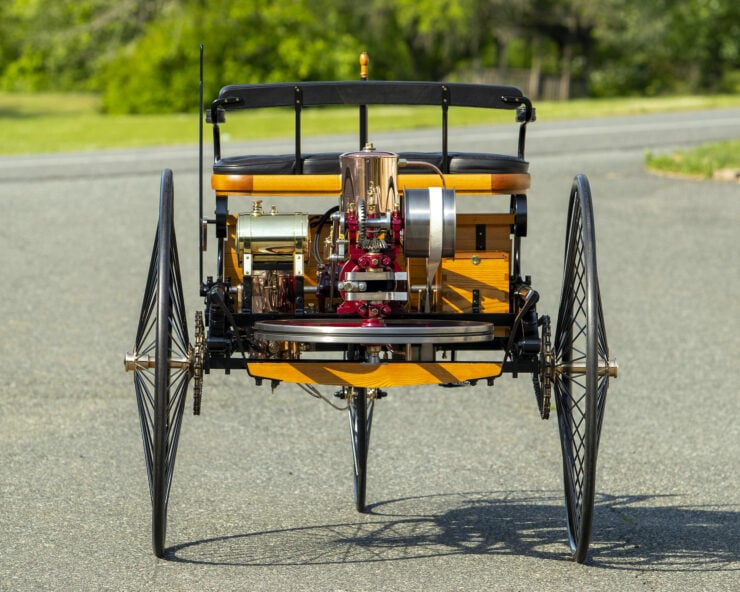 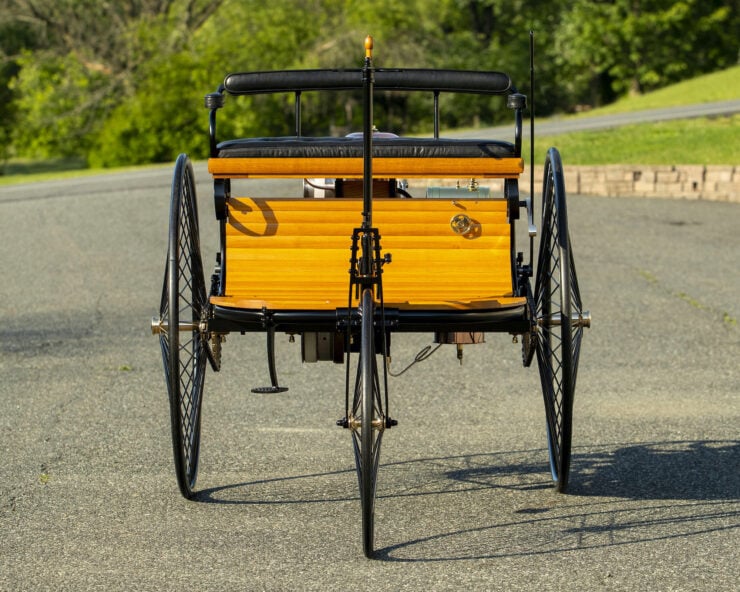 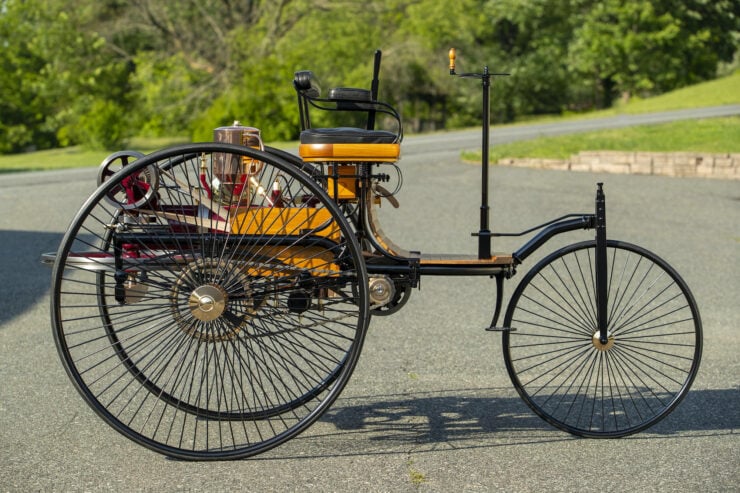 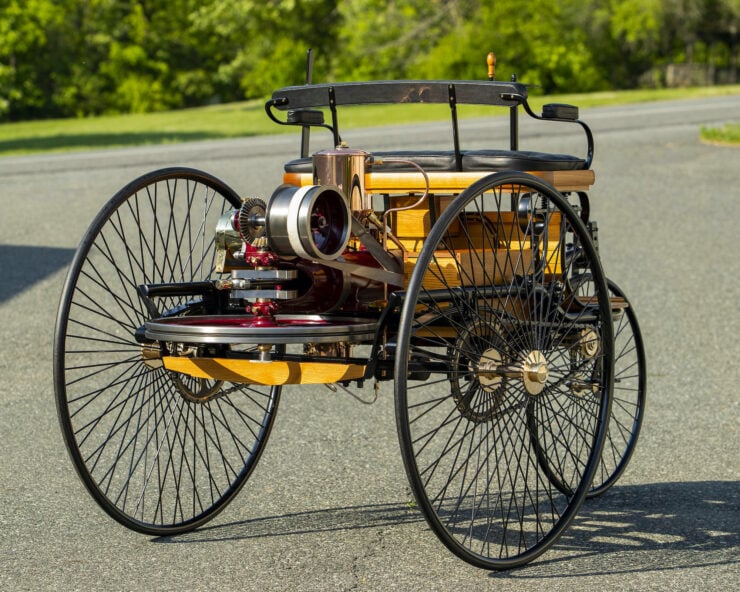