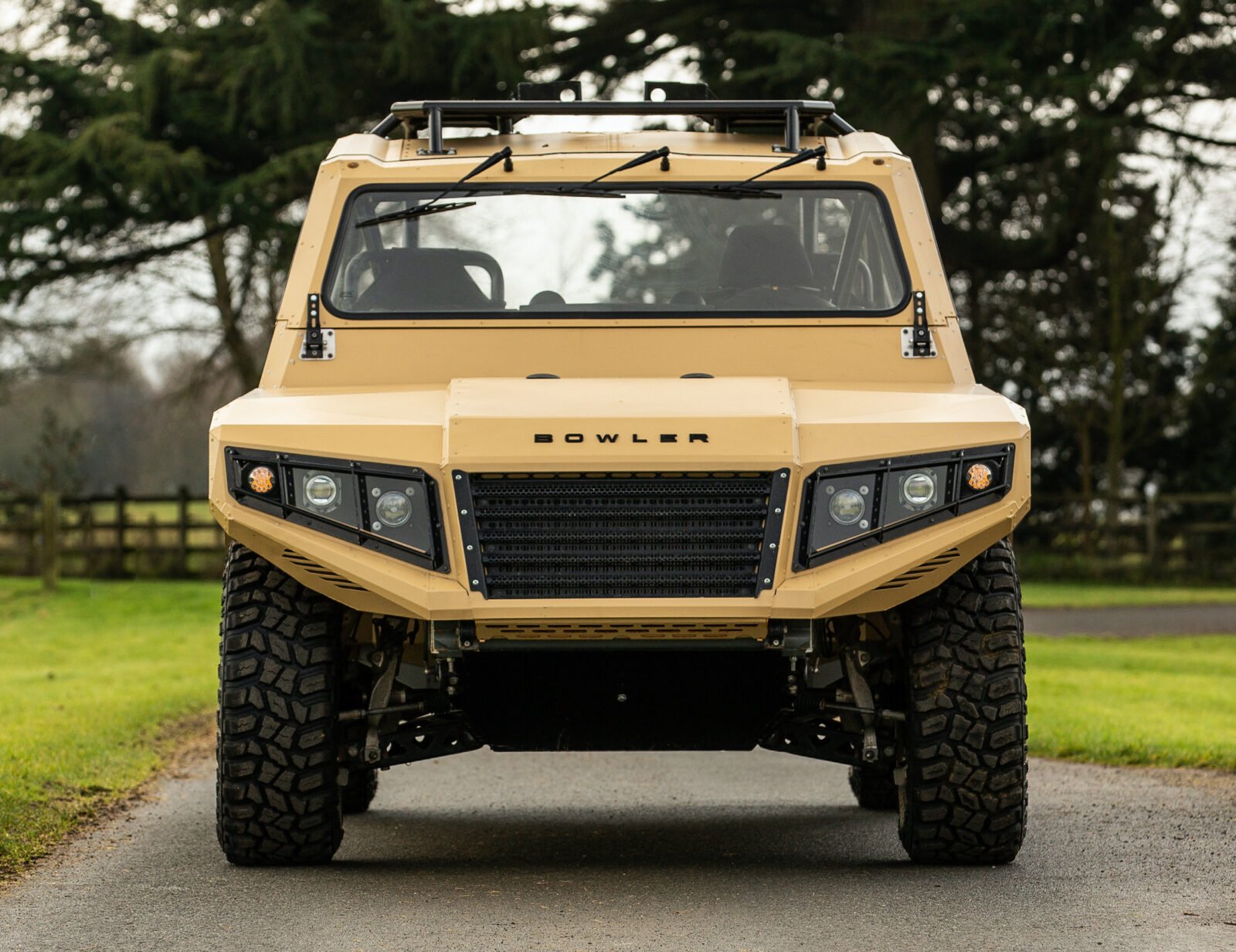 This is the Bowler CSP RIV, it’s a concept vehicle that was developed by Bowler for both military and emergency services roles. It was first unveiled at the 2017 Defence and Security Equipment International Show, and it’s the first in a series of military/emergency-focussed four-wheel drives from the British company.

Bowler has been building highly-modified Land Rover Defenders and other vehicles since 1985, many of them have been used in top flight off-road motorsport competition, and some of them have featured prominently in James Bond films.

The Rapid Intervention Vehicle (RIV) was developed by Bowler engineers on their new Cross Sector Platform (CSP) chassis – the same chassis that is underpinning the “other” new Land Rover Defender – the Bowler CSP 575.

The CSP chassis is a modular design (shown below) made from lightweight aluminum alloy, when paired with the full internal roll cage it forms an incredibly rigid structure not dissimilar to a space frame.

Unlike the far more traditional chassis used on the previous Land Rover Defender the CSP accommodates independent front and rear suspension with up to 27cm (10.6 inches) of wheel travel. A wide variety of engines and transmissions can be used, with power sent to all four wheels. 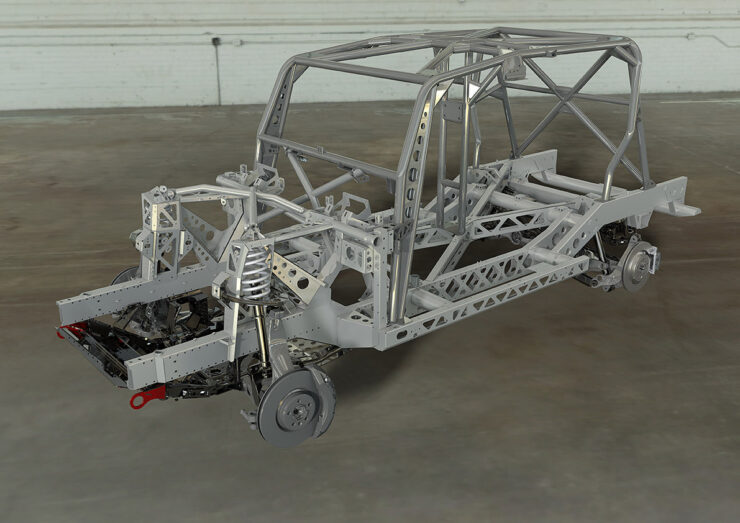 Above Image: The all-aluminum Bowler Cross Sector Platform (CSP) chassis, with the roll cage included it forms a rigid structure almost like a spaceframe chassis.

When it was first shown in 2017 in London, the Bowler CSP RIV Concept was fitted with a .50 calibre heavy machine gun mounted to the top-centre of the roll cage, it was also equipped with four ProTEK blast attenuating seats from Tek Military Seating.

It’s powered by a 300 bhp V6 producing 700 newton-metres of torque (516 lb ft), and power is sent back to a ZF 8HP transmission, an 8-speed transmission with a hydraulic converter and planetary gearsets.

The RIV was carefully designed as a multi-use vehicle platform with a common range of modular sub-systems and components. This was done to allow a number of vehicle variants to be operated, serviced, and maintained from a single common parts supply.

With a payload capability of 2,000 kilograms (4,409 lbs) the RIV can be equipped for a number of roles including Strike, Reconnaissance, Long Range Patrol, ISTAR (drone launch). Later version will be capable of additional roles including Mechanised Troop Carriage, Ambulance, C2/C4I roles, Logistic Support, Fire Truck, or Light Artillery Mobility. 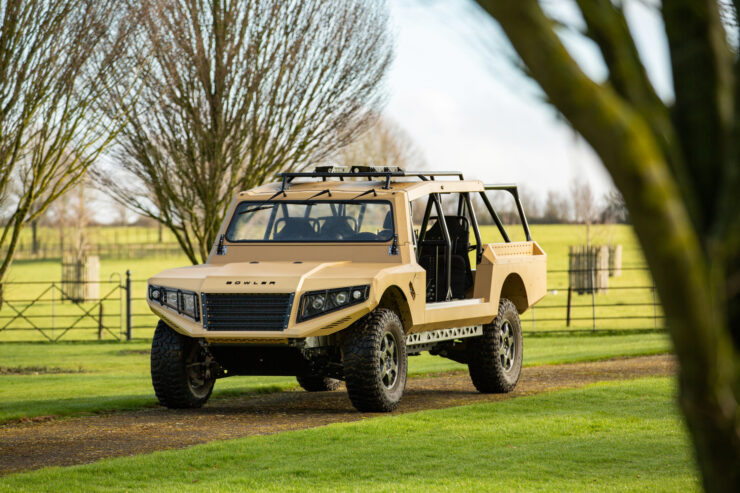 Above Image: The Bowler CSP RIV uses a chassis developed for both off-road racing and military use.

Consultation with the UK Department of Defense ensured that standard and narrow track variants are included for deployment by CH-47 and C130 aircraft.

The vehicle you see here is the first in what may become an extensive line of military vehicles from Bowler, and as such it may be of significant interest to collectors. This is the same vehicle shown to the public in 2017, however the .50 cal has been removed for obvious reasons.

Sadly the Bowler RIV isn’t road legal, though it would perhaps be well-suited as a way of getting around your extensive private estate and taking three friends with you – all in military-spec blast proof seating.

If you’d like to read more about the RIV or register to bid you can click here to visit the listing on RM Sotheby’s. At the time of writing there’s no price estimate, and it’s being offered with no reserve. 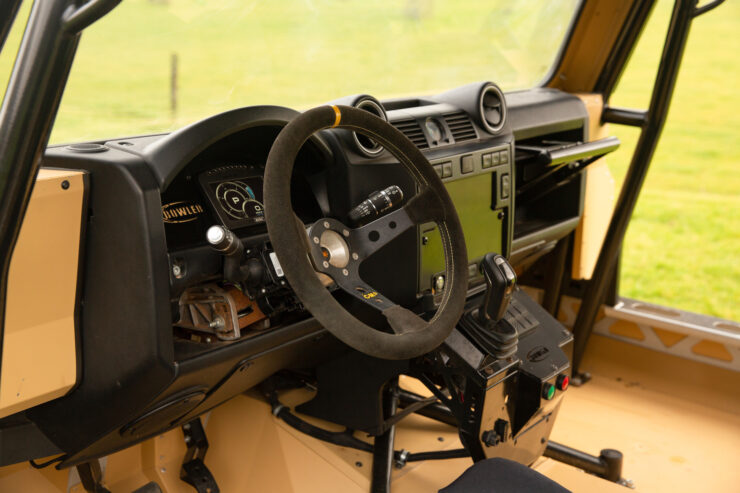 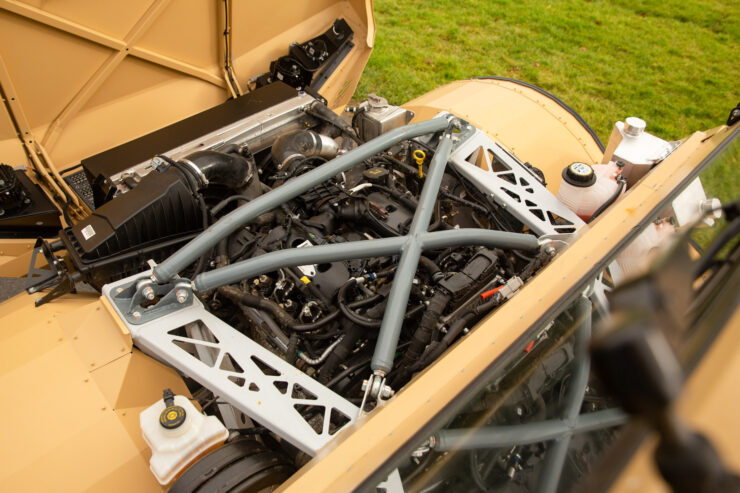 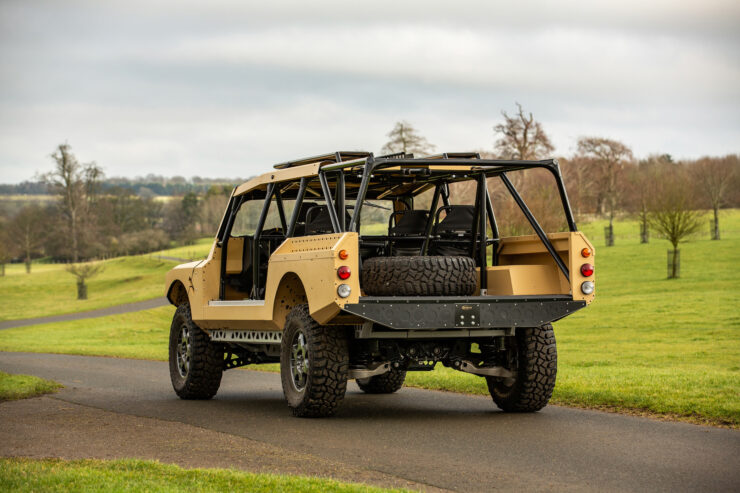 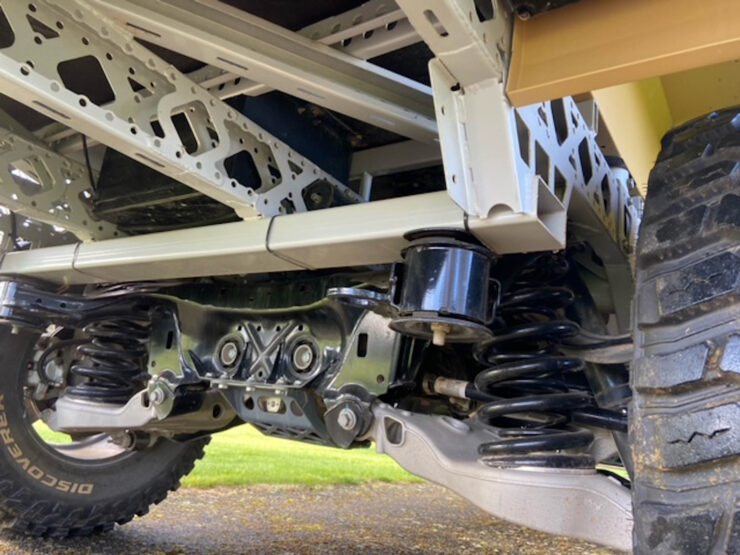 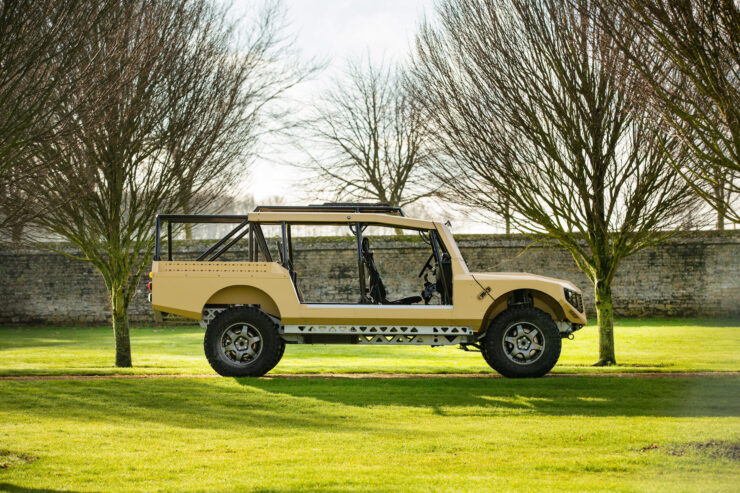 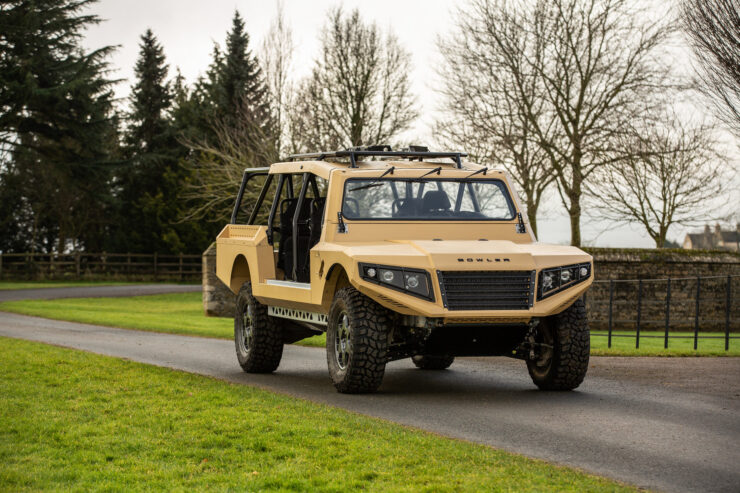 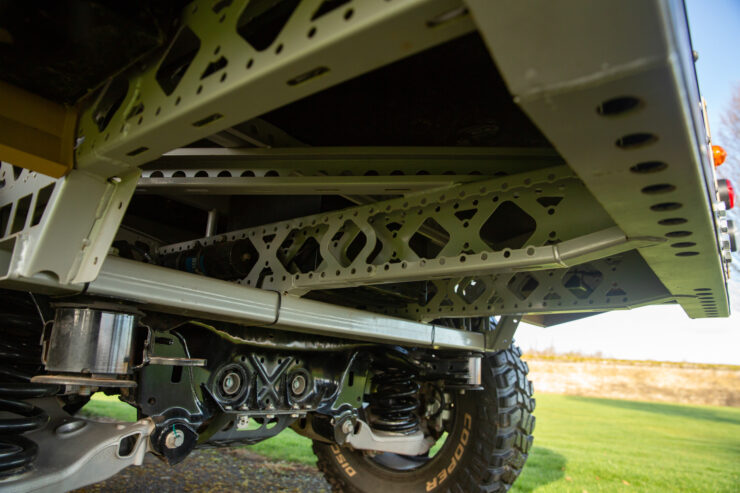 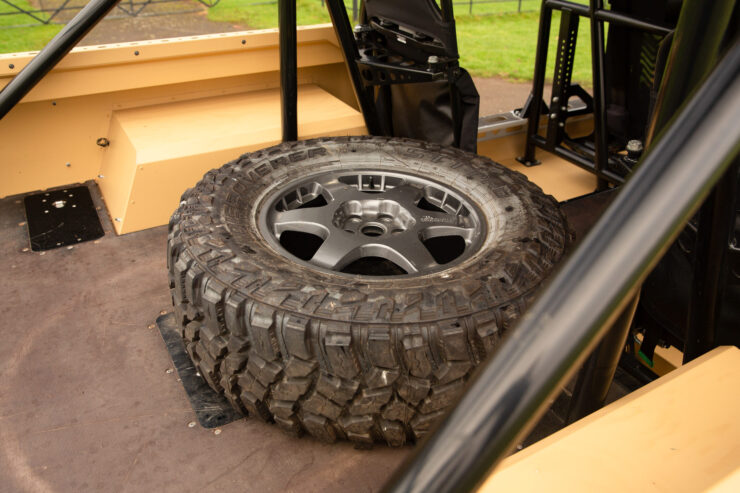 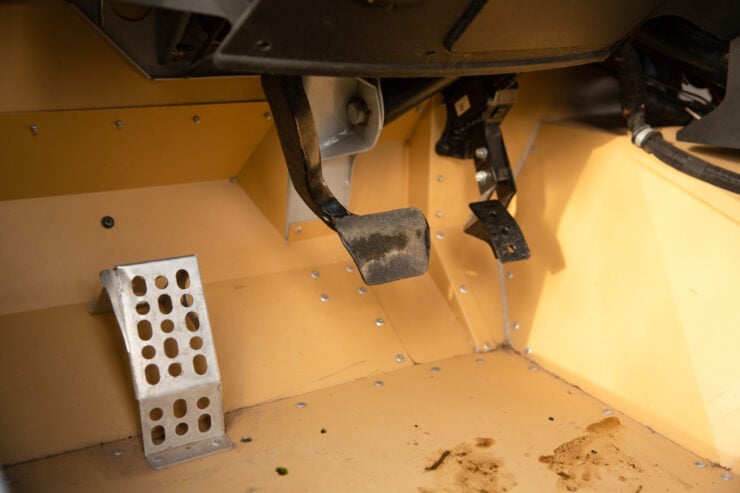 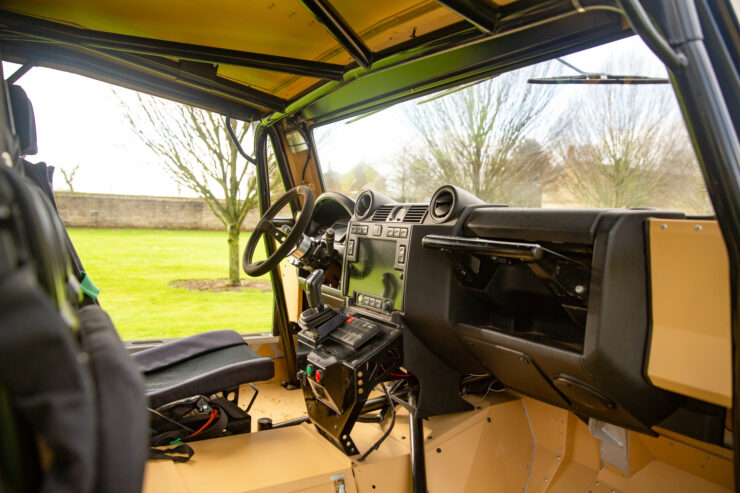 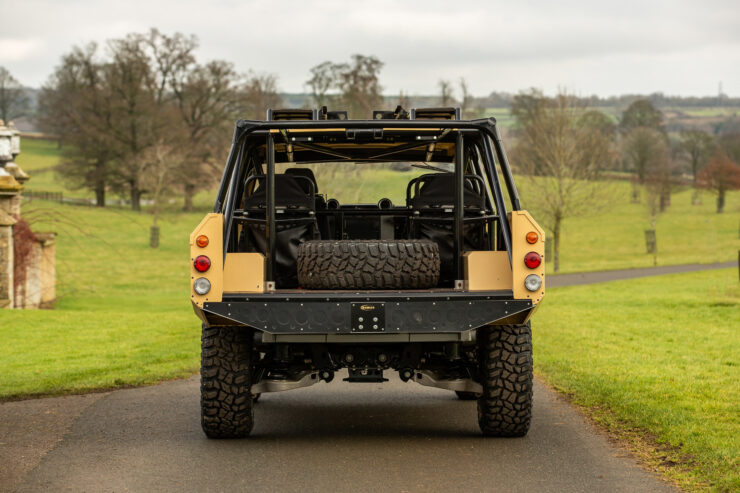 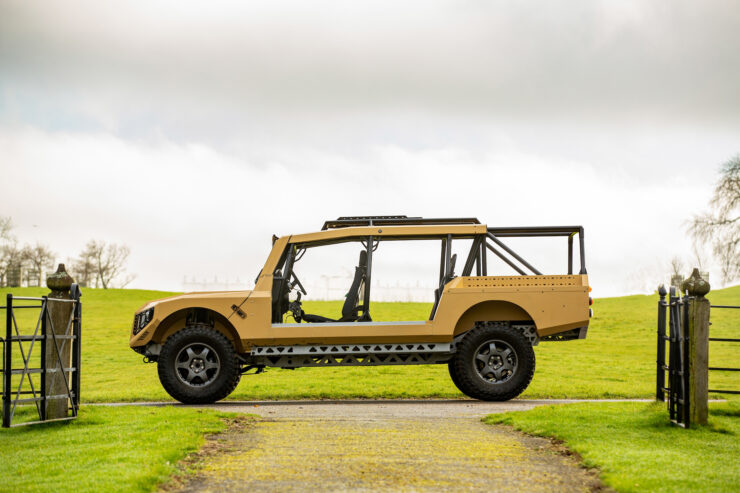 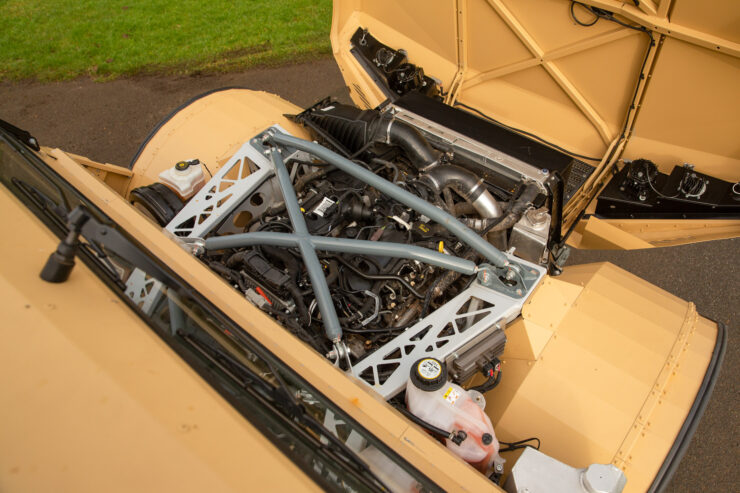 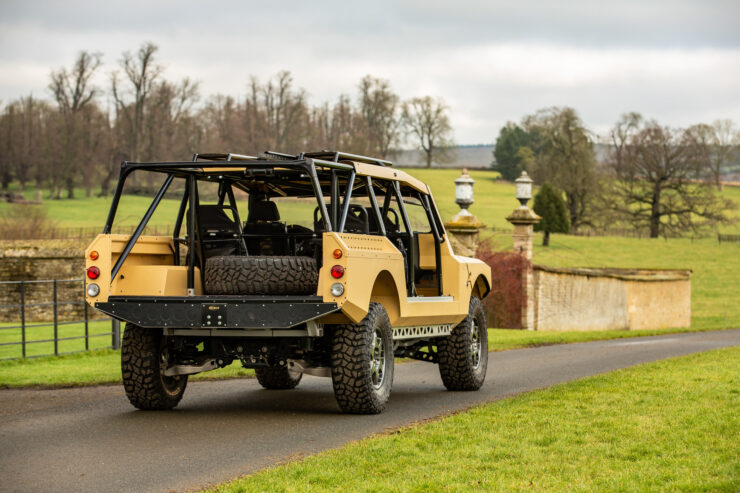