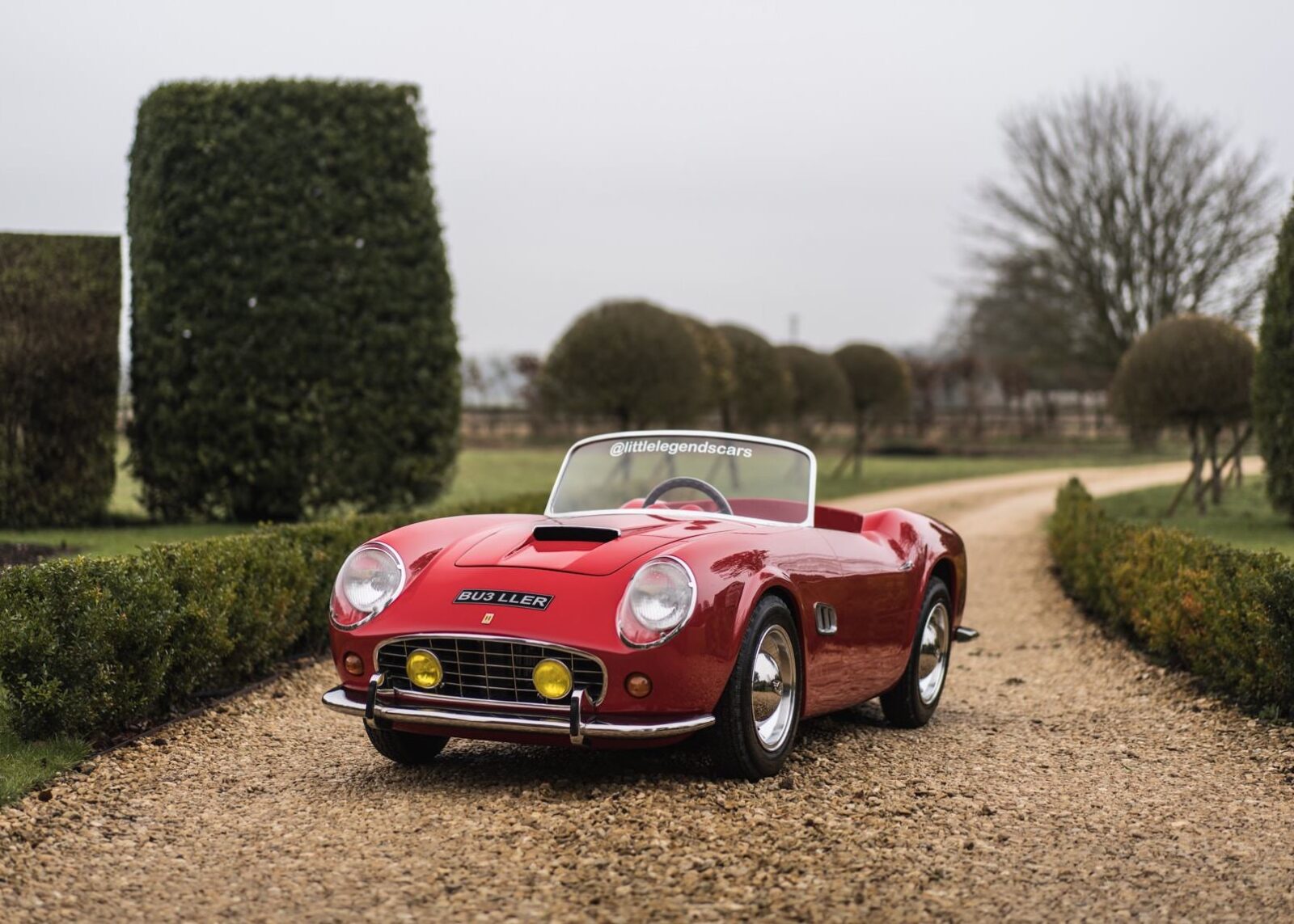 This is the Little Legends Spyder, it’s a drivable 1:2 scale model of the Ferrari 250 GT California – considered by many to be one of the most beautiful cars ever made.

The car is powered by a 110cc air-cooled, four-stroke petrol engine producing approximately 7 bhp and it can reach a top speed of 29 mph or 46 km/h, though this can be limited to lower speeds for younger drivers.

The Little Legends Spyder is finished in a nice shade of red, as you would expect, and it has the license plate “BU3LLER” – a reference to the car from the film Ferris Bueller’s Day Off. In the film the car is introduced as a 1961 Ferrari 250 GT California, however it was actually an American-made Modena GT Spyder California, though a real Ferrari was used for the close up shots. 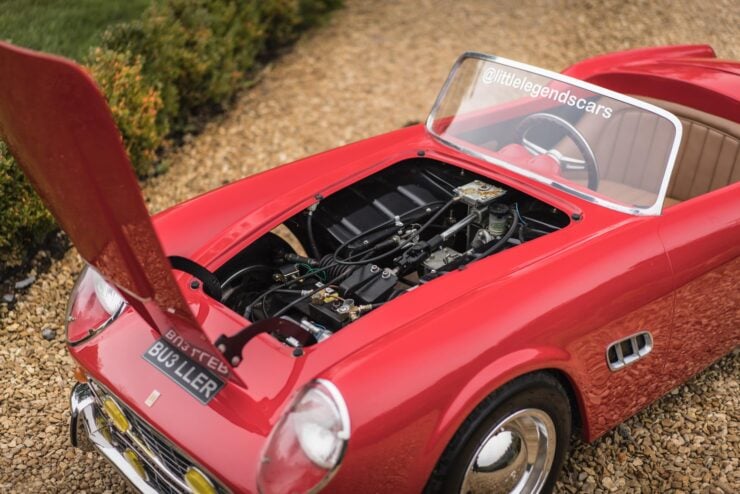 Above Image: The car is powered by 110cc engine and can achieve speeds of almost 30 mph.

It has both working headlights and indicators as well as a horn, it has a leather interior, a wood-lined steering wheel, adjustable pedals, and release handles for the bonnet and trunk. The driver sits astride the transmission and the footwells on either side are carpeted with heel rests below the pedals.

You’ll find the battery in the trunk along with some storage space and the fuel filler cap, around the front when you pop the hood you’ll find the 110cc engine mounted directly over the front axle line, and the steering box is front and centre. Brake fluid can be topped up in the usual way.

Although perhaps too small for most adults the car would make a welcome gift to any child, or a fantastic addition to a collection of Maranello’s finest.

If you’d like to read more or place a bid you can click here to visit the listing on Collecting Cars. 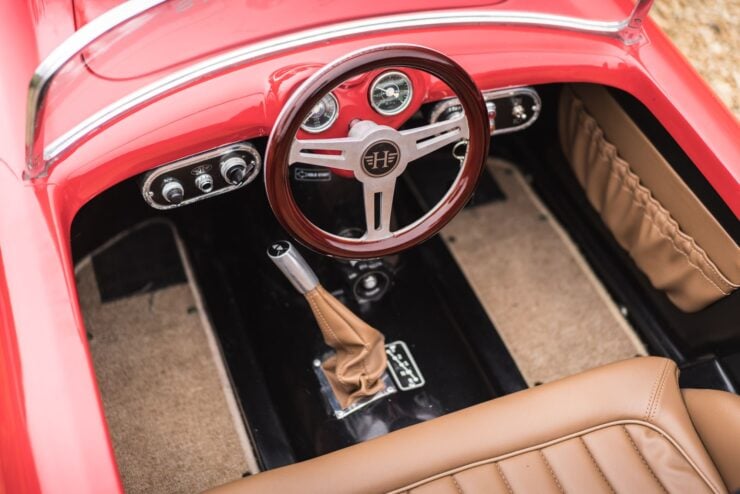 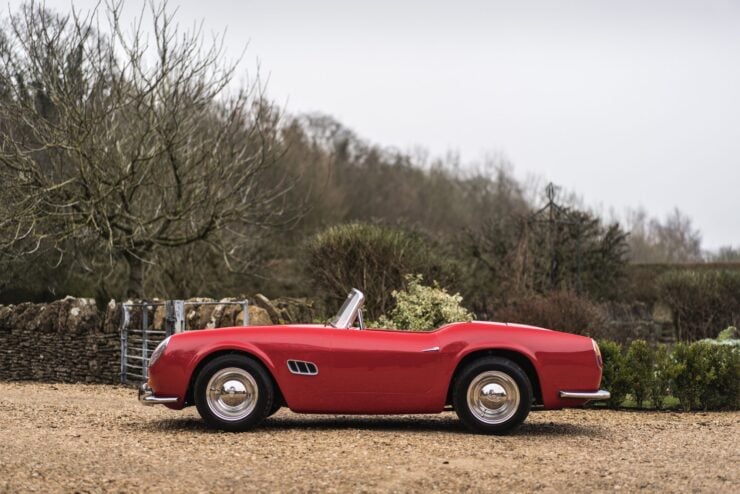 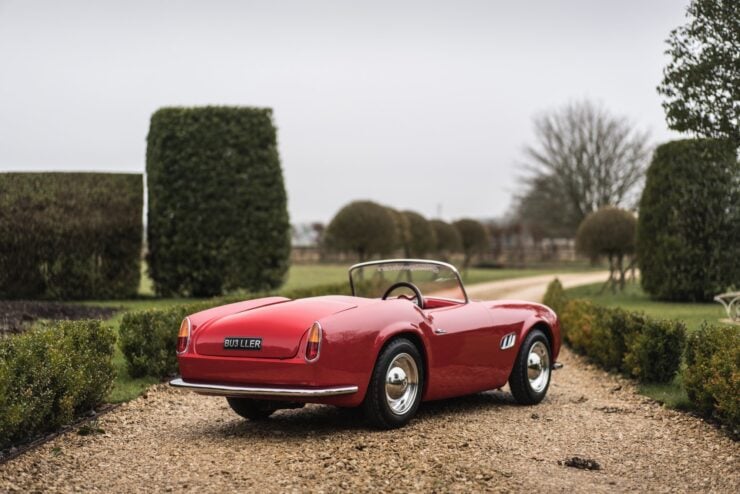 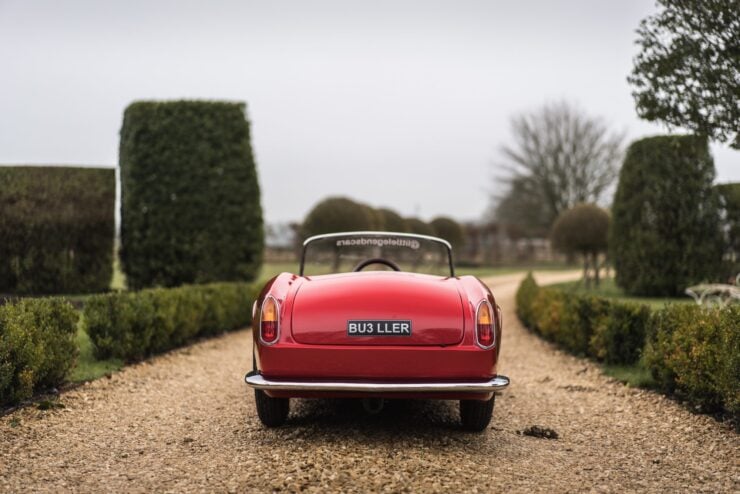 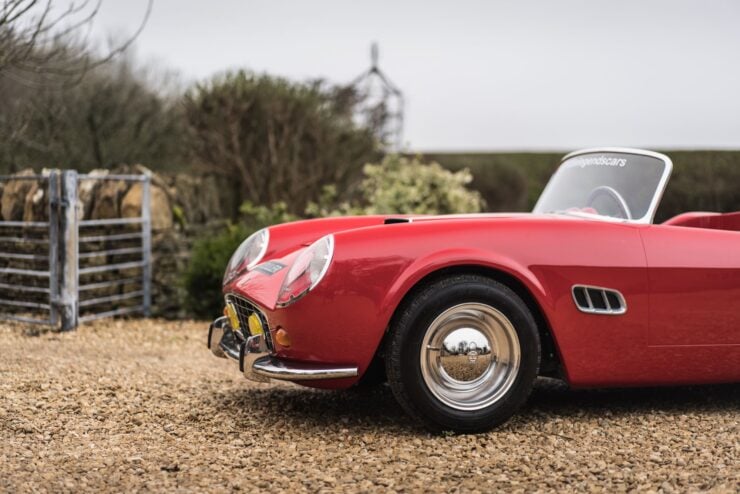 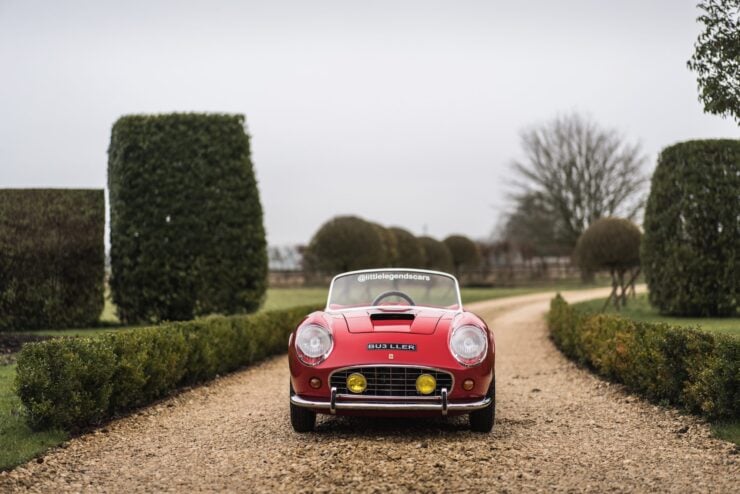 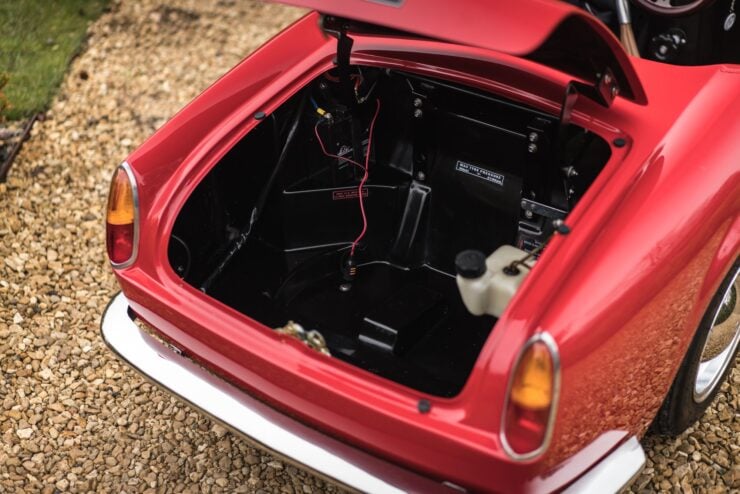 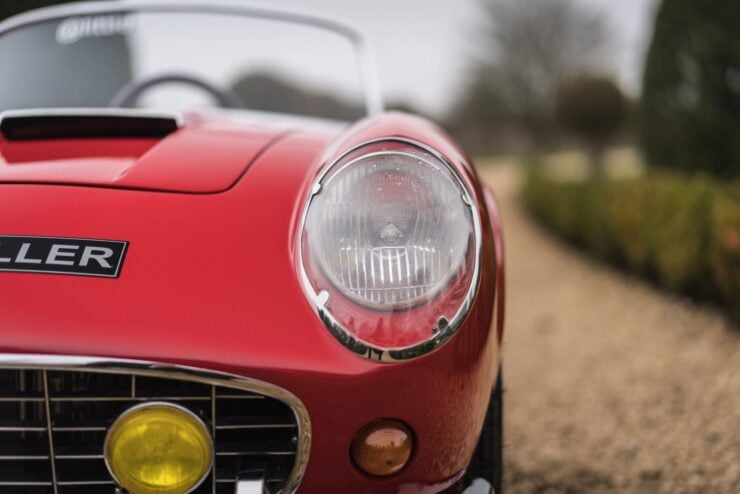 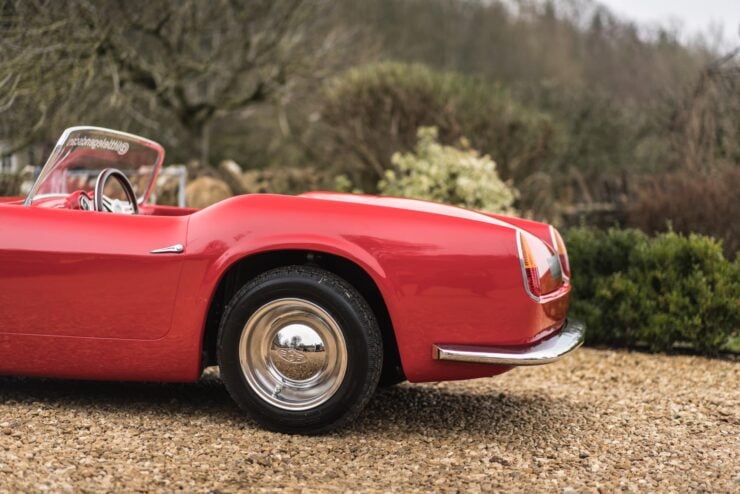 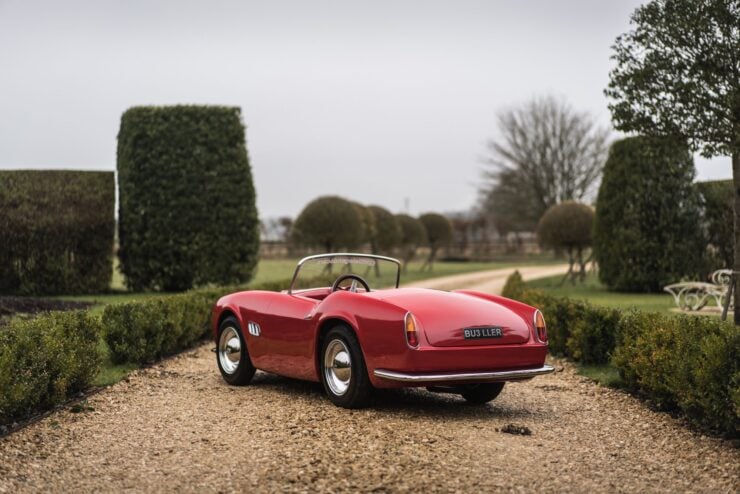