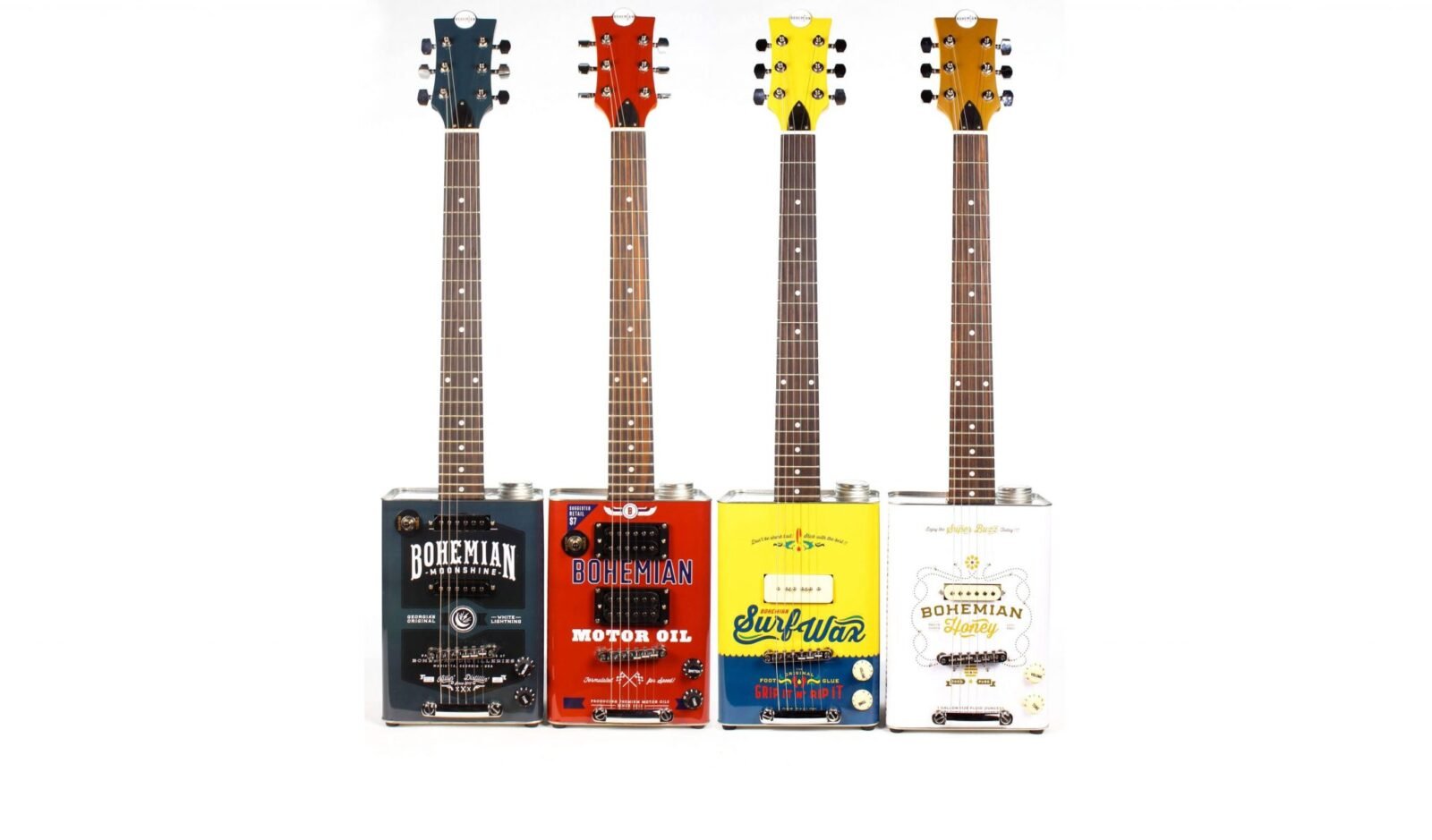 Bohemian Guitars is a small Atlanta-based company with South African founders, they became enamored with the homemade guitars that were being created in the poorer communities of South Africa and decided to bring the concept to the rest of the world.

Each of their metal bodied guitars is made by hand, the wooden fret board extends down into the can, and there’s a back panel that can be opened for maintenance.

Guitars and ukuleles are both available, and you can choose from single coils, humbuckers, or P90s. Due to the design, the fretboards are usable right down the full length of the neck, and Bohemian Guitars are happy to take special orders. 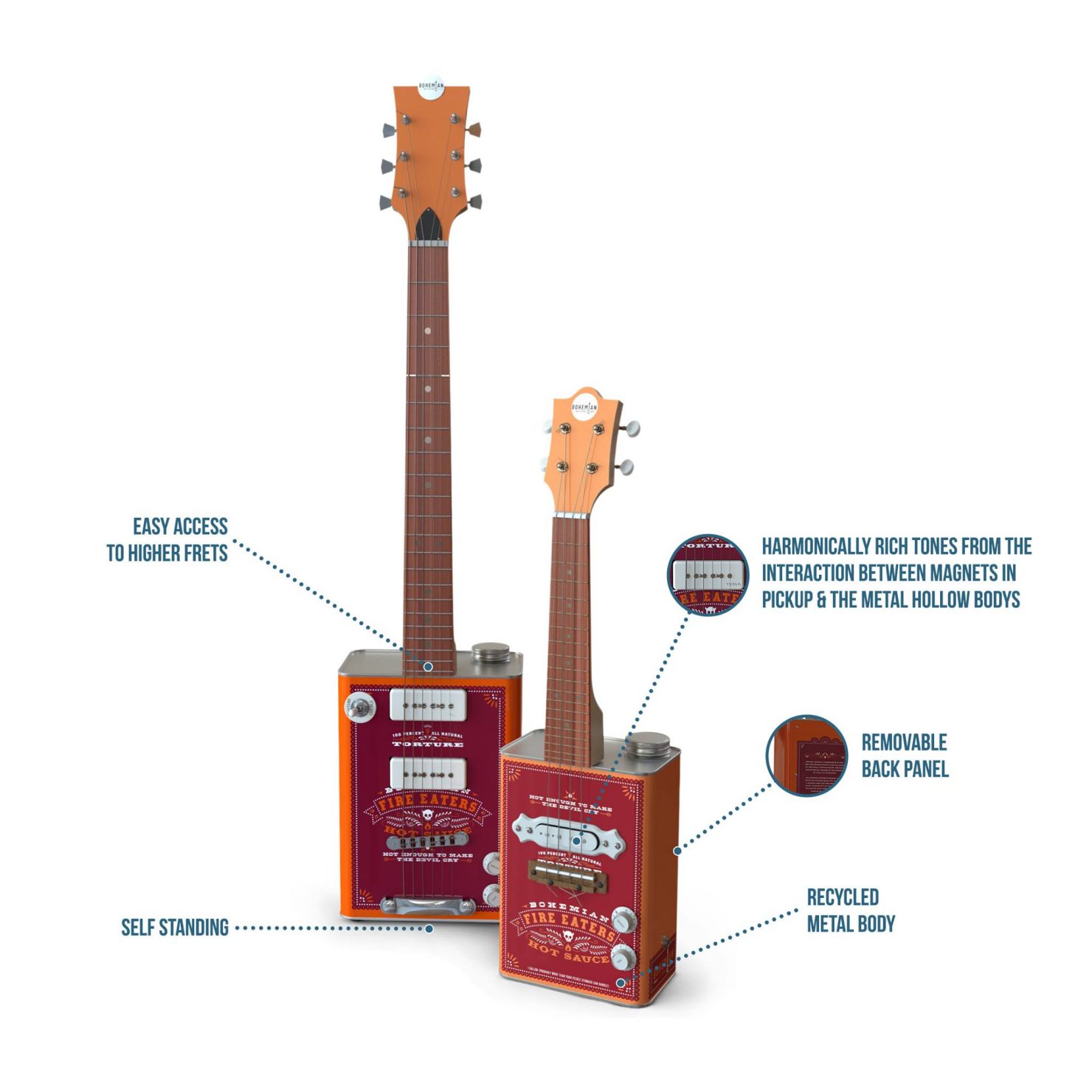 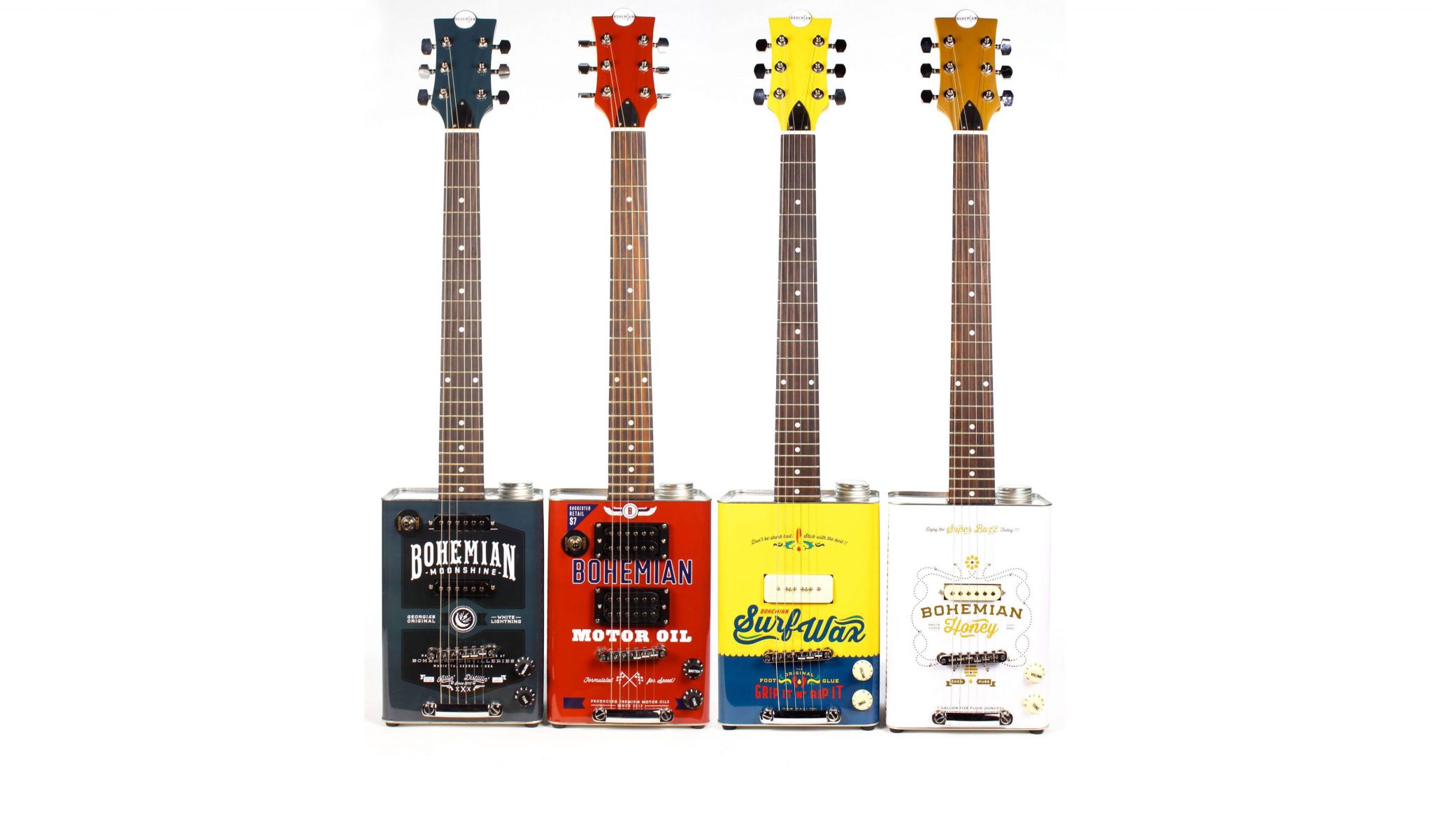