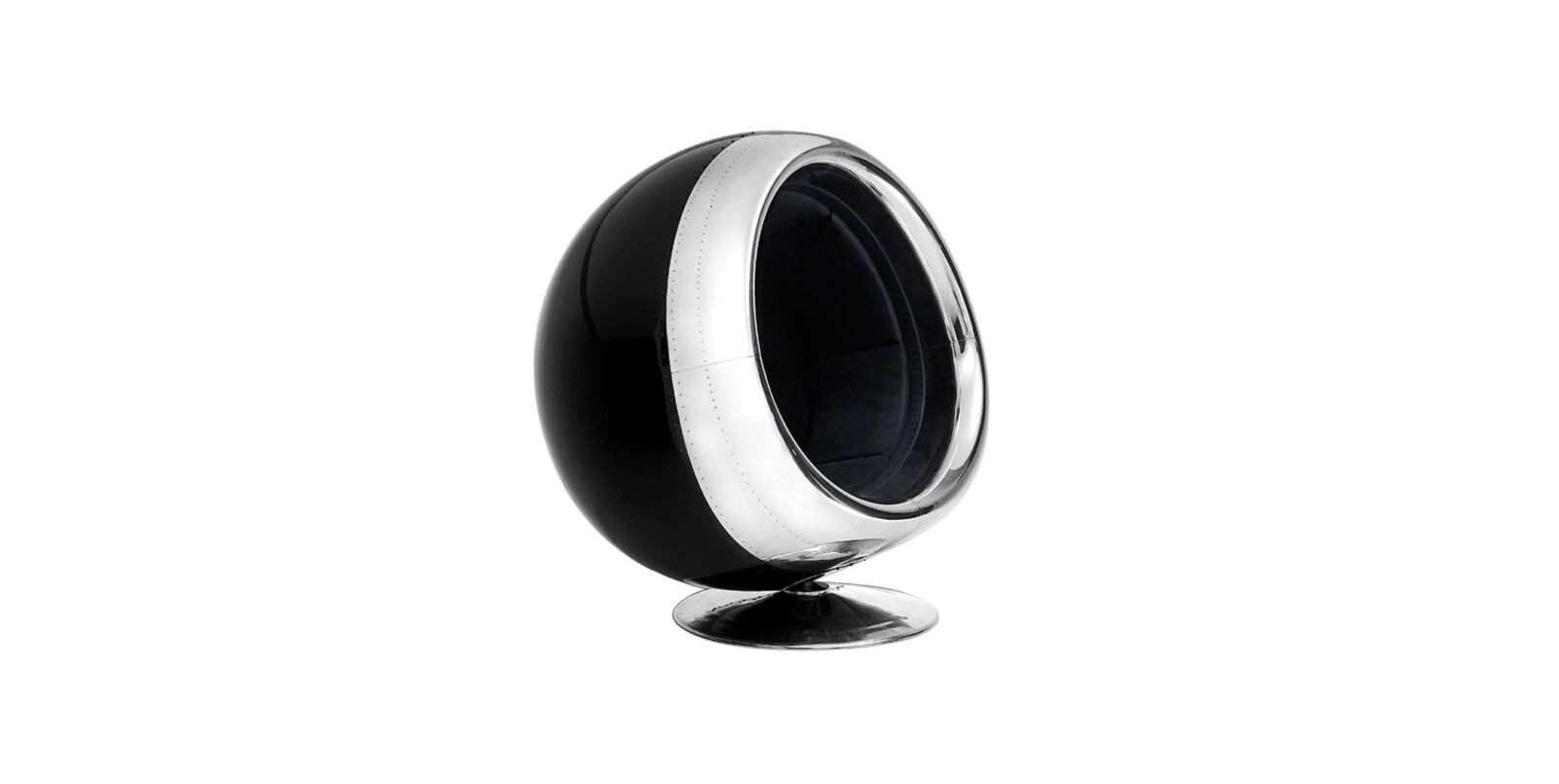 If you’ve an aspiring James Bond villain and you’d like to buy some suitably styled furniture, your first stop should almost certainly be Plane Industries in Britain. The company is perhaps most famous for the design you see here – an original Boeing 737 jet engine cowling that’s been converted into a chair.

The Boeing 737 is a plane we’ve all flown in, probably dozens of times if you fly frequently. It’s one of the workhorses of the Boeing stable, first released in 1967 and still in production now as a family of 13 aircraft with passenger capacities ranging from 85 to 215.

This cowling is from the CFM56-3 jet engine used to power the Boeing 737-300, it features an unusual almost flat-bottomed design due to the fact that the 737 wings were closer to the ground than many other aircraft. This has the unintended benefit of making it perfectly suited to duties as an chair once it’s been retired.

The Plane Industries Boeing 737 cowling chair measures in at 200 cm or almost 6′ 7″ high, by approximately the same width and depth. The inside of the chair is richly upholstered in black leather and it sits on a stable spun aluminium base that allows it to rotate on bearings through 360º. 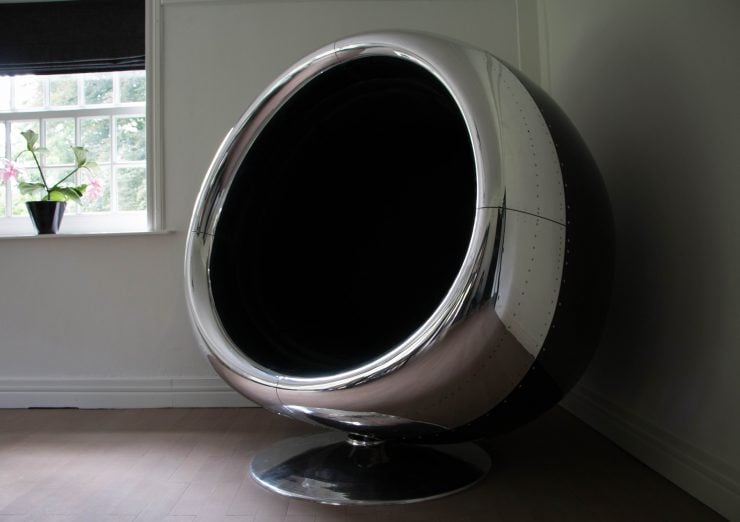 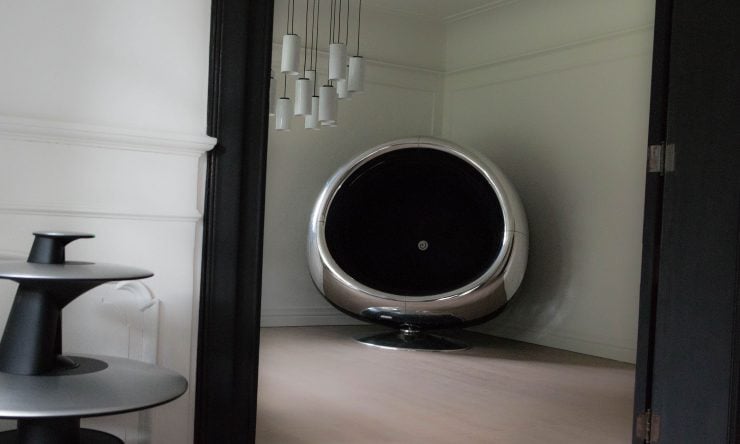 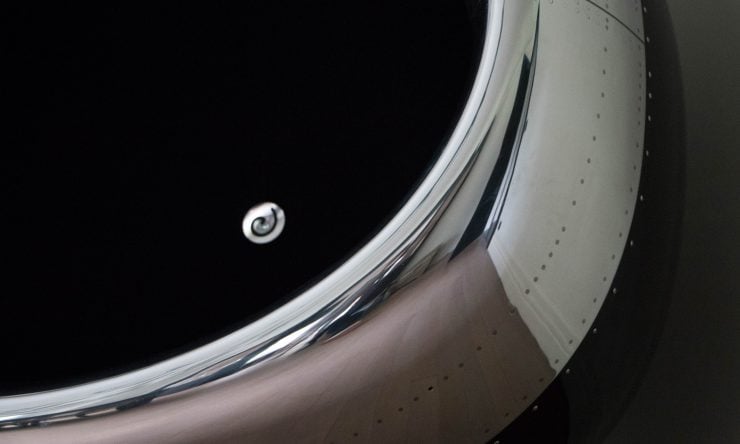 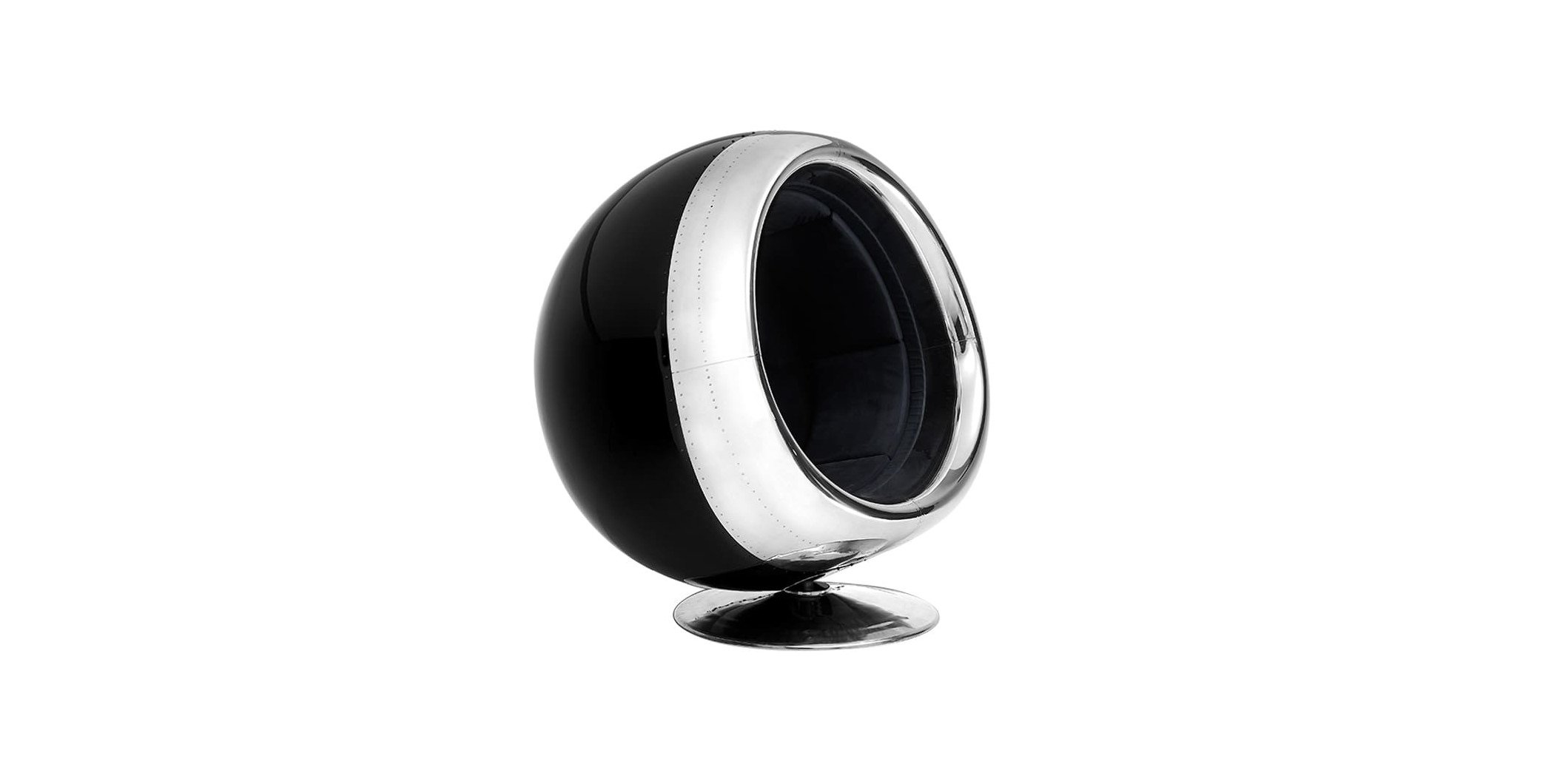