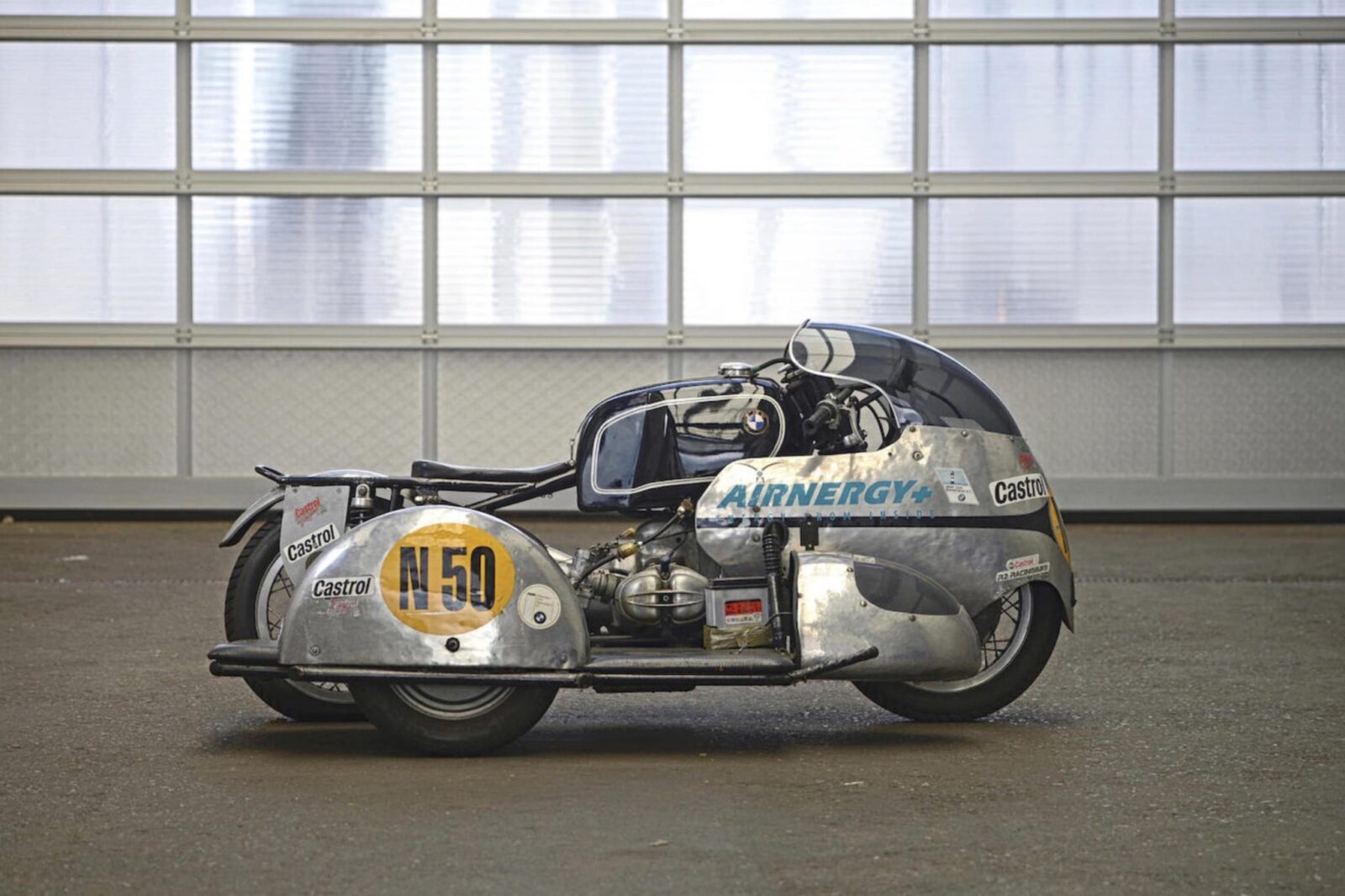 Editor’s Note: We’ve since been informed that this motorcycle would be classified as a Squatter, not a Kneeler.

Sidecar motorcycle racing is one of the few forms of motorsport that uses an asymmetrical vehicle, or that requires the actions of two people to control. Whereas car and motorcycle racing have both enjoyed signifiant mainstream success, sidecar racing has lived on in the background, with a rag tag bunch of enthusiast competitors and some of the most committed fans in the world of sport.

Kneeler sidecars were developed by Englishman Chris Vincent, who further developed a concept used by Eric Oliver in the 1950s. The kneeler design used a low-mounted flat tray with a thin layer of padding, it allowed the frontal area to be minimal and the centre of gravity to be as low as ground clearance would allow. Tarmac sidecar racers today use designs directly adapted from Vincent’s originals, although the bikes themselves have gone through a series of changes making them look almost indistinguishable from the sidecars of old.

The BMW-based kneeler you see here is based on a 1957 Airhead with a bespoke frame, sidecar, and fairing. It uses a large 4-leading shoe drum brake up front, a smaller drum on the rear, a pair of matching Dellorto carburettors with velocity stacks, a high-capacity fuel tank for endurance racing, and hand-shaped aluminium fairings.

It’s been used extensively in competition, but as is often the case with these old racers – there’s very little surviving documentation. It’s listed as being in complete condition from tip to tail but requiring a recommissioning before any racing activities are undertaken.

Bonhams will be offering the BMW Kneeler as part of the Willi Balz Collection, due to be auctioned between the 12th of August and the 27th of September. It’s estimated value is between €8,000 and €10,000 – making it an affordable purchase for collectors of all means. Hopefully it’ll end up in a museum or in the possession of someone who recommissions it for racing – rather than locked away in a private shed somewhere. 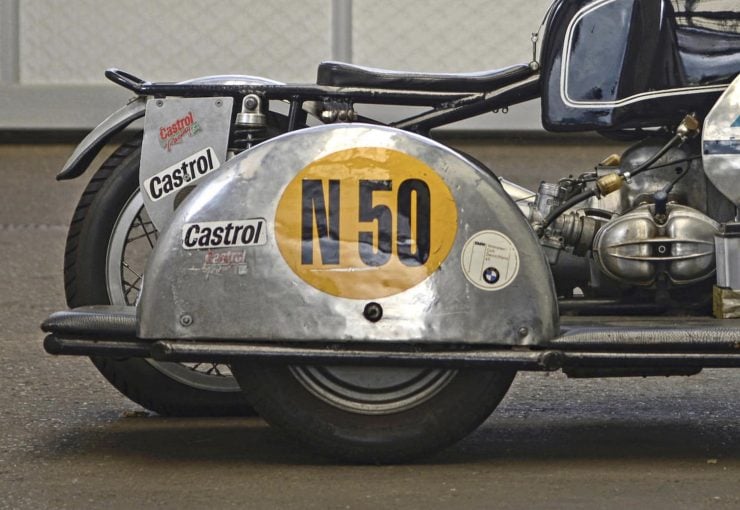 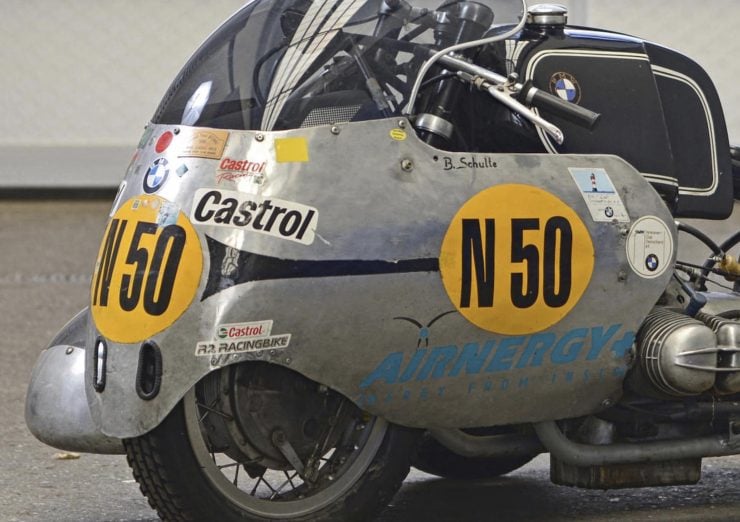 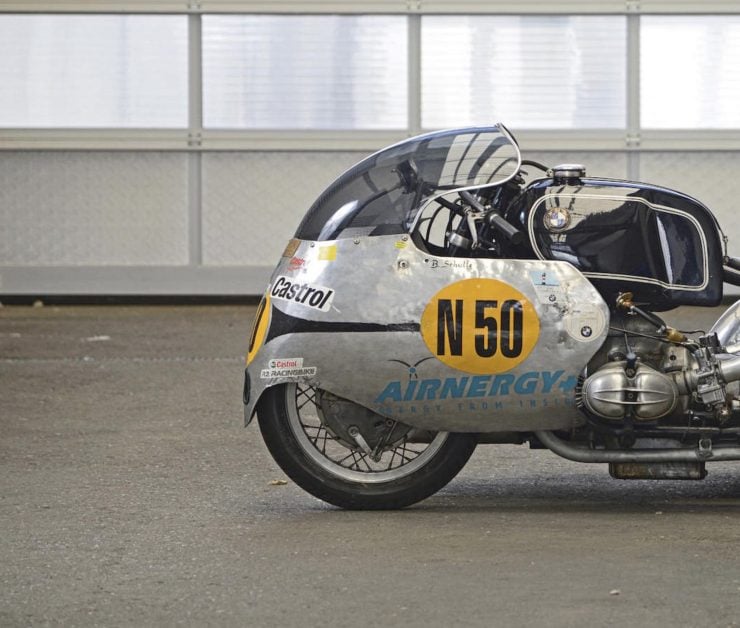 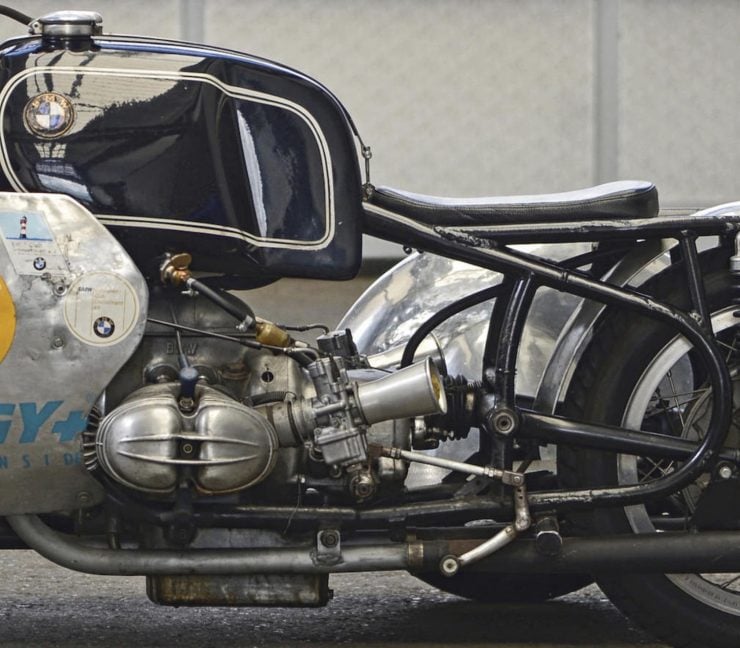 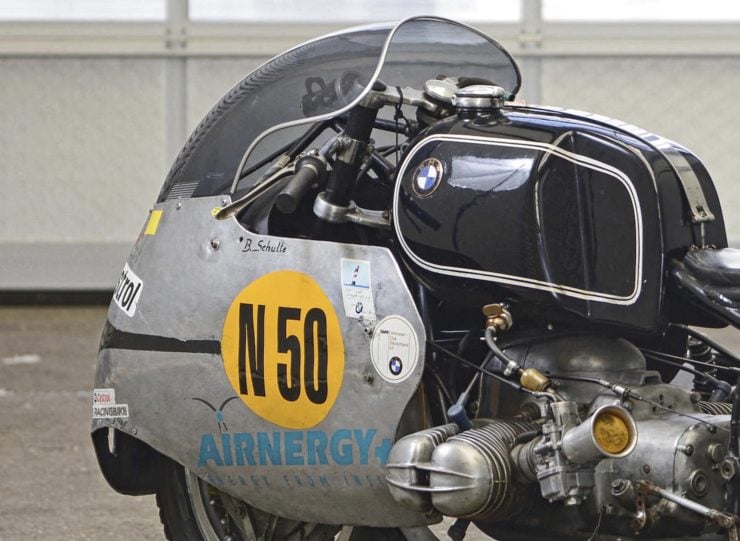 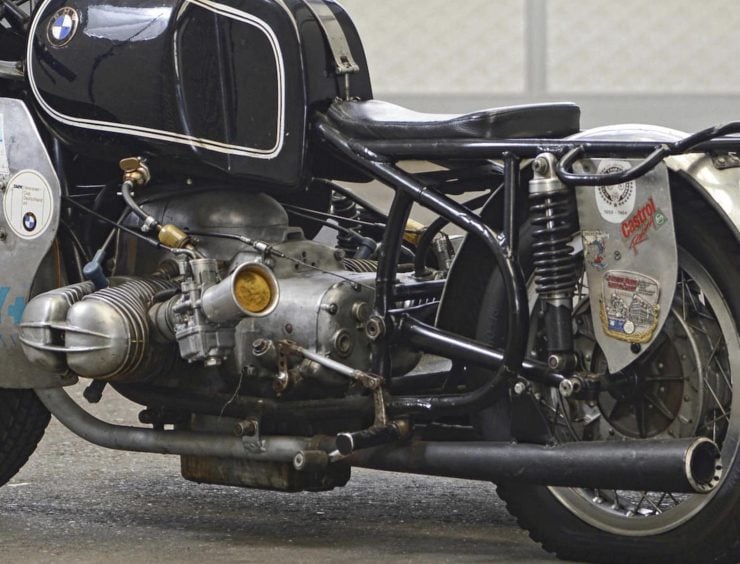 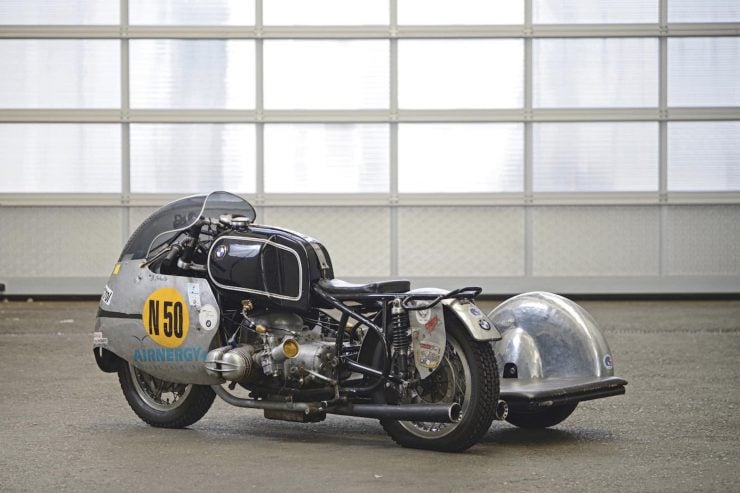 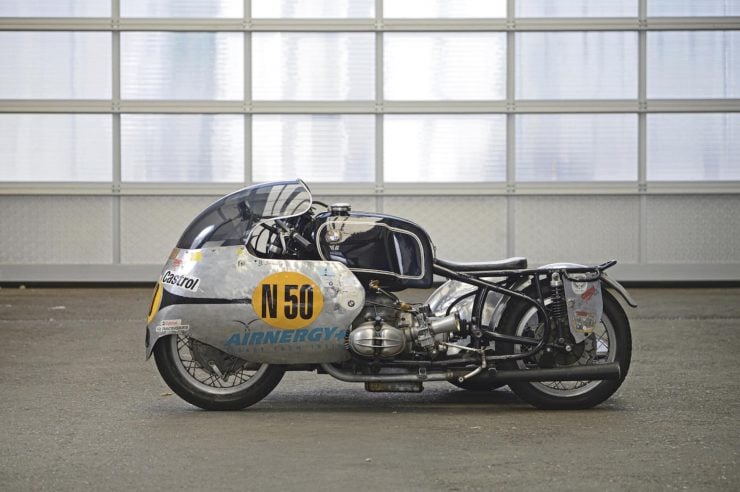 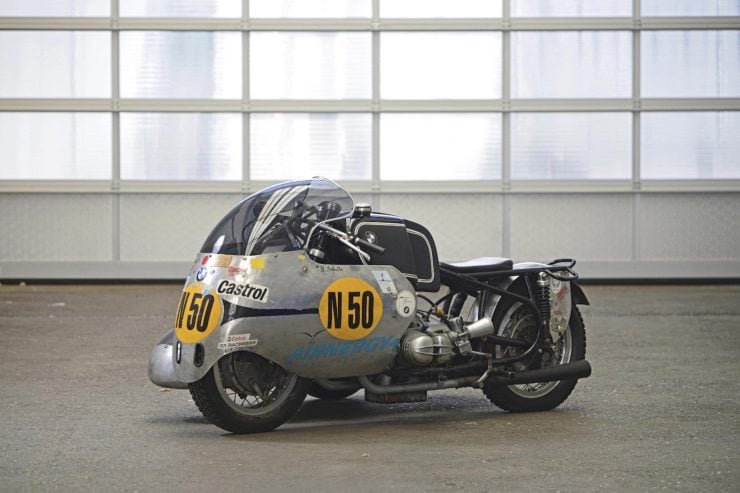 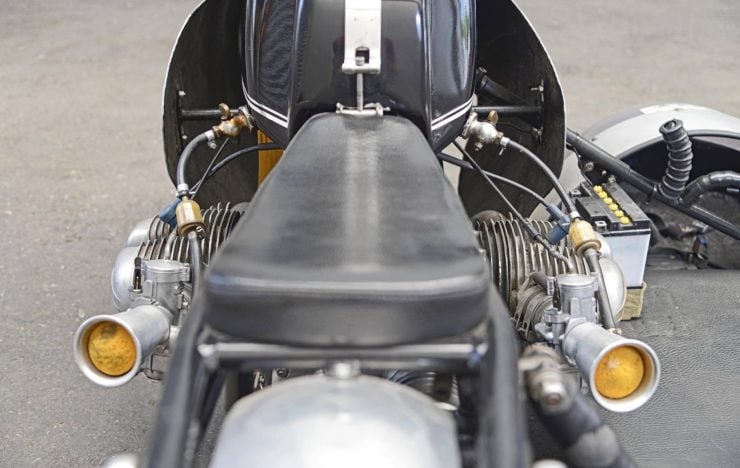 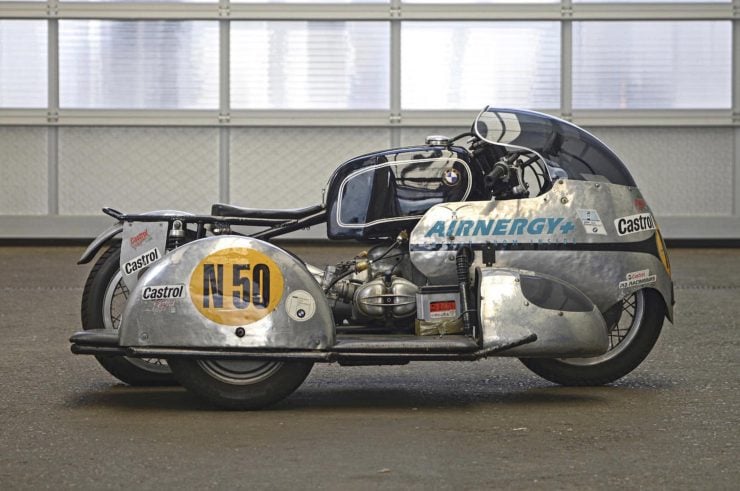 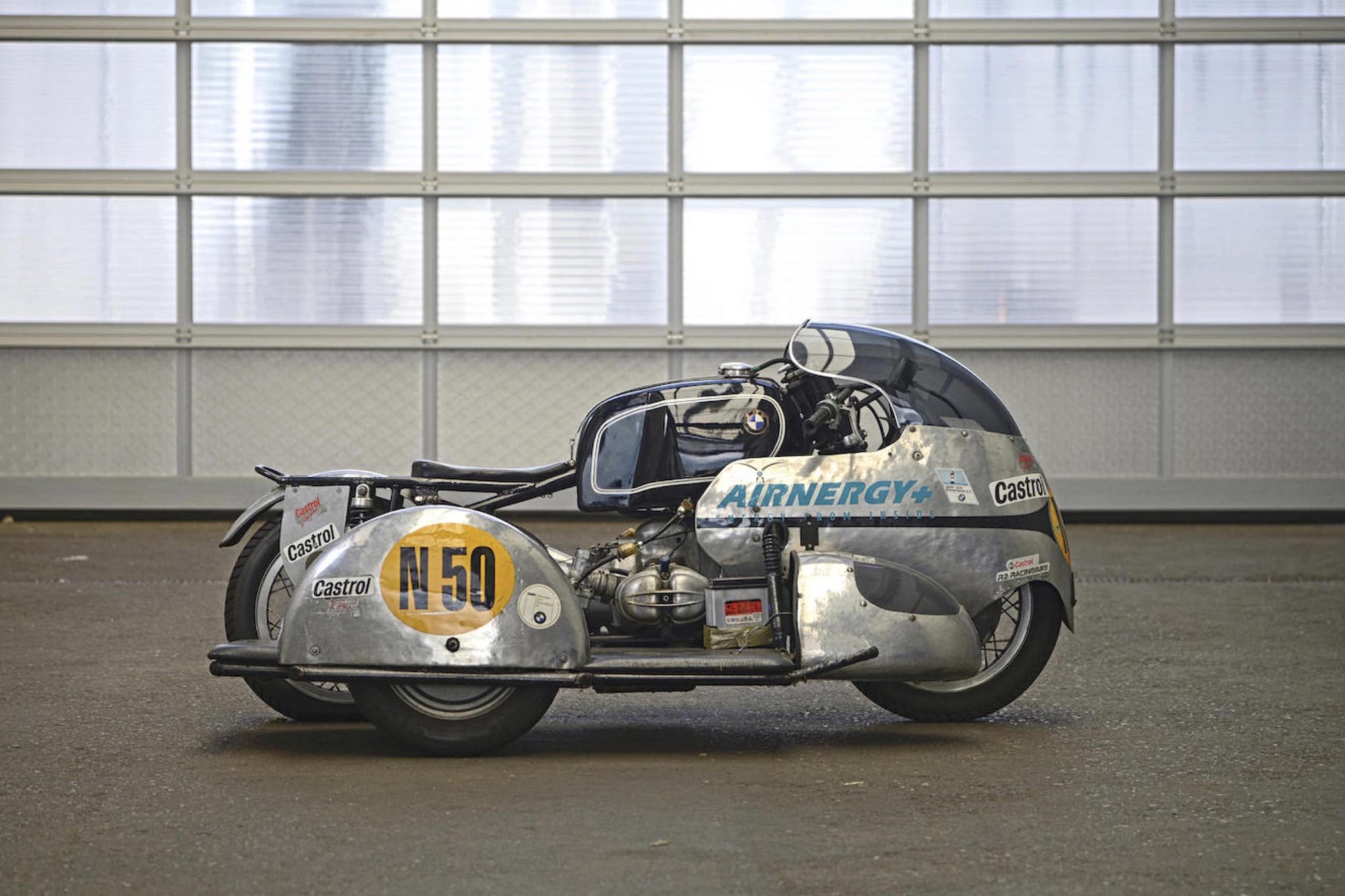