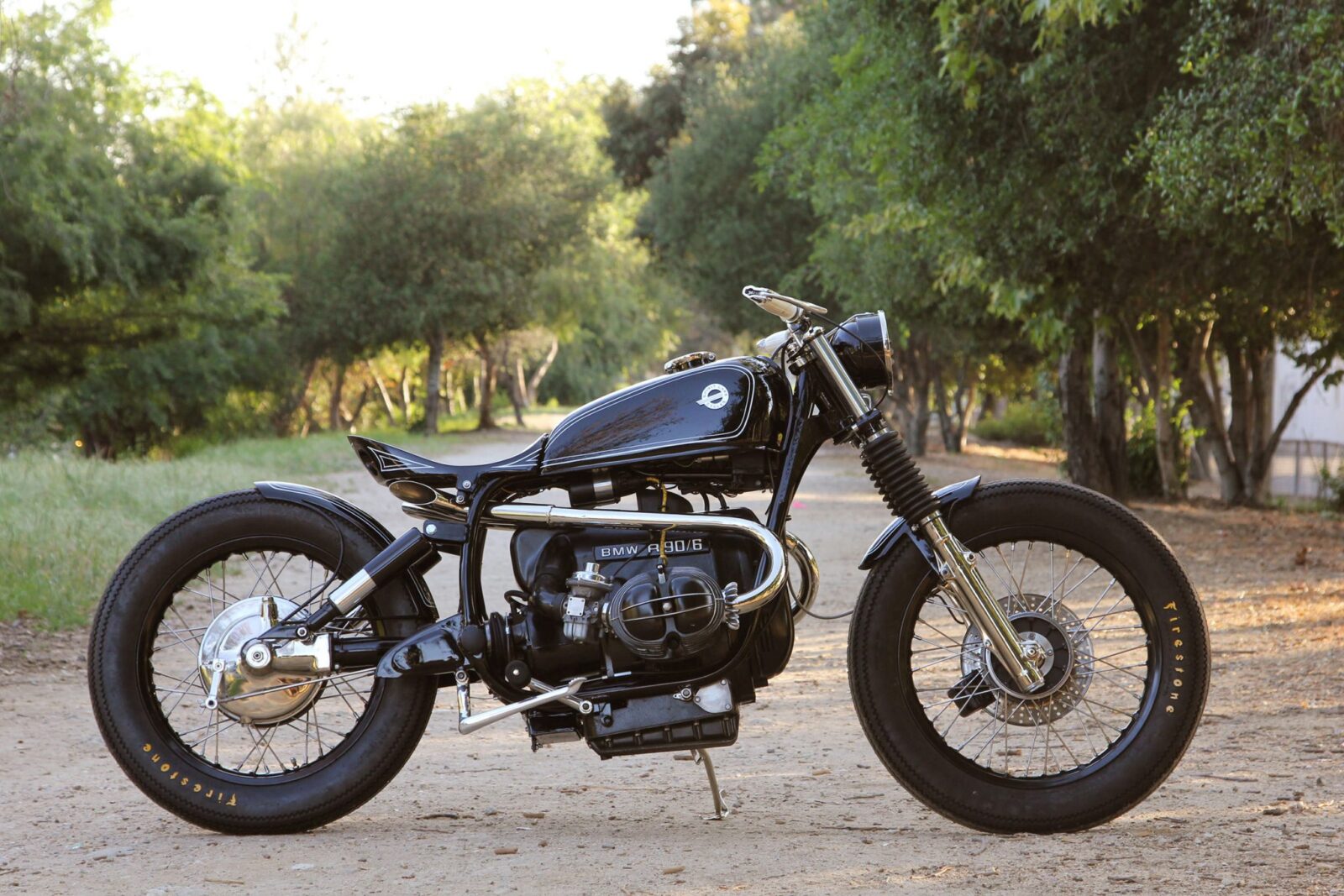 The BMW R90/6 was introduced in 1974 alongside the R90S – a motorcycle that would go on to win the first ever AMA Superbike World Championship in 1976. Both bikes utilised a 900cc air-cooled boxer twin, commonly referred to as an “air-head” and both sent power to the rear wheel via a 5-speed transmission and shaft drive.

We’ve been seeing a trend in recent years towards older, air-cooled motorcycles and the BMWs from the ’70s have been amongst the most popular. That said, I don’t think we’ve ever seen one that looked quite like this. It started life as a stock 1976 R90/6 before being customised in the Blitz and Brat schools of thought, this didn’t last long however as it was decided that the bike had the potential to be modified further – into something truly unique.

A slim Honda CB360 fuel tank was sourced, modified and fitted, the tail section was then cropped and a new seat was fabricated. The seat was designed to flow on from the fuel tank in a continuous line and interestingly – it was decided to forgo upholstery. A new set of shocks were added, necessitating new mounts lower down on the cropped frame. The standard exhaust was binned and two new upswept, nickel-plated pipes were added, both exiting under the seat and out to the side. The rear hub, kickstand and foot controls were also nickel-plated – personally I prefer this to chrome as it has a warmer, less blingy feel to it.

That eye-catching headlight was found on an old American truck from the ’60s, it was sourced from Garage Company in Inglewood and was powder-coated and polished before being mounted.

This is the second bike we’re featured from Ken and Brian at Spirit Lake Cycles, the first was the retro-tastic Garelli Monza GT. Both bikes are excellent in their own right, as well as remarkably different from one another, so we’re looking forward to seeing the next creation from the Spirit Lake Cycles workshop. 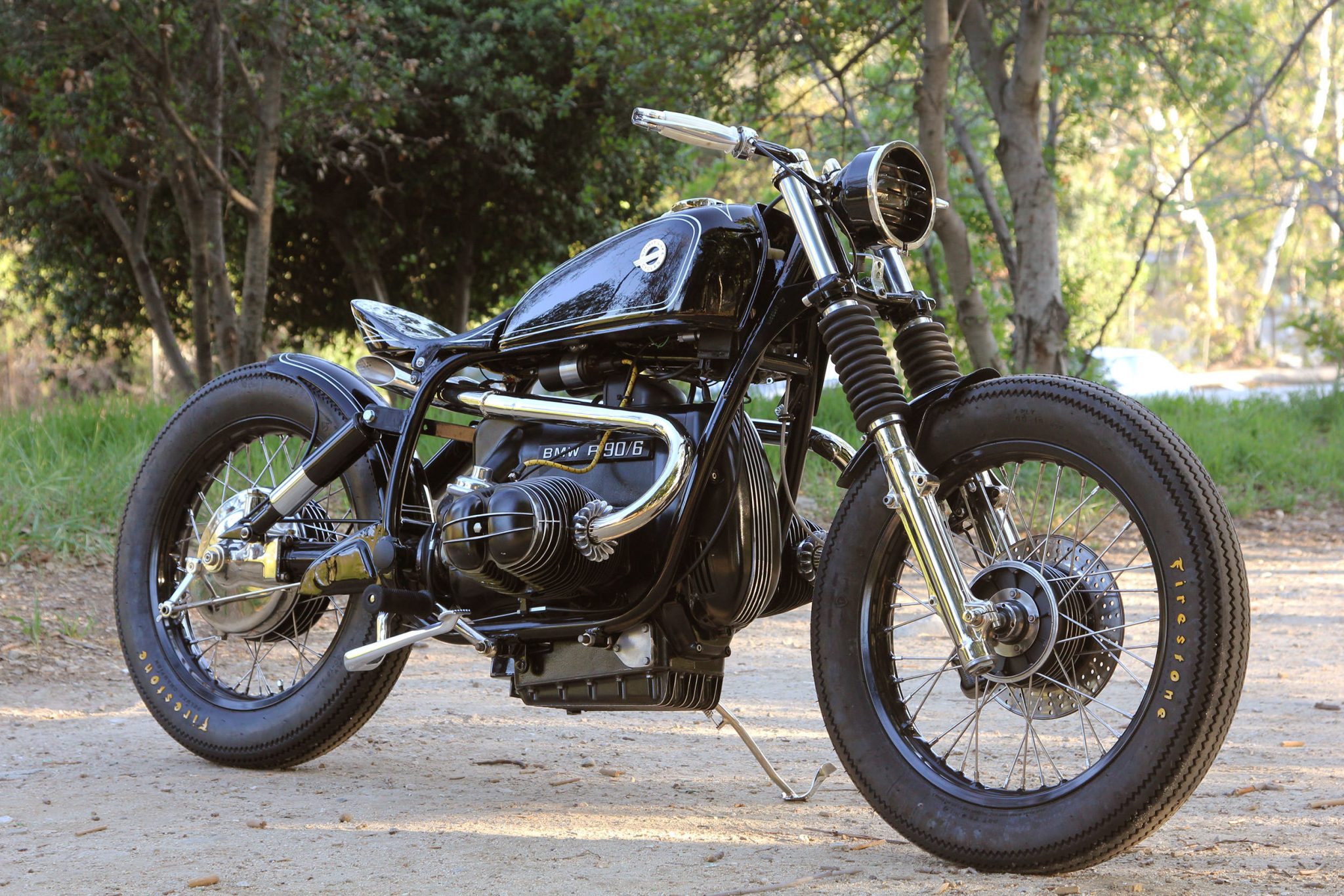 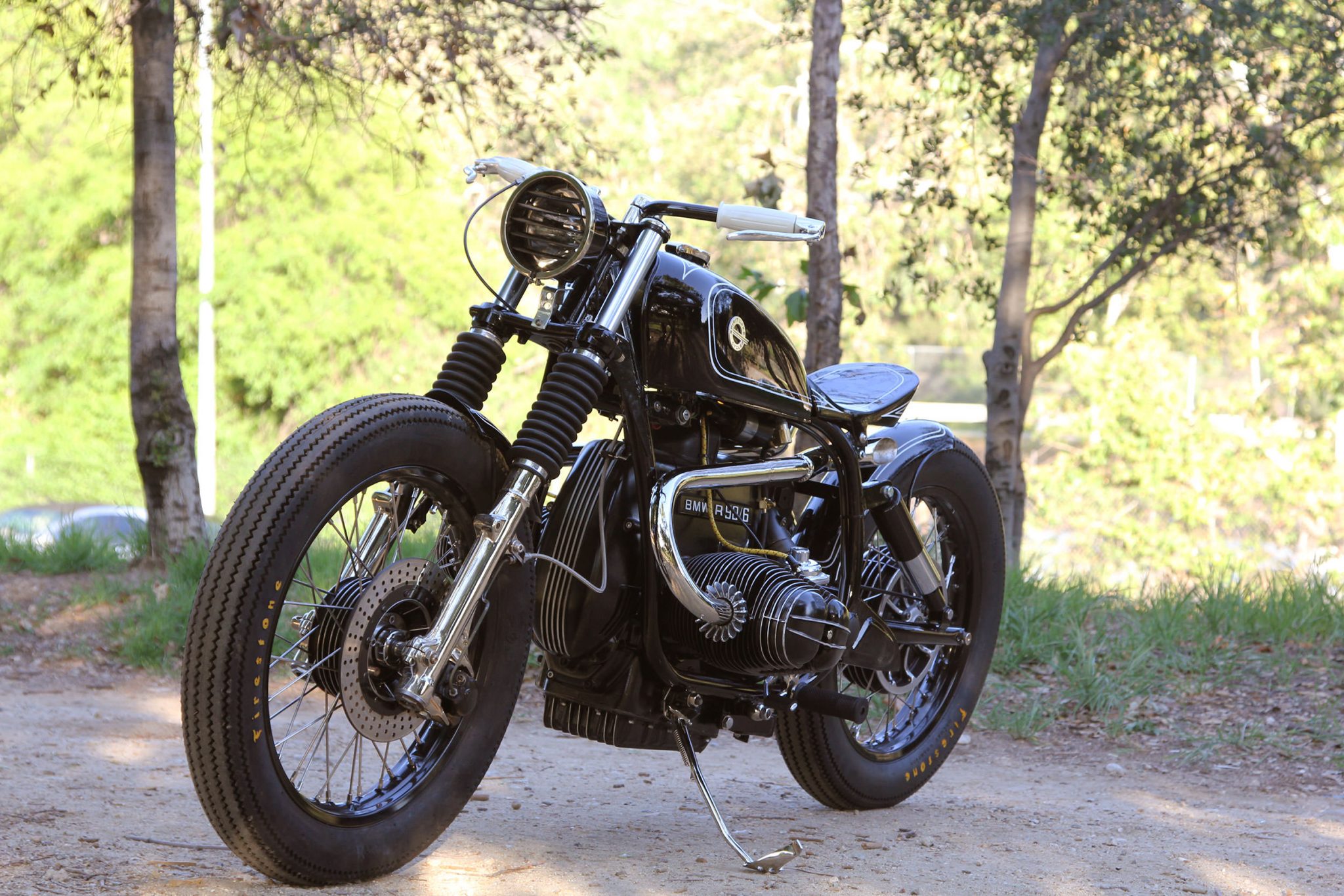 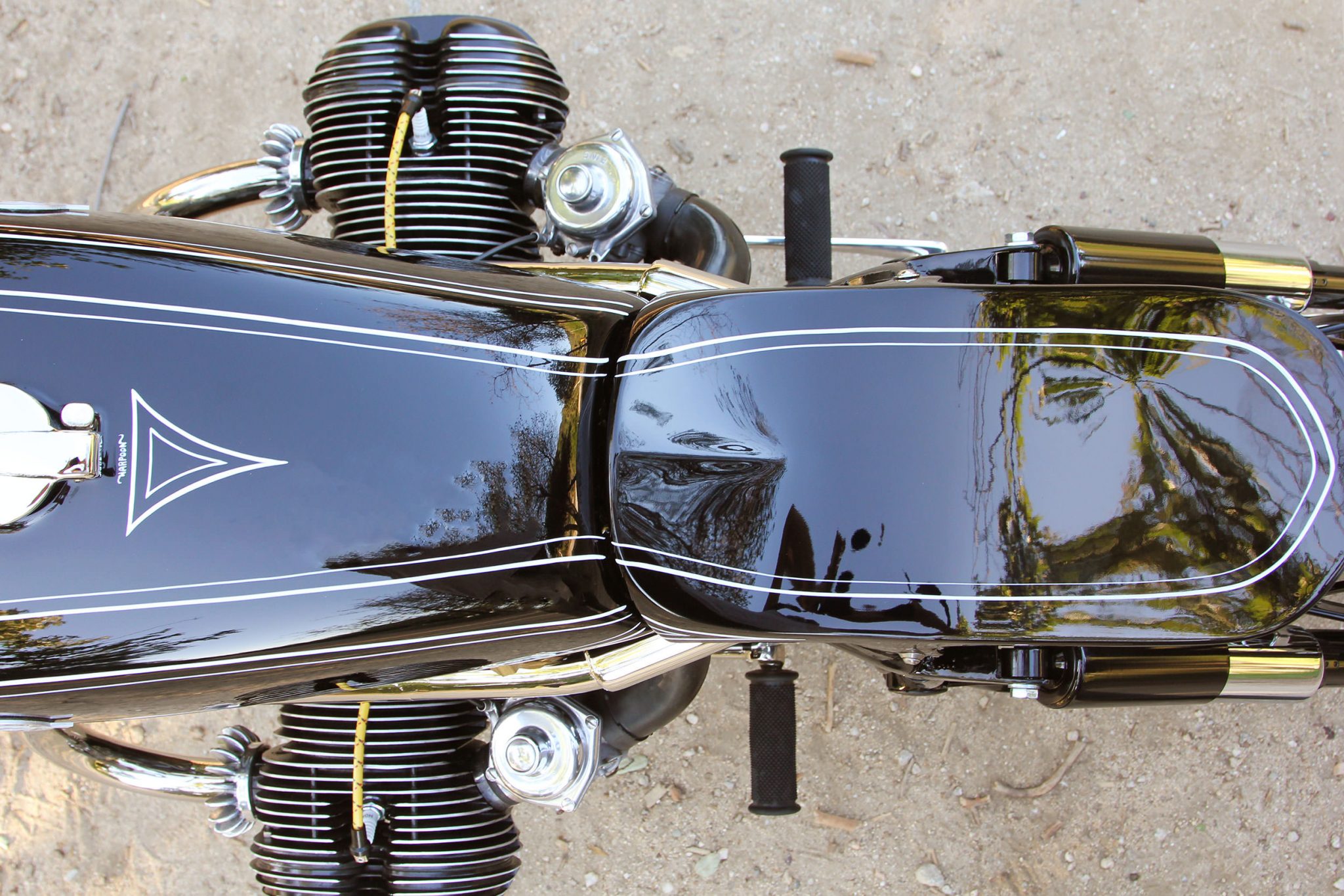 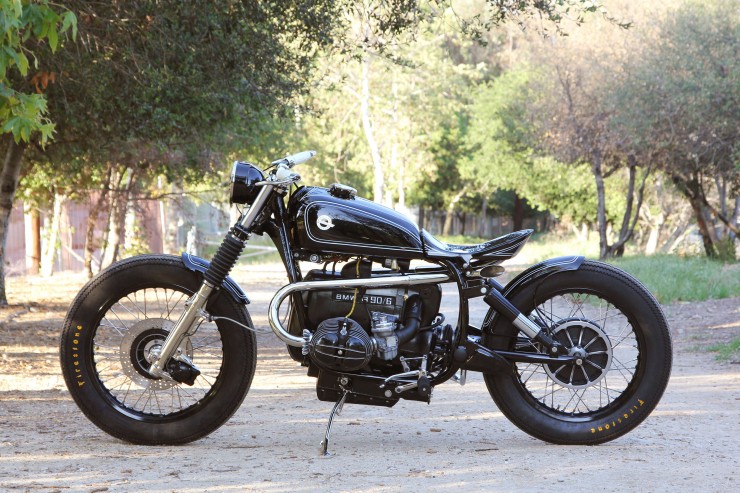 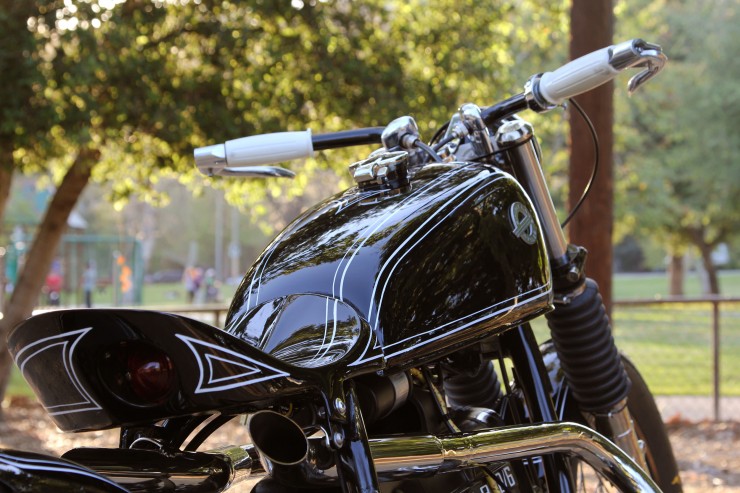 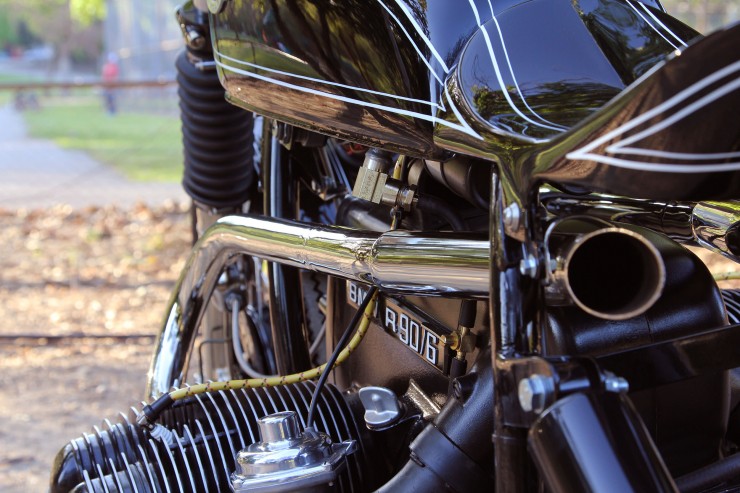 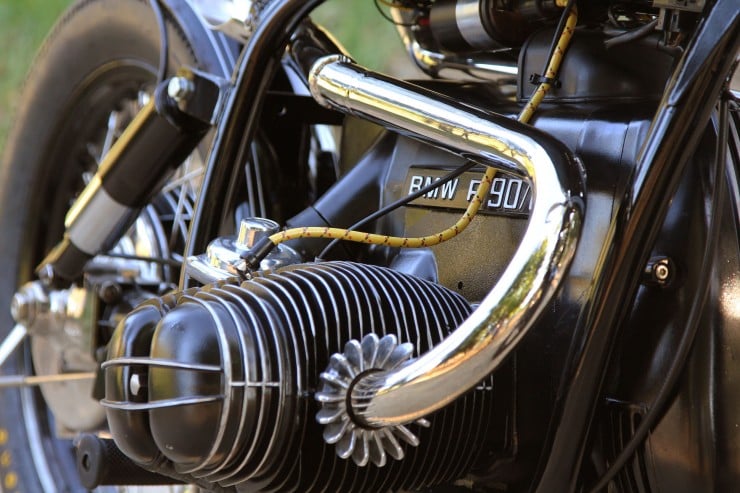 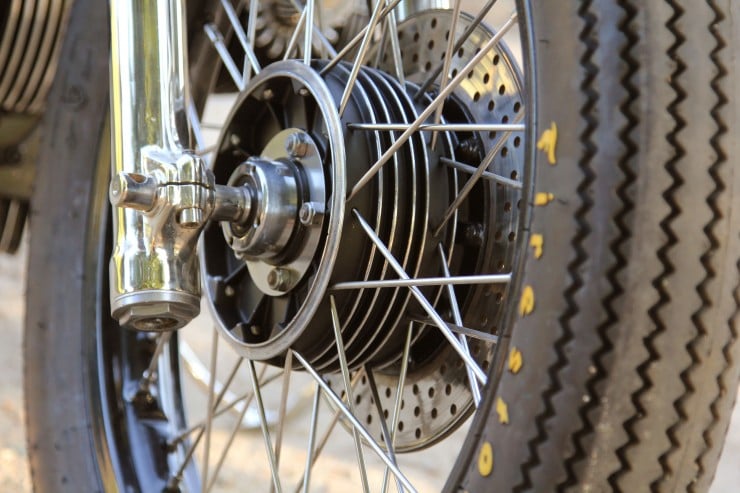 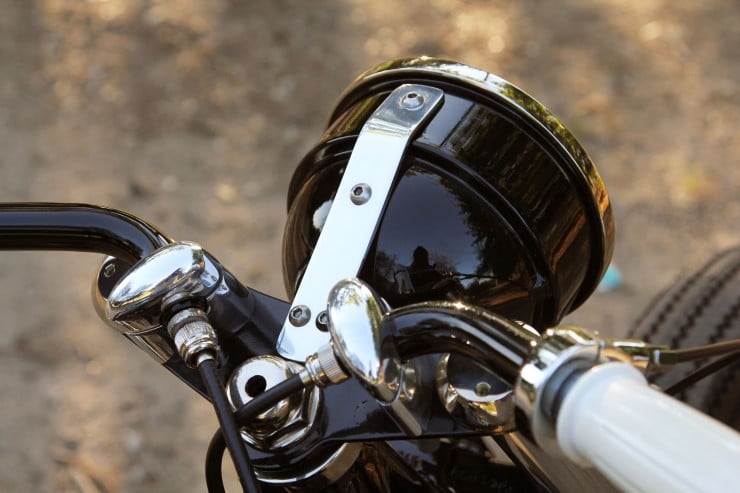 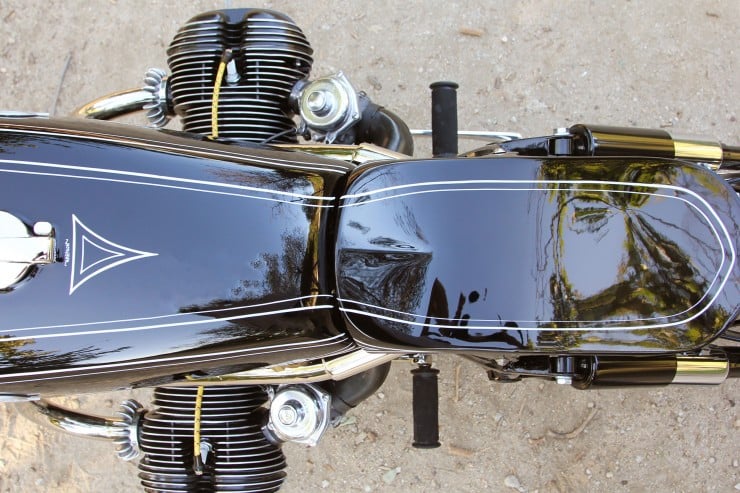 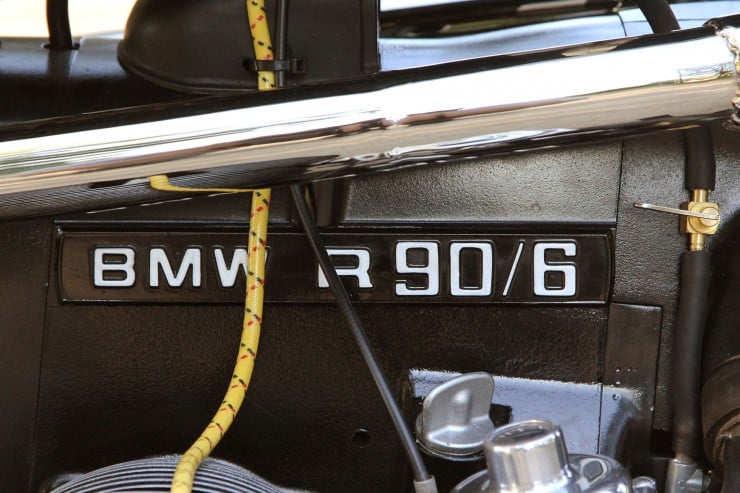 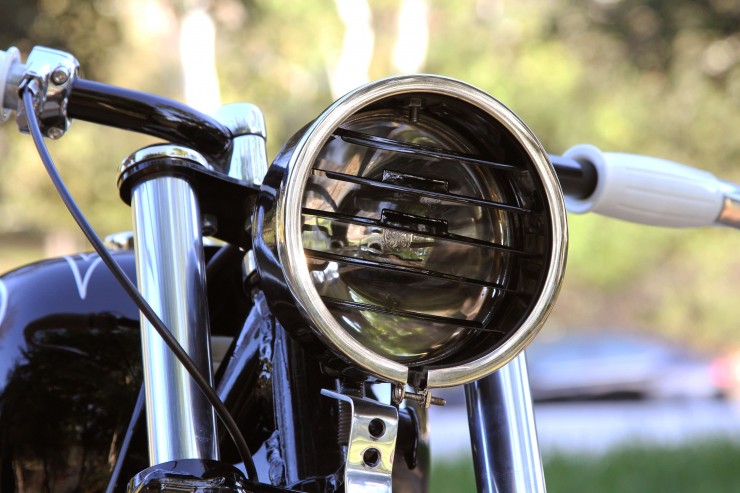 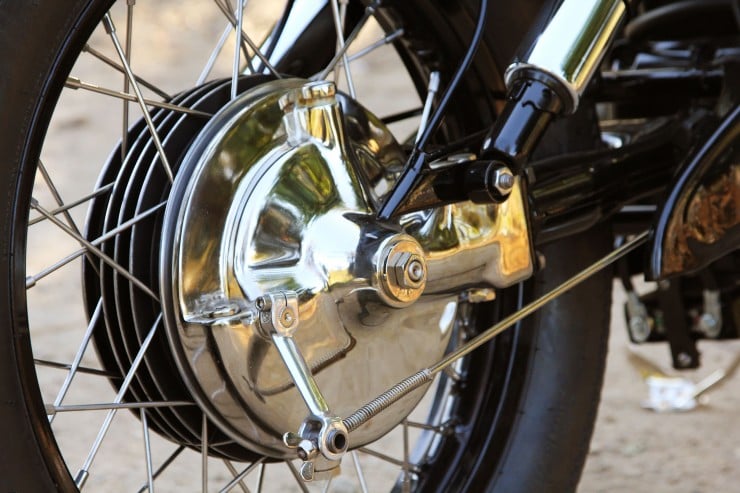 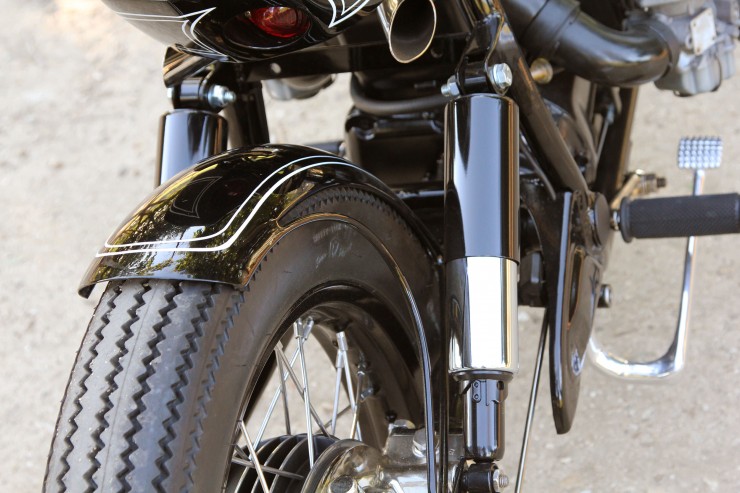 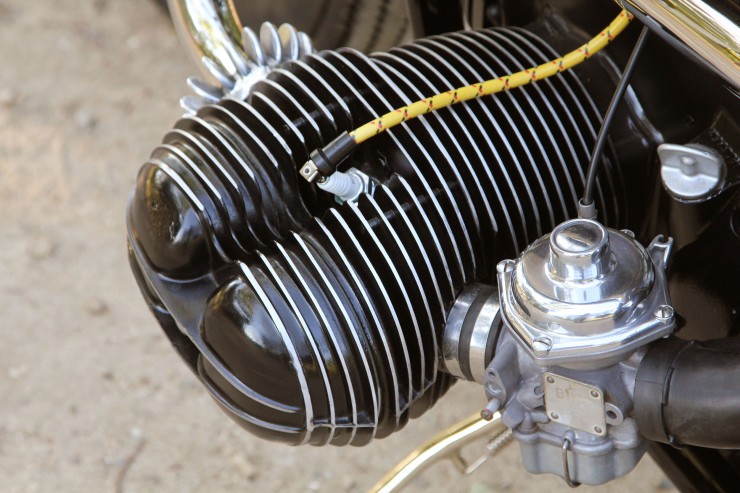 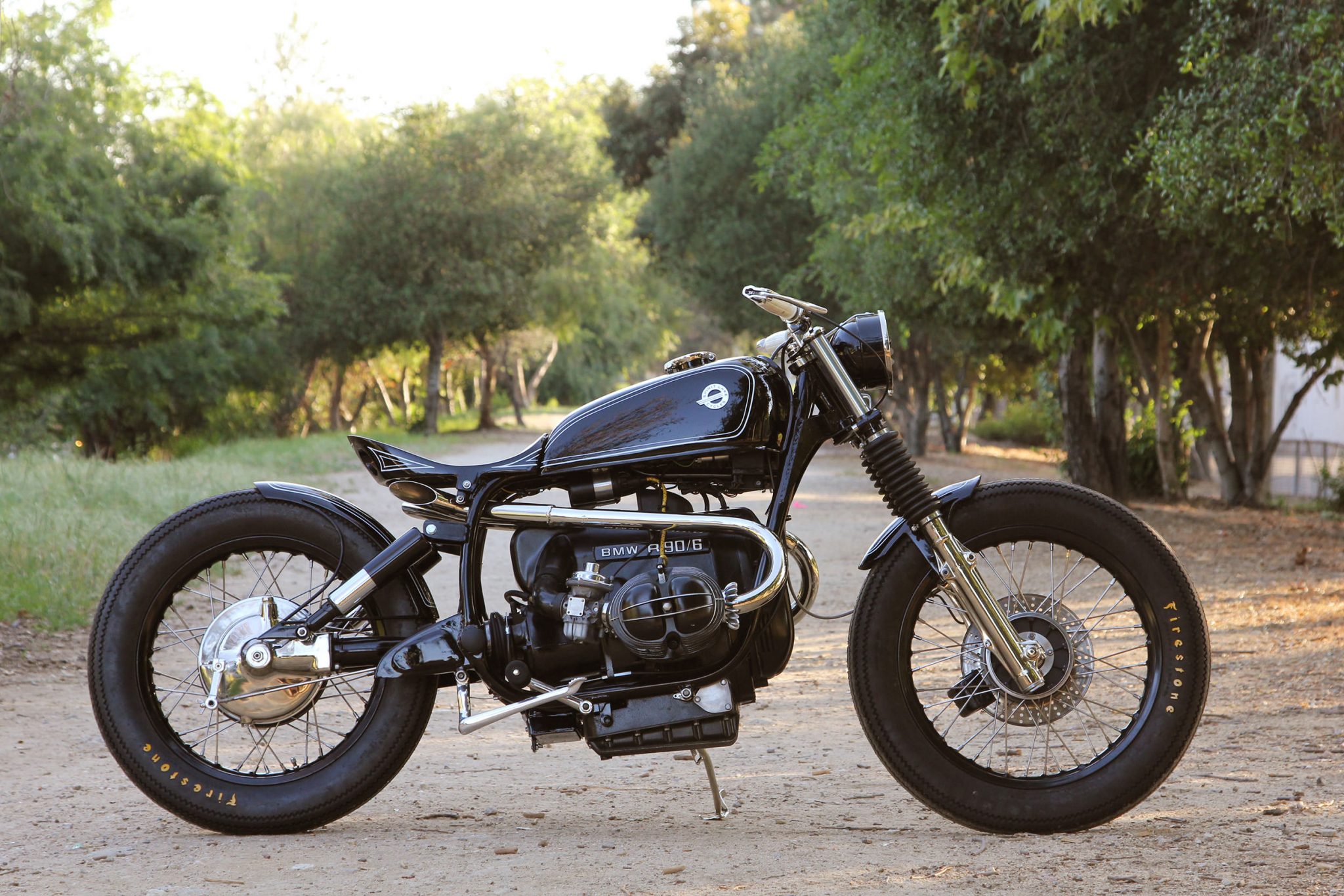