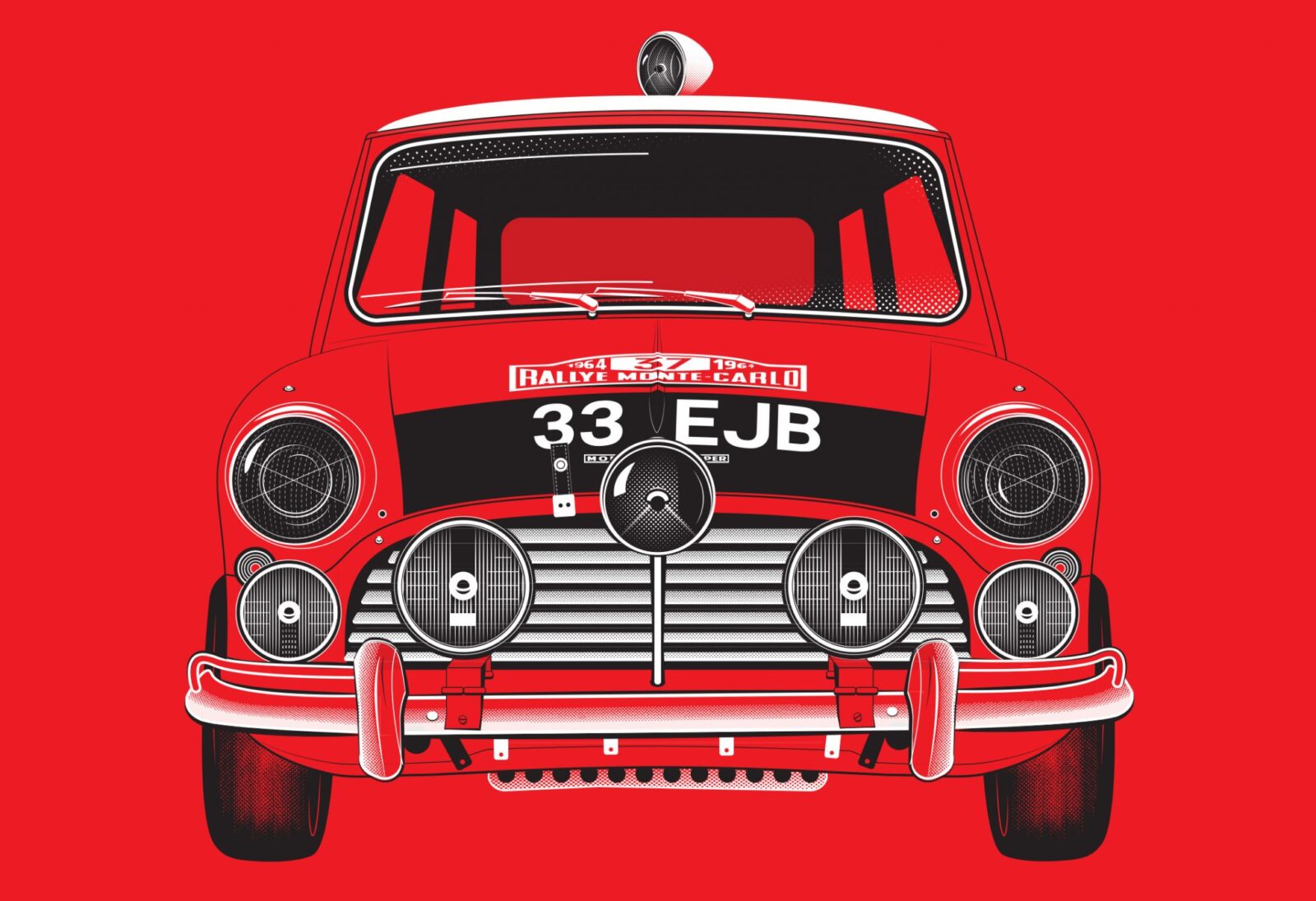 The iconic status of the Mini was forever set in stone when the little car won the 1964 Monte Carlo Rally. It was racing against far larger and more powerful cars but its lightweight, front wheel drive and go kart handling launched it to the front of the pack – where it stayed through rain, hail and snow.

This design by Tony Pierce captures the spirit of the car exceptionally well, and its available as a 24” x 18” print screened by hand on French Paper stock by Kansas City’s La Cucaracha Press. At $30 it offers great value, and it’s an order of magnitude more original than most of the art that people put on their walls. 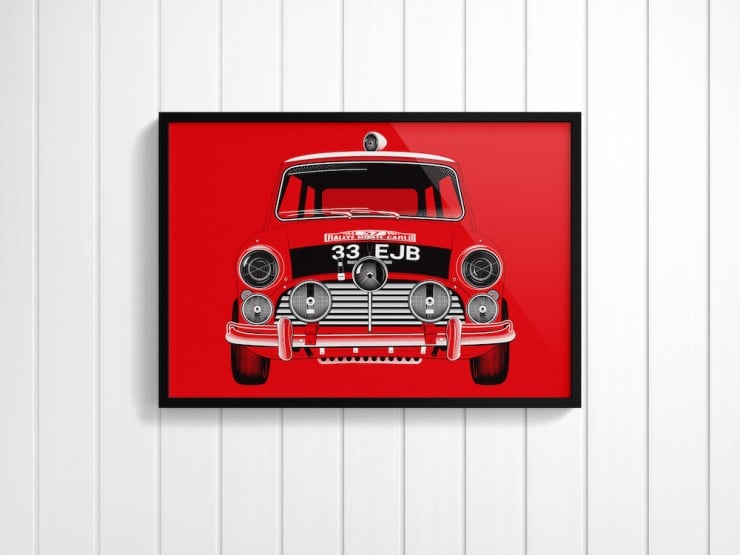 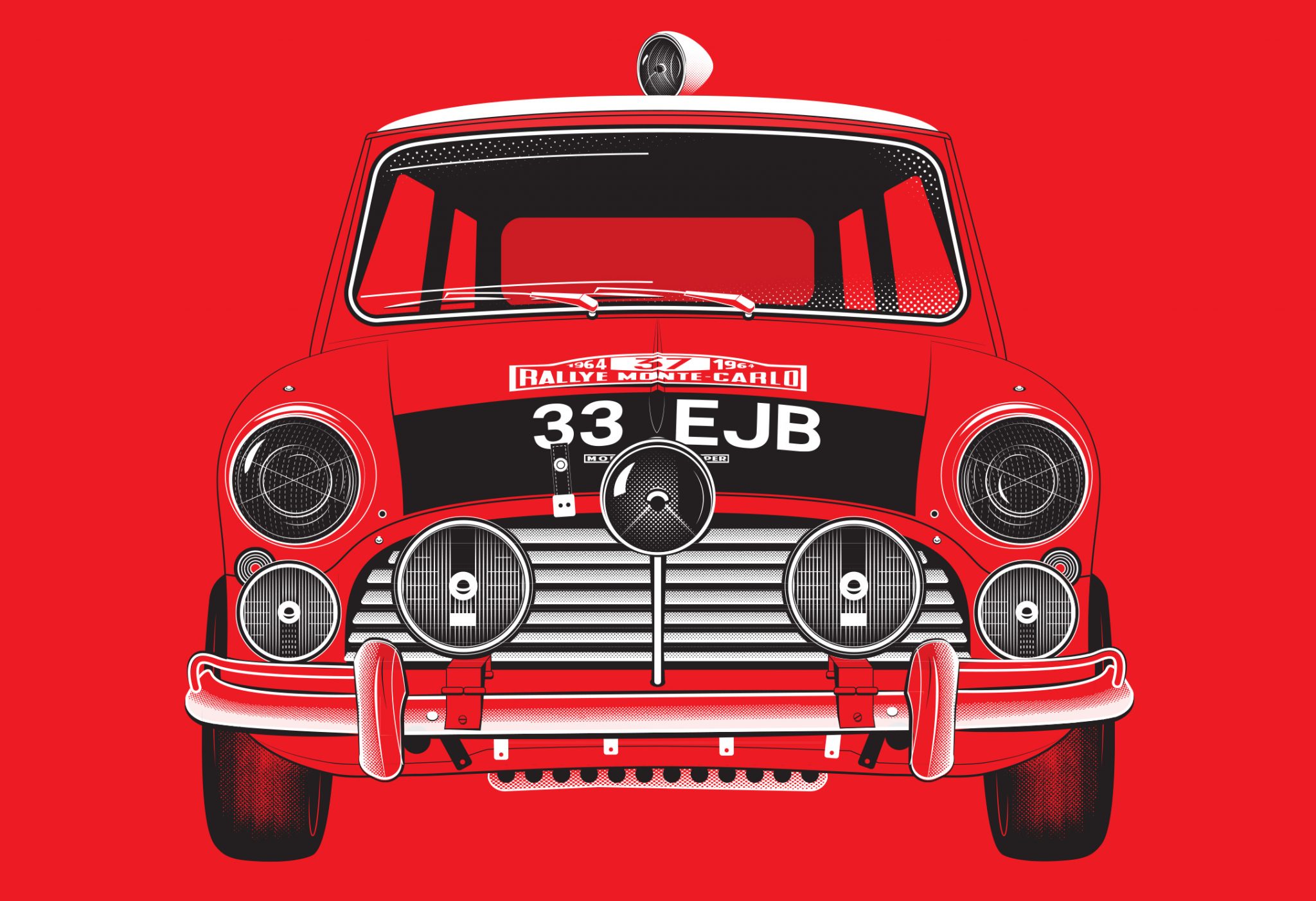