The team at Blitz Motorcycles have a refreshingly heretical approach to custom motorcycle design, they forgo the usual spit and polish, instead focussing on truly rideable cafe racers, scramblers and urban trackers. Their bikes often look pre-aged and their style is so unique you can spot them from a distance and be entirely sure it’s a Blitz special.

The bike started life as a BMW R60/6 however a lot of what you see here has been modified, replaced or refrabricated. That tank is off an old BSA and came with the phrase “The Black Bastard” already written on it (anyone who’s worked on old British motorcycles will understand that sentiment), the headlight came from a French Mobylette moped.

The handlebars on the BSW are Tomaselli and the levers are Doherty, the subframe and seat were made by hand in-house and the leather straps on the tank were made by Fleet Ilya. The finished bike is unmistakably a Blitz and though opinion is often divided about their style, I invariably love their new bikes.

Click here to visit Blitz or check out our feature on their Stealth bike here or their Lucky #13 BMW R100/7 here. 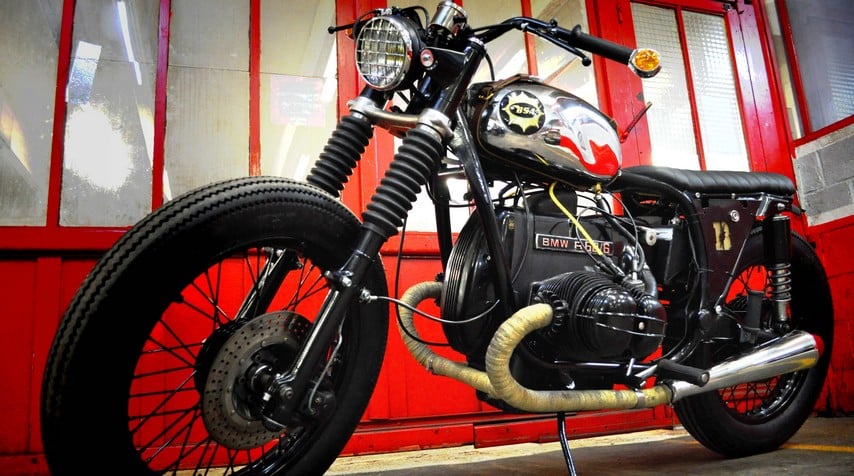 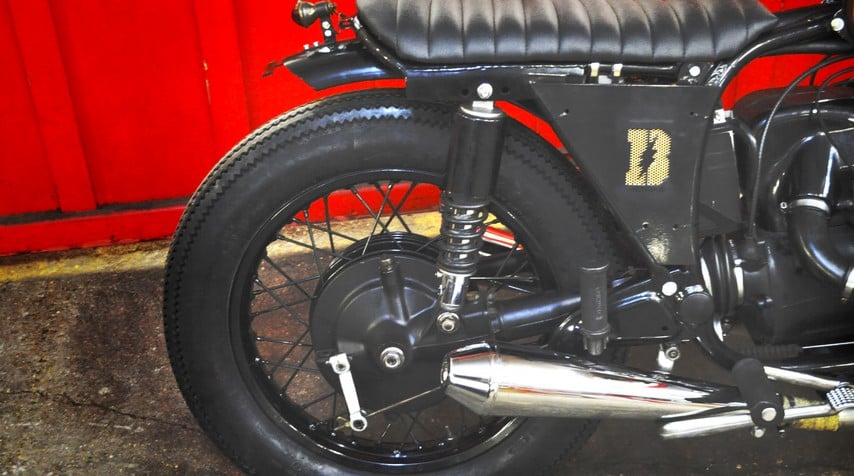 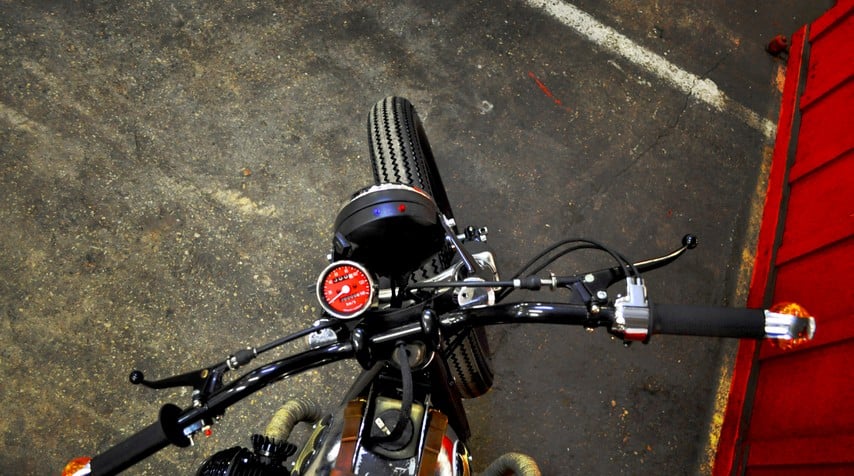 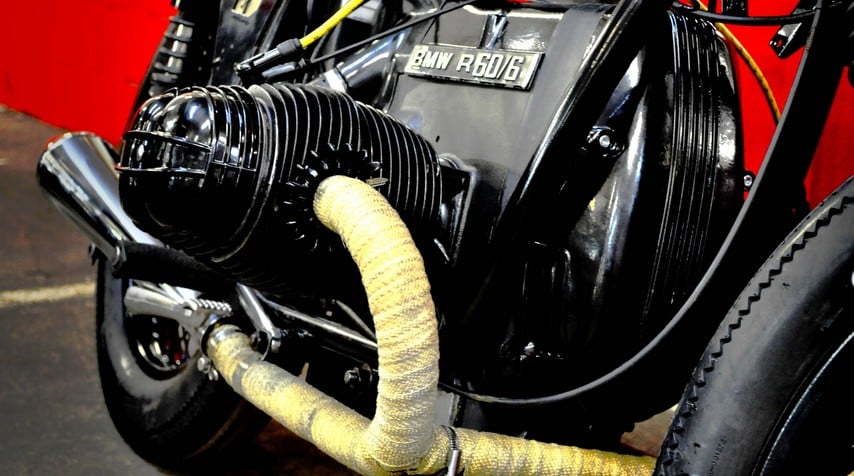 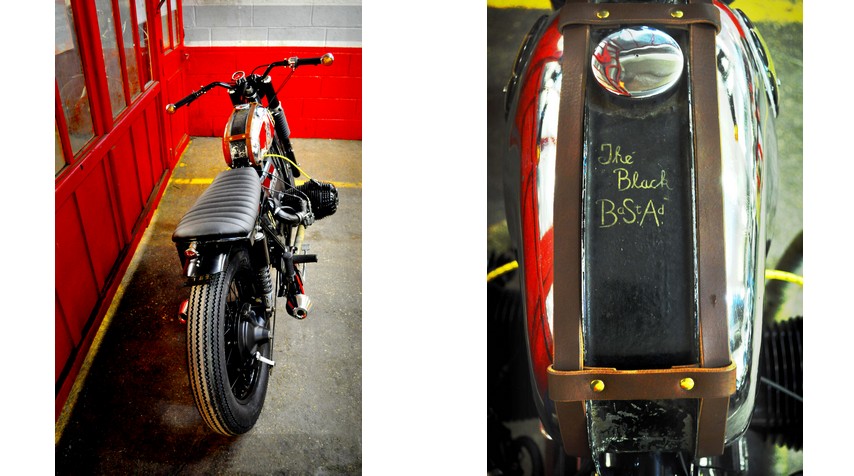 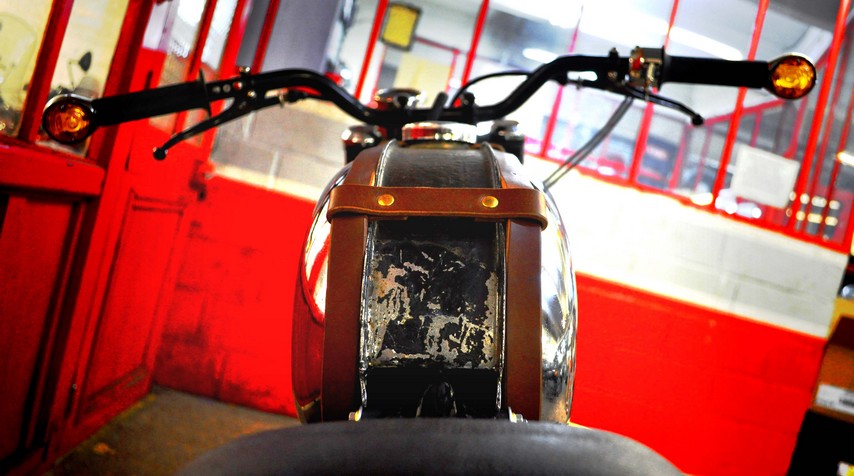 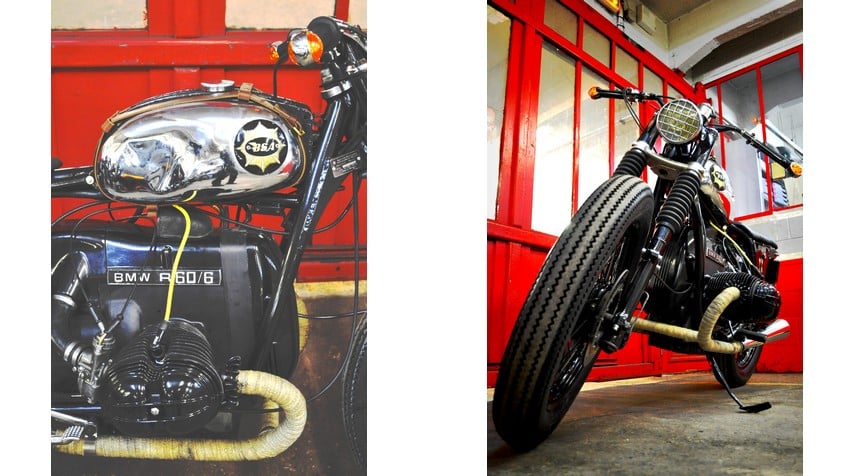 Published by Ben Branch - September 10th 2012
Related Posts
A 1968 Fuji Go-Devil: The Folding Motorcycle That Fits In A Suitcase