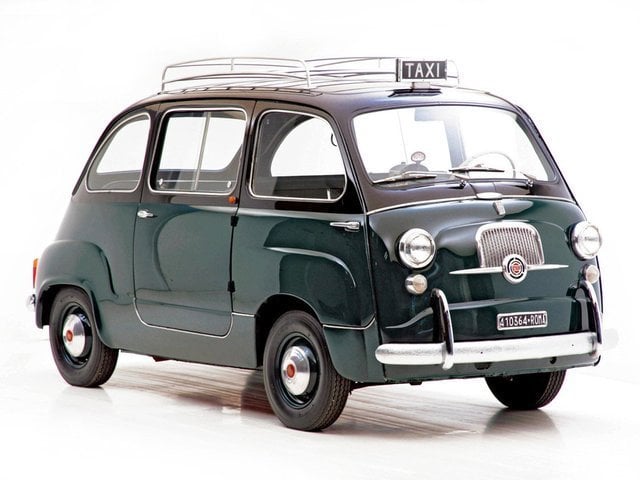 The Fiat 600 Multipla was the result of WWII austerity in Europe and the need for very cheap motorcars that could carry more than 2 people, as well as luggage. The Multipla was based on the standard Fiat 600 and both cars used the same floorpan, engine and transmission, the model pictured here is the taxi-cab version.

The Fiat Multipla reportedly had a 0-50 mph time of in 43 seconds and had a top speed of top speed of 57.1 mph. Interestingly, the car was capable of seating 6 adults on a wheelbase just 50cm longer than the original Mini Cooper. A total of 2.7 million Fiat 600s were made with 243,000 of them being the Multipla special. 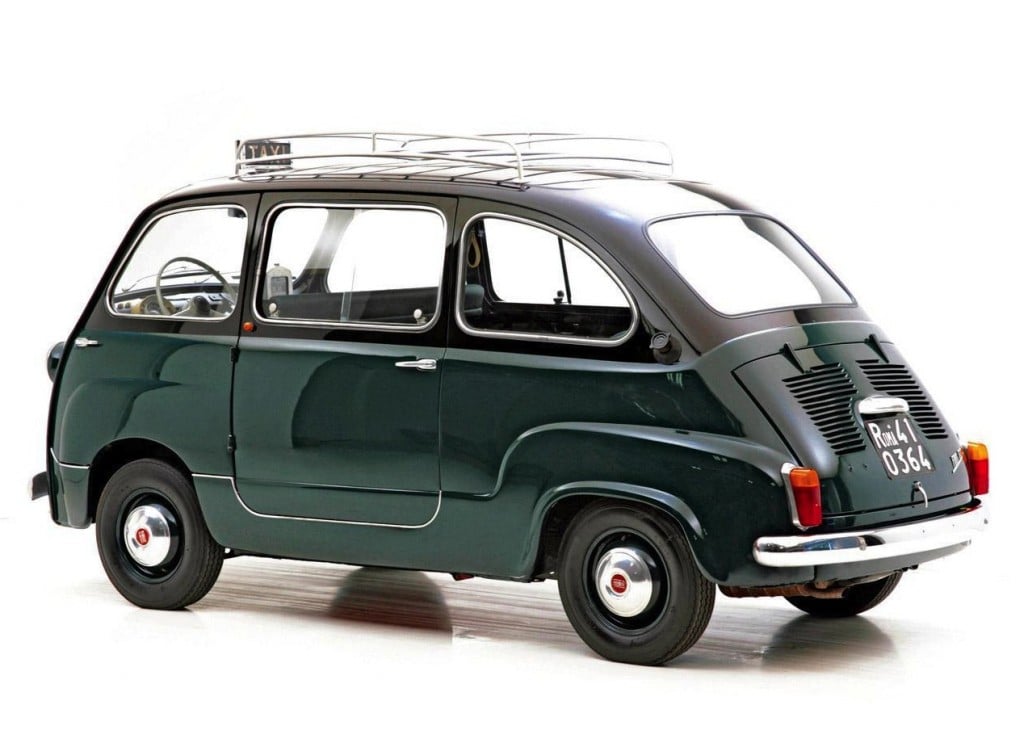