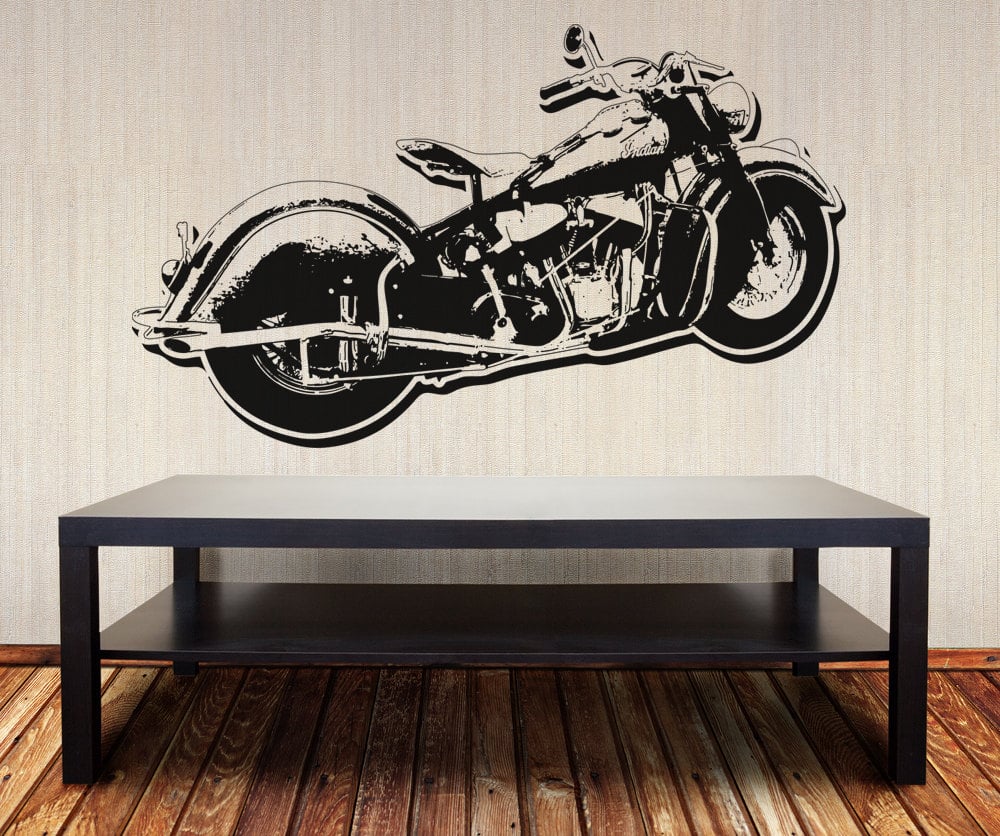 This Indian motorcycle wall print is designed for man-caves and bachelor pads. It’s not the sort of thing that the wife would approve of, unless she rides of course, so if you grab one you might want to put it up in the garage, shed or study.

Each print is made from high quality vinyl and are available here for $39.95 USD from Etsy.

Simply Cut Art specialises in creating 3D laser cut wall art, and much of it has a decidedly automotive angle – which is why…

The Evel Knievel Stunt Cycle was one of the most lusted after toys of the 1970s, it features a motorcycle with Evel Knievel aboard…

Editor’s Note: The claims made by the seller of this Triumph are in dispute, we’ve received numerous reports since this story was first published. As…