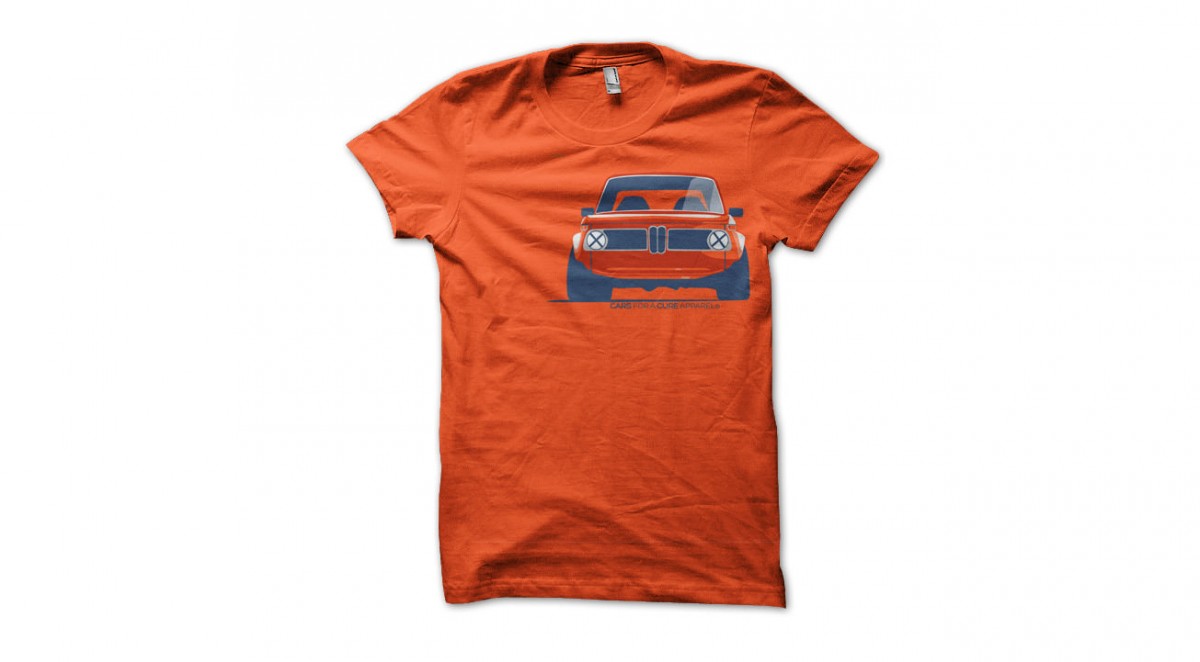 The BMW 2002 is a car that came into being through a remarkable coincidence that occurred in a BMW workshop in 1967. Helmut Werner Bönsch (BMW’s director of product planning) and Alex von Falkenhausen (designer of the M10 engine) both had a 2 litre engine fitted to their stock BMW 1600-2 company cars, this gave a significant performance boost without noticeably affecting weight distribution or gross weight.

The men didn’t realise until months later that they’d both made the same modification at roughly the same time, with no idea that anyone else had done it. After discovering this the men prepared a joint proposal to BMW’s board to officially build a 2 litre version of the 1600-2 – and thus the 2002 was born.

The shirt you see above was designed by Mason Watson as part of his Cars for a Cure campaign, Mason launched the campaign after losing his mother Sharon to breast cancer in 2008. He wanted to combine his art and design background with his passion for helping others in the same situation, the Cars for a Cure apparel collection has gone on to become very popular – with many designs selling out within days or weeks. Each sale has 20% of it’s value donated to The Breast Cancer Research Foundation®, so you’re helping find a cure without even needing to leave the computer. 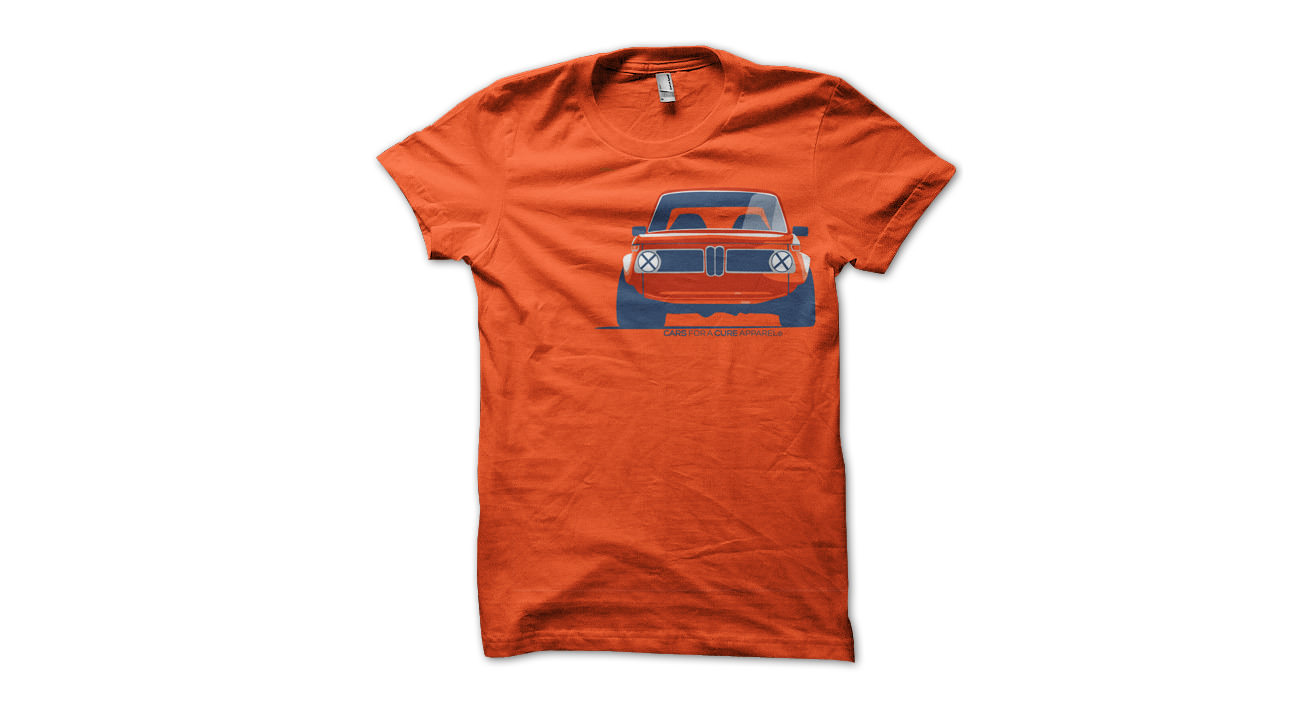