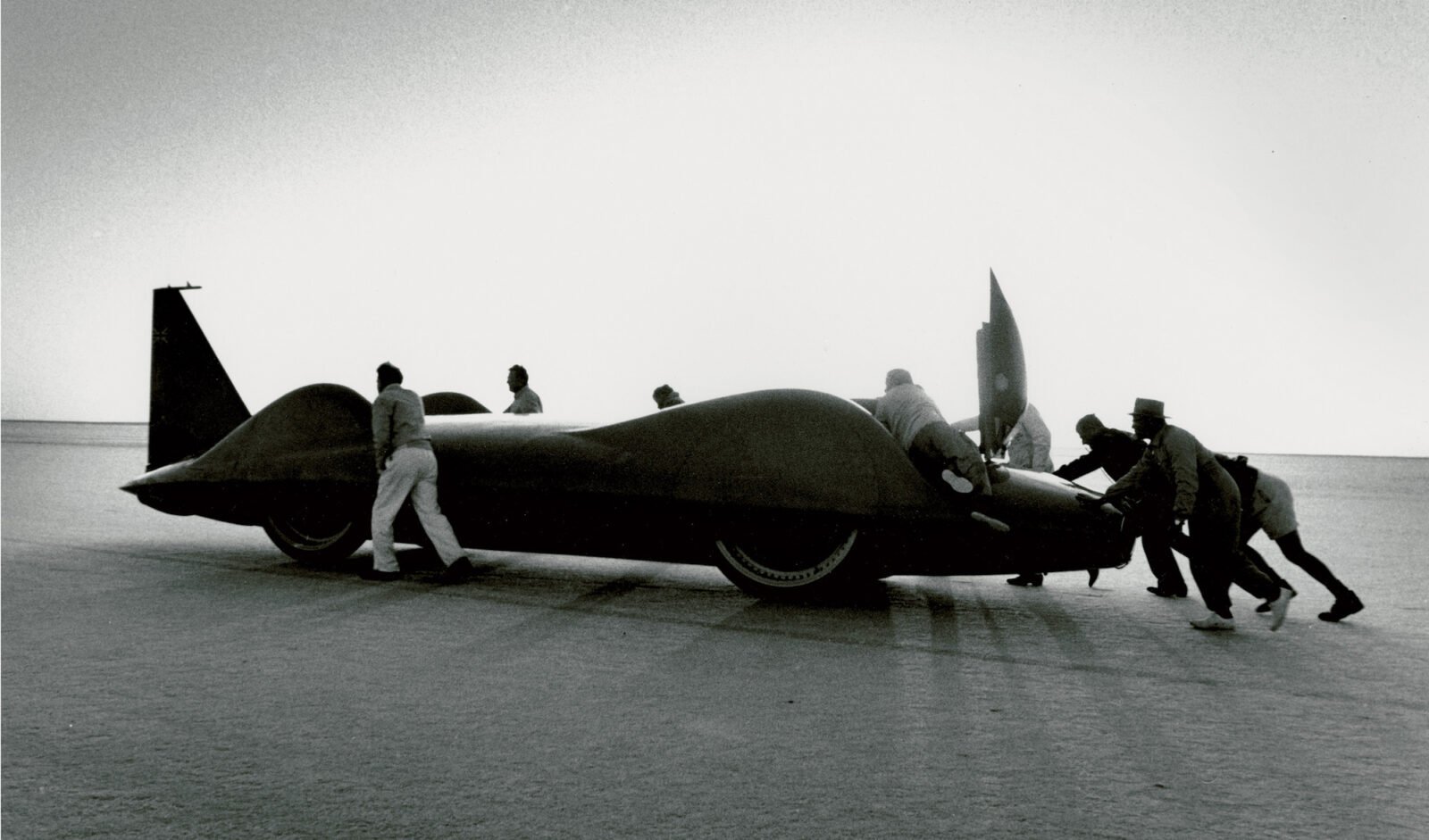 On the 17th of July 1964, Donald Campbell shattered the world land speed record with an average speed of 403.10 mph (648.73 kph) across the salt flats of Lake Eyre in South Australia. Lake Eyre is one of the few places in the world suitable for land speed record attempts, with its far more famous sibling being Bonneville – the remnants of an ancient lake in Utah.

Although Campbell had preferred the salt flats of Bonneville he realised after a catastrophic accident in 1960 that he needed to find a lake bed that was longer than the 11 mile Bonneville course. It hadn’t rained in Lake Eyre for almost 10 years which allowed a 20 mile course to be developed, the weather wouldn’t hold out for Campbell though and in 1964 he chose to race on a dangerous, rained-out course. He managed to set the record at 403 but was disappointed, Bluebird CN7 was capable of much more – maybe even 500 mph under the right conditions.

Read more via Australian Geographic or click the image below to view the full-size desktop wallpaper in a new window. 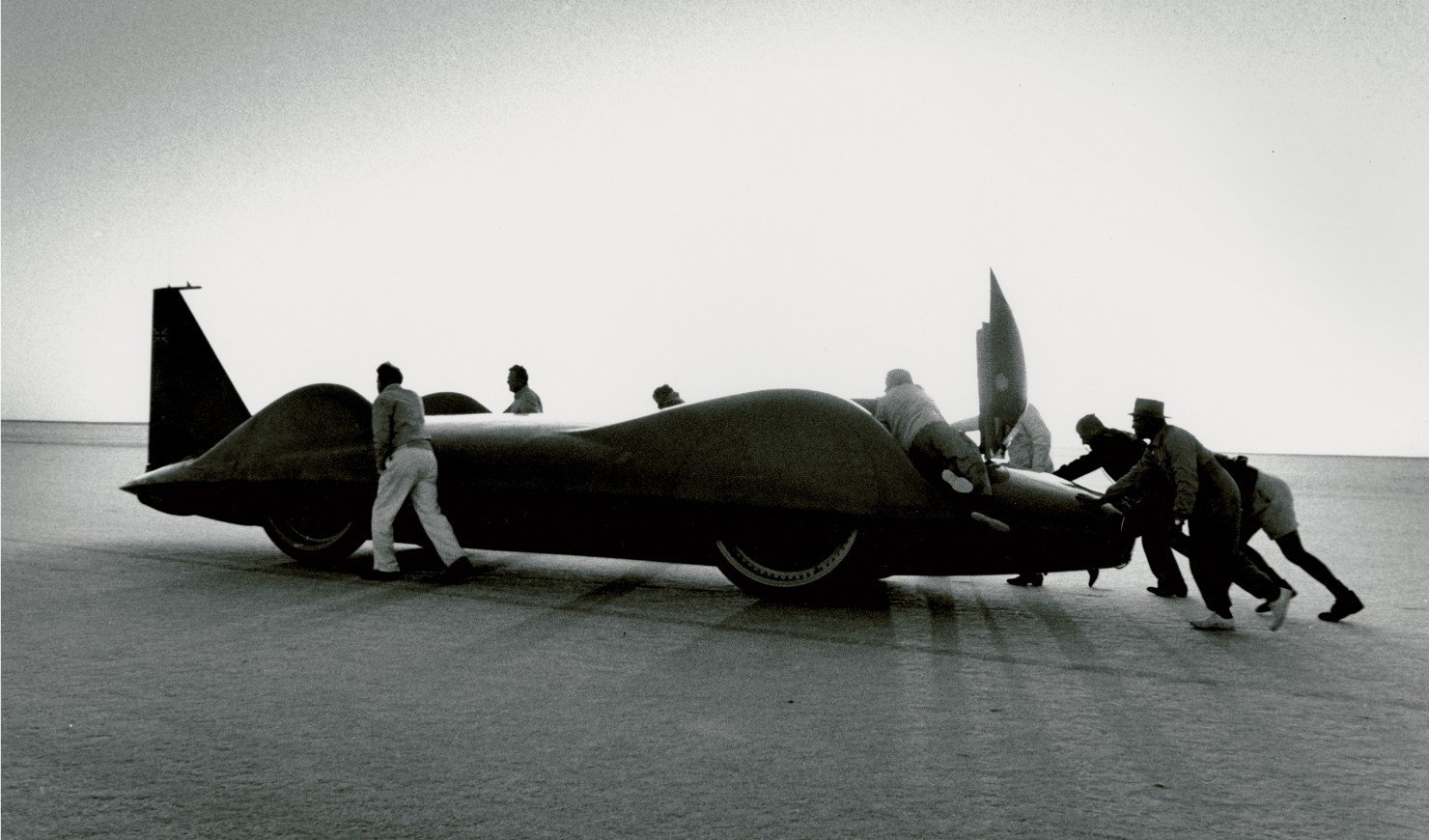 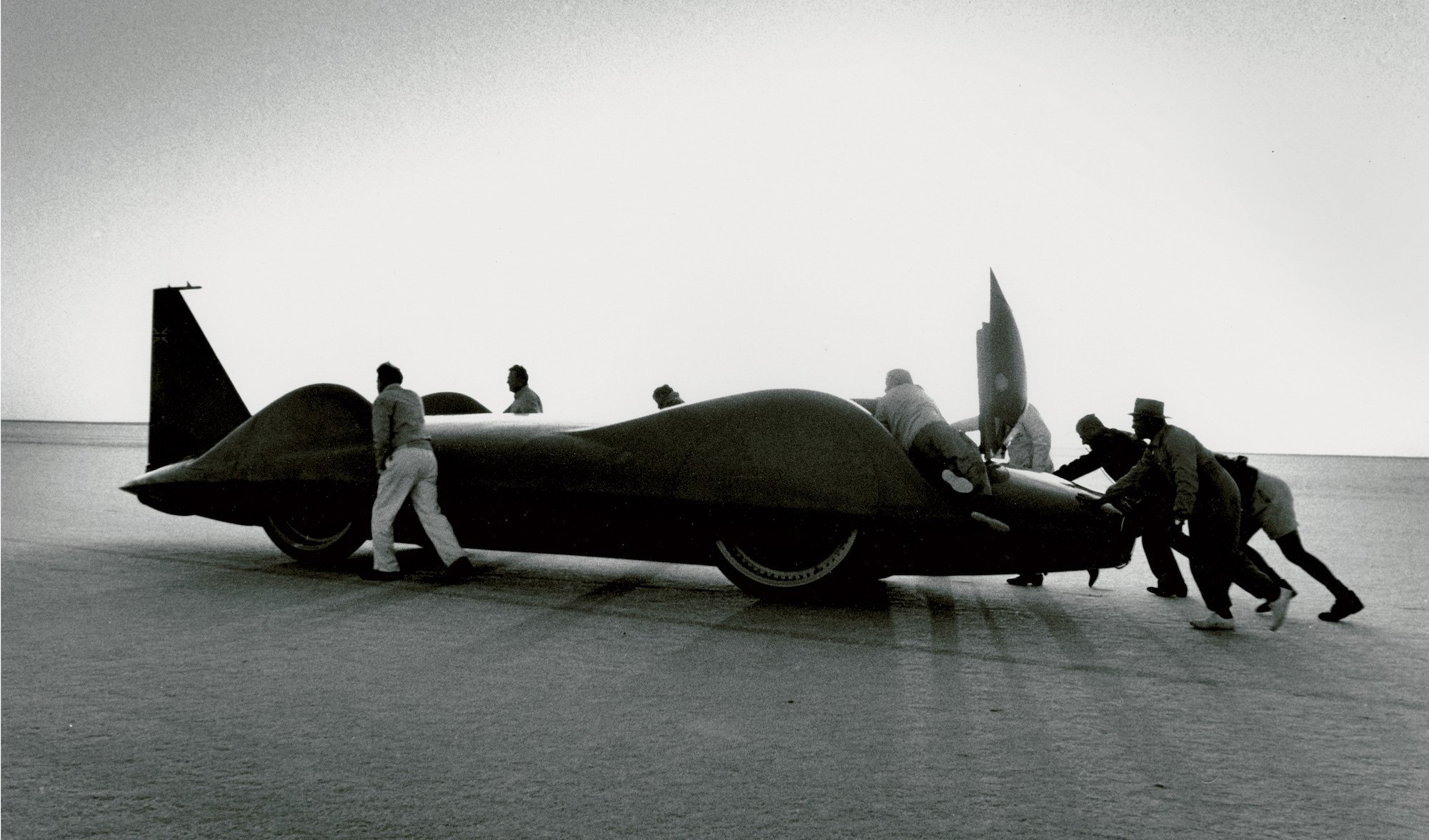