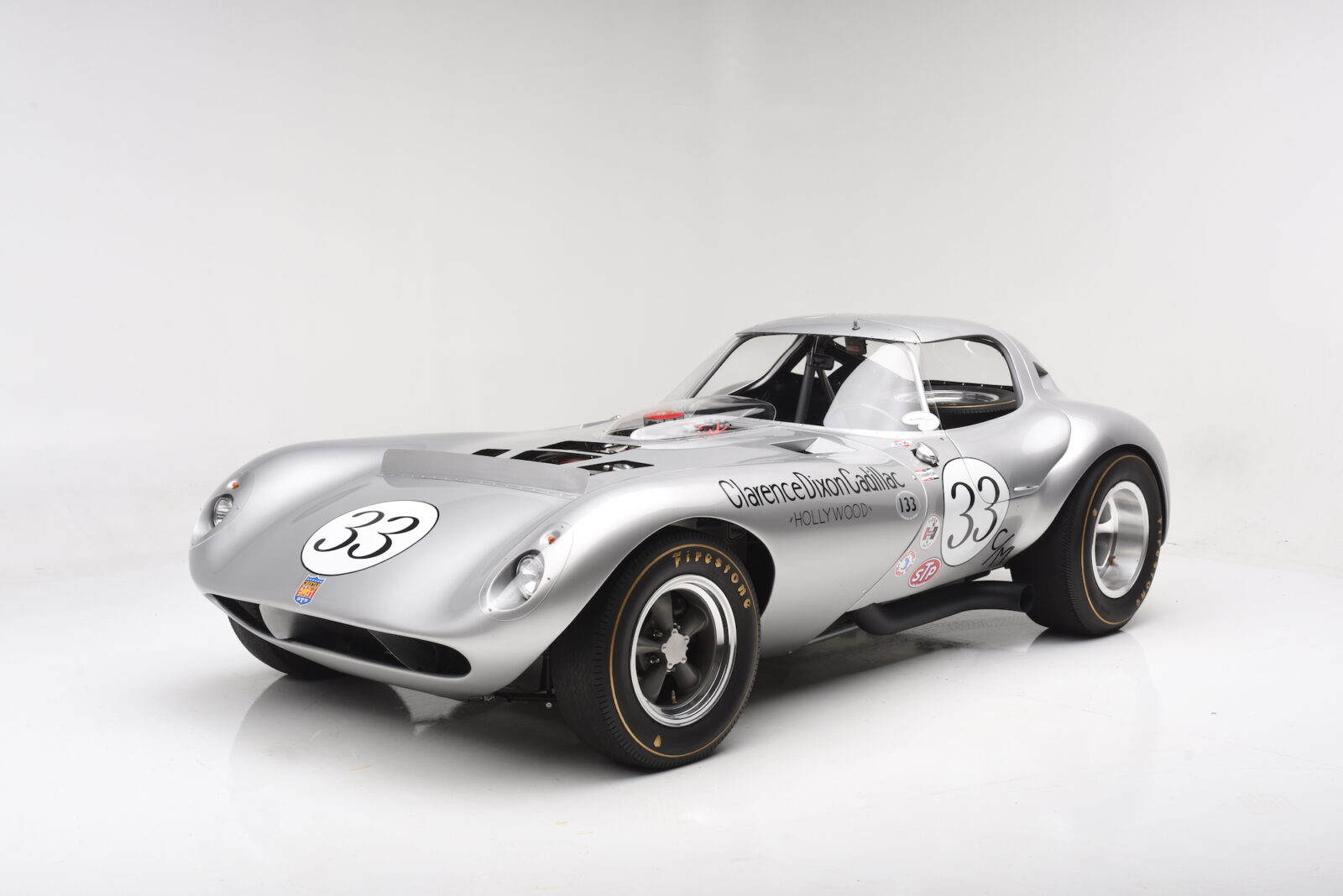 The Bill Thomas Cheetah was, unsurprisingly, built by an engineer named Bill Thomas. He developed the car with Don Edmunds using 100% American components and engineering, with his sights set firmly on Carroll Shelby’s then-new Cobra.

Thomas had been building fast Chevrolets for 7 years by the time the Cheetah project started in 1963. He had done performance work on the Chevrolet Corvair, and amongst other work he built the Chevy stock car that Louis Unser drove to a division win at the Pikes Peak International Hill Climb.

In the early ’60s Bill convinced Vince Piggins (GM Performance Product Group head honcho) to support the development of the Cheetah as a concept vehicle. Whilst Chevrolet didn’t provide any direct funding, they did send a Corvette 327 engine, a Muncie transmission, and independent rear-end assemblies.

The chassis was designed by Edmunds using chalk and a concrete floor. He laid out the engine, transmission and rear-end, then sketched the outline of the frame.

The Cheetah was originally designed as a showcase for what Bill Thomas and his team were capable of, it wasn’t intended to be a racer but more of an eye-catching design exercise. Once it was decided that the Cheetah would race, Edmunds immediately set to work adding additional strength to the chassis to withstand the loads it would experience on the track.

The car uses a chromoly space frame with a front-mid-mounted V8, a Muncie 4-speed, and an independent rear end. The first two had an aluminium body, and the production models that followed used lightweight fibreglass. As you can imagine, this meant that the Cheetah was an exceedingly light car, with a power-to-weight ratio that very few closed-wheel cars could match, then or now.

The 1964 car you see here was originally ordered with a 327 cubic inch V8 capable of 325hp, however it was upgraded to a 396 cubic inch (425hp) Corvette engine mated to a M22 Muncie Rock Crusher transmission, and disc brakes all-round in 1965. Then in ’67 an even larger Corvette heavy-duty 427 cubic inch L88 aluminium-head racing engine was fitted.

It’s been through a complete nut-and-bolt, museum-quality restoration by BTM LLC of Arizona and is now being offered for auction via Barrett-Jackson. It’s due to roll across the block in mid-January, and you can click here to read more about it or register to bid. 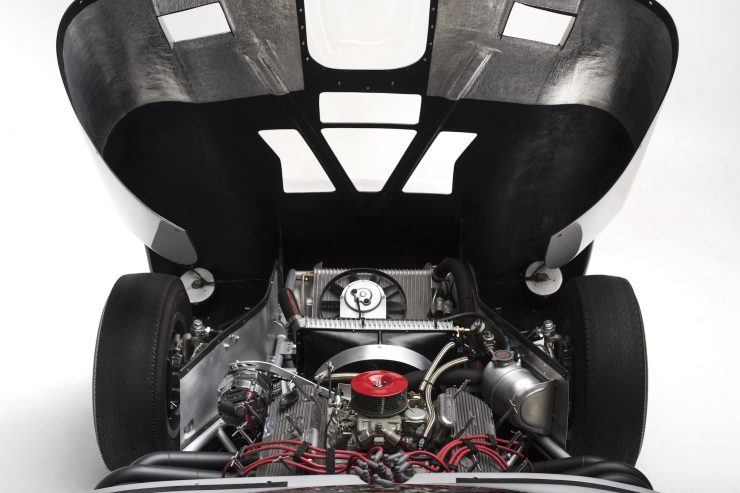 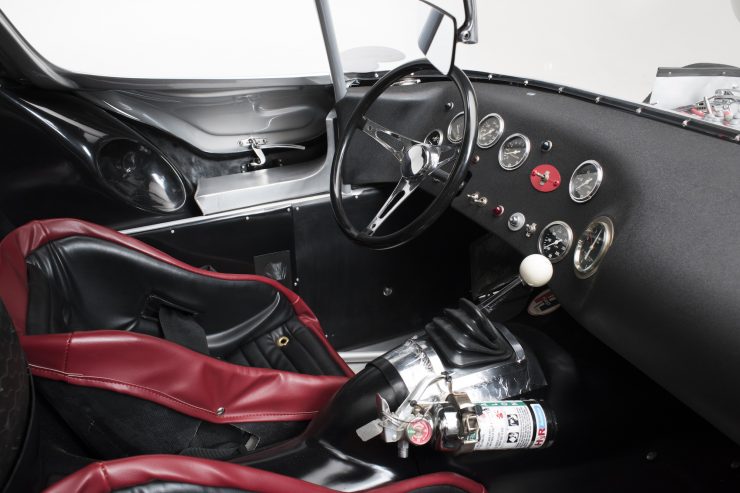 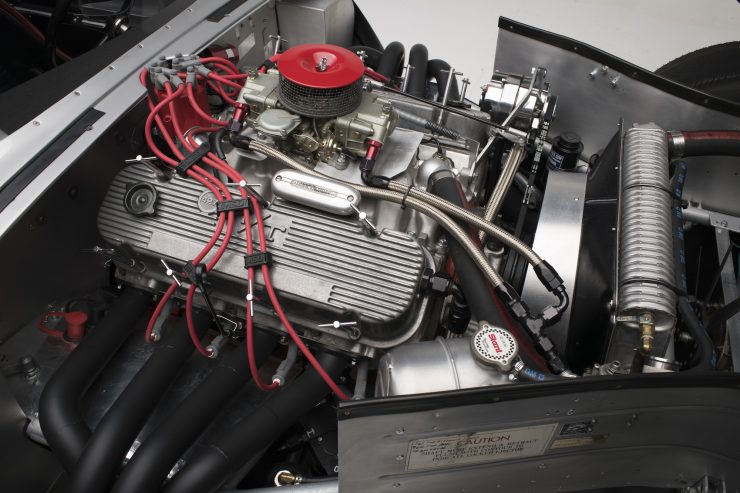 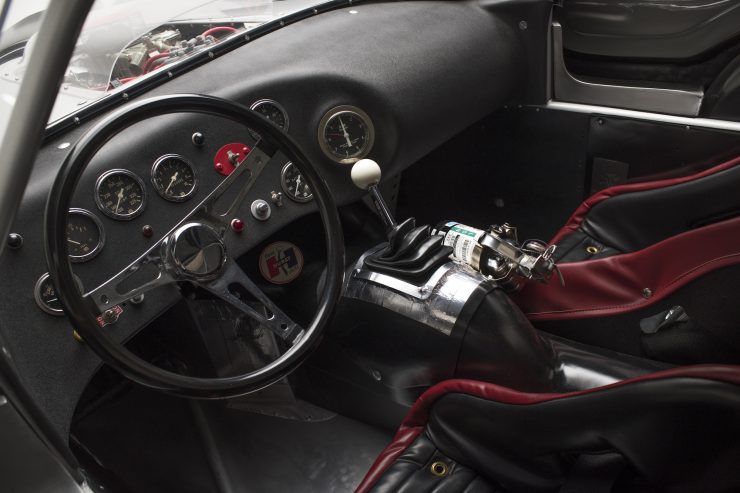 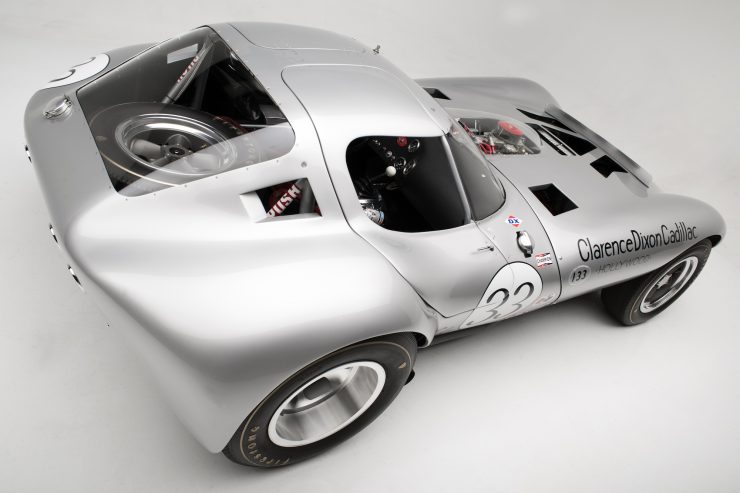 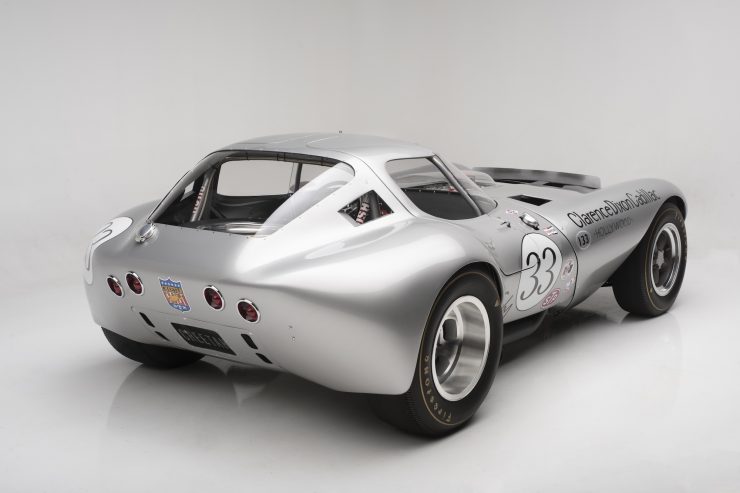 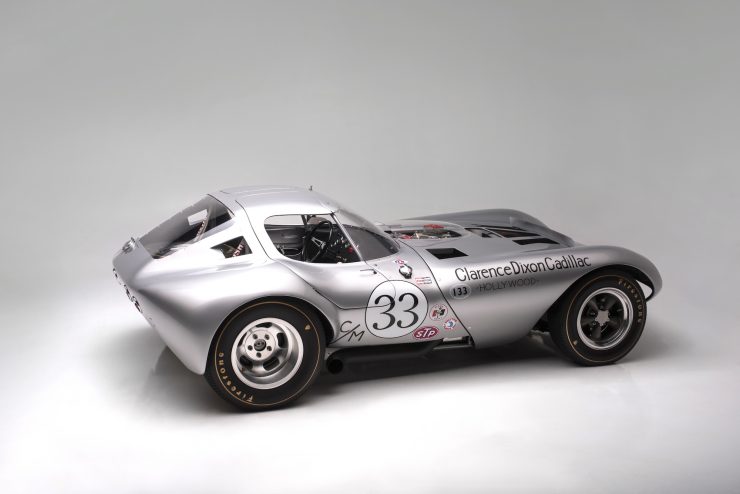 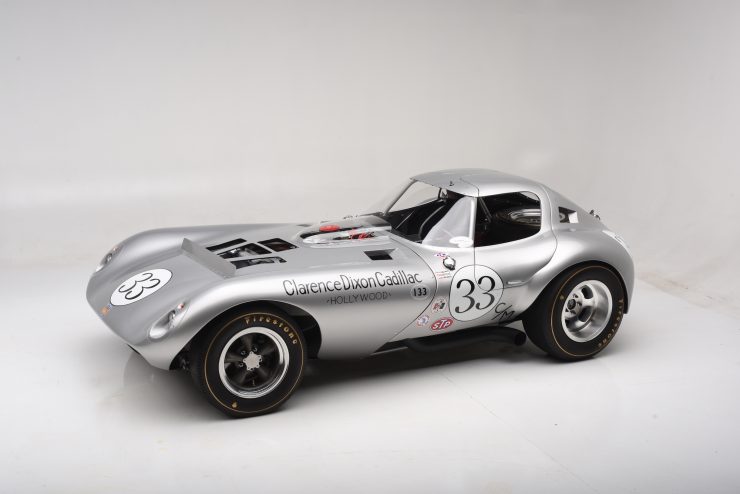 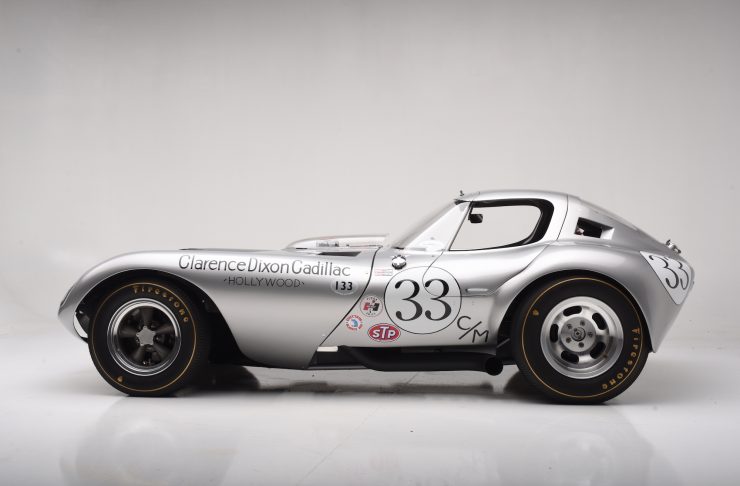 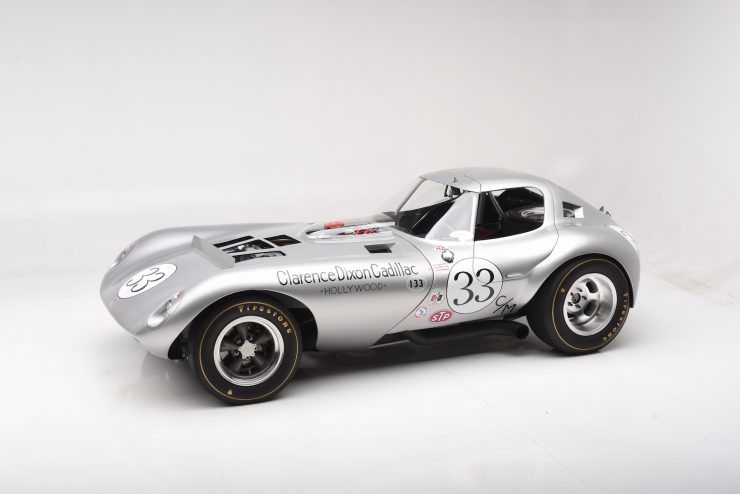 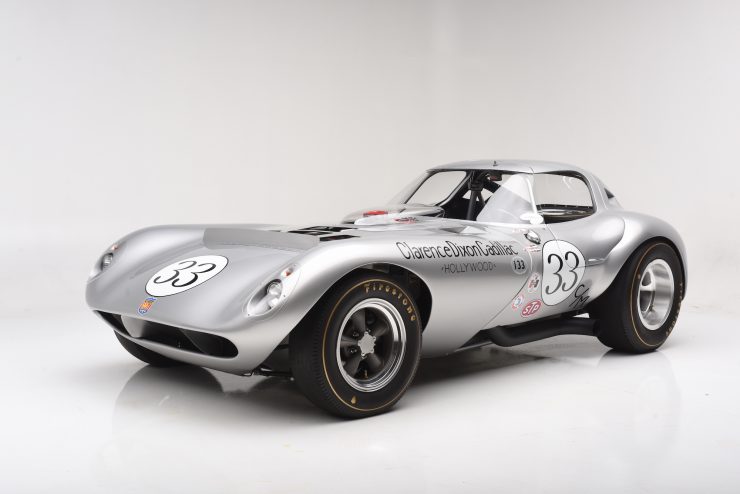 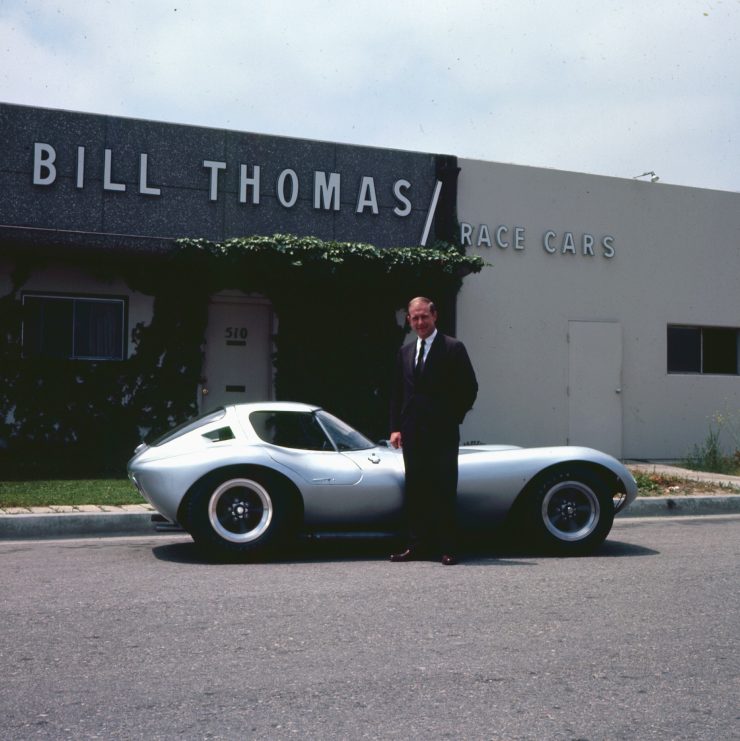 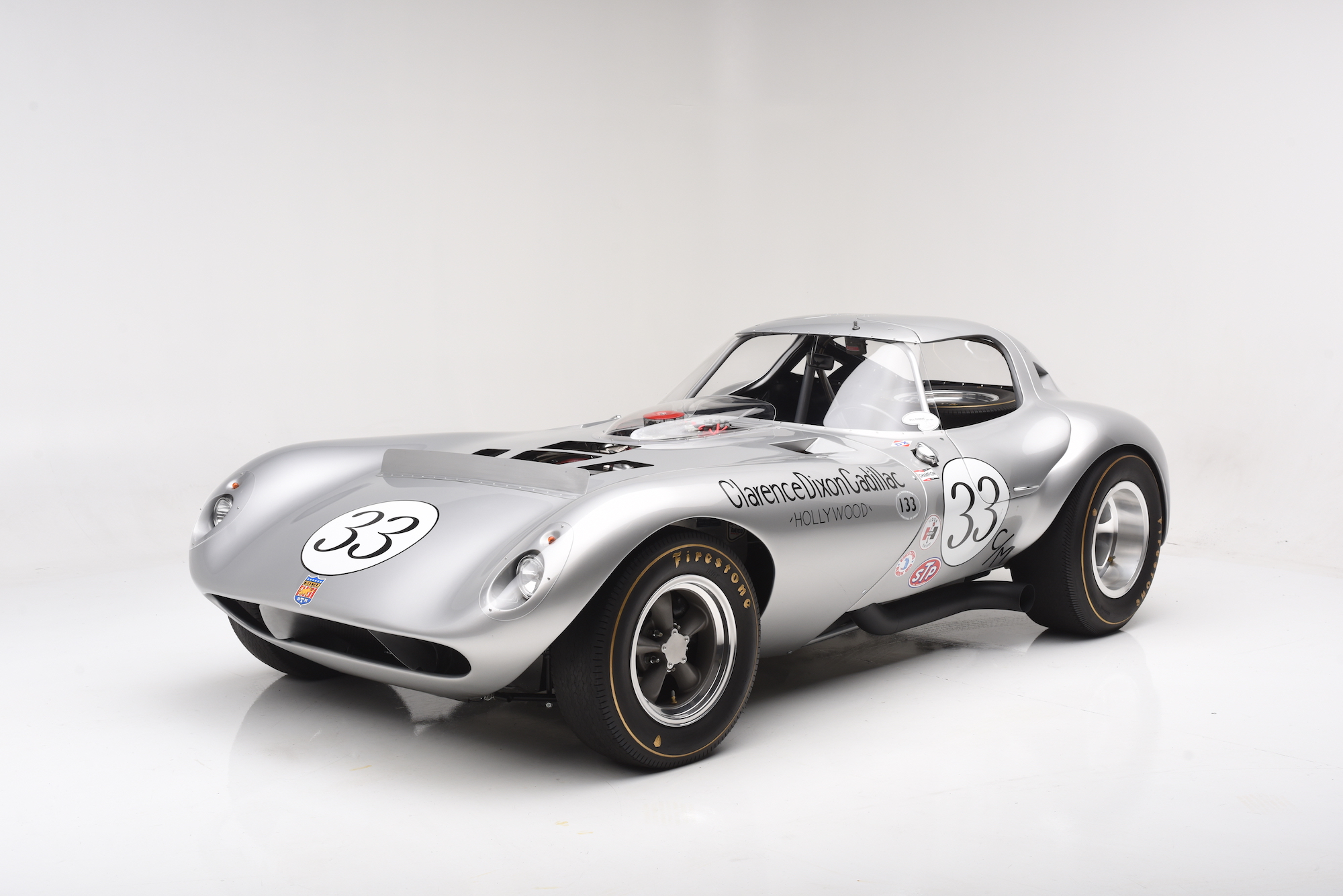