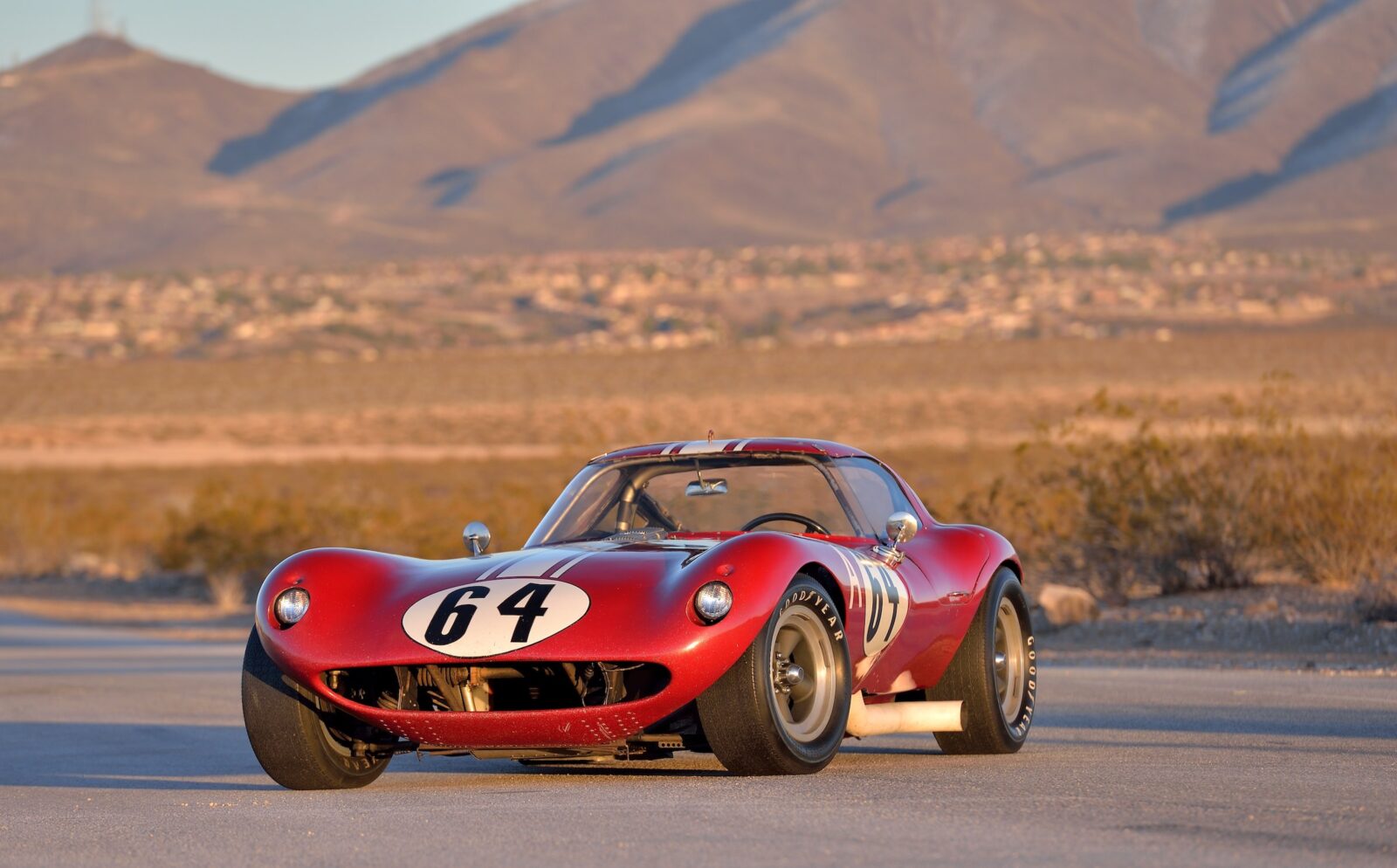 The Bill Thomas Cheetah has become an unlikely success story, the car was first designed as a concept car of sorts for Chevrolet who were seeking something a little more hard-edged than the Corvette to take on and beat the new Shelby Cobras.

Bill Thomas was a legendary California Corvette tuner who had been developing race winning Chevrolets since the mid-1950s, in fact he became so famous for it he was nicknamed “Mr. Corvette”. Thomas was approached by Chevrolet management to create a performance version of the Chevrolet Corvair, and he developed Bel-Airs and Biscaynes for drag racing.

Thomas would later be contracted by GM to develop the Chevy II and he built a Chevrolet race car for famed driver Louis Unser who piloted it to a win in his division at the Pikes Peak International Hill Climb.

It’s unlikely that Thomas would ever have guessed back in the early 1960s that his remarkable Cheetah would still be in limited continuation production almost 60 years later, well into the 21st century. 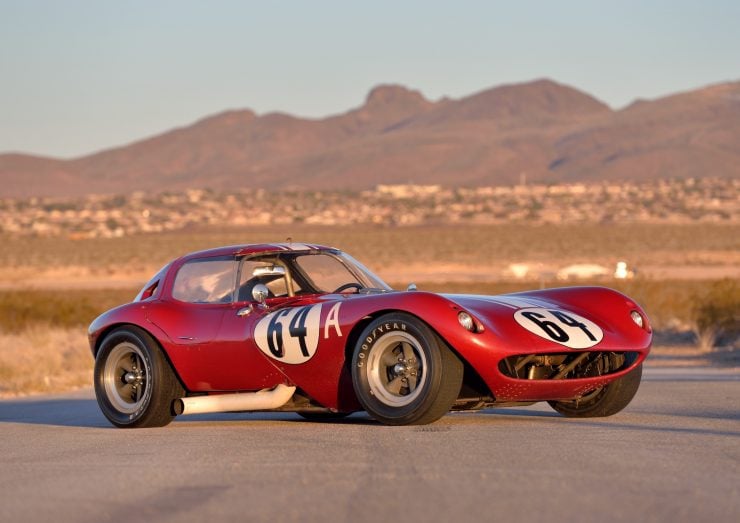 In 1963 Bill Thomas and General Motors Performance Product Group Head Vince Piggins conceived a covert plan to create a new proof of concept vehicle that could challenge the dominant roadsters being turned out by Carroll Shelby.

Thomas and his chief fabricator Don Edmunds famously laid the engine, transmission, and differential out on the concrete floor of the workshop and sketched out a chassis and body design around it in chalk. Their plan was to incorporate as many best-practices as possible into the new car, including a front-mid-mounted engine for optimal weight distribution, an aerodynamic coupe body, the lowest centre of gravity possible, and the lowest weight possible – courtesy of a steel space frame chassis and a lightweight aluminum or fibreglass body. 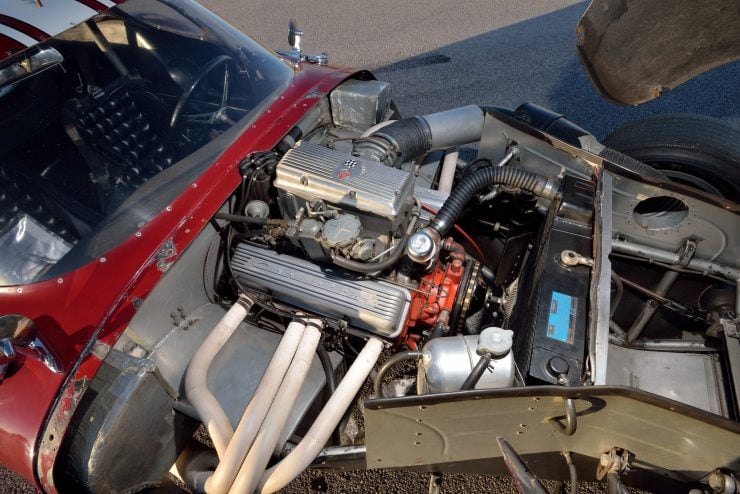 The two greatest challenges faced by the Cheetah were caused by the fact that the car wasn’t initially intended as a race car, but as a proof of concept design. The chassis would need significant gusseting and strengthening before it was suitable for the stresses of circuit racing, and the heat build up caused by the headers wrapping around the driver and passenger foot-boxes would partially roast the legs of more than one driver.

Once these teething troubles were remedied the Cheetah proved a highly capable race car, taking a slew of wins and podiums, rising to a level of fame that belied its low production numbers – just 11 cars were completed in period. The popular slogan “Cheetahs Always Win” was coined for the cars and incorporated into a series of t-shirts, stickers, and other merchandise that was a hit with race attendees.

In the early 2000s a series of officially recognised continuation cars were developed with Bill Thomas’ approval and signature, so fortunately the Cheetah isn’t quite as rare now as it once was, and they’re a regular sight at vintage motoring events and races. 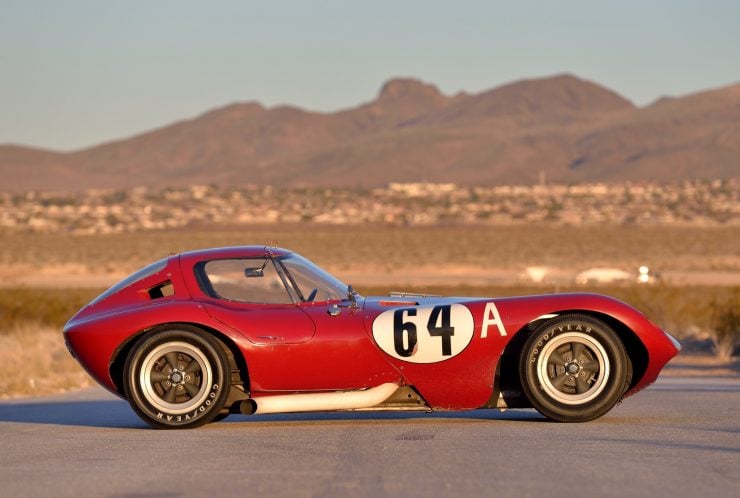 The car you see here is one of the original cars from 1963, it’s now one of the most original Cheetahs known to exist and it’s still in unrestored condition. It’s the 4th of the 11 cars made, featuring a fibreglass body and a fuel-injected 327 Corvette V8, an M21 4-speed transmission, and a C2 Corvette differential.

This car was originally sold to Bud Clusserath who, along with fellow Cheetah owner and racing driver Ralph Salyer, set track records all over the United States, including 185 mph at Elkhart Lake. The Cheetah was sold on to Ohio racer Sam Goins in 1965 who raced it until 1970. Goins then keep the car in original condition for the next 48 years, occasionally taking it to gymkhana events and shows.

The Cheetah is now up for sale for the first time in almost half a century, it come with a trove of original documentation, and it represents an incredible opportunity to acquire one of the most important Cheetahs this side of the Serengeti.

Mecum will be offering the Cheetah at the Indy Auction in mid May, if you’d like to read more about it or register to bid you can click here to visit the listing. 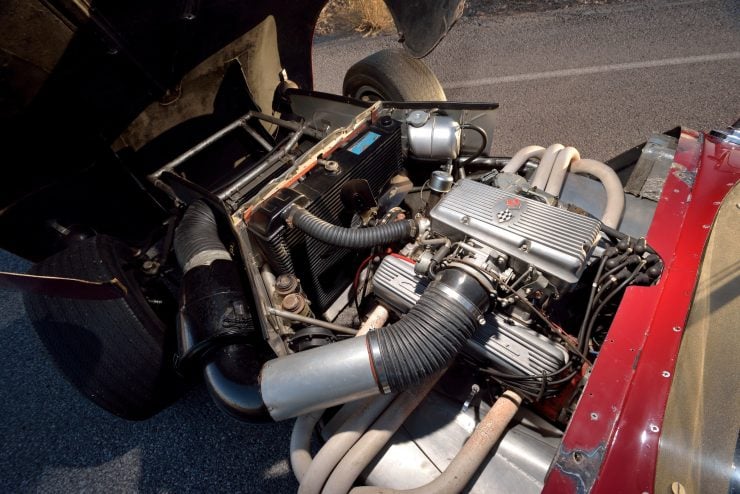 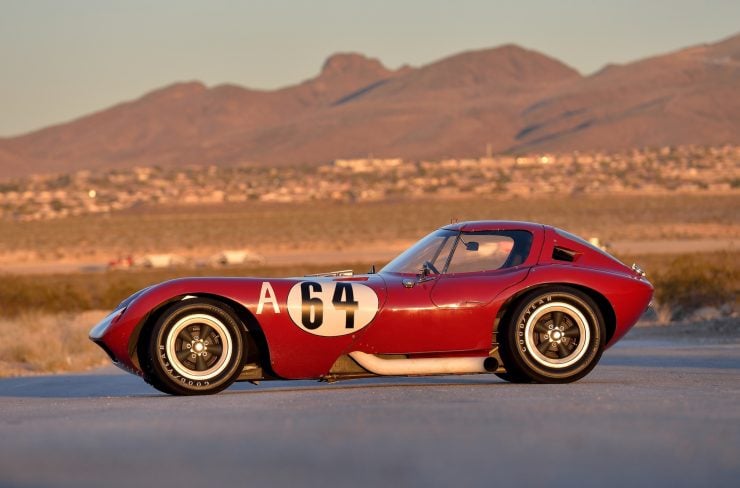 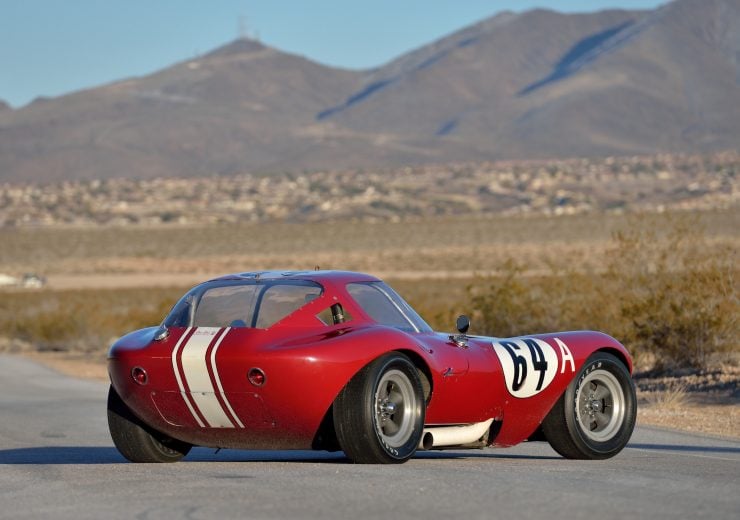 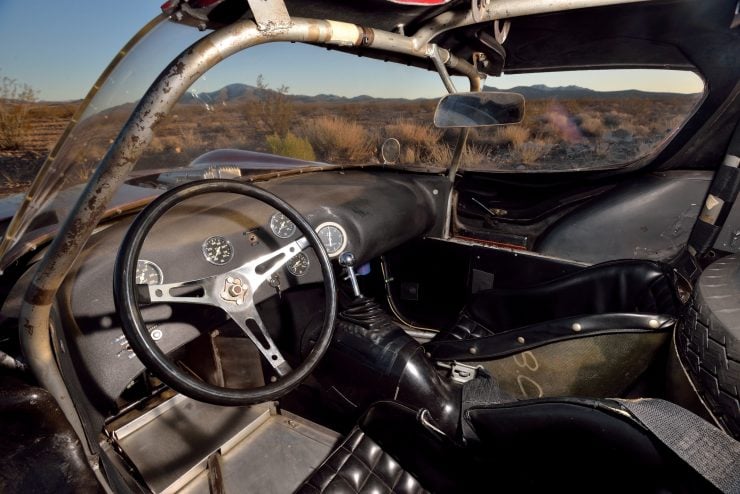 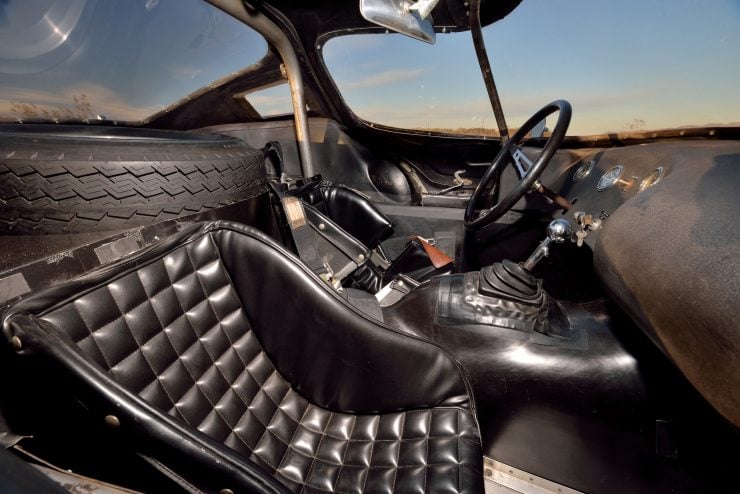 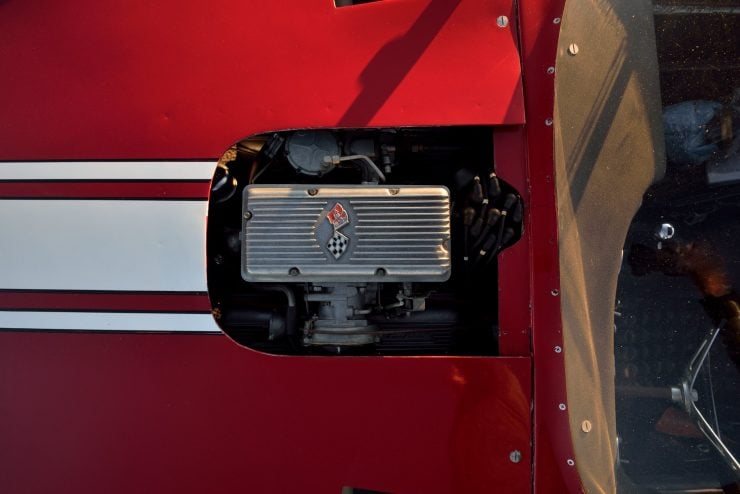 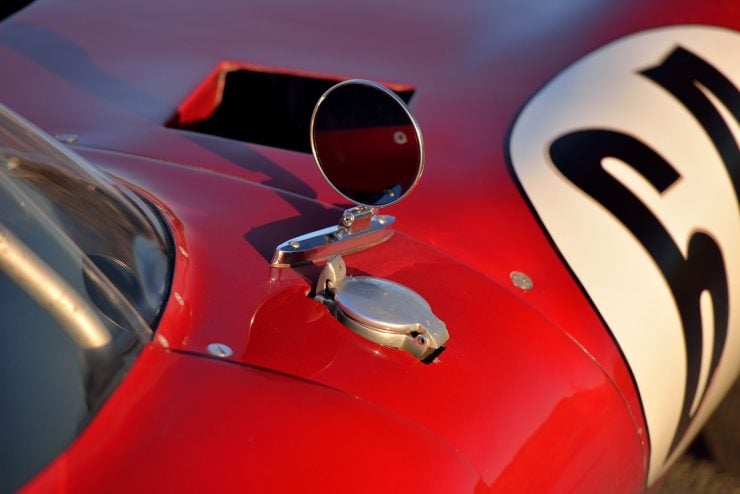 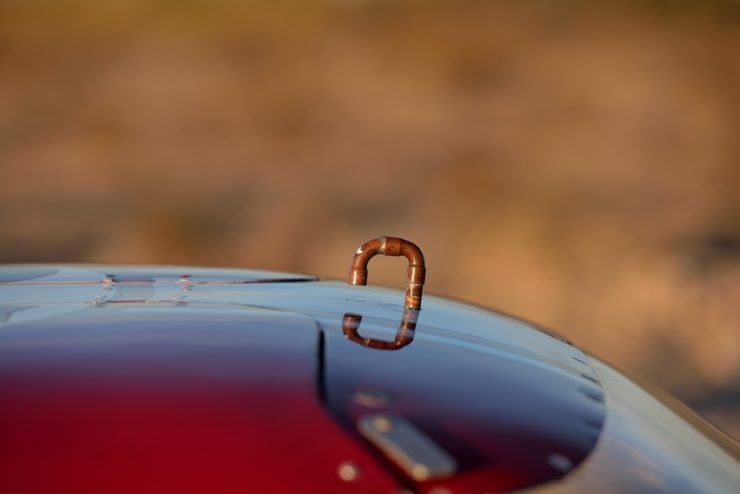 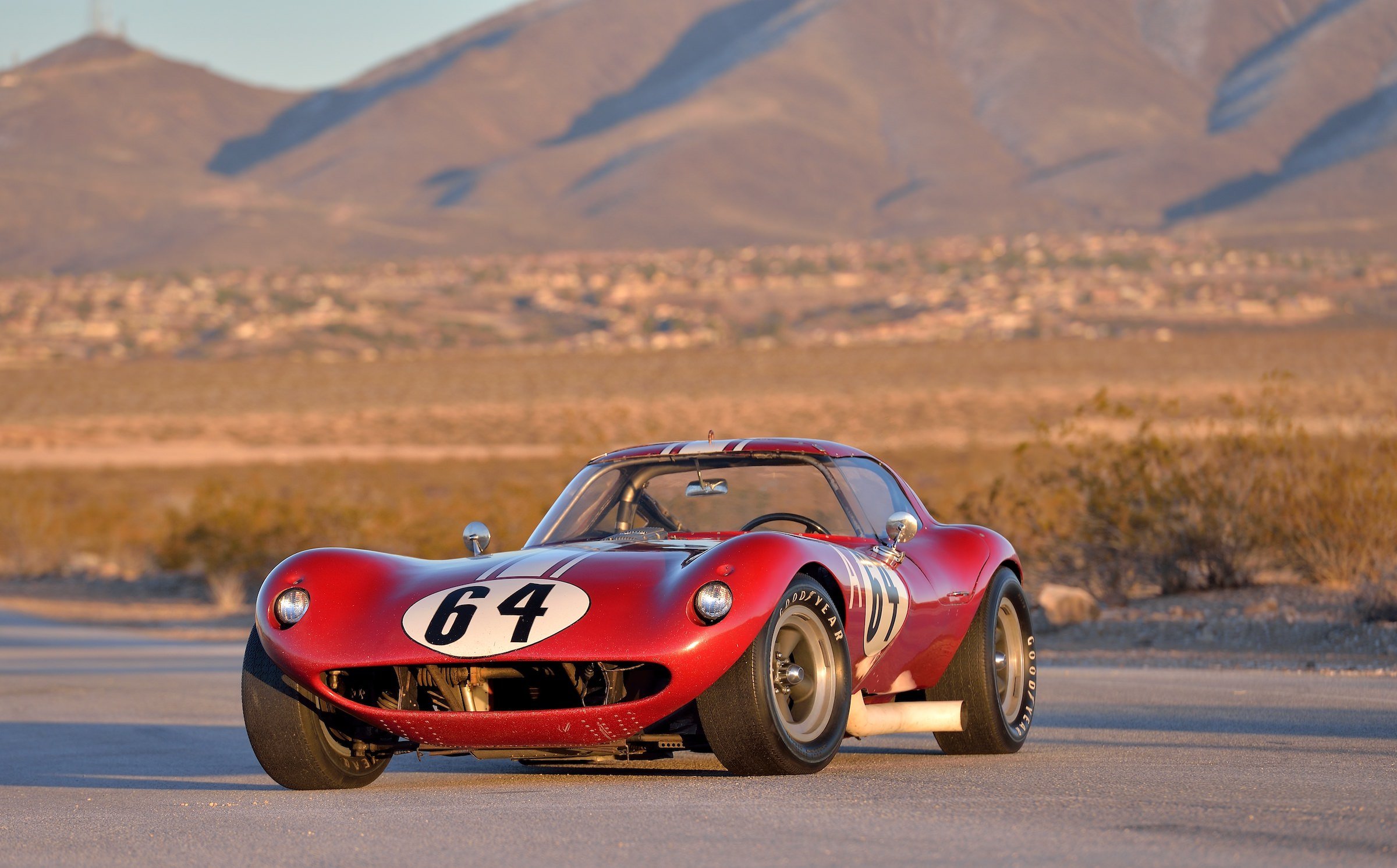