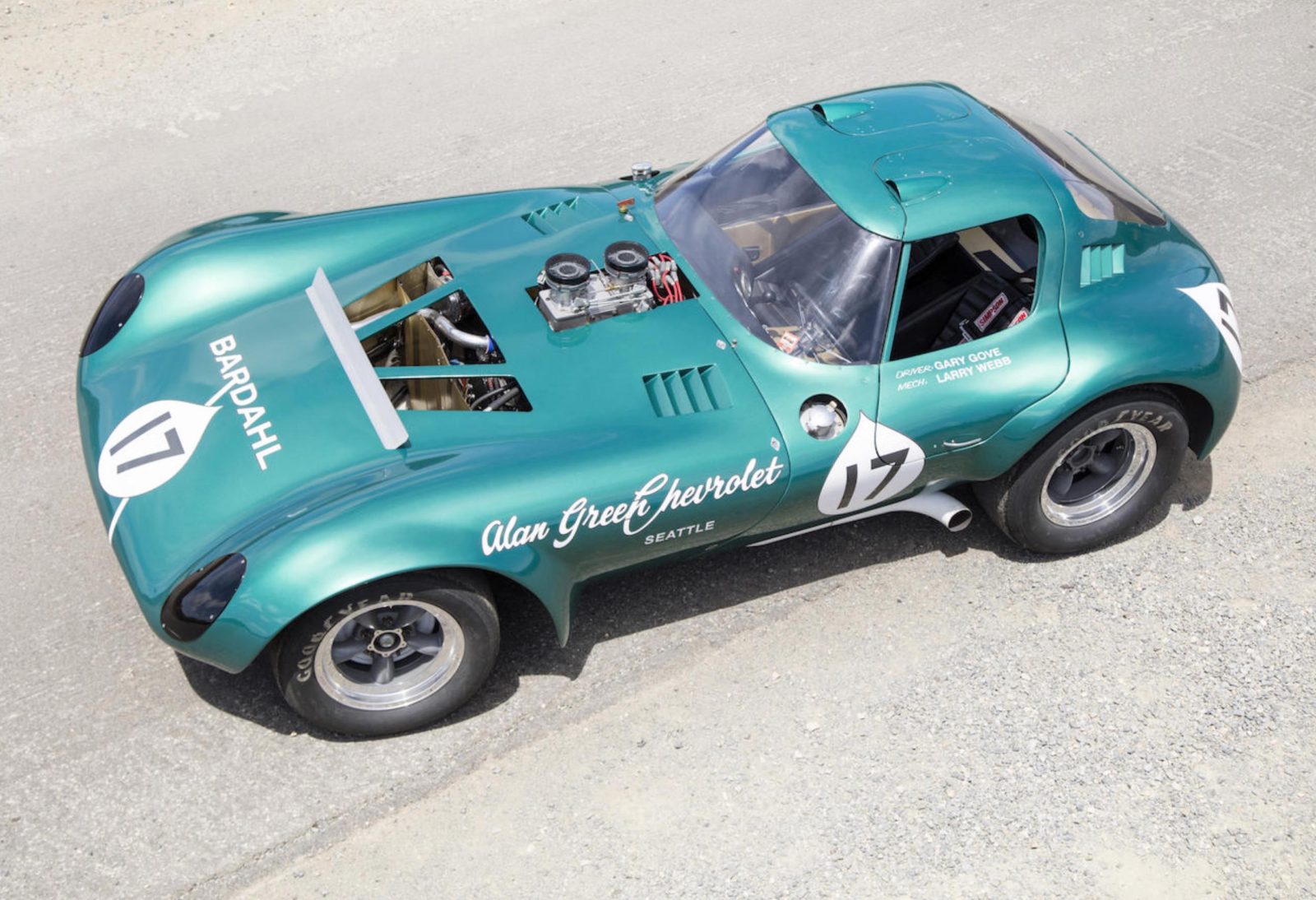 The Cheetah GT is a car built by Bill Thomas and his team with a very specific target in mind – Carroll Shelby and his then new Shelby Cobra.

As a race car builder, Bill Thomas had worked with Chevrolet on a number of projects including performance work on the Chevrolet Corsair, Biscaynes and Bel-Airs for drag racing, and a Chevy-powered stock car for Louis Unser who used it to win his class at the Pikes Peak International Hill Climb. General Motors also contracted him and his team to work on development of the Chevy II.

Bill and his lead fabricator Don Edmunds had a famously seat of the pants method for developing cars, in the case of the Cheetah GT they selected the engine, transmission, and differential they wanted to use, then laid them out on the floor of their workshop and drew up a chalk outline that would become the blueprint for the lower part of the space frame chassis.

The body started out as a sketch on a piece of paper, that was then mocked up using a plywood body buck that was built right onto the lower part of the chassis. Once the buck was completed it was sent off to California Metal Shaping – and they built a one-off aluminium body which allowed the prototype car to be shown to the bosses at Chevrolet for final approval.

Each of the later cars (bar one) would be built with far simpler to manufacture fibreglass bodies built by Contemporary Fiberglass, and the windshield, side windows and rear window were manufactured by Aircraft Windshield Co.

The uncomplicated development of the Cheetah GT belies the amount of thought that actually went into it. Bill and Don made a point of installing the engine as far back as possible for optimal weight distribution, in fact the engine is so close to the back that the gearbox connects to the differential using a driveshaft that is basically just a universal joint with an attachment at each end.

The occupant’s legs ran along each side of the engine block and a set of headers were built that ran over the leg compartments and then down into a main pipe that exhausted along each side of the car in front of the rear wheels. The downside to this layout was the head build up in the cabin, and some racers even experimented with cutting off the fibreglass roof to allow the heat to escape.

The final specification Cheetah GT weight in at just 1500 lbs – a full 450 lbs lighter than the Shelby Cobra. It was fitted with a 377 cubic inch Corvette V8 fitted with a modified Rochester fuel-injection unit. The twin air metering units stick up noticeably above the hood just in front of the windshield, and many mistake them for carburettors as a result of their appearance. The engine was bolted to an aluminium-case Borg-Warner T-10 4-speed transmission, and the Cheetah rides on double A-arm suspension up front, with a Corvette-sourced rear suspension with trailing torque arms.

With its exceedingly light kerb weight and upwards of 500 hp on tap (depending on tune), the Cheetah GT was quite clearly going to dominate the Shelby Cobras – and would likely have become as famous, or perhaps even more so. But as fate would have it, the SCCA changed the homologation requirement from 100 cars to 1,000 cars in 1964, the same year that Bill’s workshop burned to the ground in an accidental fire – a double whammy that spelled the end for the Cheetah.

Although it never got to compete with the Cobra, the Cheetah GT has an ardent following, and continuation cars have been in and out of production over the past few decades – with many incorporating many chassis, drive train and braking system upgrades that make them even faster than the originals.

The all-original 1964 Bill Thomas Cheetah GT you see here was delivered new to Alan Green Chevrolet (hence the colour choice), it’s due to be sold via Bonhams at the Quail Lodge Auction on the 19th of August and you can click here if you’d like to enquire about it or register to bid. 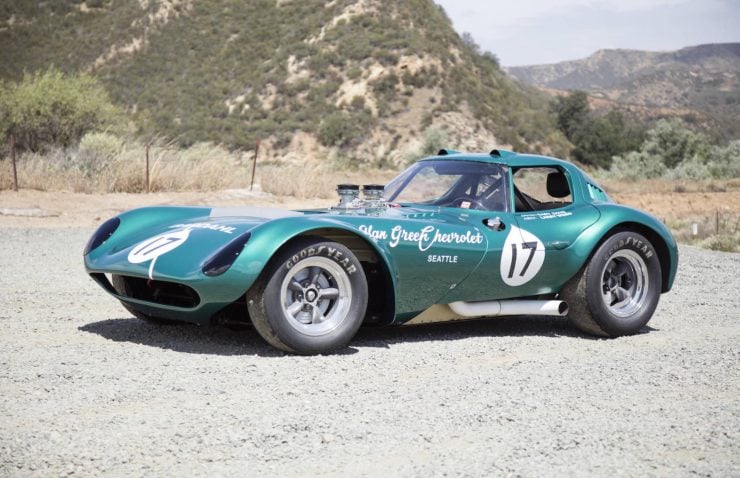 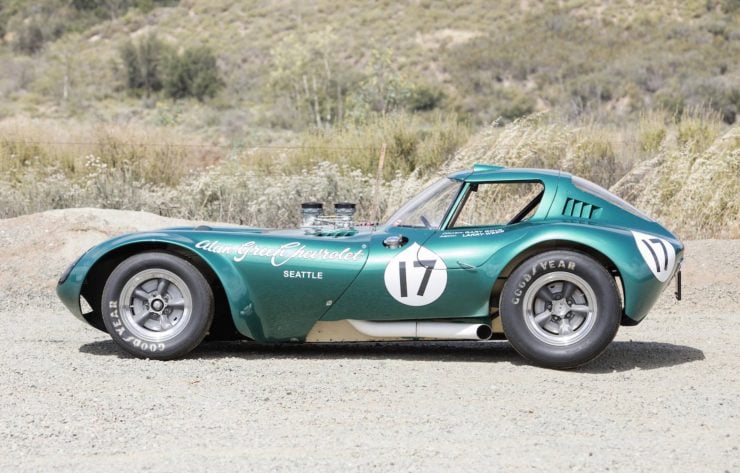 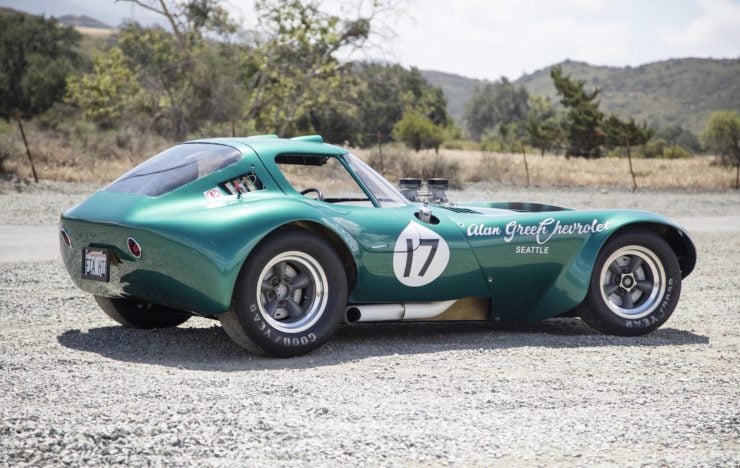 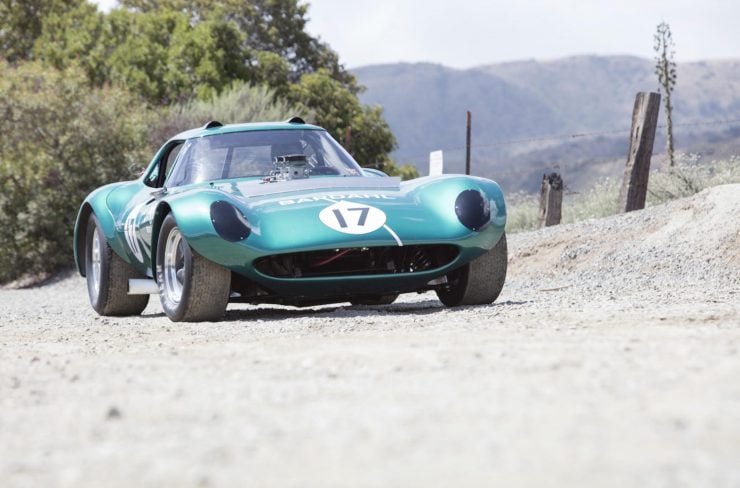 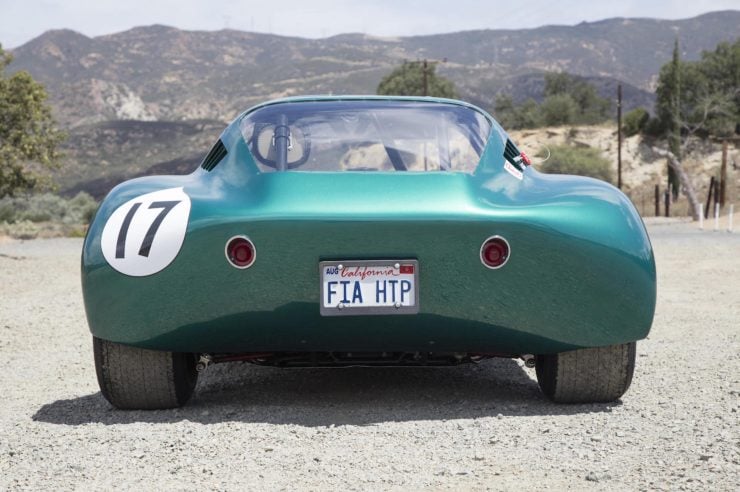 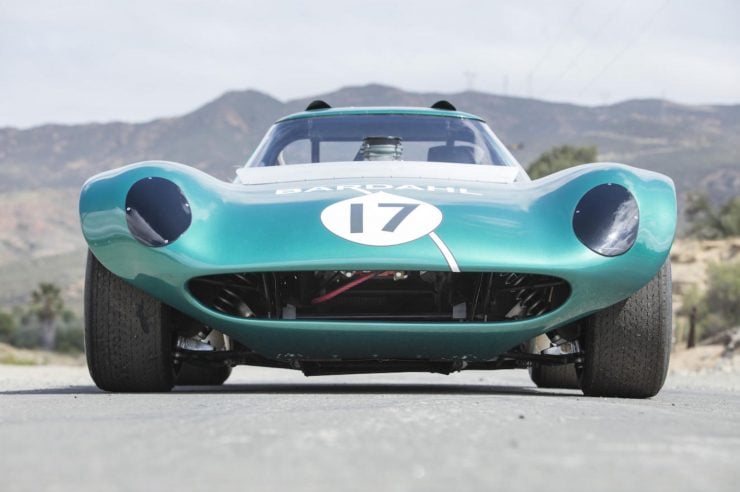 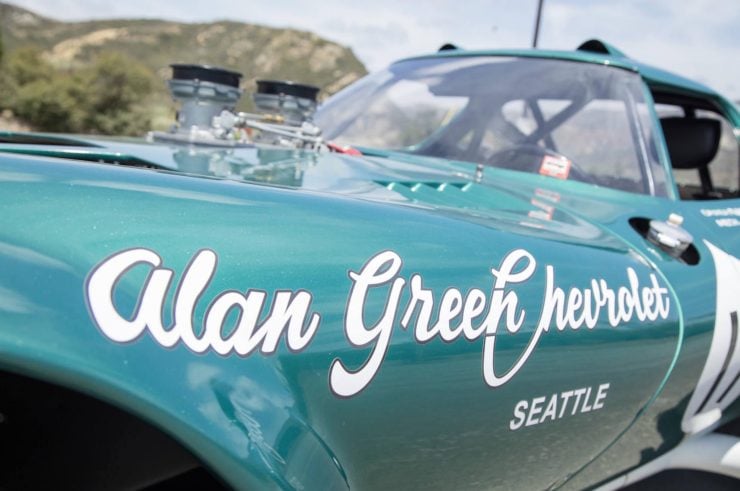 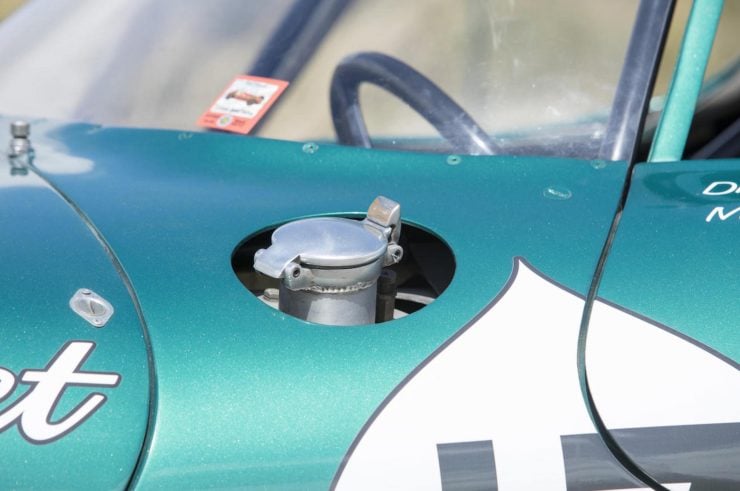 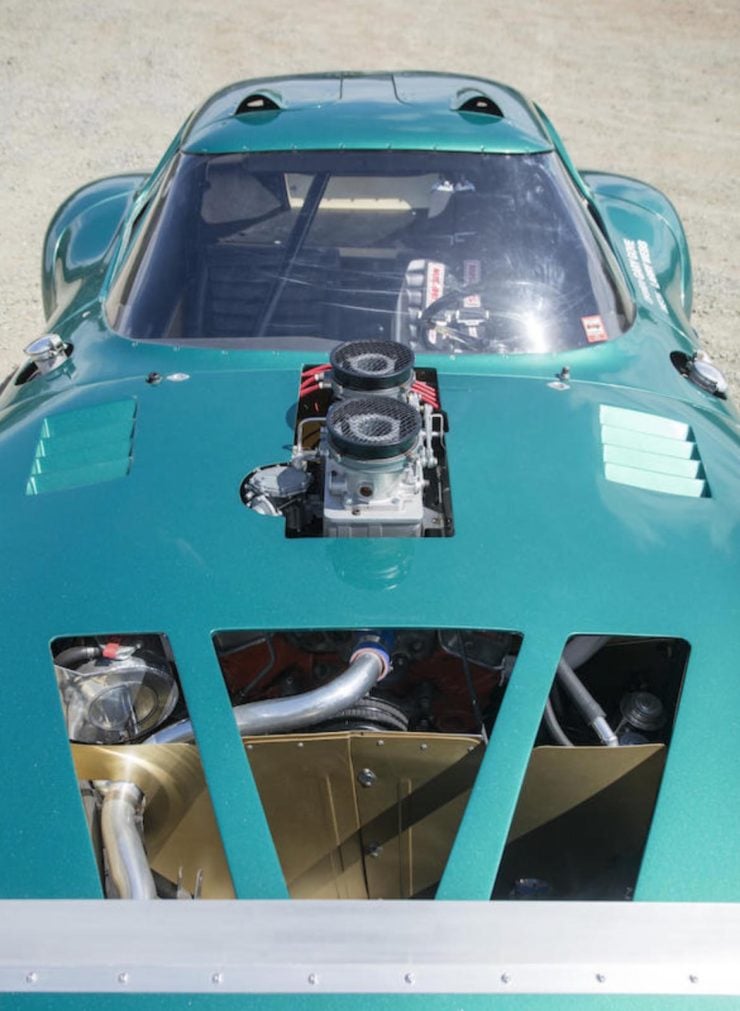 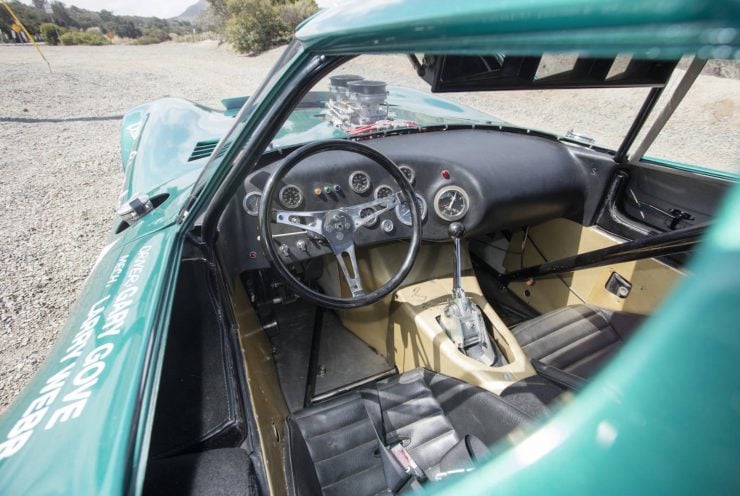 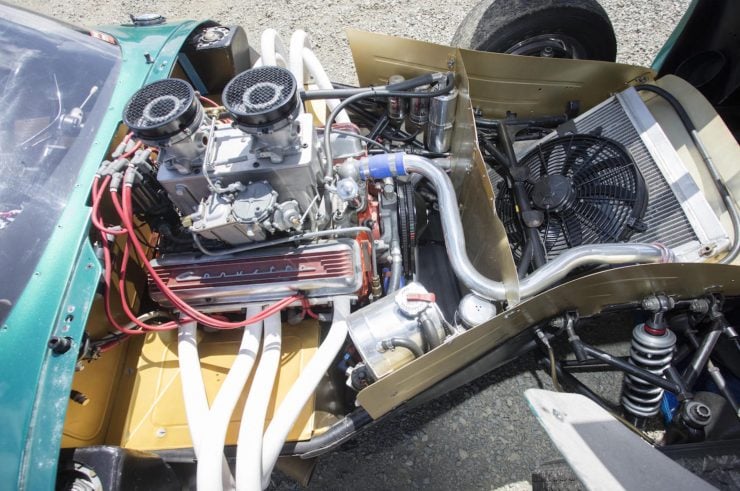 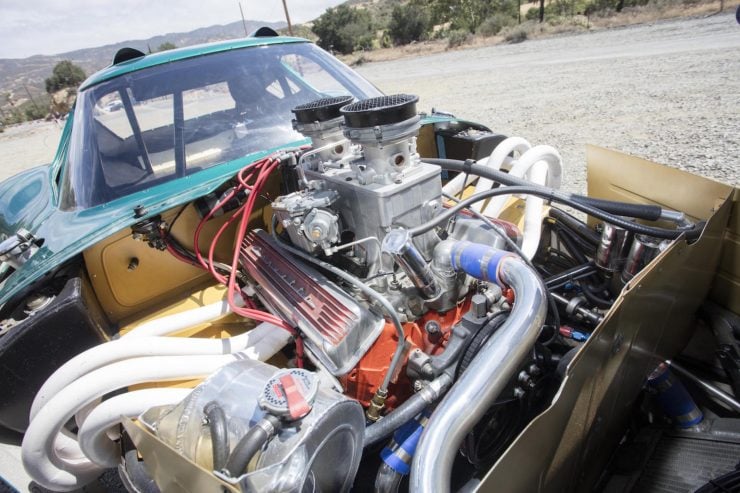 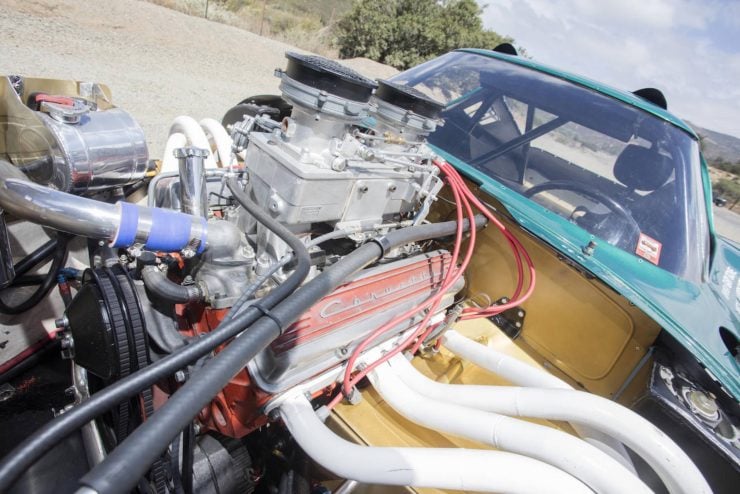 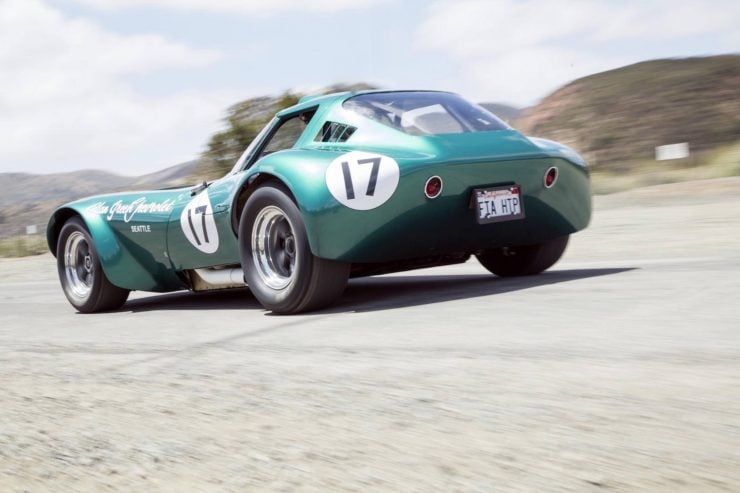 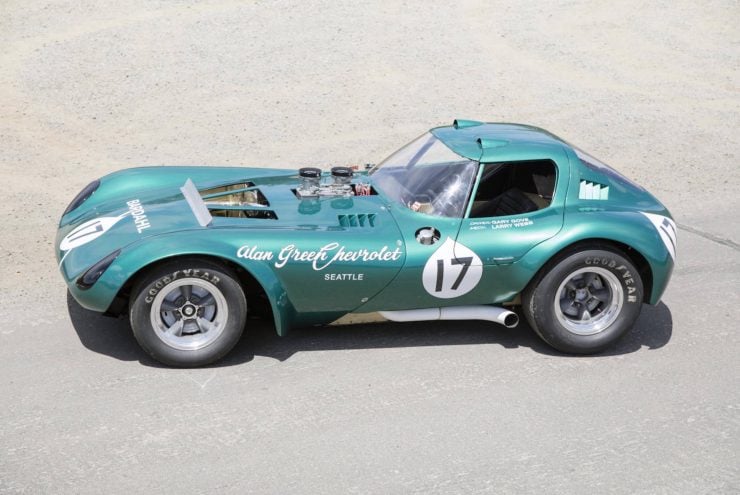 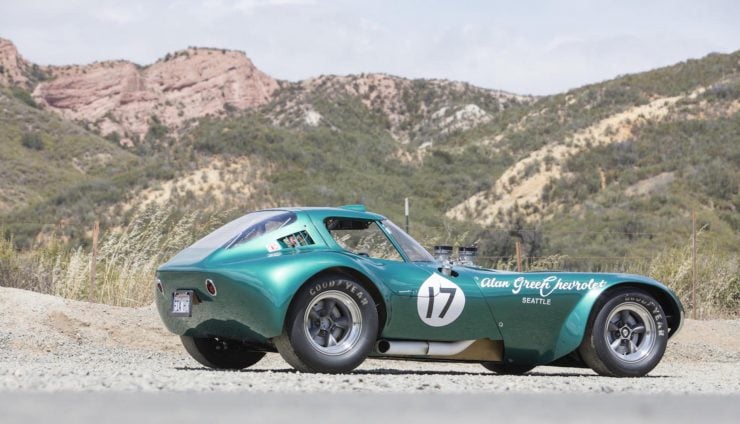 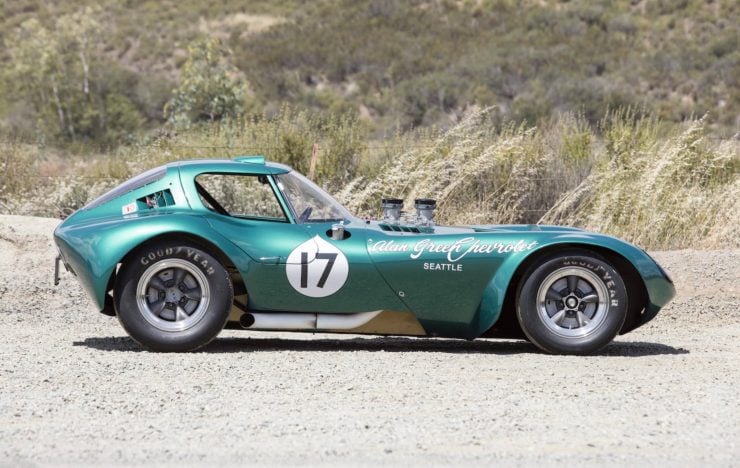