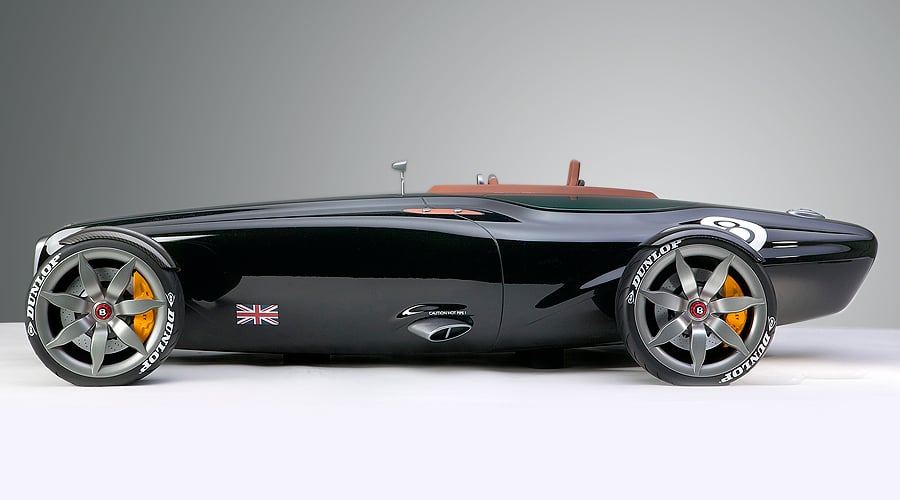 Benjamin Knapp Voith is a staggeringly talented automotive designer, he spent 8 months working on this car, the “Bentley Barnato Roadster” and the attention to detail is self-evident.

The Bentley Barnato Roadster was designed to evoke the spirit of the original racing Bentley’s, the cars that had superchargers bolted onto the front and went belting around Brooklands setting new speed records and winning races whilst being derisively dubbed “the fastest trucks in the world” by Ettore Bugatti. 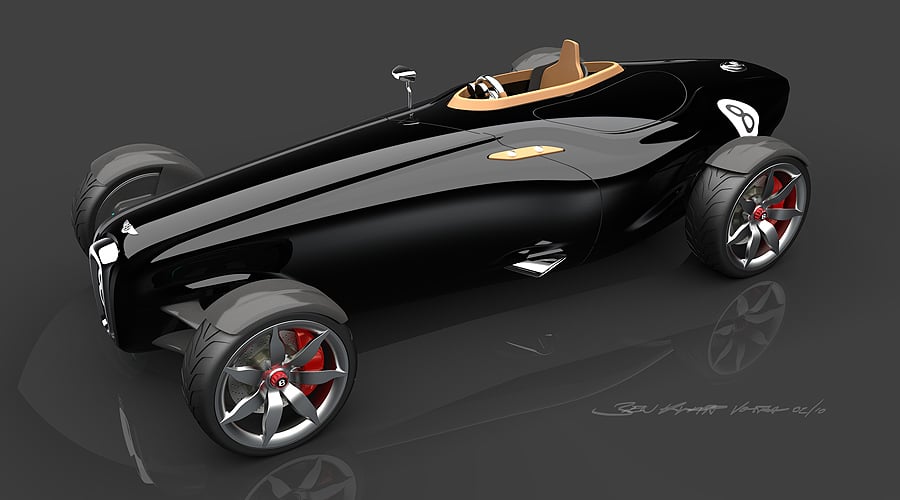 Knapp’s roadster is based on the same wheelbase as the current generation Bentley Continental GT, the drivers seat has been moved back a little in order to bring the engine back and give the car better balance and the open-wheeled layout is powerfully reminiscent of the Bentley Hawkeye Special that we featured recently.

The Barnato Roadster’s asymmetrical seating arrangement is interesting and is quite clearly meant for racing, the optional passenger seat is positioned lower than the drivers seat to provide a slight centre-of-gravity bonus and the sweeping tail section of the car is so beautiful it’s almost obscene.

The only real drawback to the design appears to be the front grill, although it is beautiful it’s also rather small and it is difficult to imagine it providing adequate cooling for a thirsty Bentley V8 engine tuned for racing. That said, it’s possible that Knapp has added additional cooling units inside the hood to take care of this potential issue.

If you’d like to see Benjamin’s portfolio, hit the link here. 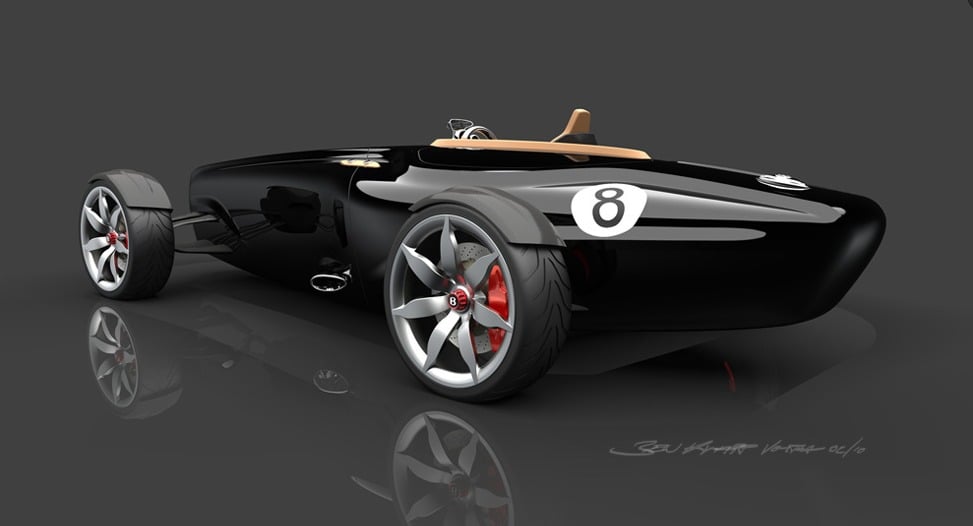